Hi, well as usuall I forgot my camera untill 3/4 done with my build. So a little back story to catch you up. I had 2, 10 gallon tanks that I broke while drilling them. I started out removing the plastic trim off both. Then after cutting out the first broken piece, and the tank laying there on it's front/face, I thought it would be cool that instead of a 10 gallon being 20lx10dx12t what if I made it 20lx12dx10t, so I took the other tank and removed the front pain and cut it down to fit whare the top woulda been on the other 10 gallon. It turned out great! It stat like that for a month or so. About 2 weeks ago I took a load to the dump, and I saw a couple fountains, they were beat up but I noticed that they had 12volt water pumps on them, and since they didn't look like they ever had water in them I scavenged the 2 pumps (yes they do work!!)Then lastnight while I couldn't sleep I came up with a plan for the 10 gallon tank. Thismorning I put the plan into action! Here are some pic's, I still need to puddy the brad holes, paint it, and figure a little more to do with the top piece. 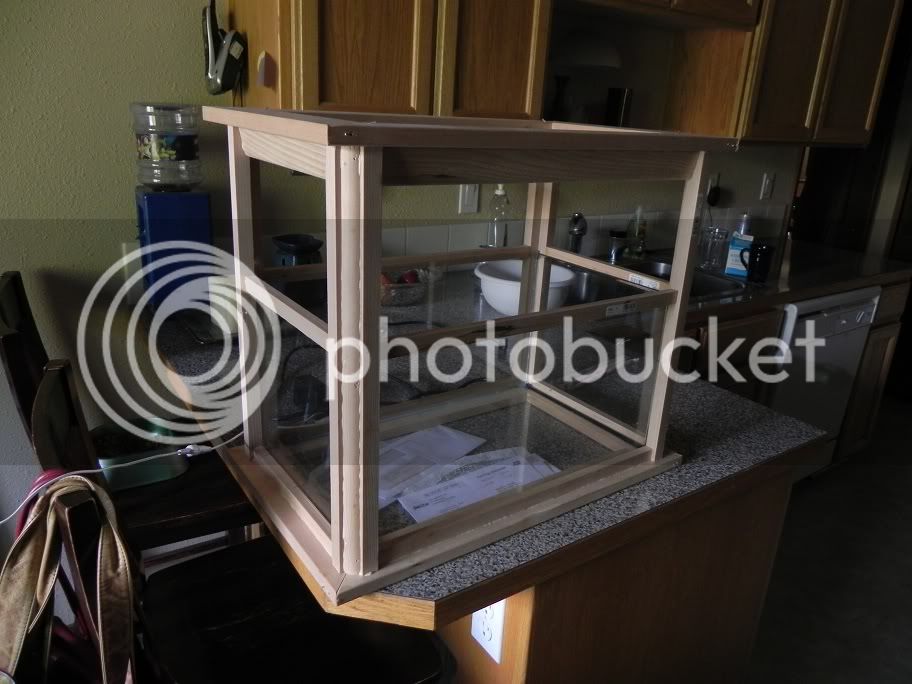 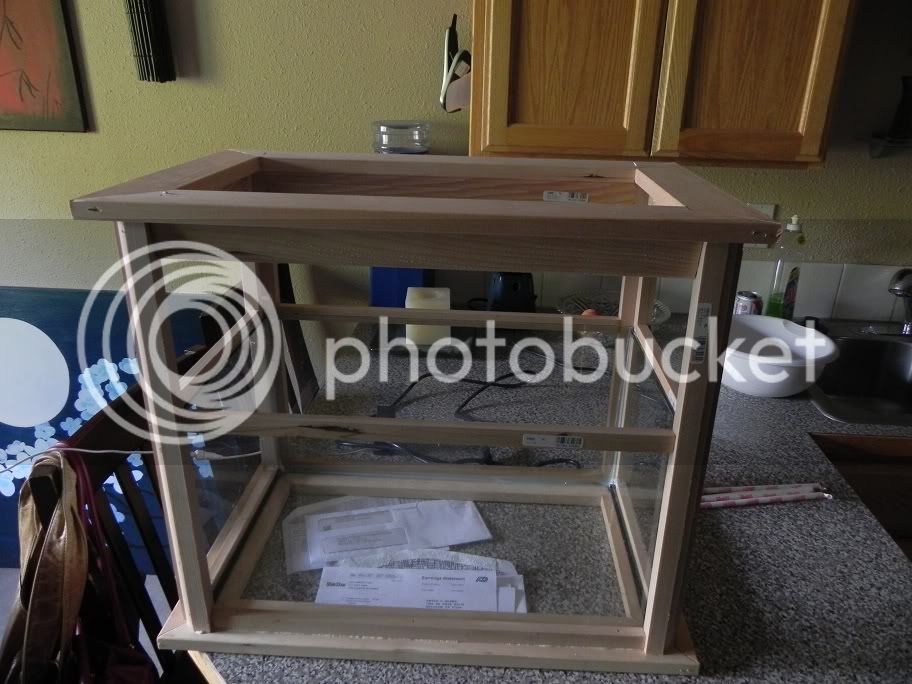 I got these LED's a while ago, and now have a use for them. 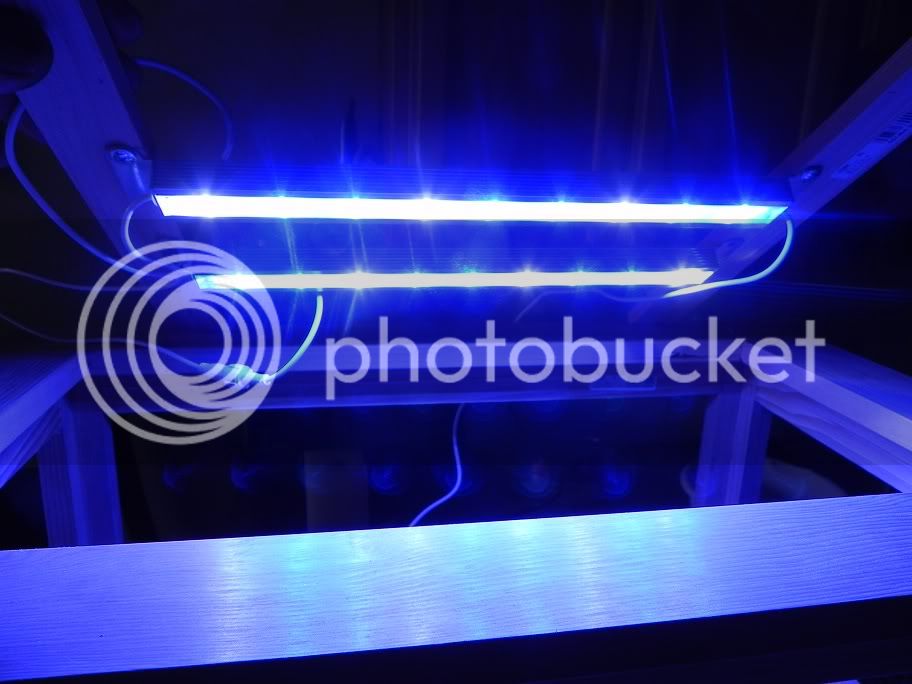 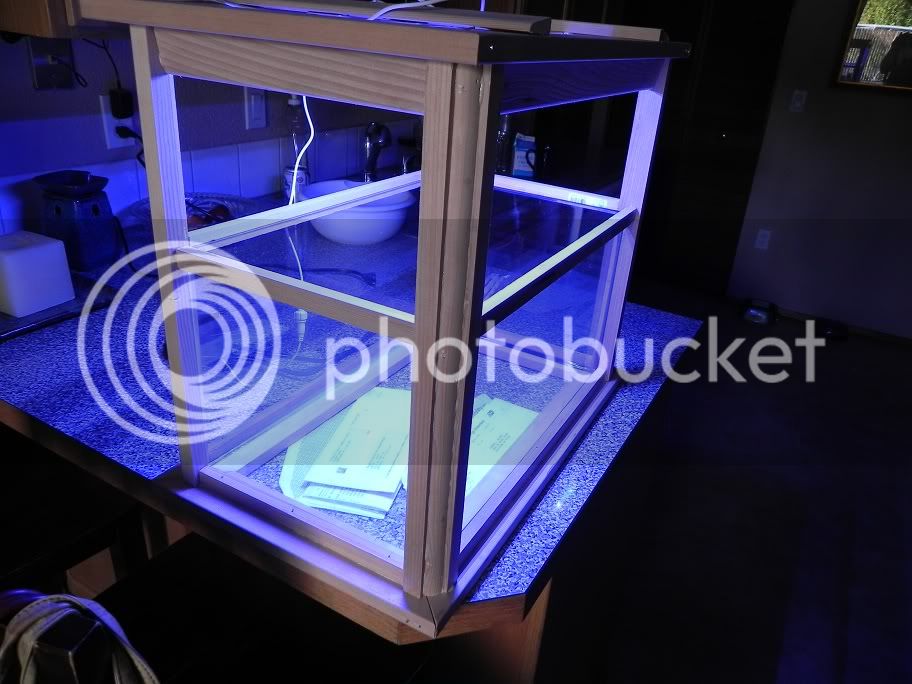 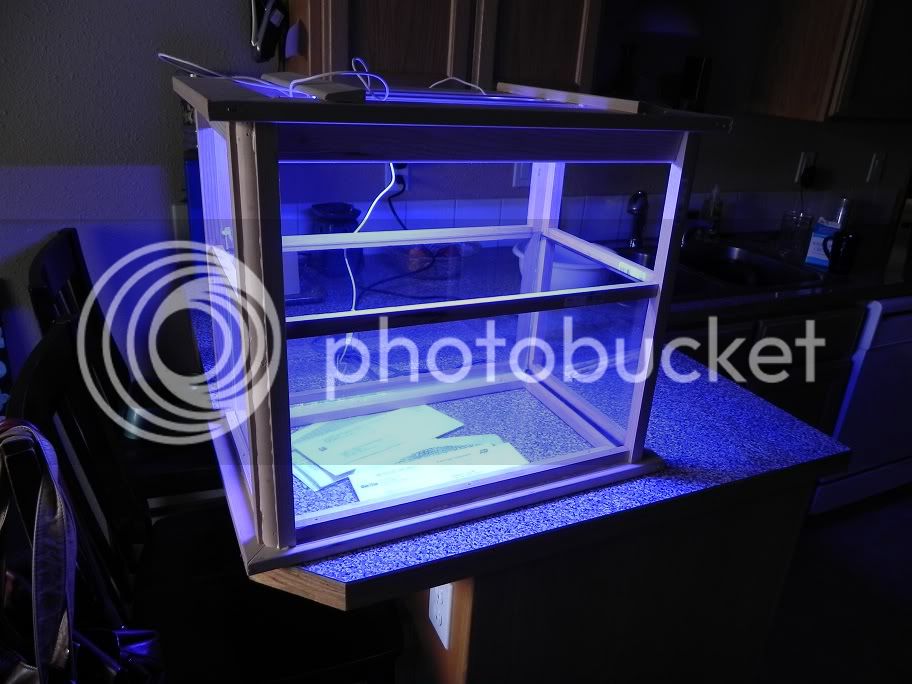 I plan on keeping deep water SPS and a couple chalaces. Will have 1 inch of sand, 10 lbs of LR, the 2 powerheads i found, and I'm not sure about the fish, want to maybe get a couple SMALL gobies or blennys.

I'll update as I finnish the stand, and put livestock in.
K

Nice carpentry work pls explain whats going on here r u just running the tank below on the stand? Is there a tank going on top? The leds look sweet. Nice work.
R

Thankyou!! the tank is at the bottom, you can just see it. the top is open for access, the top rim is removable to but I like the look of a top without sides. I may end up adding a HOB filter for the heater and a little mechanical filtration, and painting the back of the tank black.

Thanks for sharing your build. Can you give us more info on the LEDs?
R

Small update, I got it painted and lights installed. I plan on adding some bamboo accents, I am debaiting on if I want to drill it and add a 10 gallon sump, and I halfto build or find a stand/table for it to sit on. 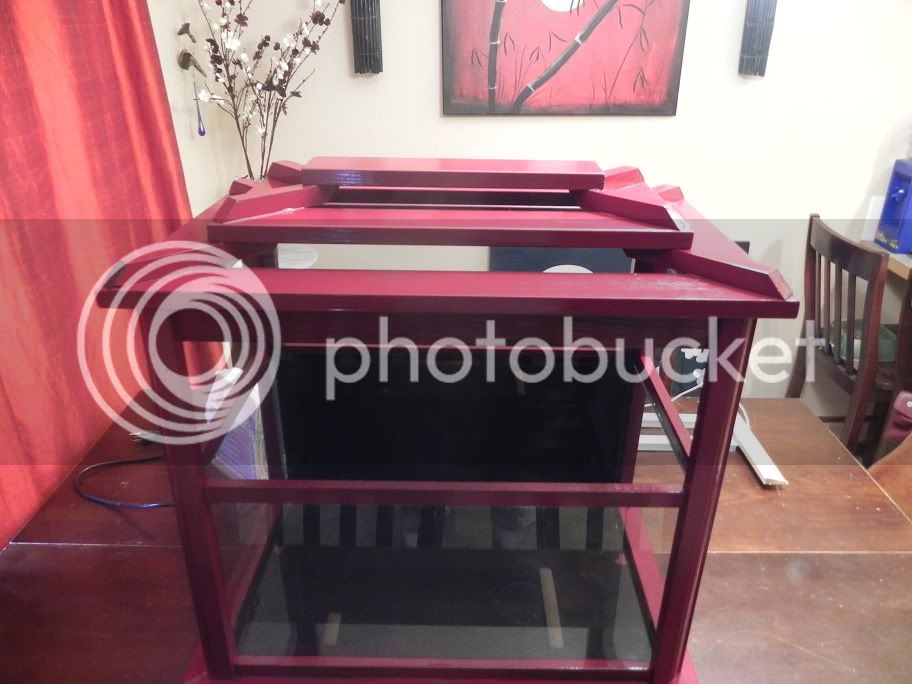 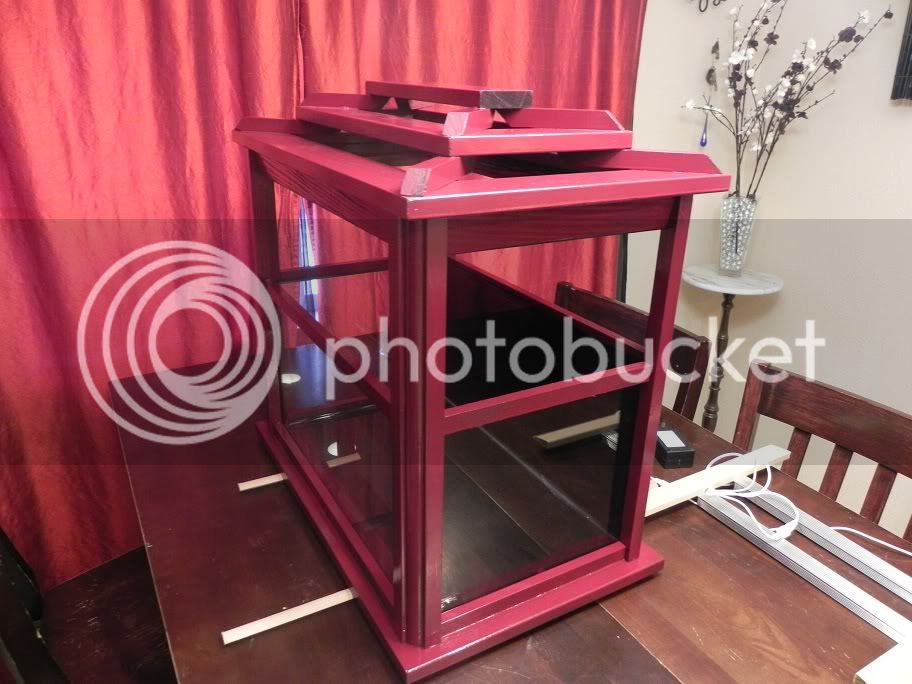 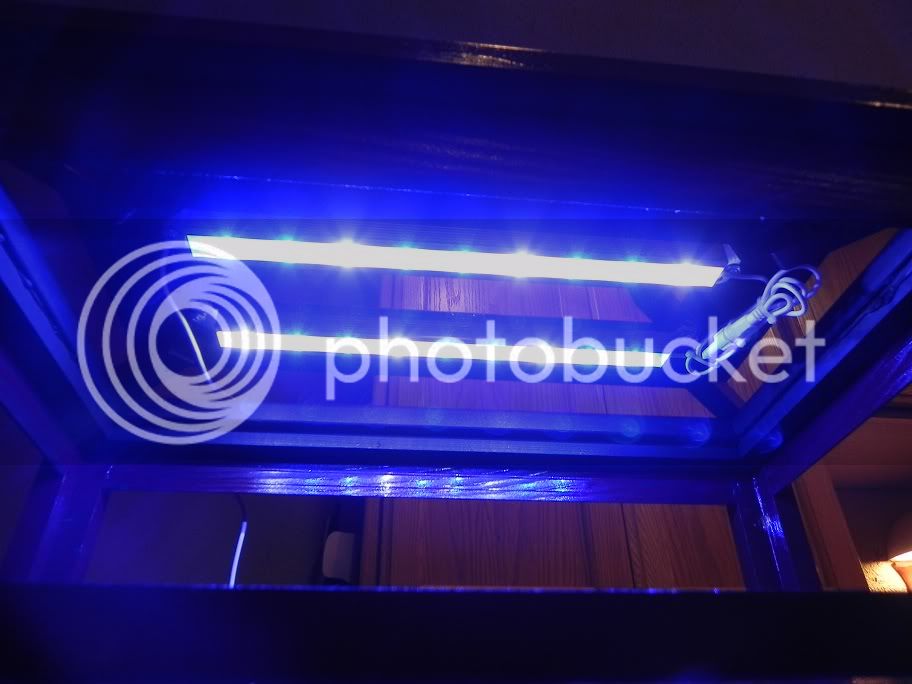 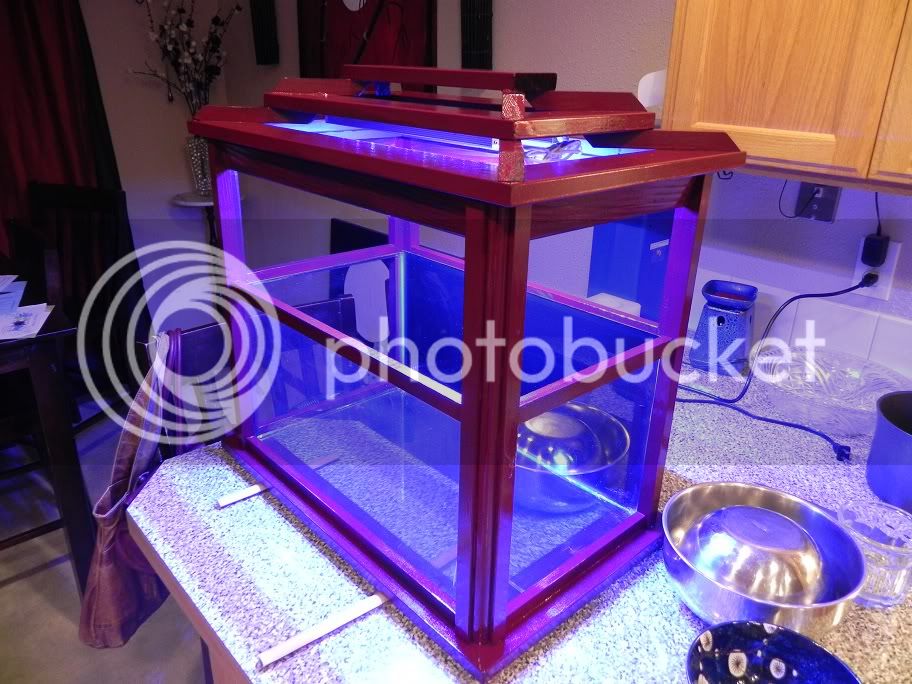 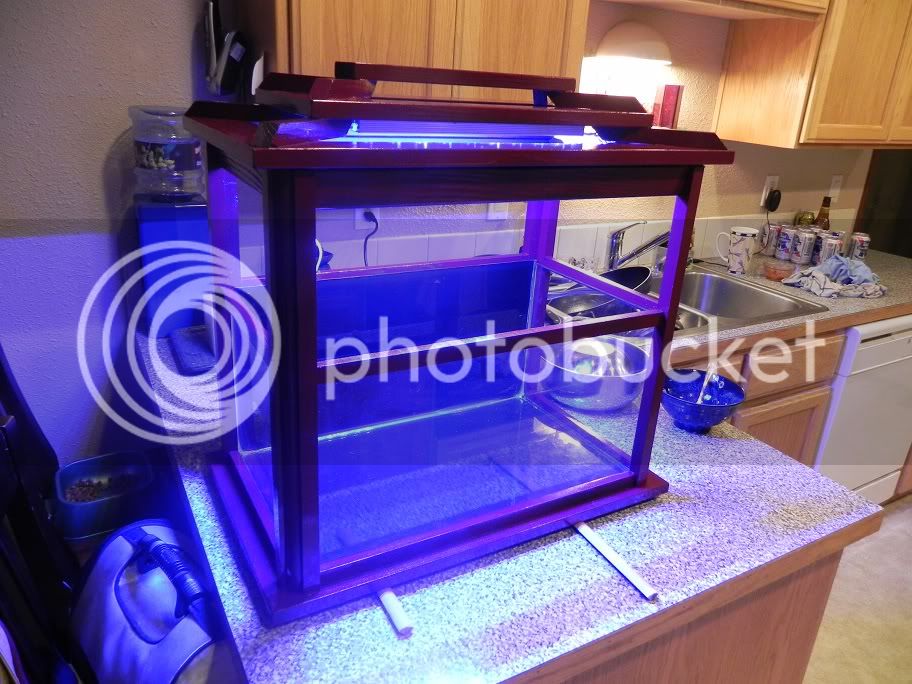 I've never seen anything like that before! I love it! Even more than a good stand/canopy combo, it looks like a piece of furniture. I love how you kept with the asian theme of your house decor.

I hope you don't mind if I shamelessly steal your idea .

Wonderful work! :thumbsup: Can't wait to see it wet! Please keep up posted on your progress.

Wow, I like it too, I can almost see the mangrove bonsai growing out of the top of the LR island!

I went on the look for a asian style table yestarday and couldn't find anything at any of the local thrift stores so I halfto make my own. I don't plan on having any mangroves, but do plan on making the table/stand wide enouph to put a lucky bamboo on either side of the tank, I think that would look sick!! I don't mind anyone using my idea as insperation for there tank!! I am flattered!!
R

Got the stand allmost done today, need to put a top on it, then stain it black. Of course I didn't take any pic's, I'll get on that before I stain it and after. I can't wait to get the tank on it and start stocking it!!

That is really cool. I like how it is not just a fish tank on a counter top. You truly made it apart of your home.
M

aw yeah - nice stand man - reminds me of my old 10g ATO... very oriental (I believe Chinese would be correct style wise?) the pagoda's and such -----
R

Got the stand done today, I couldn't wait for the stain to dry so I brought it in and placed the tank to see what it looks like. 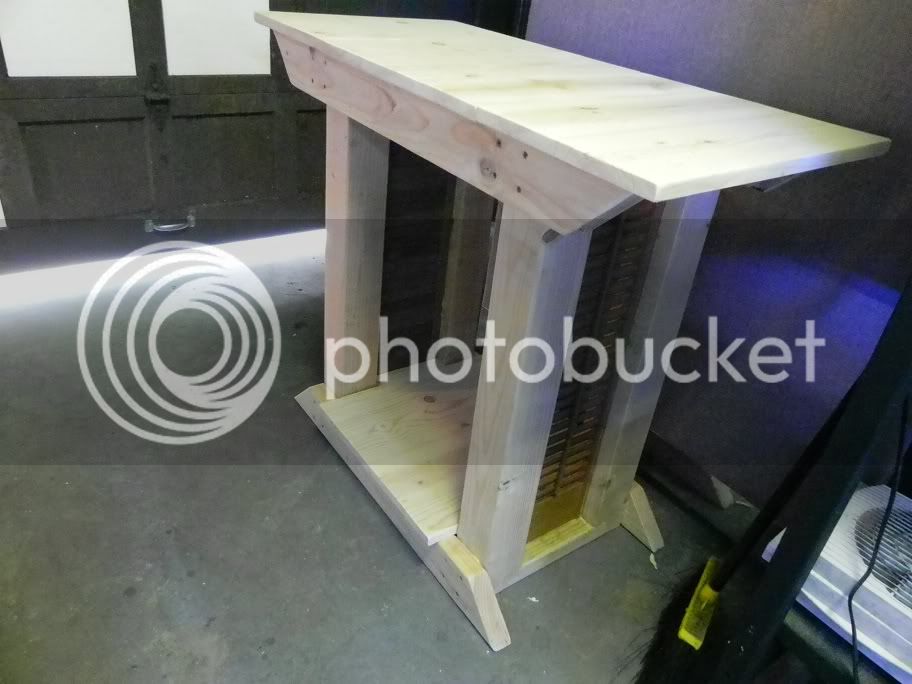 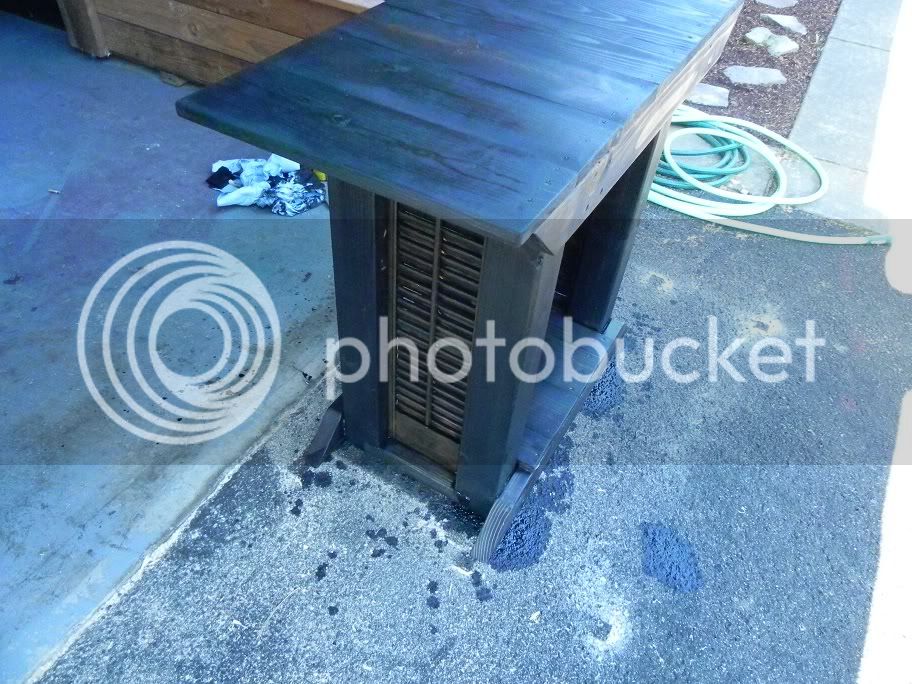 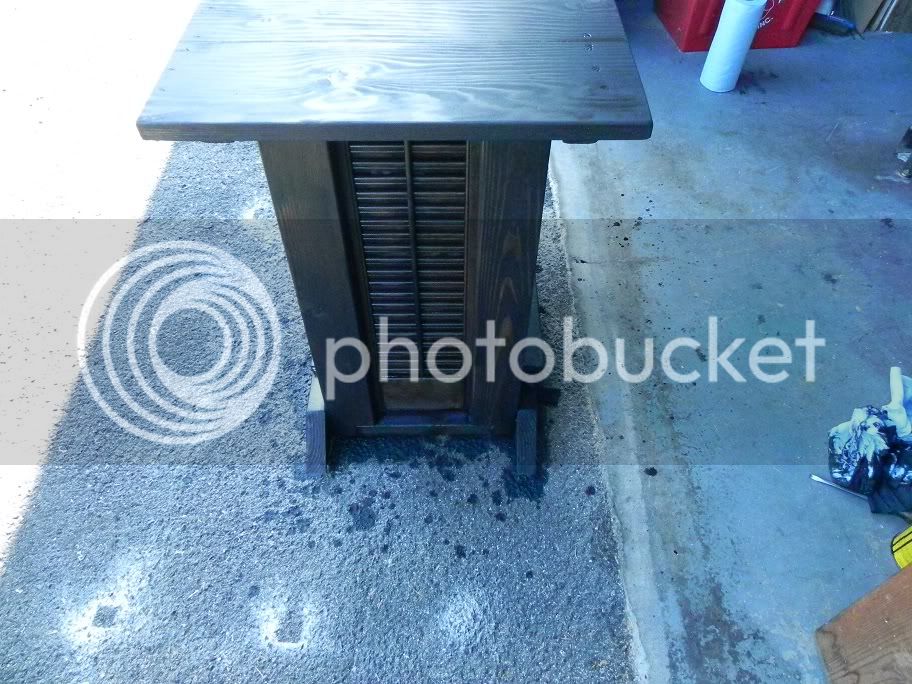 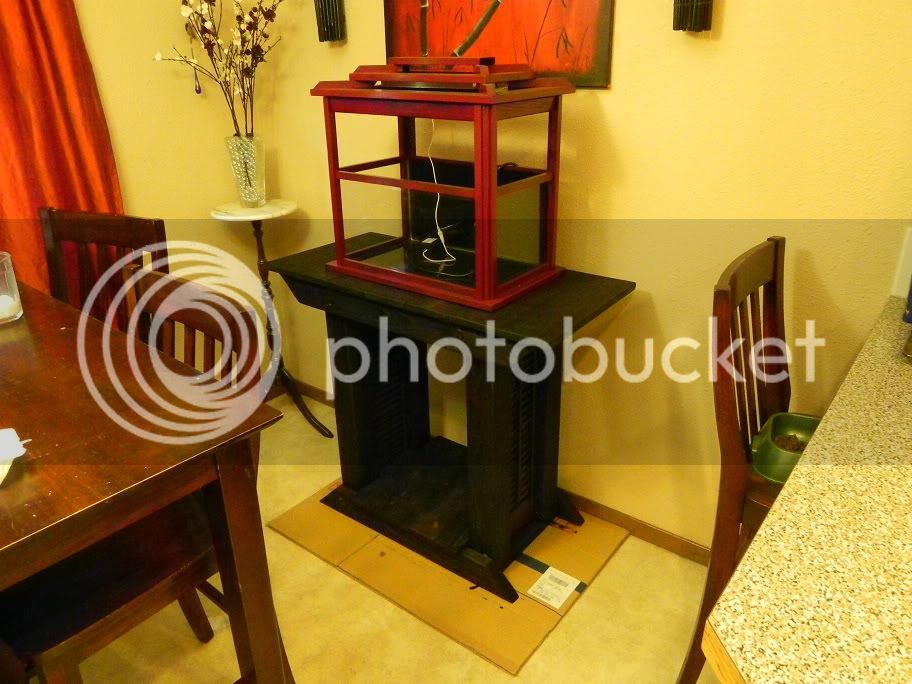 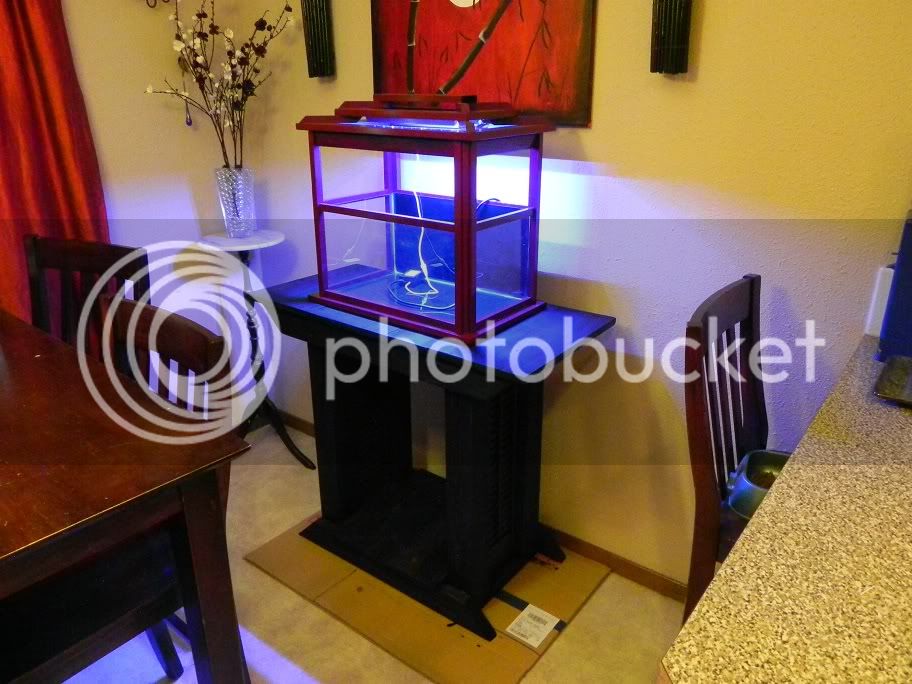 Sent from my DROID2 using Tapatalk

A+ loving the asian theme, you should add some natural "bridges" in your rockwork and maybe a bit of macro algae for bushes

That is without a doubt the most creative and interesting tank stand/setup I've seen.
I definitely cannot wait for this to take shape
R

Today I got water, sand, LR and a few corals in, it is still cloudy, but it is looking sweat!! 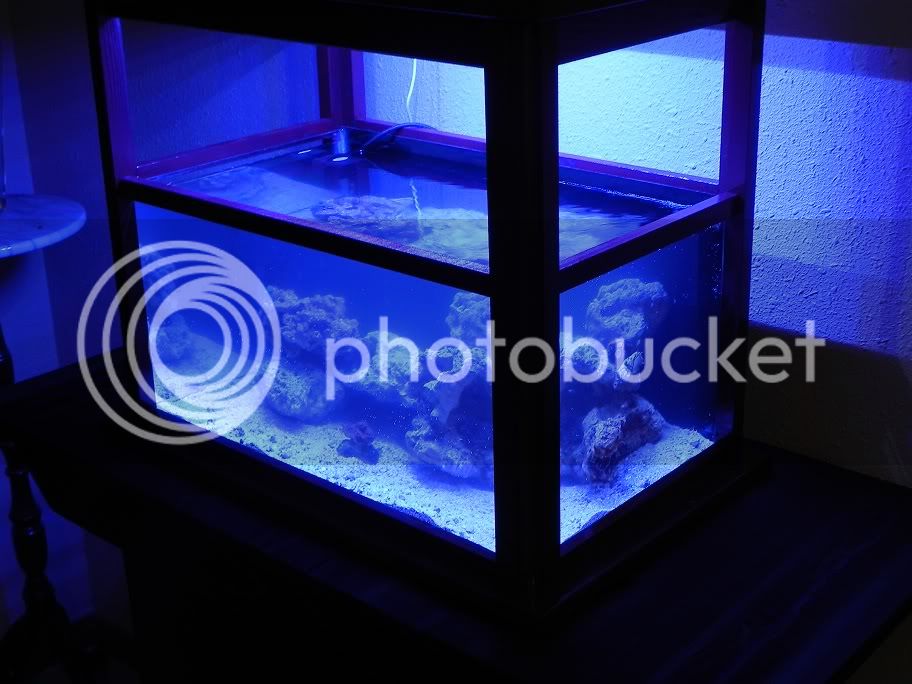 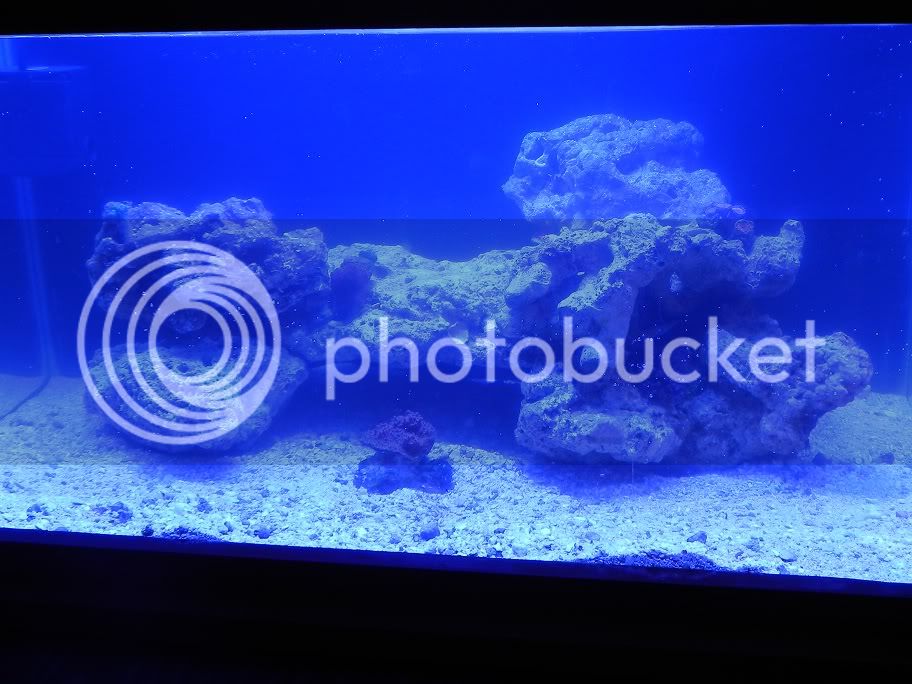 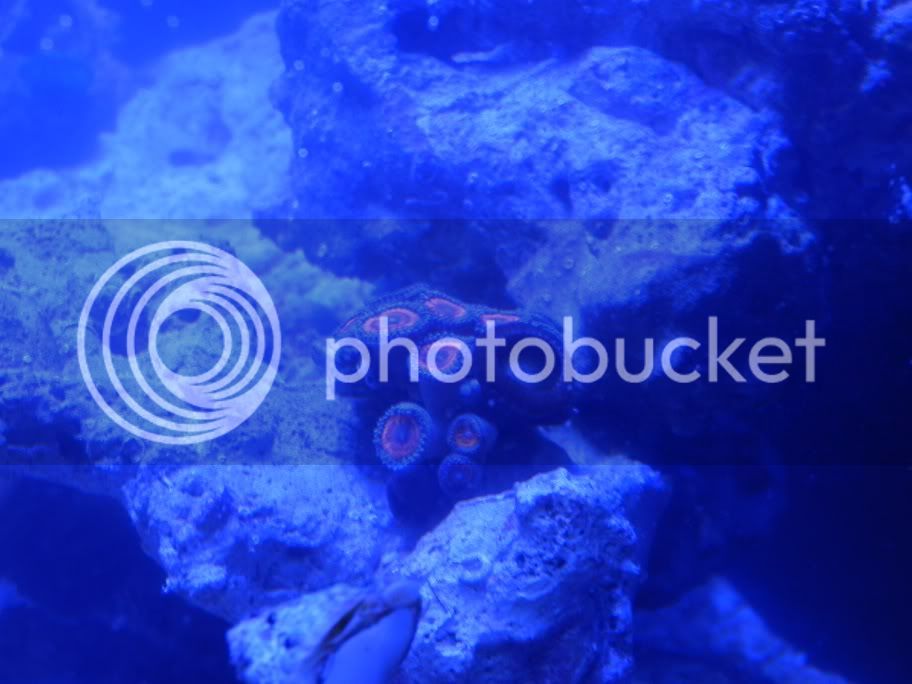 I will add more pic's tomorrow after it clears up and I add a couple more corals.
You must log in or register to reply here.