Premium Member
Well, I got my new Aquapod in today, and like any good reefkeeper, I immediately took it apart and started making improvements. This modification is to add a computer fan to the hood to get some more gas exchange and cooling going in the aquarium. The little fan that comes with it is in the equipment area, so I'm guessing its main purpose is to keep that area cool. Although this will in turn lead to a cooler aquarium, I don't think it's enough. No doubt, I'm not the first person to do this, but I thought I'd share anyway. So here we go. . .

The first thing I did was remove the acrylic splashguard and metal reflector to get access to the equipment area under the hood. I followed the wires that went to the existing fan and found the 12v source. As luck would have it, there were two connections on the circuit board. . .it's like they knew I was going to do this. Next, I needed a way to attach my fan, since the regular fan connector was going to be far too big. So, I took one of the small 4-pin 12v connections (like the ones that power a disk drive) off an old computer power supply and removed the metal connectors from the plastic shell. You could also just cut it in half, but I must have cut through a wire or something when I did this, because it didn't work for me. Anyway, I took those two connectors with wires still attached from the power supply and wrapped one end completely in electrical tape, then taped the second connector to the first with the electrical tape higher up, because it wouldn't have fit onto the connection in the Aquapod otherwise. When I was done, I had something that looked like this:

Not the most professional looking solution, but it works. Of course, you could probably also just run over to Radio Shack and find a connector the right size and save yourself some trouble, but I was too impatient. Here it is plugged into the Aquapod:

And a zoom out view: 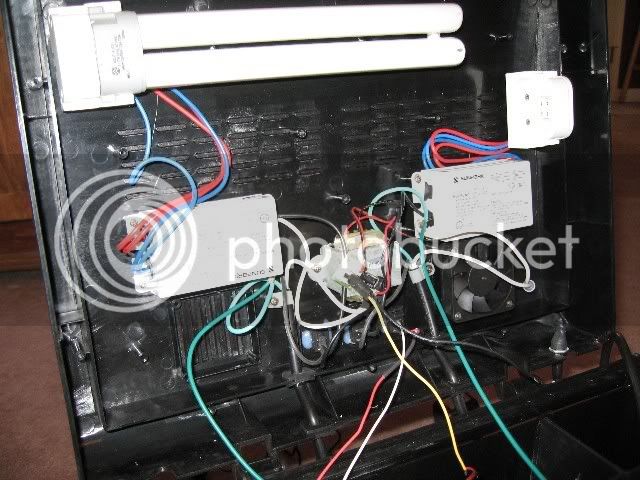 So, where to put this fan? Well, what about that small feeding door on top. Just happens to be the perfect size! Of course, now I'll have to lift the entire hood to feed, but that doesn't seem like much of an inconvenience to me. Anyway, I just drilled a couple holes to attach the fan with the screws that came with the fan. I only did two holes because the bottom part of the fan won't be flush with the hood, so you'd have to get longer screws. Just the two seems to hold it quite securely.: 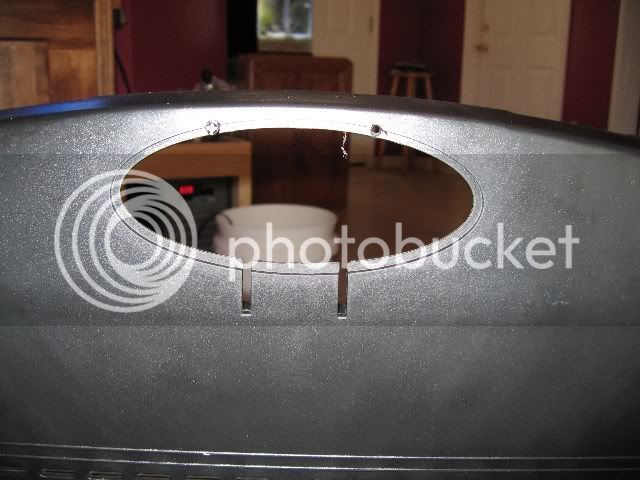 OK, so maybe it's not a "perfect" fit, but gutter guard to the rescue. You can get this stuff at your local hardware store. I cut it to size and superglued it to the opening: 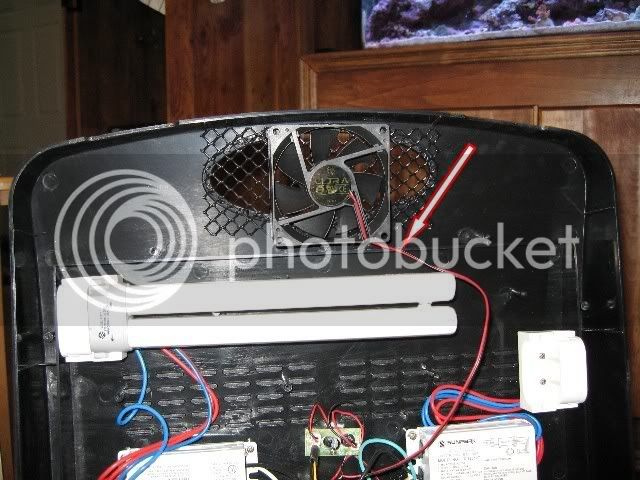 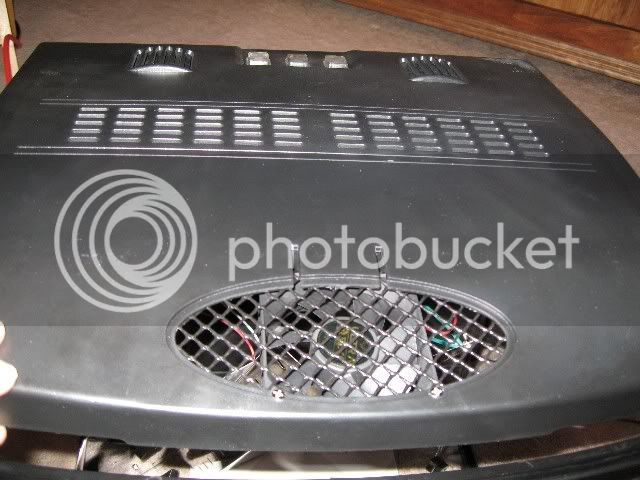 You're basically done, but when you go to put the splashguard back on, you'll realize you have a small problem. the top, middle hole for the screw to attach the splashguard extends out too far and hits the fan. I just cut it off. And now, you're really done: 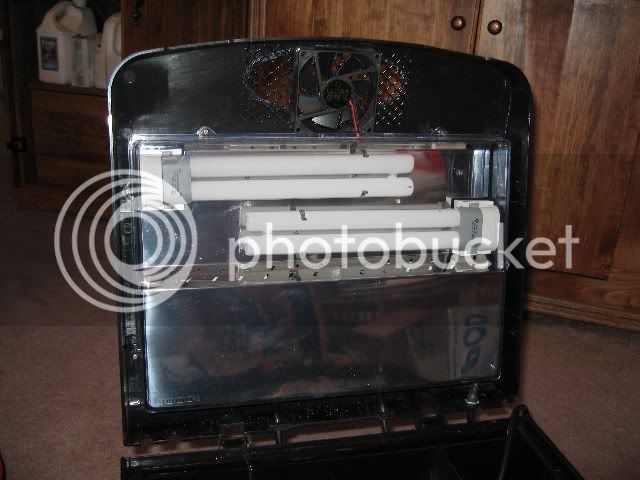 SWEET, I love a DIY fix...Why don't the manufacturers read these boards?

Premium Member
I think the smart ones do read these boards. Have you seen the Hydor Koralia? Looks a lot like those Maxijet mods, doesn't it?
You must log in or register to reply here.

How to repair a flaky Inkbird controller