I picked up a new piece tonight at Hoffer's in Milwaukee...and to be honest, I have no idea what it is! The store had it labeled as a Montipora sp. and the salesperson I spoke to said they weren't quite sure but that was their best bet.

The polyps on this are small in the grand scheme of things, but I would estimate they're around 1/8" or slighty larger in diameter. If this is a montipora, they're the largest polyps I've ever seen on one. My first thought was it was actually an encrusting Goniopora or Alveopora sp., but after they got the polyps to retract, I was even more confused, as it definitely did appear to be a Montipora. All in all, the thing looks like a Porites (very smooth encrusting skeleton with pretty symmetrical corallites it would appear) with huge polyps.

It's currently brown, but hopefully it will color up, and I'll try to take some pictures tomorrow. Anybody have any guesses on what it is?

Premium Member
Did they only have the one piece at Hoffers of what you bought?
If not I would like to stop in there and see one possibly for myself.

This was the only one they had. I do think it is a Montipora...it's got the potential to color into an orange base, as the polyps appear to be turning green already. Crossing my fingers! 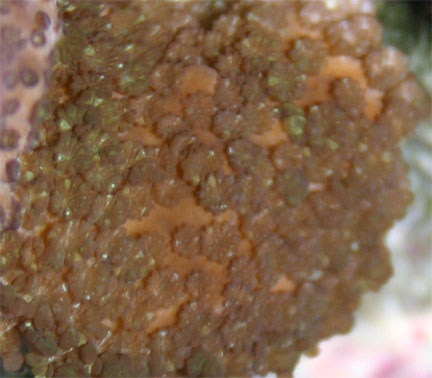 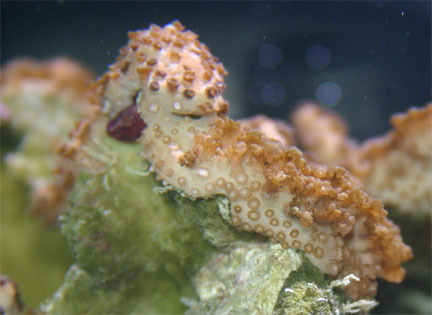 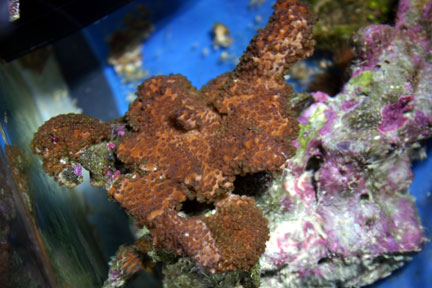 Kinda almost sorta like this. I thought it was a montipora myself until it branched like an acro. No one to this day has given me confirmation on what it is.

I will say my original piece looked like little pyramids before I hacked them all of in attempted propagation. None of the frags survived.

I think we've got it narrowed down to an Alveopora species, possibly A. minuta, spongiosa or viridis. It looks quite similar to yours, though the growth pattern would suggest it's different. Of course, I've only had it for a day now, so maybe it's holding out on me! :rollface:

Do you have any closeup pictures of the polyps on yours? After counting a few, mine all appear to have 12 tentacles on the polyps, which would say Alveopora (at least, verusus a Goniopora), but yoursll appear to have 9-10, just like the Montiin the foreground on the first picture. I won't try a specific speces, but I think yours is a Monti still.
You must log in or register to reply here.

Hello, Geezer coming back to this forum. Paul B
2 3