Those of you who know my tank will understand.
:sad2::sad1:

Never have I been less happy to have made $300.

Your Gigas is gone, a gift at $300. Get another one Joel they grow fast.

It is surprising how hard it was to give away that "gift". But someone finally came through. Hard to find someone to take it, harder still to give it. But it has a better chance to live there now.

Not another gigas, though the thought crossed my mind. I moved the other clams there, some coral too. Now I can get a scraper across the glass again!

Oh Wow!! Who was the lucky person if you don't mind me asking?

You REALLY need to not start threads with negative titles Joel, I got all sorts of worried before opening the thread about some other crazy mishap that might've happened to you..... :worried:

It's definitely a missed piece for you, hopefully the new residence has plenty of room for it to grow. :thumbsup:

Premium Member
Wow, that tank will never be the same. Make it even better .

Glad to here the clam is still alive! I would have made the title "Empty Nest". How are the clowns taking it?

@Doug -- The title was with you in mind!

@nanonubey -- The dead clowns are one of the reasons, though a minor aspect, for the decision.

@Tank -- Nobody here knows the recipient, but it's a friend who owns a business fairly near me. He has a gigantic tank, though the photo he sent indicates some rock will need to be moved about a year from now.

Mysterious. One was eaten by a plate coral, others just appeared dead with no visible wounds or disease. Others disappeared. I don't suspect the clam, but you never know and the clam had gotten too big anyway. 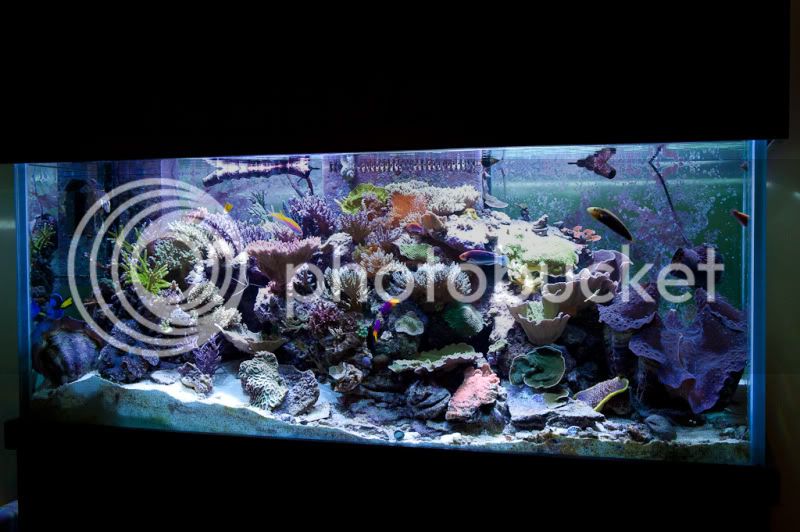 ostrow said:
@Doug -- The title was with you in mind!
Click to expand...

Thanks for the heart attack !!!! :lolspin:

badazztealcobra said:
Thanks for the heart attack !!!! :lolspin:
Click to expand...

+1 i thought something happen to the tank again, holy smokes batman

Well, on Wednesday afternoon I was outside with my kids, and at about 4:30 all of a sudden, out of nowhere, this gigantic billowing cloud of black smoke appeared. Flames jumping out of a house behind mine.

It was my daughter's best friend's house. It's basically gone. Entire neighborhood smelled by nighttime, and my house smelled almost as much as it did 24hrs after my own fire.

It was horrific, and made me both fearful and thankful, for now I can see how much worse it could have been. Thank God the kids were able to get out the back. It must have been terrifying.

I for one can say I saw that monster in person and was in total awe.. Good luck with what ever you replace it with..

Joel, Add a smalllll rock, oval side to that side of the tank and put low light things on it!
You must log in or register to reply here.

Need help with numbers from the experts!