Can anyone ID this weird spiny looking snail thing?

Hi everyone
I spotted a weird snail looking thing in my tank today. I haven't added any snails to the tank, live rock did not have any hitchhikers a year ago when I added it. The only thing I have is a fighting conch, which I'm guessing this is from. This isn't the conch though, it's a long snail thing that sometimes has spines on his body. I've never seen it before. 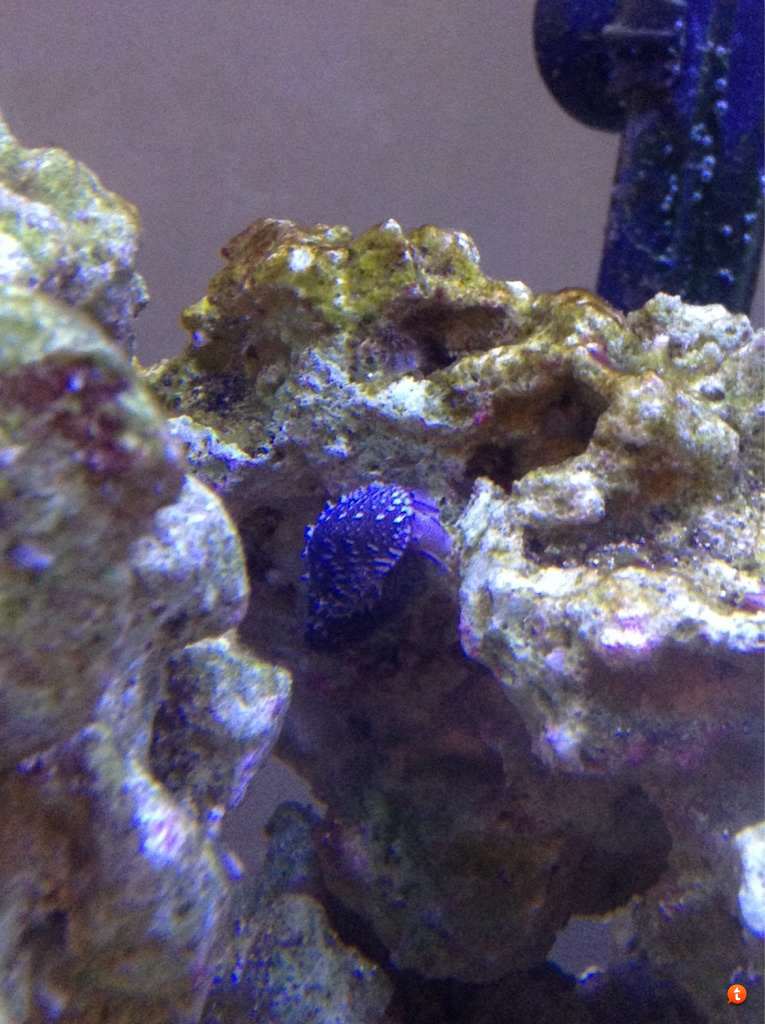 Team RC
I could, if I could see all the correct details. It's most likely a Stomatella, although the pics don't make that clear. The antennae look too short, and the shell looks too wide. May be just an optical illusion. If I had nothing to go on but the bottom pic, I'd guess it was a brackish-water nerite...which it certainly shouldn't be. It's definitely an algae grazer, whichever species it is.

It does look exactly like a stomatella after looking them up online. That's so weird because I haven't added any rock or anything in a year, nor have I bought any snails. it's a mystery how he got there, but a welcome addition I guess!

Thanks so much!
B

I bet he came in as a baby and you just haven't seen him until now.
It's really neat! If you manage to breed some, I bet you can sell them.
G

While this thread is open, I've also seen other things popping up. In the past couple weeks, I've seen these pink/ white tubes popping up on the rocks. They look almost identical to feather dusters except none of them have feathers. 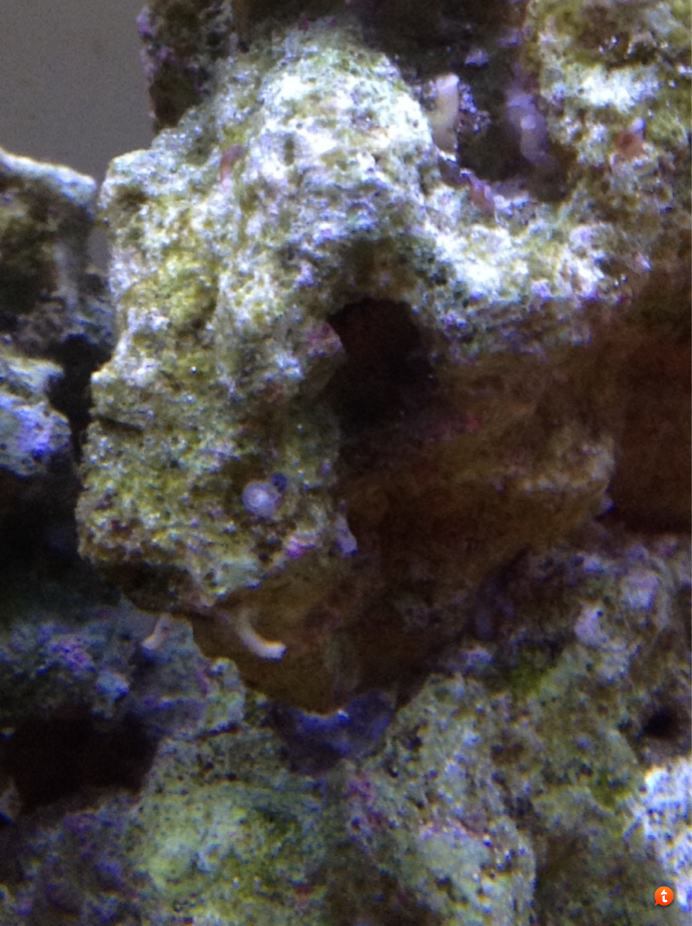 Also in the HOB filter I've been seeing those tubes, as well as white hard blobs. They look like a blob of goo. I'm not sure what they are, but I thoght they might be related to the tubes popping up.

The things in your hob are sponges and the tube like things are a type of worm that uses a filament to catch particles and eat them.
G

Sorry I missed your post! Thats very cool thank you!

George9, If the tube is hard, I believe those are vermetid snails. They live like fan worms unlike the snails we're used to seeing. They release this spider web like netting to catch food particles at night and when feeding.

Their nets may annoy corals causing them to stay closed longer and they may be ugley to look at sometimes but otherwise they're harmless and benefical. (I have one right next to my birdnest, he doesn't hurt anything but he's not something guest like to stare at either.)

If the tube is soft and spongey then that might instead just be a harmless filter feeding tunicate.. same thing as a sponge really.
You must log in or register to reply here.

P
Which fish can help to control this algae?