Can someone I.D. this crab

Can anyone I.D. this crab. It came along with some live rock. It is pretty big it swims and burrows in the sand. Is it reef and fish safe. 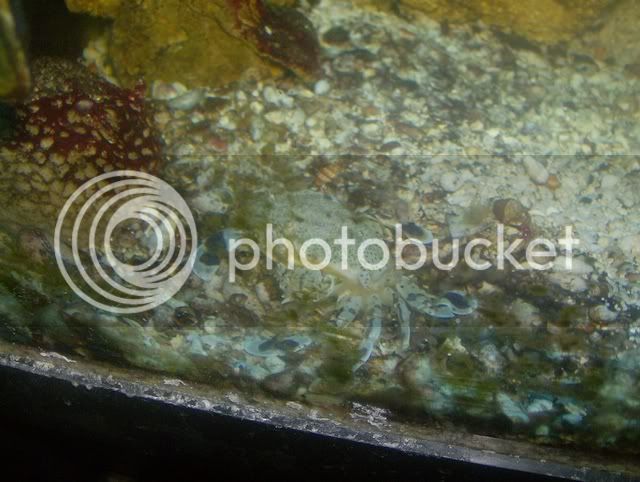 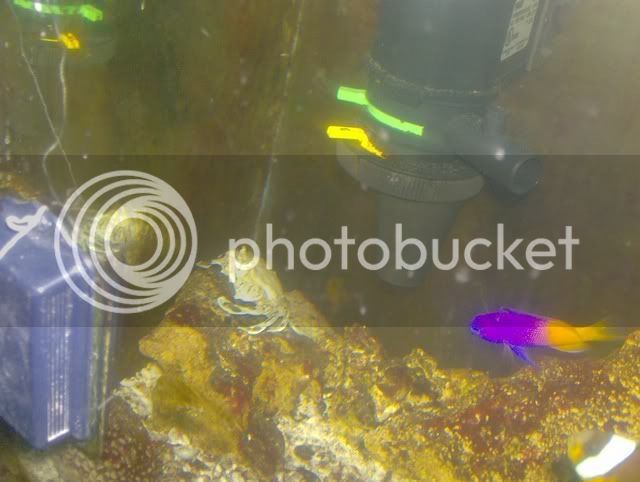 Premium Member
That's an unusual crab to find on LR since it normally dwells in sand but it's happened before. The name is Ashtoret (= Matuta) lunaris. Lionbabe recently posted some very nice photos here on RC.
http://www.reefcentral.com/forums/showthread.php?s=&threadid=1077544&highlight=matuta

I found this article summary on feeding for you:

Ontogenetic changes in the natural diet of the sandy shore crab, Matuta lunaris (ForskÃƒÂ¥l) (Brachyura : Calappidae)
OS Perez and DR Bellwood
Abstract
During June and July, 1984, the ontogenetic changes in the composition of the natural diet of M. lunaris from Pallarenda beach, Townsville, Australia, were investigated by analyses of foregut contents using the percentage occurrence and percentage point methods. M. lunaris was found to be a predator of small crustaceans and molluscs and a facultative scavenger. There were marked changes in the composition of its diet during ontogeny: small individuals fed primarily on small crustaceans such as sergestids and copepods; large individuals fed primarily on anomurans and gastropods. The possible influence of ontogenetic changes in chelae function upon the diet is discussed.
Australian Journal of Marine and Freshwater Research 39(2) 193 - 199
You must log in or register to reply here.