Lately I've been kicking around the idea of a Centropyge Harem.. hopefully 3-4 total fish. Is anyone else doing this? I've seen pairs of Flames and C. argi, but there's not much out there regarding harems.

My plan would be to buy 3-4 small individuals and allow them to grow up in my 90 FOWLR.

I've found a bit of information, but not a whole lot out there.

I'm also interested in this. Any recommendations on sizes and introduction (all together, or stage it?)

I have a trio of african flamebacks (C. acanthops) in a 60 gallon, and they show spawning behavior when the lights go out. I introduced all at the same time, 2 smaller and 1 larger fish.
Last edited: Apr 26, 2011

ocellaris123, I was thinking about a trio of flamebacks myself actually (I'm open to almost any trio right now though). How is the aggression toward their tankmates?

The male is pretty aggressive, he will have a go at any new additions. I recently added a melanarus wrasse to the tank and they had a little scuffle, but the melanarus was able to hold his own and things are now good. If I were to add another similar sized dwarf angel to the tank he would rip it to shreds. He shows little to no aggression to the females, but once in a while gives them a quick, "I am the boss," chase. I will take some recent pics or video when the lights come on. There also seems to be a hierarchy among the females, with one being more dominant than the other. The females don't really bother anyone.

Overall they are probably my favorite species of centropyge, due to hardiness, color and personality. Was thinking of doing a potters trio, but decided against it due to their survivability.
Last edited: Apr 26, 2011

pic of all three

ocellaris123 said:
pic of all three

They are really cool fish 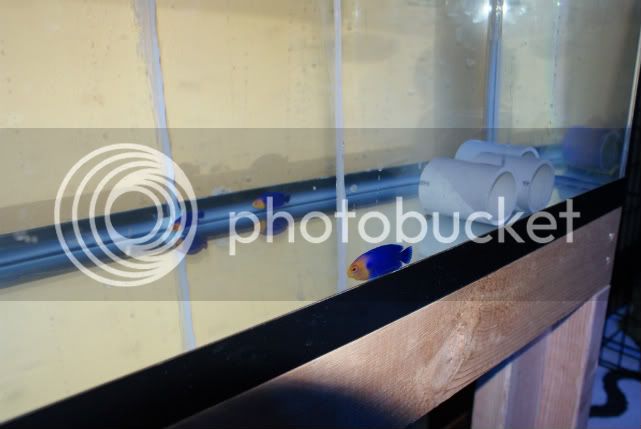 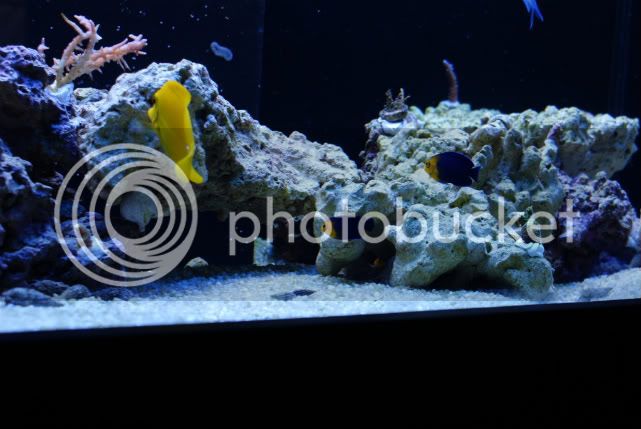 bought 2 small ones and 1 larger one, QT'd together for 8 weeks without any issues.
B