Premium Member
Preface: There has been much controversy over Chemoprophylaxis vs. Observational Quarantine in our hobby. The purpose of this article is to discuss the best practices for implementing both techniques, and to weigh the pros & cons of these two different methods of quarantining saltwater fish.

Chemoprophylaxis - the use of drugs to prevent disease.

The primary argument for advocating this approach is how "disease polluted" the supply chain is, meaning that the odds of buying a diseased fish are high. (Although this seems to be more of a problem in the US than some other parts of the world.) Many hobbyists cannot properly identify fish diseases and/or some diseases have no obvious visible physical symptoms. Therefore, chemoprophylaxis is a practical way to "cast your net wide" to treat for the most common/virulent diseases. Which include: Ich, Velvet, Brooklynella, Uronema, Trichodina, and Flukes. Bacterial infections and internal pathogens are more commonly treated on an as-needed basis.

So what are the best methods for prophylactic QT? First, it's best to dose medications in a rockless tank (substrate is optional). Porous rock is notorious for absorbing certain medications, and the additional nitrifying bacteria it contains will just further increase biodegradation of the meds. Basically, you want to apply medications in an environment that is as sterile as possible. There are other tips mentioned here, including increasing gas exchange (oxygen) while using medications. Below are different QT protocols which utilize chemoprophylaxis; all proactively treat for the most common/virulent diseases listed above:
* 30 days if using just 1 QT; 14 days if you can transfer the fish (and only the fish) to a second observation tank at least 10 feet away.

*** You can deworm with copper/metro or chloroquine already in the water, although it is better/safer to do so either before or after those treatments are used. For example, if transferring after 14 days then it would be better to apply General Cure or Prazipro in this 2nd tank.

**** You can safely use both General Cure or Prazipro with copper/metro (although observe the 48 hour rule with GC + metro). You can safely combine General Cure with chloroquine. However, DO NOT use Prazipro with chloroquine. Mixing those two will sometimes result in a catastrophic bacterial bloom (very cloudy water) which will use up the oxygen in the water and suffocate the fish.

The argument against chemoprophylaxis centers around possible damage done to the fish (especially their gut microbiota) and/or inability to survive the treatment(s). It is difficult to quantify the latter - how many fish that die in QT would have died anyway had they been placed directly in the DT? Studies linking long-term damage to fish from medications are very limited. I think the only conclusive one I have ever seen involved liver & kidney damage after several months of copper exposure.

The other few studies exposed fish to extremely high concentrations of certain medications (which would harm/kill almost anyone).

I personally have kept fish for 10-15 years following exposure to medications (including copper) in QT. However, it is impossible to say what medications you apply may or may not be harmful. There is some anecdotal evidence that Formalin (which contains formaldehyde - a "probable human carcinogen") may lead to reduced life expectancy for certain fish. Observational - relating to the action or process of closely observing or watching something or someone.

Why expose a fish to harsh medications if nothing is wrong with it? This is the main argument behind employing an observational approach to quarantining. You take the "wait & see" approach and only medicate if symptoms of a disease present themselves. IMO; passive observation works best if you are an observant, attention to detail minded person who has lots of time to watch fish in QT. These people will notice not only obvious physical symptoms of disease (e.g. white dots, red sores), but also more subtle behavioral symptoms such as scratching, flashing, head twitching, yawning, heavy breathing, swimming into the flow of a powerhead, purposely staying out of the light, etc. They'll know something just isn't right with the fish, because it's acting lethargic or not eating as much as the day before.

You can set up your Observation QT like it's a miniature version of your DT: rock, sand, even corals/inverts if you like. (Some people just use their frag tank for fish QT.) A new fish will certainly feel more comfortable in this environment than a rockless, bare bottom QT. You can even use black mollies to aid with disease detection: Black Molly Quarantine

While this does go against the concept of "no medications unless needed" Observational QT, a quick 30 min H2O2 bath before the fish enters quarantine should knock off most parasites & worms: Hydrogen Peroxide. This may give one a better starting point from which to QT, regardless of whether Chemoprophylaxis or Observational Quarantine is used.

30 days of observation is usually sufficient to see if any diseases will show up. However, be sure to have a small QT (plus equipment) on standby to use for medicating if a disease does surface and needs to be treated. (It is less than ideal to use medications in the presence of rock.) A quagmire will exist post treatment, as the fish cannot be returned to the observation tank which is still infected. A fallow period must be observed in the observation tank, or it can be sterilized. The sick fish will most likely have to finish up QT in the treatment tank, or be transferred into another small aquarium (setup on the fly) for final observation.

There is another thought process when it comes to Observational Quarantine: Conditioning. Many fish arrive to us in poor shape/health, and this is why they die and/or spread disease in our DT. Being able to "beef up" a fish in his own quiet tank will better prepare him for the DT. Most of the time established fish are less than thrilled about new arrivals, and your new fish must immediately compete with them for food and territory. Another strategy is to build up your fish's natural immune system and boost gut microbiota whilst in observation. This is primarily accomplished via food: Feeding live foods (e.g. blackworms, white worms), or seafood with live bacteria (clams are best). You can further enhance the fish's food by soaking vitamins, probiotics and/or Beta-glucan in it. Some even feel that once a fish's immunity is properly strengthened they will develop a resistance against most pathogens, meaning that it doesn't really matter whether your DT contains a disease or not.

The downside to Observational Quarantine is some diseases have unseen symptoms or kill faster than you can react to them. Velvet, for example, will usually invade the gills first and sometimes kill the fish right then due to asphyxiation. If this happens, you may never see physical evidence (white dots) of velvet on the skin & fins. Flukes are mostly translucent in saltwater, and you will not usually see them on a fish unless they are crawling over a dark area or invade the eyes.

Today's hectic, always on the go lifestyle also works against the concept of Observational Quarantine. Who has 15-30 minutes per day to just sit in front of a QT and watch for behavioral symptoms of disease? Eat your dinner with the fish??

I'm not saying it cannot be done, because IT IS SUCCESSFULLY DONE by many experienced reefers I know. But it requires a certain level of dedication and attention to detail not oft seen in today's society. It's just easier to use chemoprophylaxis and put the QT on autopilot when needed. 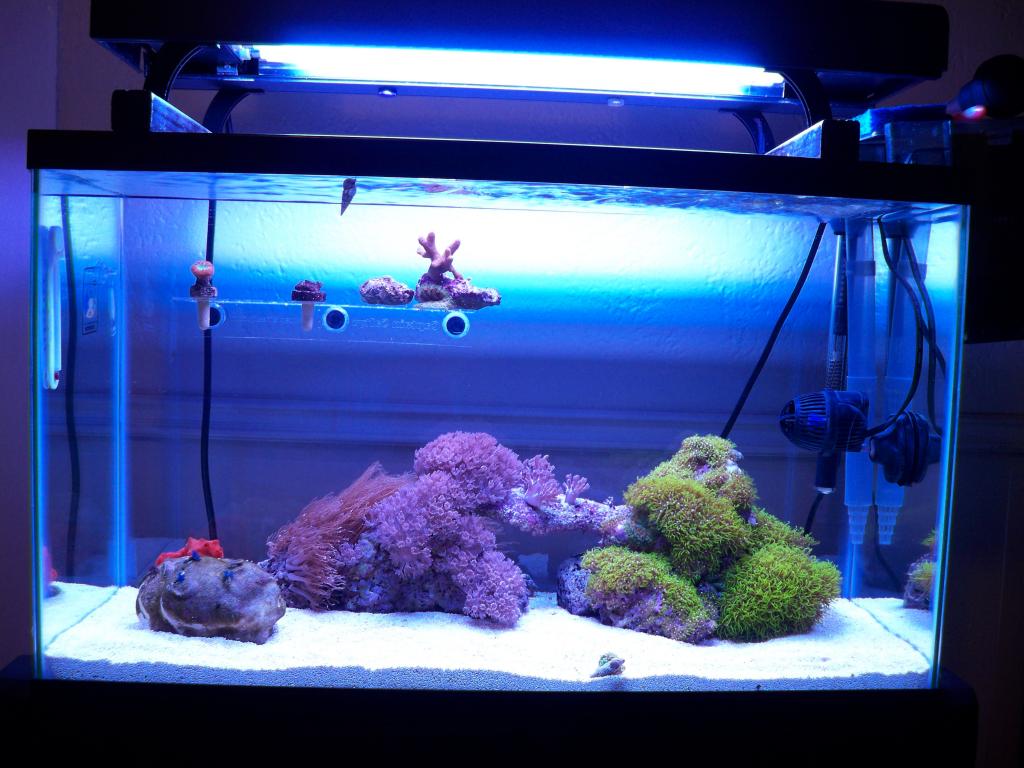 Conclusions: At the end of the day, whether or not to prophylactically treat has more to do with YOU than the FISH. It is a personal preference with no right or wrong answer. I feel it would be wise for those who are always on the go, have a busy/hectic schedule or just don't notice the little things to adopt some form of prophylaxis when it comes to diseases. It doesn't have to be an all-or-nothing approach either; some just deworm via Prazipro (because it is well tolerated by most fish) and then watch for signs of other diseases. Now, those hobbyists with keen perception + some free time on their hands have more options than the rest of us.

If you tend to notice all the little things, then passive observation might just work for you.

Also keep in mind that Chemoprophylaxis and Observational Quarantine doesn't have to be two mutually exclusive things. Some fish that are notoriously sensitive to medications (e.g. anthias, wrasses) would likely benefit from some "pre-conditioning" before being run through a battery of treatments. Conversely, all medications have side effects, so it is wise to observe & condition the fish after treatment(s) are complete before adding them to your DT. In particular, gut flora needs to be restored to its previous level/population. So this is where feeding nutritious foods with live bacteria and soaking vitamins, probiotics, Beta-glucan, etc. in food becomes so important.

Staff member
Admin
Thanks for posting this Dr. Fish HumbleFish ?
You must log in or register to reply here.

Hybrid TTM to treat all parasites!

W
What is fish health management?

T
fish quaratning methods questions so many methods out there