I got a couple of nice fish in from Pacific Island Aquatics. I had a hard time getting good picures as they are shy and my aclimation box was not helping me focus. The male is 4" and the femal is about 1 3/4" They both have great color and made the trip from Hawaii well. 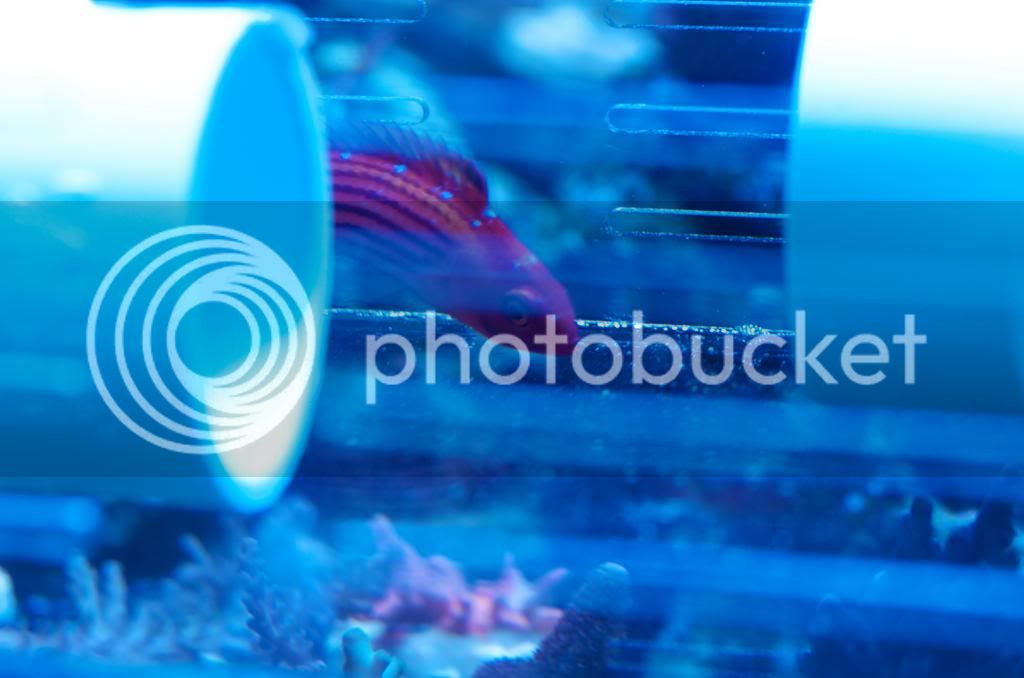 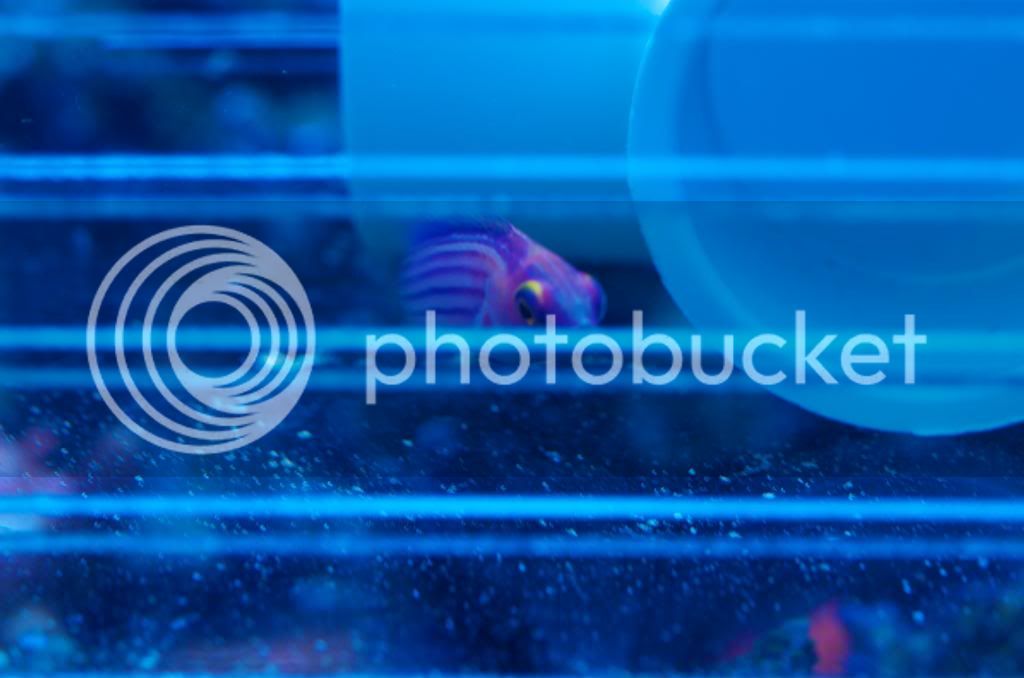 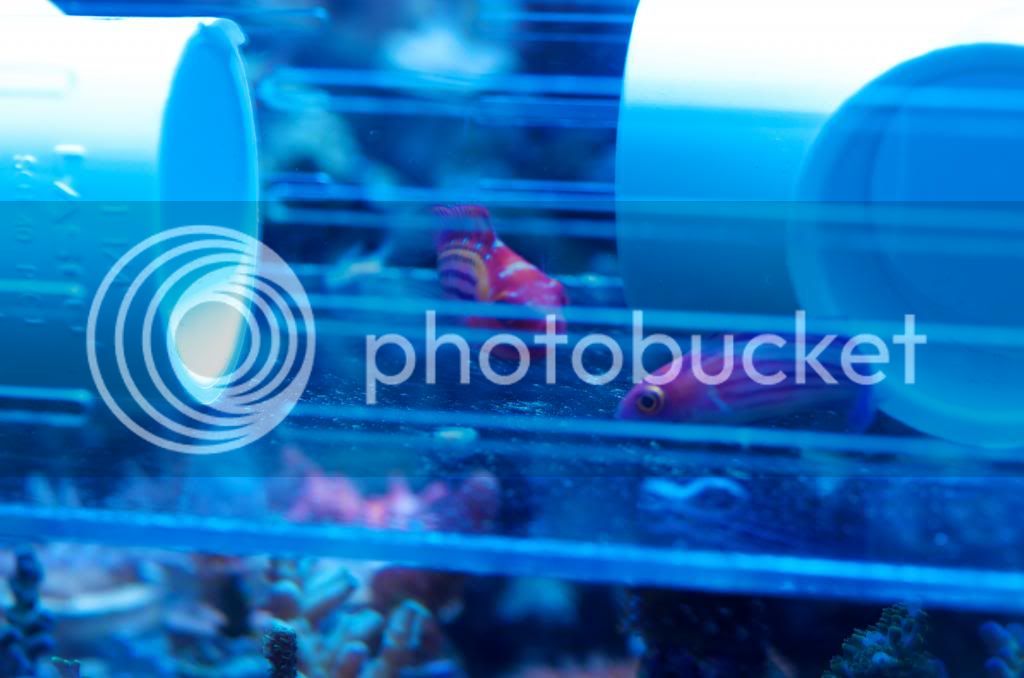 A little better picture of the male Earlie 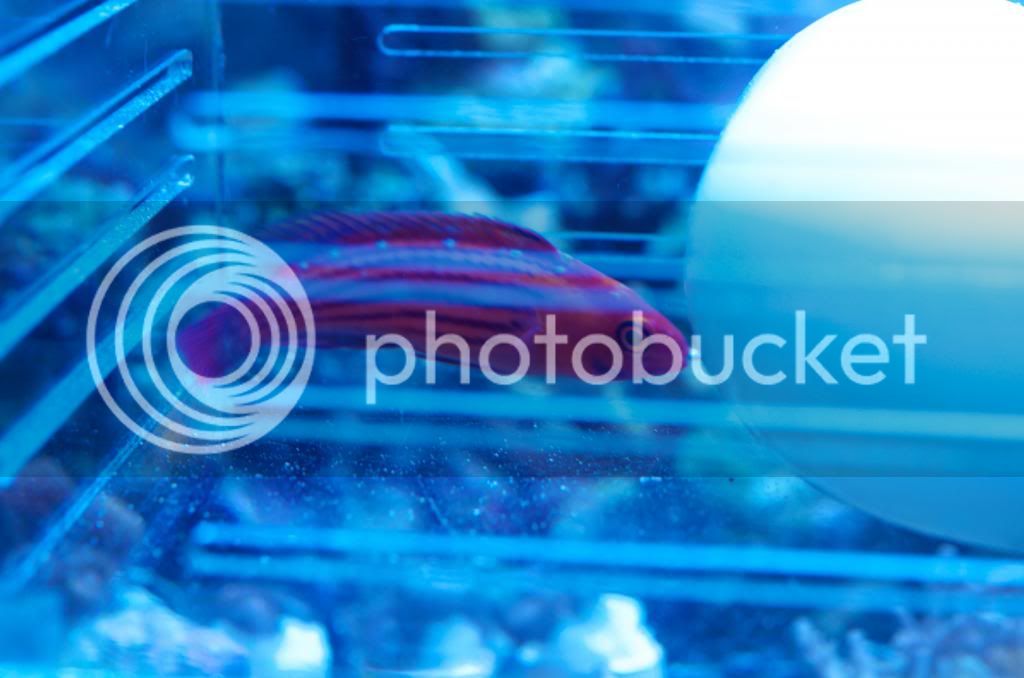 I have to get back to work for a few hours so had little time to play with camera, I will try to get better shots when they get a little more acclimated.

They did both eat mysis already and none of my other wrasses are paying them much attention or showing any aggresion in my quarantine tank.

They are in with 5 Flames one being a 5" Supermale, 4 Golden Rhomboids, 3 Labouti, and a Chevron. I hope they will all get along!

dam those are nice!

When will the 400 getting wet sir?

They are in with 5 Flames one being a 5" Supermale, 4 Golden Rhomboids, 3 Labouti, and a Chevron. I hope they will all get along!

That's a nice list Scott. All that's missing is a hareem of lineatus.

I have a 6" Supermale Lineatus male and 4.5" fat female paired up in my Elos and a Pair of Nachiki's that are all ready for a bigger tank.

I will be working on my Rockwork this weekend on the 400, hope to have it wet soon. I ended up getting a bag of the BASF Emaco S88 CI concrete you recommended Lawrence, I will let you know if I end up with extra. Going to use the Rock recipe and substitute the Portland Cement with this so I can get Fish in sooner. I am close and my Daughter only has one 8am Saturday game this weekend so I have Saturday and Sunday to the tanks this weekend.

I am planning to have a Wrasse dominated tank and I hope they will all get along. So far I have no bullies and I get rid of them fast when I do have problems. The Nachiki are the only ones that could end up being a problem and I might just keep them in my frag tank as they are doing well. The female is a sub male though so looking for a couple female Nachiki wrasses if anyone see's any around. I also am looking for a Pair or Trio of Red Hooded Wrasses, these were my favorites that I lost in my Garage crash.

There is a good picture on the net of my Lineatus pair if you want to do a Lineatus search on RB.

As Wayne says Extreme Reefing and I might add several more female Flames when the 400 is ready.

I am getting some from kinggeorge too
Plus his worker can build me a metal stand.
Also I am Borrowing the bar idea from your stand.

nice pair Scott, Earlei's are on my want list.

Nice pair. They look better in your pictures than on their site.

Those fish are sooooooooooo pretty. I would like to have pink fish one day.

I just caught the tail and of my fish going crazy in the Quarantine on Video, crappy video because it was my phone and kept having problems with the white balance because of the LED strips.

Male Flame was lit up like a Neon sign going from female to female, they would drop eggs and he would go crazy. While this was going down the Labouti started going crazy and they started to spawn. They were different they Swam around in a pair and would not let the third near them.

I will try and post it tomorrow, but again I just watched it and my glass is dirty, but the fish were pretty cool to watch.

They did not seem to bother any of the other fish and my small female Rhomboids watched like they were taking lessons.

My Wife, Daughter, and oldest son got to see them too and they even thought my fish were pretty cool.

WOW, Awesome day on my Reef!

Goodnight my wife is calling me to bed

Very nice Scott. I can't wait to see your big tank with all those wrasses in them. Way to push the envelope by embracing extreme reefing!

That is awesome... can't wait for some updated pics/video.

Can you use Vimeo to upload the video? I can't see youtube at work.
M

Nice pickup. I was eyeing that pair from kevin.

Really nice pair. Any tank tour Scott?
You must log in or register to reply here.

Yesterday at 3:54 AM
Lhprichard
L