I was messing around with our new DLSR last night...just a few pics of my 220g. 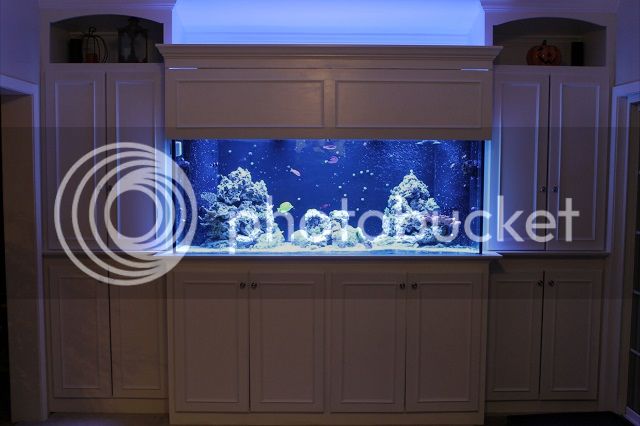 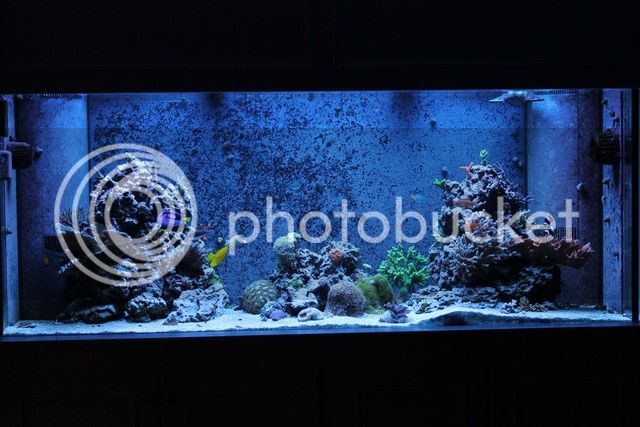 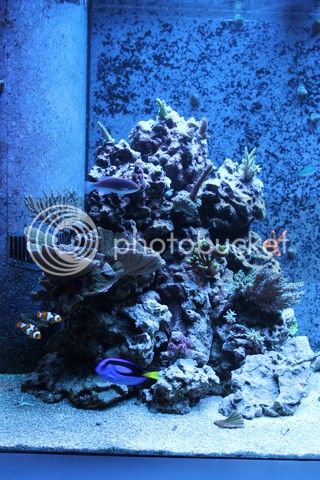 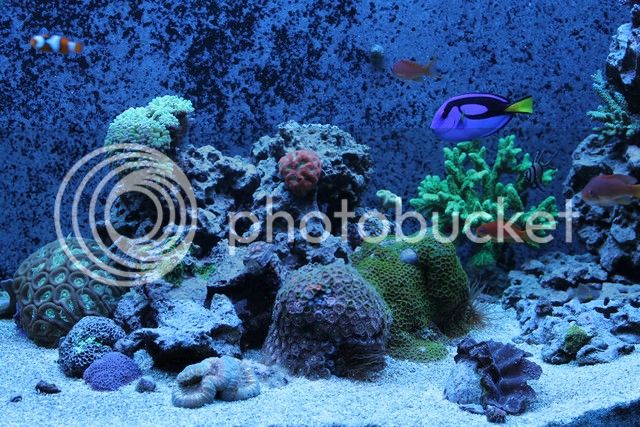 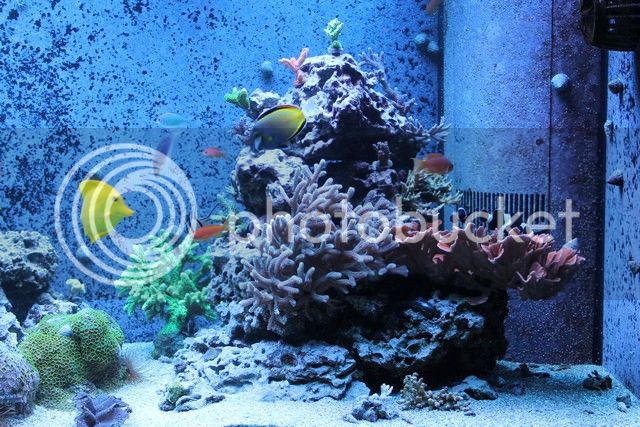 Very nice. I love the built-in look of tanks. I also like the open rockscape. It looks really nice with the three distinct sections.

Very nice work love the cabinetry along with the rock placement. Whats the lighting for this system?

very nice. I just started building my 220
A

Breakbeats2334 said:
Very nice work love the cabinetry along with the rock placement. Whats the lighting for this system?
Click to expand...

The only filtration on the system right now is a Super Reef Octopus 3000-INT. I run GFO when needed, but I only ended up running it for about a month shortly after the tank was setup.

Right now the tank could be considered a ULNS system as I have no detectable nitrate or phosphate and no visible algae. I'm not getting the color out of some of the SPS that I would like so I have started feeding more and dosing amino acids to get a little bit of nitrate and phosphate into the system. Since I've started feeding more and dosing the aminos I'm starting to get some of the color back.
A

Here's a rundown of the system

The system has been setup for almost a year and is primarily SPS except for the center island which is all softies and LPS.

BUMP for an update on your tank please!
A

Not much has changed as far as live stock and coral. I added an Emperor Angel and a few new corals here and there. Mostly I've just been letting things grow in. The Zoanthids had to go because of the Emperor, but it hasn't toughed any of my SPS so far.

I recently got rid of my Reefkeeper controller and swapped that out for an Apex. The ability to program and tweak anything from a web browser was worth the upgrade alone.

I also just swapped out my ATI Sunpower for three Radion PRO fixtures. My corals are still acclimating to them. I've lost some color on a few pieces, but it's only been a couple of weeks and I expected that. I underestimated how powerful the Sunpower fixture was and started at a lower intensity with the Radions than I should have. As a result I've had a little browning of some corals, but nothing too bad and it hasn't gotten any worse in the last few days now that I've increased the intensity a little.

Here's a few quick pics that I took when I got home from work tonight.

Right Side. The Birds Next is huge and needs to be trimmed heavily. It's over 12" across. 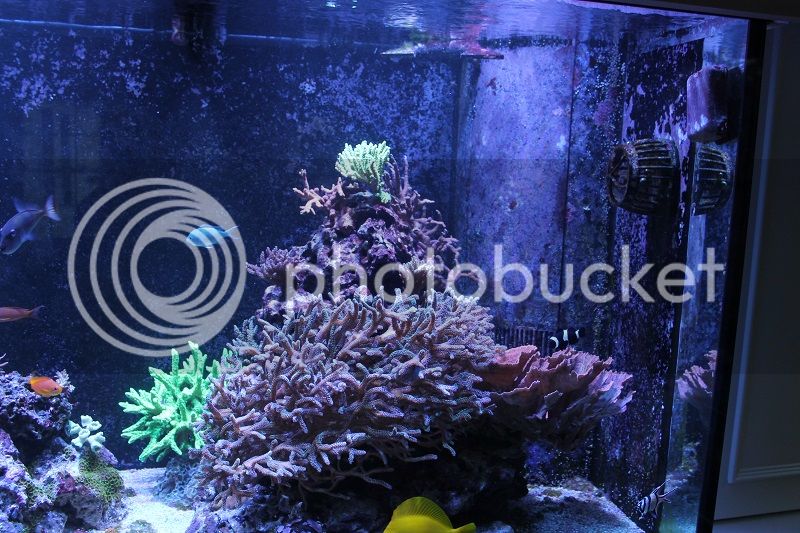 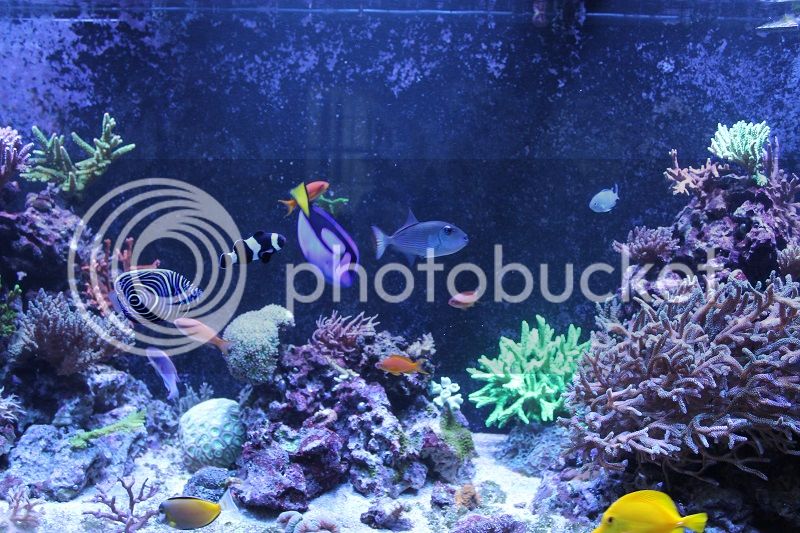 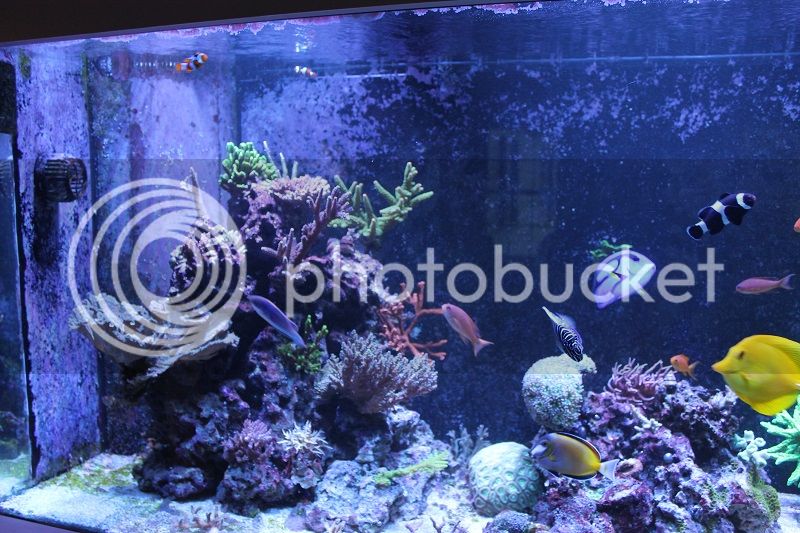 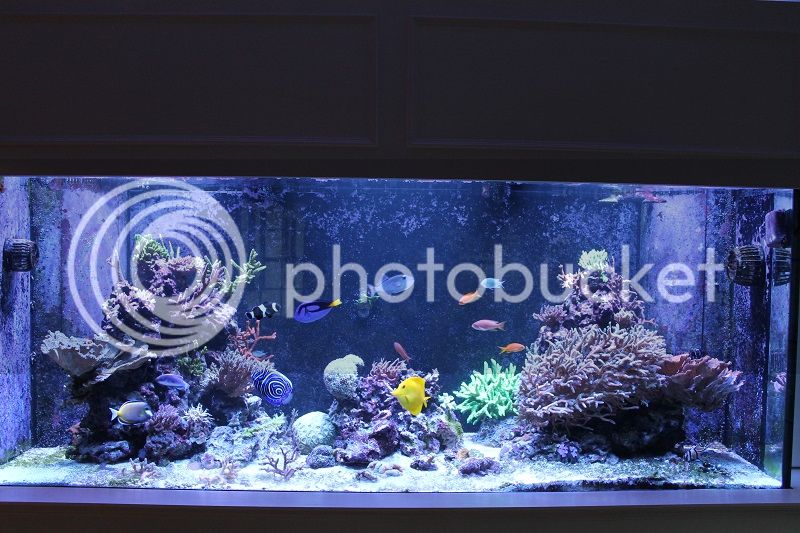 Time for another update.

Unfortunately, my tank has taken a turn for the worse. A couple weeks before christmas I modified my dosing schedule so that the calcium and alkalinity doses were further apart. I had been dosing them within 30 minutes of each other and I was starting to get some overlap in the schedules so both we're being dosed at the same time. I altered the schedule so that it alternated calc and alk each hour. When I did this my alk level jumped from 7.5 to 11 in less than 12 hours.

Normally, this is bad enough, but I also carbon dose my system with vinegar making the swing that much more damaging. I've lost probably 75% of my SPS. The Monti caps are completely gone, most of my acros didn't make it either and those that are still alive don't have much left. My moni digi's have made it through with the exception of the blue German. Birds nests didn't really seem to be affected.

I'm thinking that the alk was precipitating out because it was being dosed so close to the calc and overlapping for part of the dosage. When I changed the schedule I didn't take this into account and drastically overdosed.

Now, a month later, The SPS that have made it through have very drab colors, but are starting to make a slow comeback. I'm starting to see some new growth on a few pieces that made it through. It's going to take a couple more month to get things looking decent again...at least it wasn't a total loss...

Sorry to hear that man i had a similar situation happen when i switched from dosing to a calcium reactor and didn't dial it in correctly. Hopefully you bounce back soon we need more sps tanks on this forum
D

Ouch, a tough lesson learned. Hopefully what made it bounces back soon.
You must log in or register to reply here.

C
Have not posted in some time