OK, well... I've had the Bonsai for about a month now and would like to share pics when I got it and as of now. As you can see from the pics, the purple has dulled down some. I am still running the magnetic ballast and a 250W 14K Hamilton bulb. The GPB is still also sitting on the bottom of the tank. What do you think I should do about trying to color it back up? And what do you think about the growth so far? 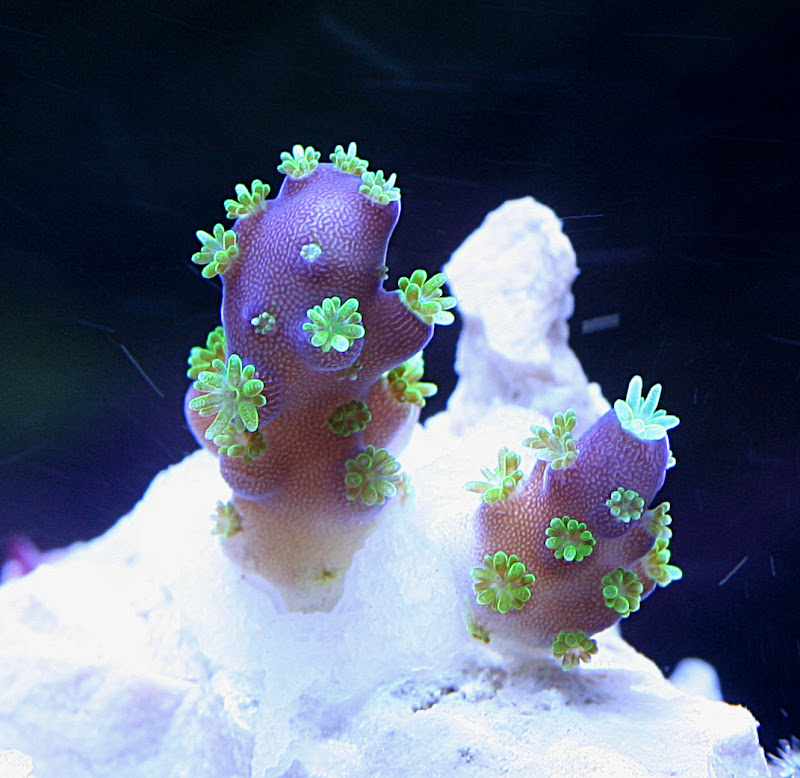 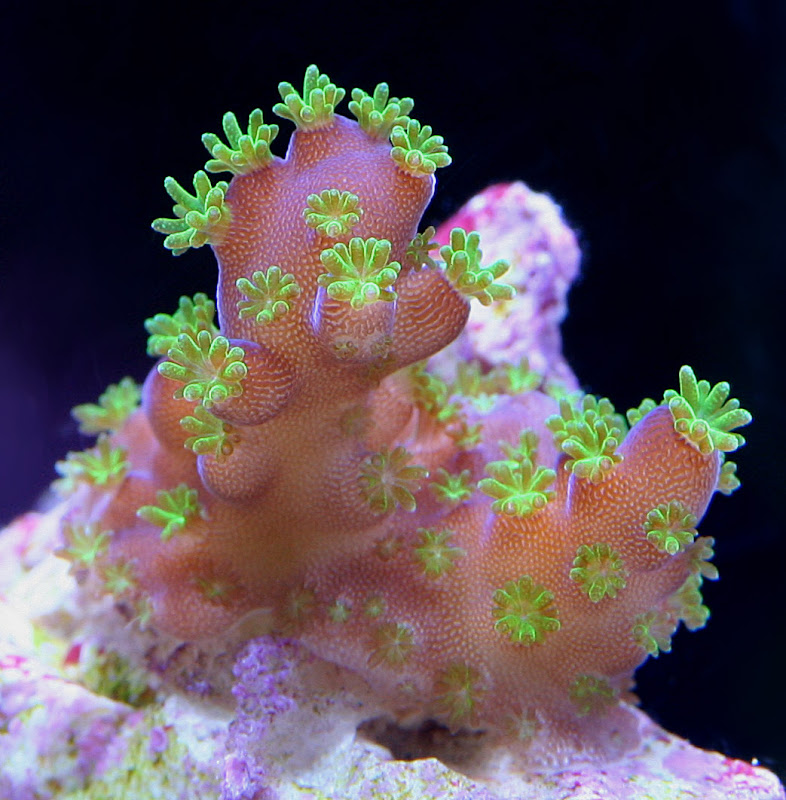 That's pretty good growth Ryan. Regarding color, I would think it's nutrient level. Could be something else. Are you skimmerless?

Gary was telling me that they don't like as bright a light as you would think. His faded and when he lowered it down in the display it did better. At least that is what I remember him mentioning.

Team RC
It's really hard to tell. They don't like much light but a 14K hamilton on a Magnetic ballast isn't much light relatively speaking. They seem to color up better under 20K or VHO's but I have kepy one under a 20K HQI and it never colored up well. Coloring up SPS is really the hard part. the best advice I can give you is to play with it....maybe move it up a little at this point. The ones in my tank like lower indirect light but I have a bit more light than you do. That said they aren't the glowing purple most see in pictures but they are mostly purple.

...also FWIW that coral seems to like a little more nutrients from some of the tanks I have seen it colored up best in. Just an observation and it could be wrong

Looks pretty good to me. I recently acquired on of these, but it wasn't as colored up as yours when I got it. It seems to have lost a bit of its' color as well. I guess I will try moving it down in the tank so that it gets less light.
G

<a href=showthread.php?s=&postid=9874537#post9874537 target=_blank>Originally posted</a> by c_stowers
Looks pretty good to me. I recently acquired on of these, but it wasn't as colored up as yours when I got it. It seems to have lost a bit of its' color as well. I guess I will try moving it down in the tank so that it gets less light.
Click to expand...

hey chris, that piece you got from me had to have been knocked over and shaded for awhile. The day you got it, it looked better than it ever had so that's consistent with the low light issue...fwiw
C

Yeah, I tried putting it middle way up in my tank, but I guess that was just too much light. I'll try putting it in a low light area.
BTW, I just tried sending you a PM, but your boc was full.

Oddly, I had four frags going before the move and two were mid way down the tank under the 250W DE Phoenix 14K's and the other two were at the bottom. The two at the bottom were higher and losing color, so I moved them down and they colored up. The two up top were on the fishdoc rock and were just as purple as the lower ones... How's that for confusing information. Great growth, though. It looks very healthy.
You must log in or register to reply here.

C
Tank been Dormant for 2 Months