Hello, Geezer coming back to this forum. Paul B

Premium Member
Thank you Scott. It's "The Avant-Garde Marine Aquarist". 100% of the profits go to MS research.

Thanks Paul. I’m looking forward to reading it. I had a saltwater tank many years ago and had to dismantle it due to life getting in the way. Looking to get back into the hobby now that I’ve settled down and have 2 young kids that I’d like to share the joys and learning with.

Premium Member
I am going to get my wife one of these. She has an electric scooter and a walker but this thing will give her more mobility and it folds up with one hand to put in the car. 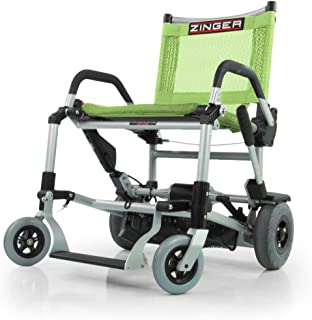 It is supposed to go 8 miles at about 6 mph. It will be good for functions or just getting to the condo pool.

Premium Member
On my walk this morning I caught something moving in the corner of my eye. I looked and in horror saw this "Huge" Cobra! 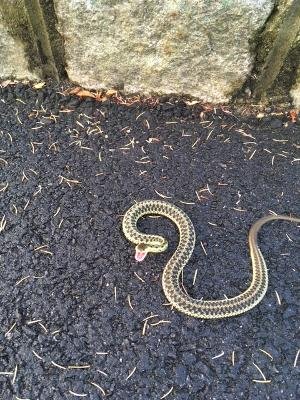 OK, it was a little garter snake but he thought he was a Huge Cobra by the way he was snapping at me with that practically toothless grimace.

Paul you find some of the most random things on your walks, love it.

Premium Member
Actually lately I have been seeing this Supermodel. Beautiful girl who I have seen 4 or 5 times and she is always wearing this same outfit.
It looks like a short white bathing suit cover up and it looks like she has baggy white short shorts under it.

She walks very slow and all the times I saw her she was talking on her phone and looking down. I never saw her off the phone which is on speaker.

Yesterday we went to our large condo pool and she was slowly walking around the pool. This was about 7:00 Pm and no one was there. She never came up for air and if someone was on the other end of the phone, they never got a word in as she never stops talking.
After we left, she was there all by herself still talking. I would like to know what battery she has on that phone.

Premium Member
The only sure way to find out is to ask her.
I know you are not shy.

Premium Member
Not shy at all and I like talking to Supermodels. If I ever see her put the phone down, I may just do that because I talk to everybody. She is new here as I never saw her before this year.

Paul B said:
Not shy at all and I like talking to Supermodels. If I ever see her put the phone down, I may just do that because I talk to everybody. She is new here as I never saw her before this year.
Click to expand...

Just push her (I mean confidently bump into her) and knock her in the pool. Kills the phone then you have something to talk about

Premium Member
Oh yeah, that is a good Idea.

Premium Member
You might even have to rescue her if it's the deep end & she can't swim.

Premium Member
I remember being quite cold many times but once in particular sticks in my mind. It was 1970 and I was a Sargent in the Army in Colorado before I went to Nam. I did my jungle training in Colorado in the winter and in Colorado if it doesn't snow at least 5' deep, they don't even notice it or take out a snow shovel.

We were doing war games which is totally stupid. I had to ride in a small "roofless" Jeep across these plains which stretch almost to Vermont with this skinny second Lieutenant who was not to bright.

We had to lay out this COMMO wire for a few miles by ourselves. We started out and the wire was going out the back. It was snowing. And snowing, and snowing. Eventually it was a foot deep and we didn't know where we were or why we were there.

Remember this is decades before cell phones or even credit cards. We didn't even have a working radio or a pen to write a post card.

Now we were covered in about 18" of snow and it was cold. The Army "Cold Weather Gear" at the time was about as good as Lycra that Nadia Cominich wore on her Olympic trials.

I was shivering, scared and disgusted. The snow was getting deeper.
The LT. tells me he is going to climb on top of a hill and see if he can tell where we are.

I said, "Good Idea because we are going to die"

So he gets out and leaves me there. Now it is getting dark and the snow is picking up as is the wind.

After a few minutes I hear: "HHHHhhhhhhhhooooWWWWWWWlllllllllll".

I am a New York City boy and the only thing we have in New York that howls are rats and roaches.

I must have been thinking "Big Foot", wolf, or the very strong Russian Cossack girl I was dating.

The Lt. is no where to be seen. I yelled for him but it was drowned out by:

And, It, or THEM was getting closer. HHHHHHHHHhhhhhhhoooooWWWWWllll.

I remembered, I have a weapon. An M-16. Yeah. But wait, I idon't have any bullets. I was praying for at least one bullet so I could blow my brains out before whatever it was that was going to kill and eat me any second and wouldn't have the satisfaction of hearing me scream. Or cry, maybe wimper. OK beg for my life.

I got out of the Jeep and climbed on the hood. Now I am at least two feet off the ground and we all know that Big Foot and wolves can't climb that high.

I held my rifle by the barrel and was ready to smash the first thing that came close.
My visibility was very limited by the snow so I waited until I could smell freshly killed accountant on his breath and I would strike. The cold was completely through the Lycra thin clothing I was wearing.

So we were lost and I had to walk in front of the Jeep a couple of miles while picking up the wire until we found our way back.

I
You must log in or register to reply here.

P
Back to reefing !

R
Help with ID and Elimination of Algae

Getting Back in after a LONG Hiatus