well, i've decide to throw the fish room idea out the window. I had a huge tank and everything lined up and the seller backed out at the last minute. The plan was to go bigger but I've been so busy lately that going a little smaller now would be a smarter thing to do. That way i can buy a few choice corals and let them grow out for a year or two, then upgrade to the monster tank. I'm going to go smaller, but I want to get top quality stuff to make the tank as great as i possibly can.

I'm going to be redoing the same room as i had previously planned but instead of building the fish room, i'm going to have a stand built...again. argh. and plumb a few things through the wall into the garage. So some of the larger things (chiller, kalk reactor, water storage & mixing stations) will be in the garage. I've also decided to go T5, i like the color better and less heat & power is a definate plus.

the plan is for the tank to be a mixed reef concentrating mostly on sps. with plenty of fish of course.

any comments, suggestions, or ideas would be greatly appreciated.

i'll keep everyone posted with pics and updates of the build.

UPS man dropped off some goodies 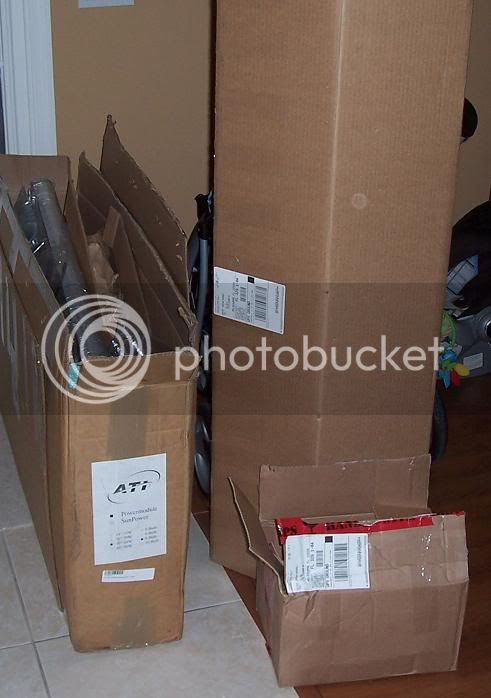 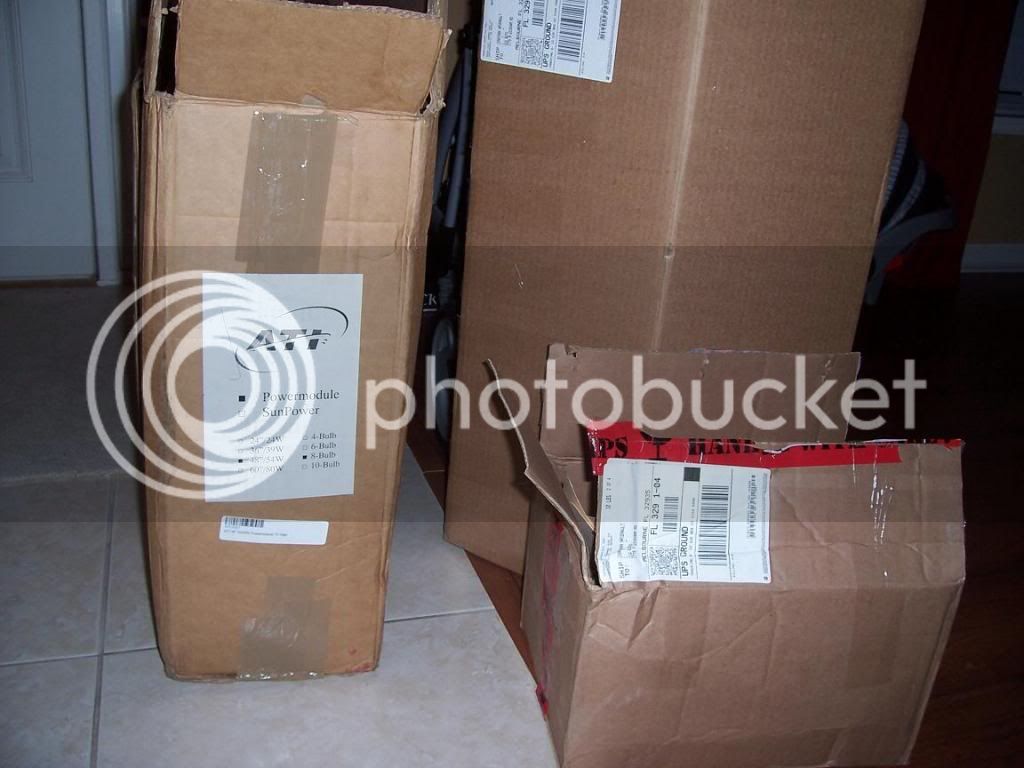 i also picked up a 100 gallon water storage tank 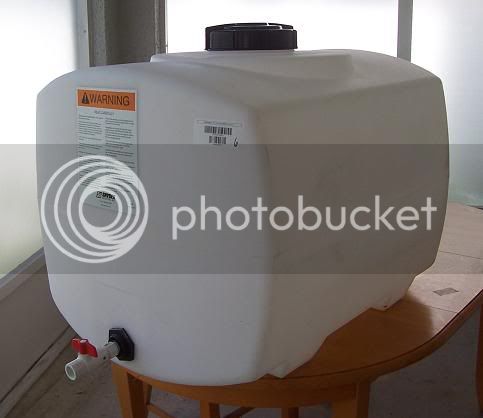 finally got the tanning bed out of the box. this thing is NICE. 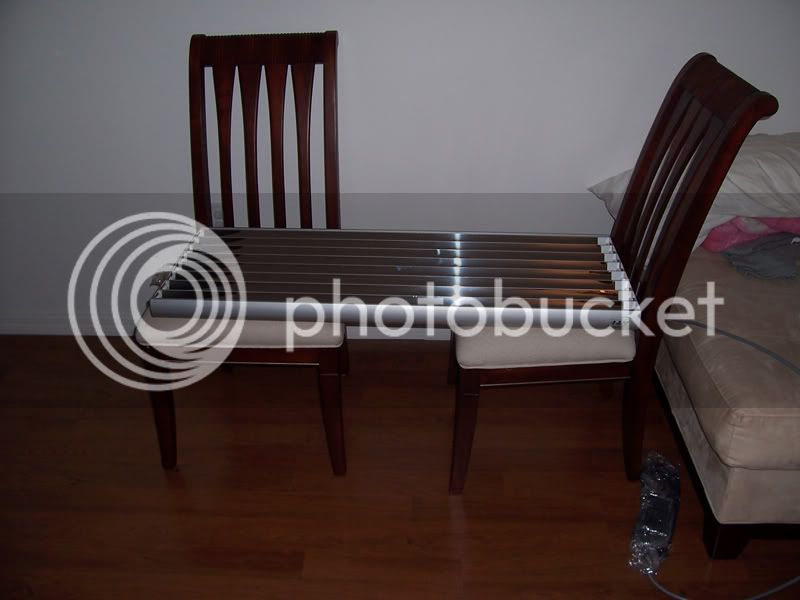 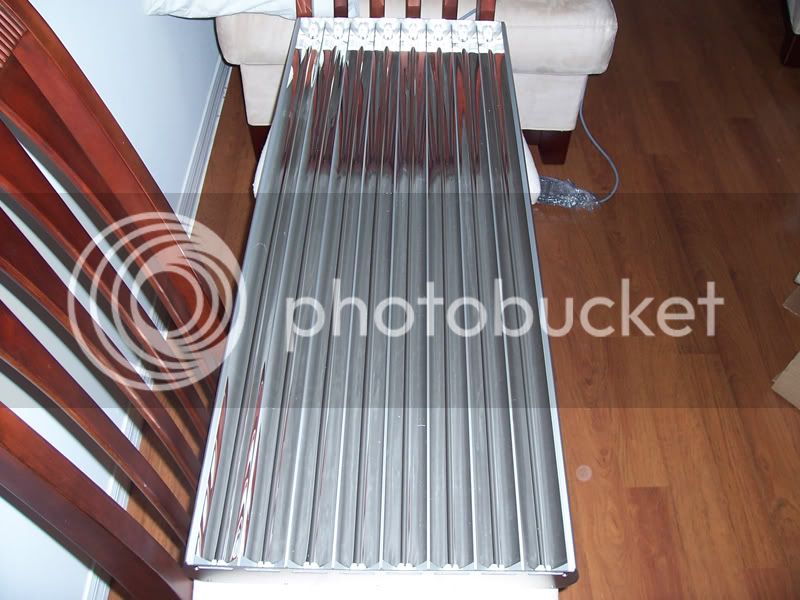 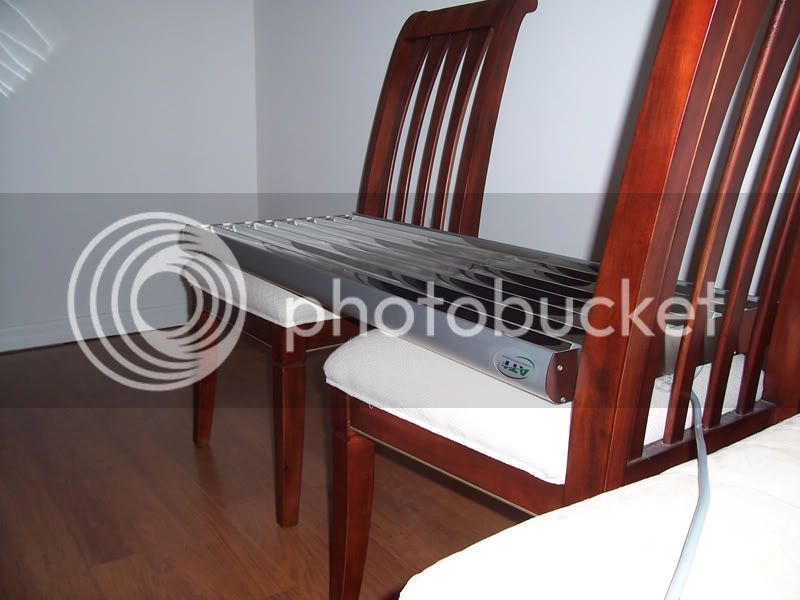 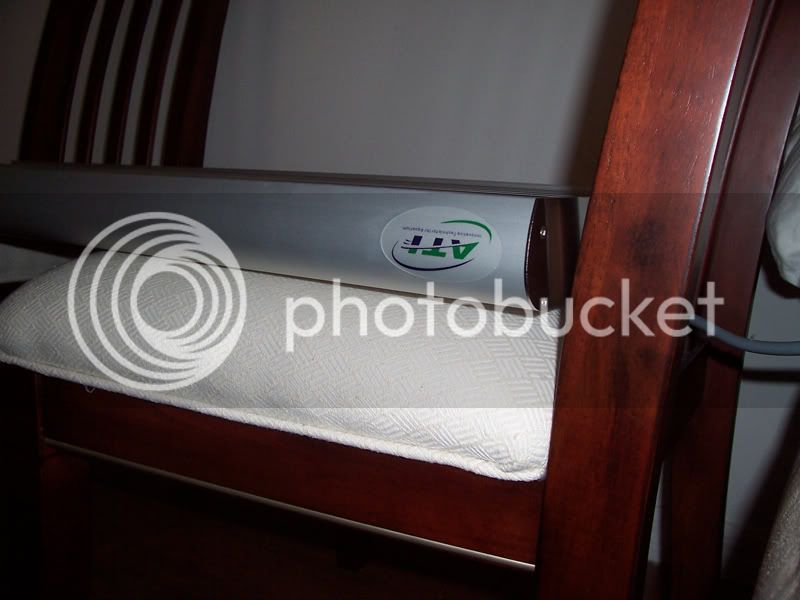 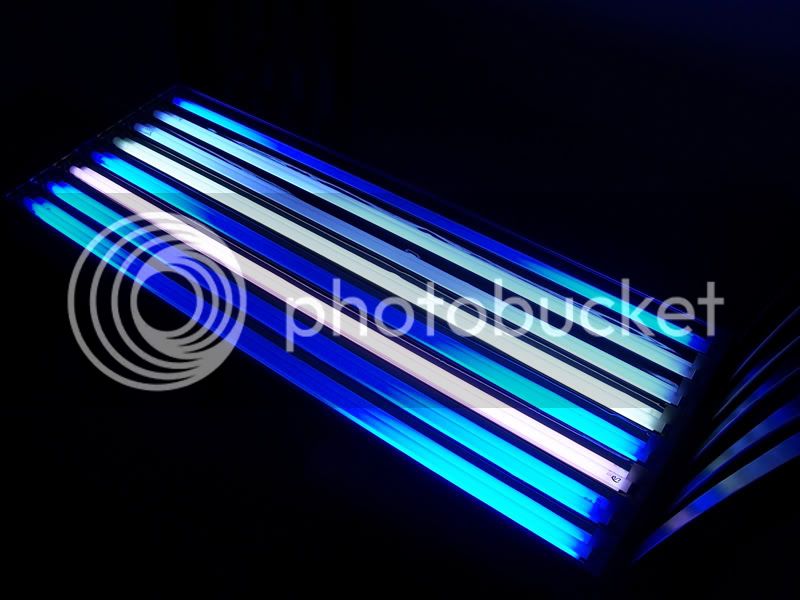 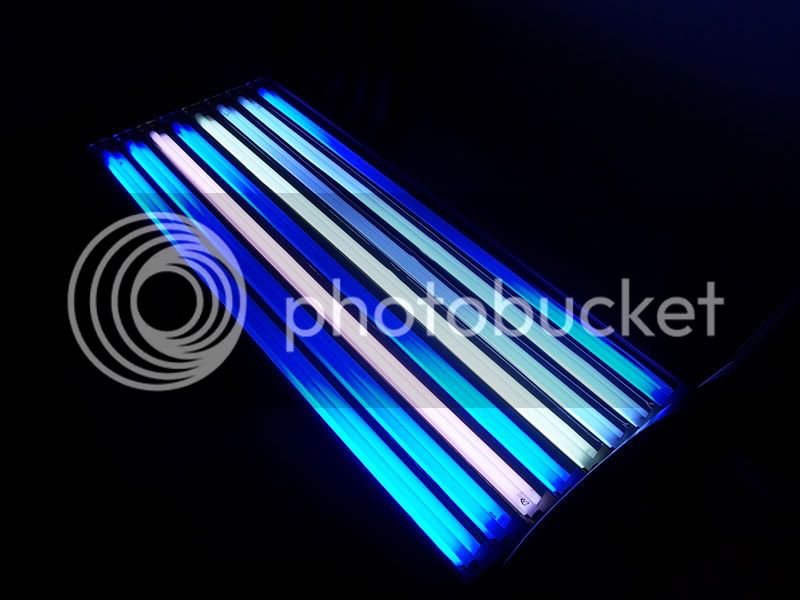 My brother and I did the floors in the soon to be tank and game room. 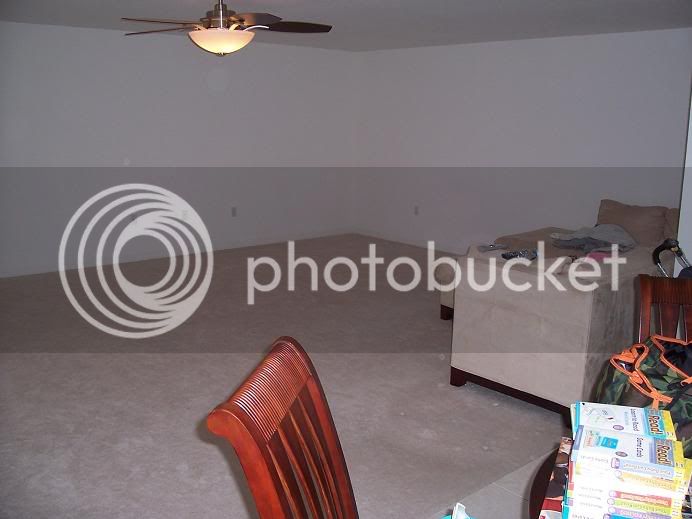 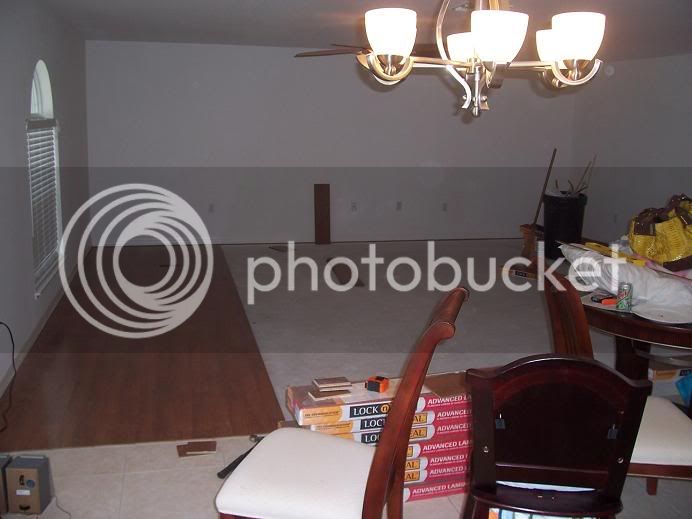 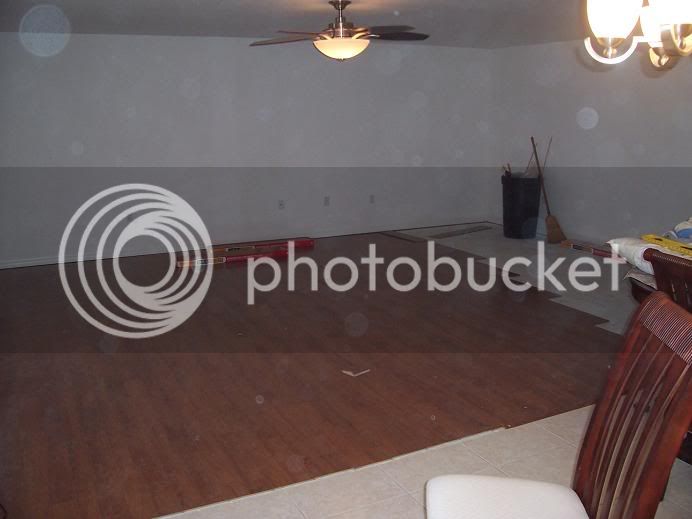 all done...well, kinda. just threw the couch and tv in for now, till i get the tank and pool table in there. i still have to do some trim and stuff too. 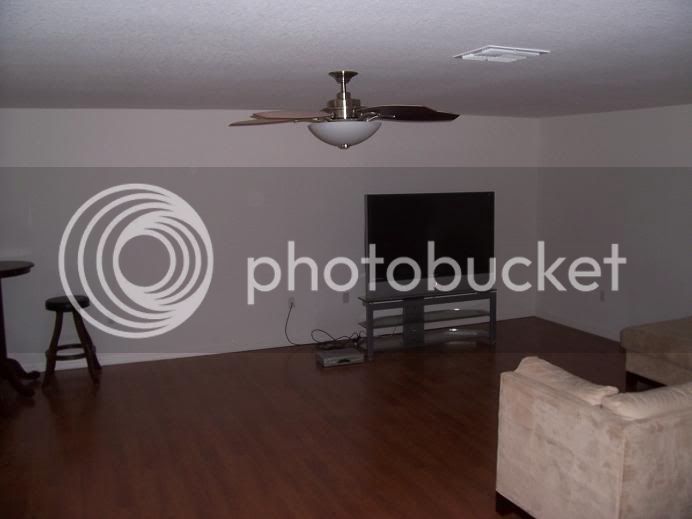 still waiting for the tank....

i've received everything else though. lol. pumps, lights, etc.

in the mean time i've been very busy with the room. we moved the pool table downstairs and the couch and tv upstairs. i also decided that the opening between the kitchen and the game room was just too big so my brother and i decided to build a breakfast bar/counter to help seperate the two rooms, it will also provide a great place to set drinks, etc. we also knocked out the tank stand.

now time to paint, trim the counter, get the garage ready, build a stand for the water storage tank, etc. 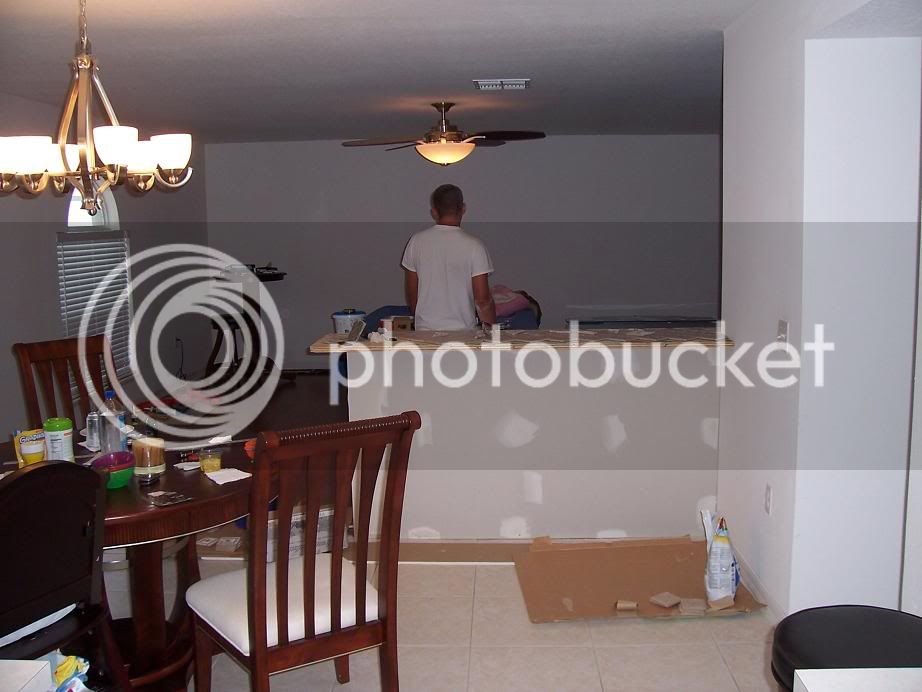 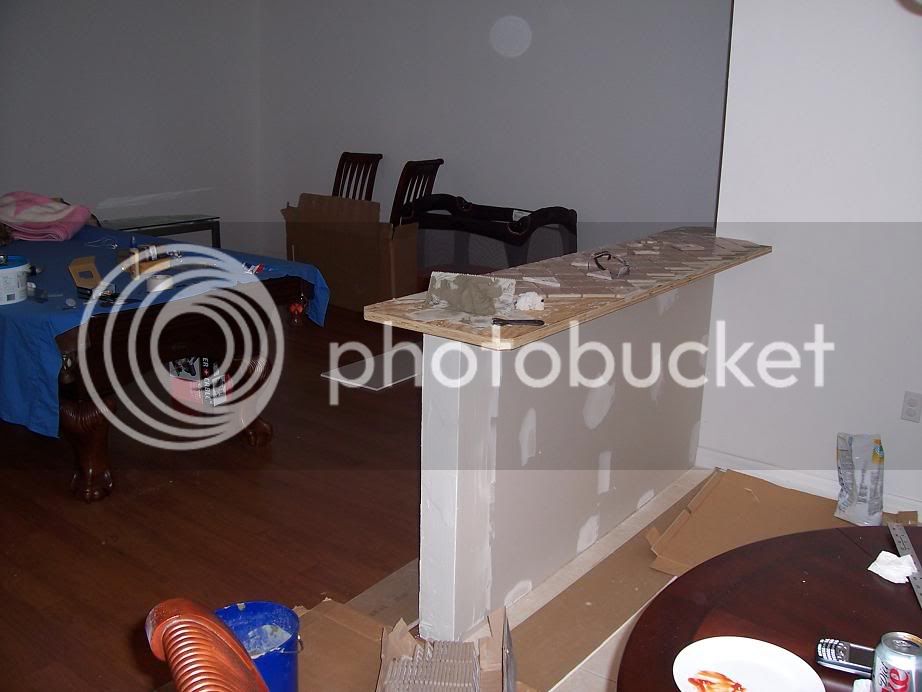 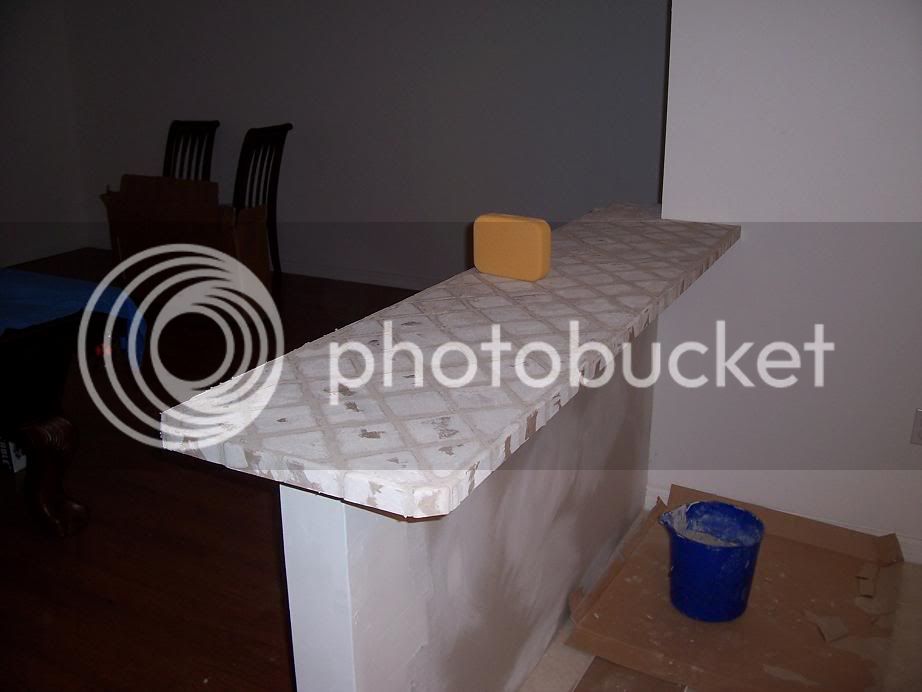 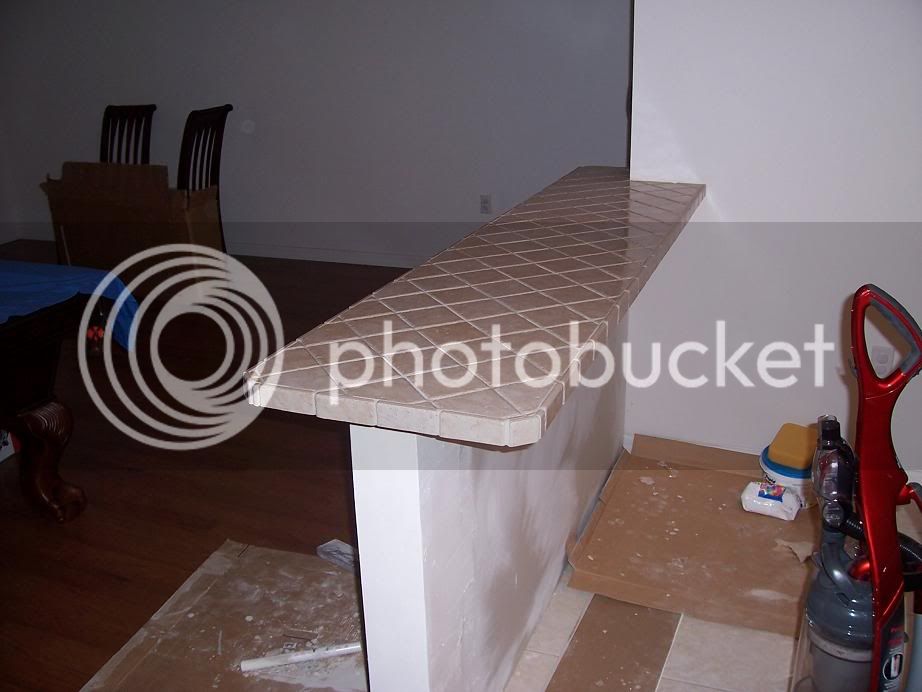 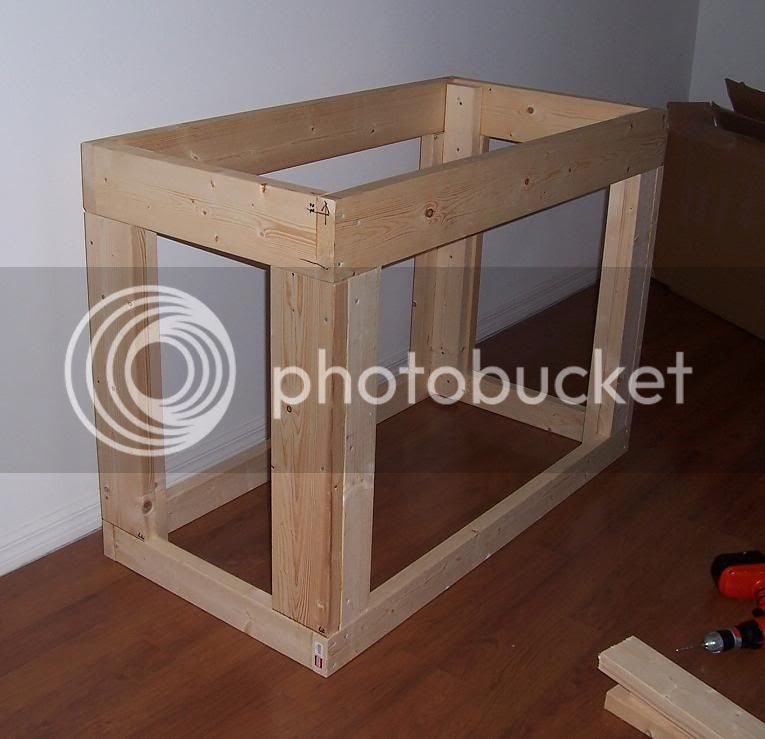 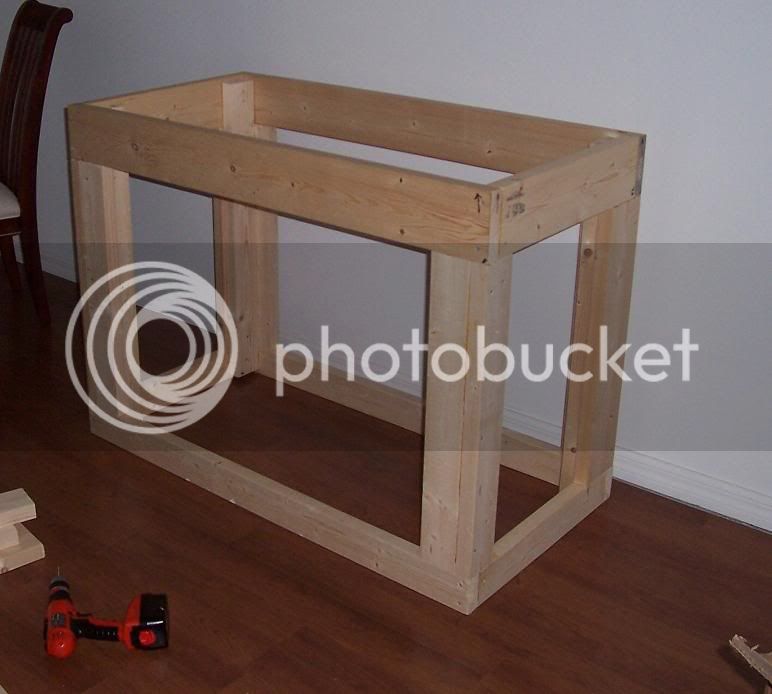 i dont think it turned out too bad....considering we had no idea what we were doing. lol.
L

finished painting, trim, etc. and the tank and skimmer are finally here! 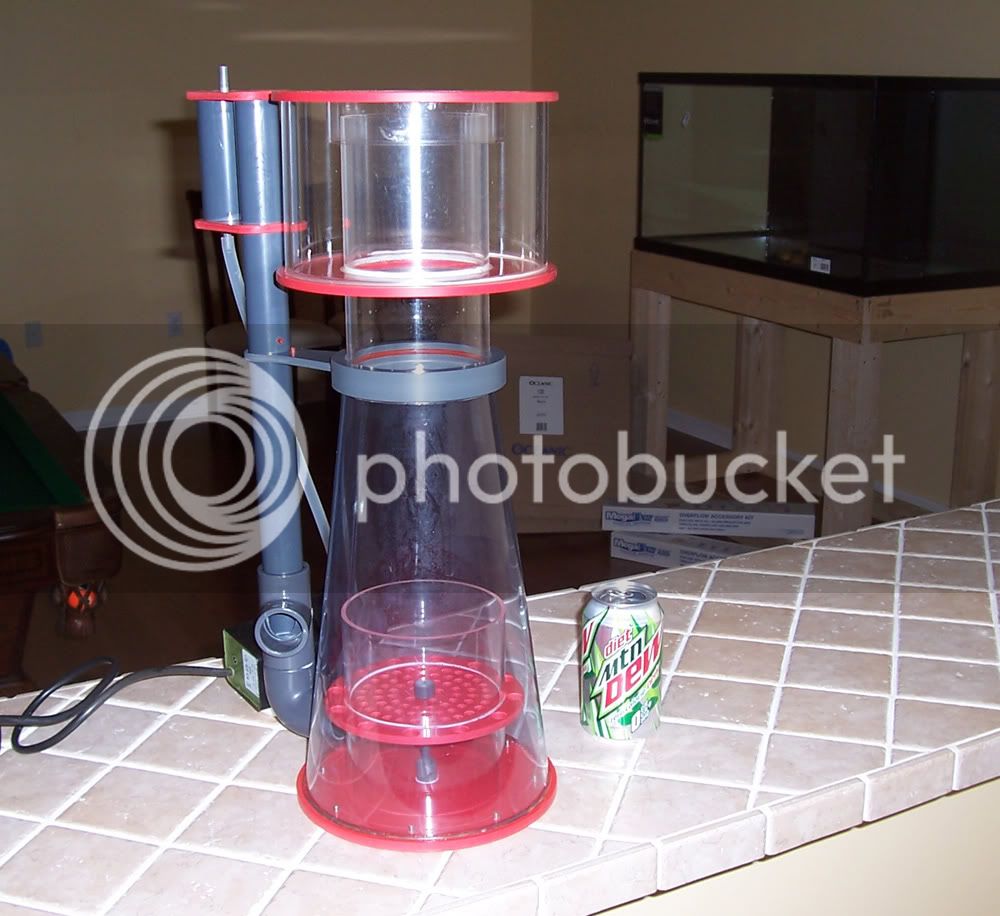 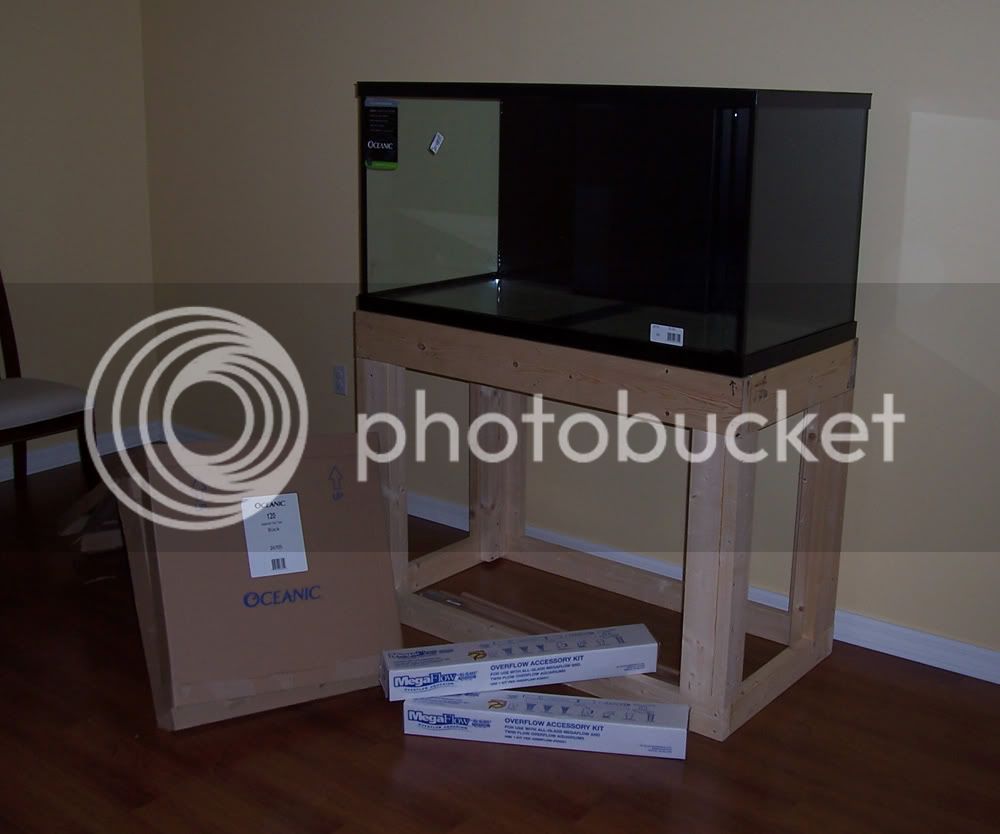 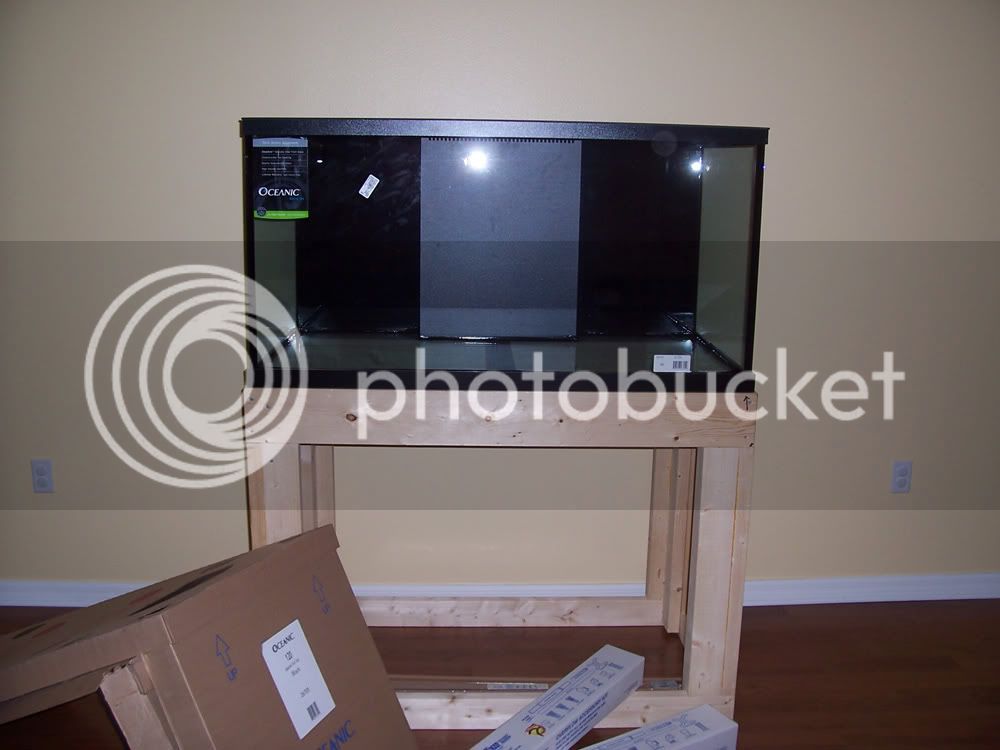 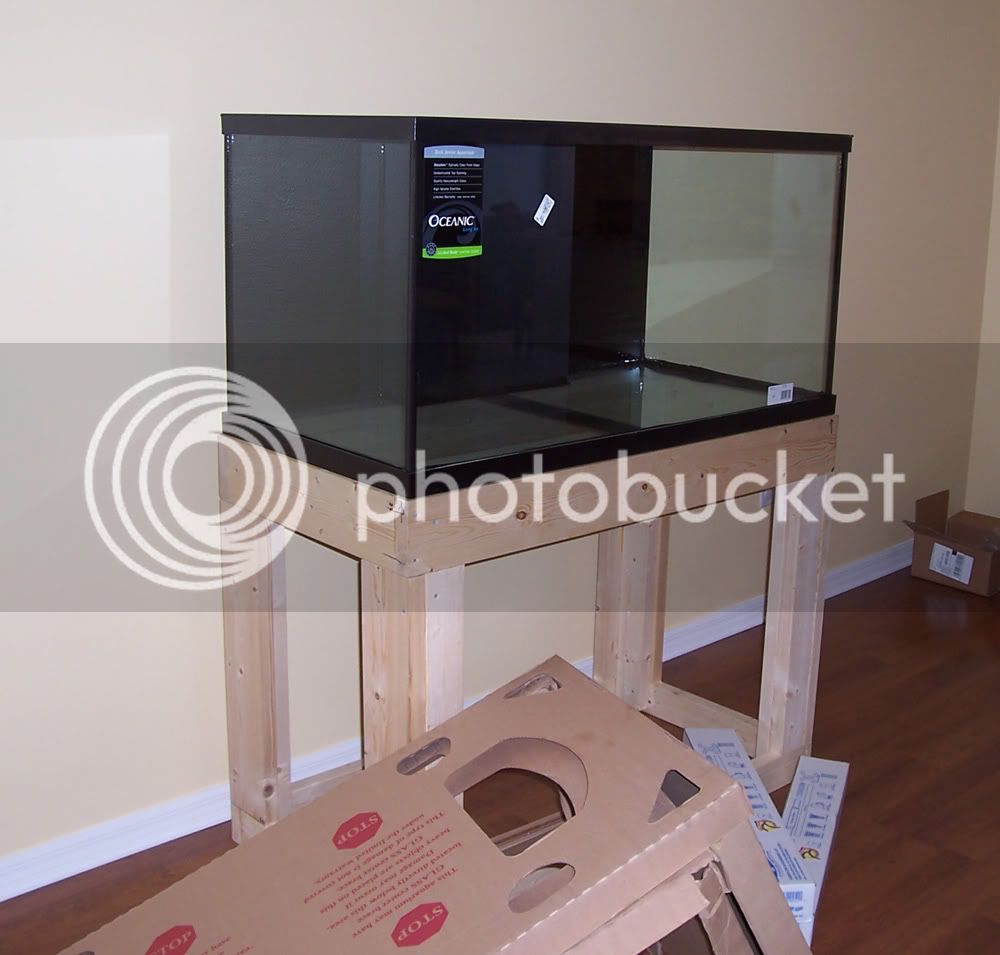 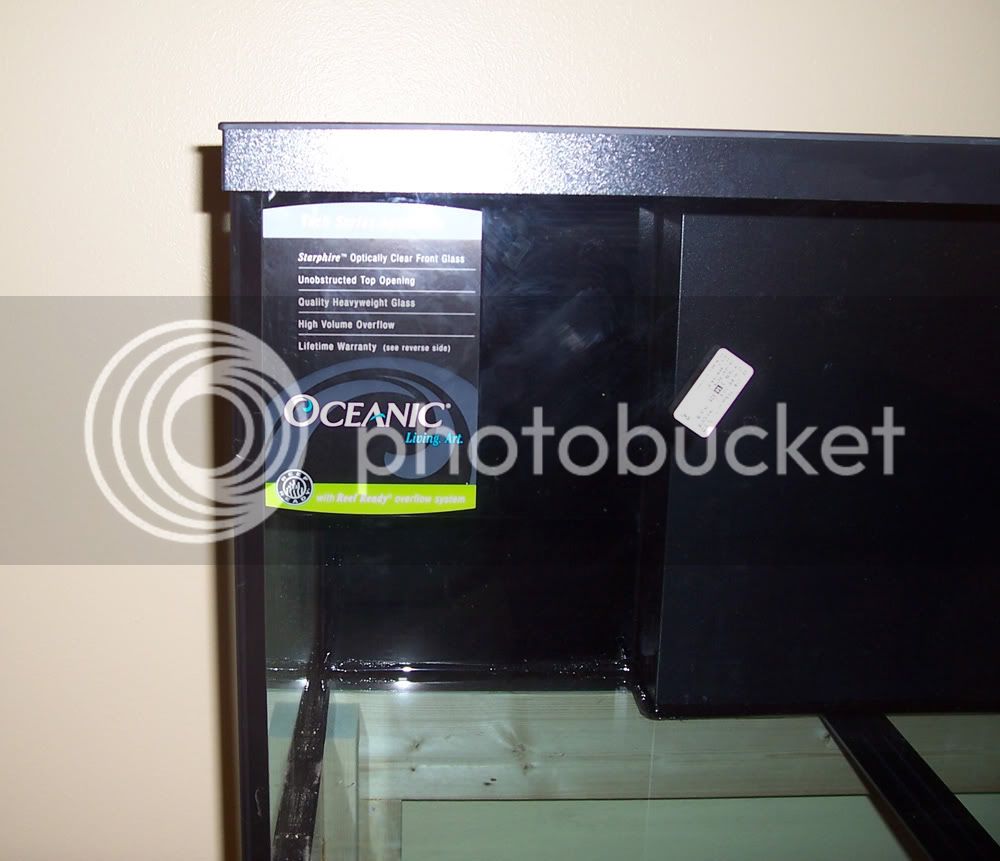 That's a beautiful 120, I really like the single center overflow and starphire front!

<a href=showthread.php?s=&postid=15450033#post15450033 target=_blank>Originally posted</a> by ludnix
That's a beautiful 120, I really like the single center overflow and starphire front!
Click to expand...

2nd that!!! The Tech series are beautiful. From the looks of how the room turned out, I'll bet the 120's gonna be rockin! Keep the pix coming.

awesome light fixture! can't wait to see this one finished

<a href=showthread.php?s=&postid=15450033#post15450033 target=_blank>Originally posted</a> by ludnix
That's a beautiful 120, I really like the single center overflow and starphire front!
Click to expand...

When I had my 120 built I did starfire and single center overflow and I am very happy with it.
L

thanks guys. the overflow style is one of the main reasons why i chose the tech tank. plus i currently have an oceanic and they seem very well made.
L

i beefed up the stand a little and dropped it off at the woodshop this morning to skin. i also started the sump. i bought a 50 gallon tank from petsmart and i'm going to insert acrylic baffles. Not the prettiest thing in the world, but it should get the job done.

now for some pics.

stand before the plywood 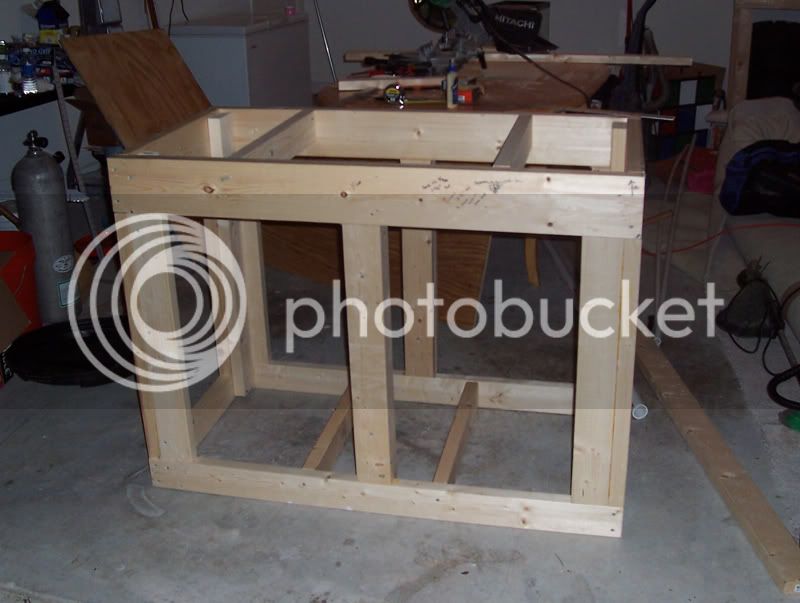 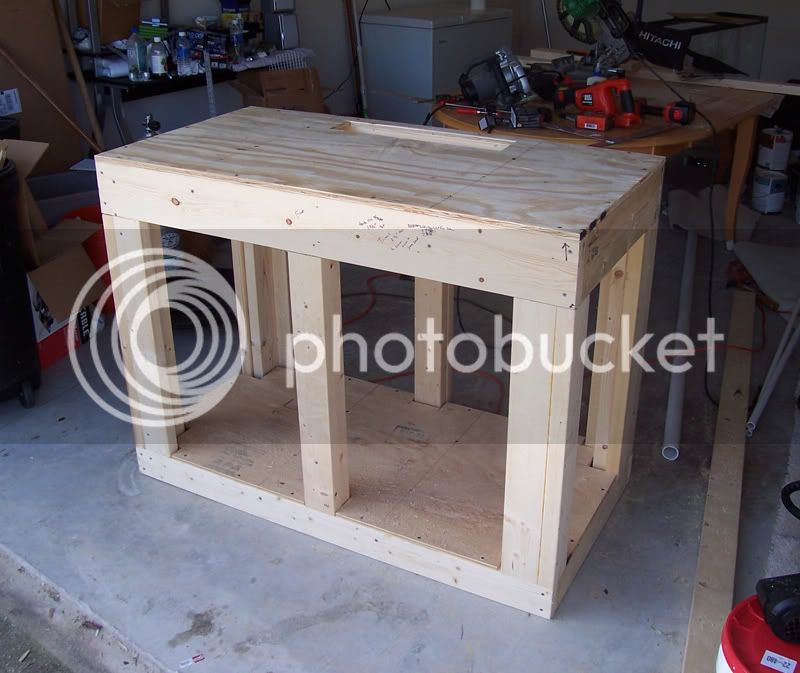 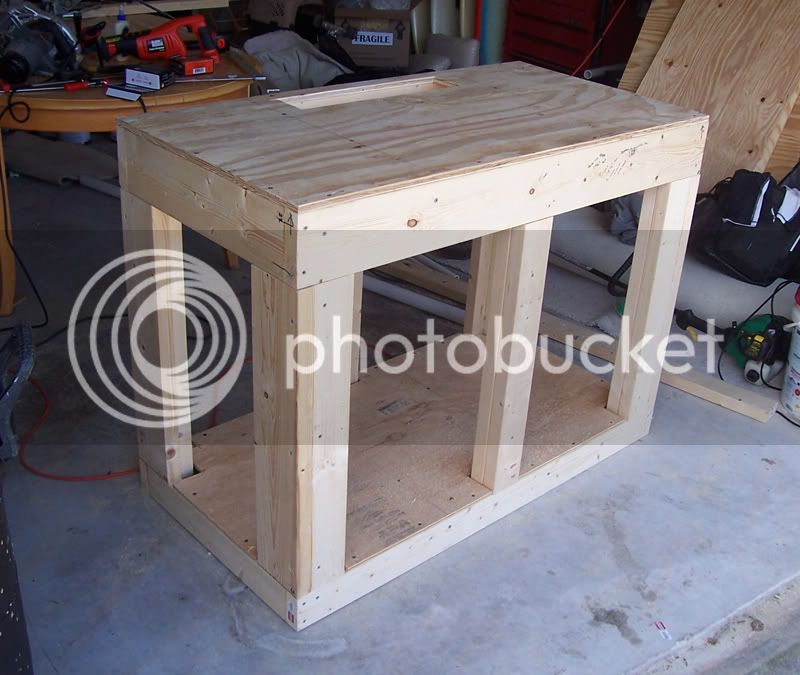 my temporary workshop. aka the garage 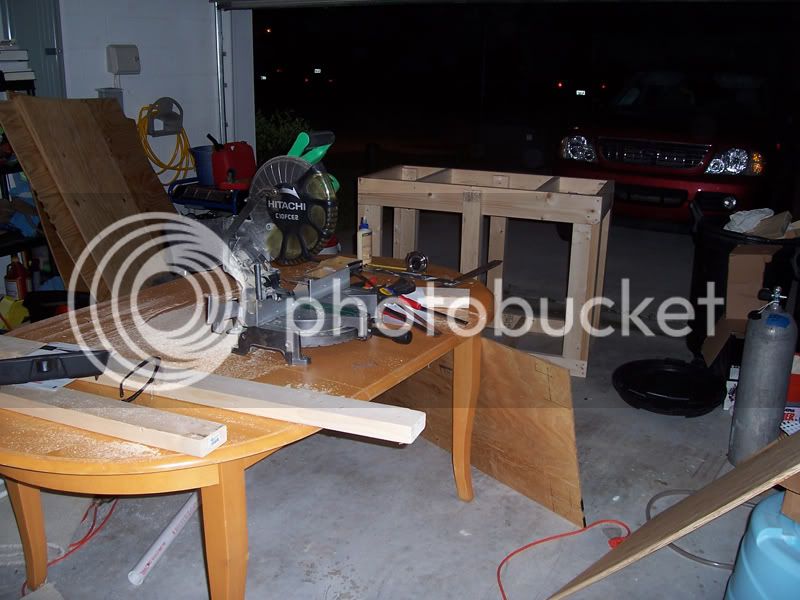 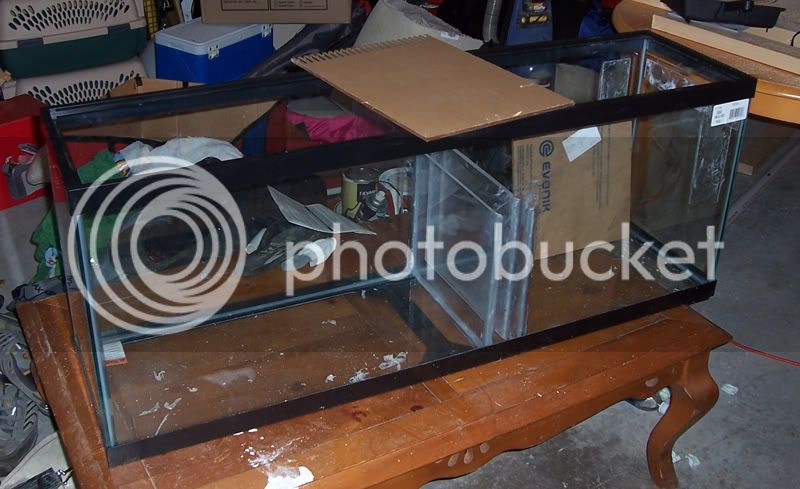 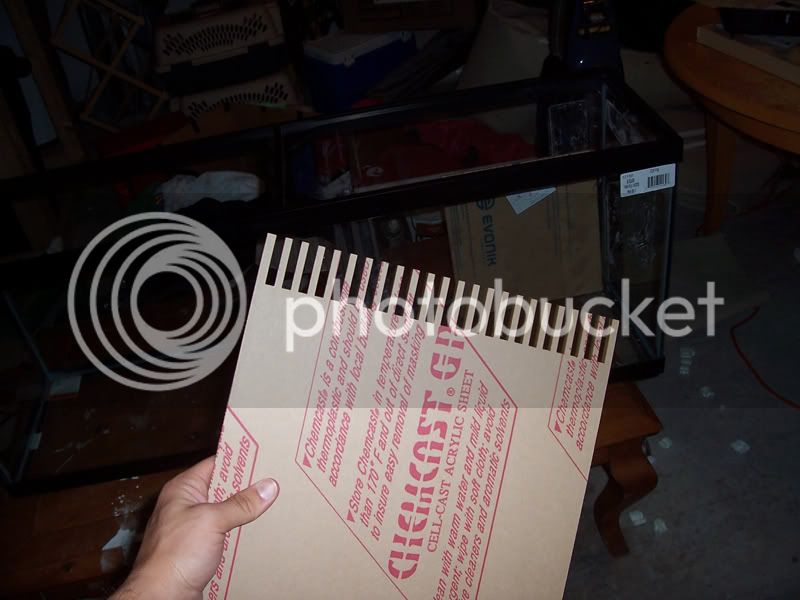 what did you use to cut the teeth in the baffle with?
R

Is that the new german made fixture? That is gonna be a sweet set up.
L

i wish i could take credit for the teeth but i actually had a local acrylic shop do it.

Nice build you have going there. What bulb combo are you running the PM?

<a href=showthread.php?s=&postid=15484828#post15484828 target=_blank>Originally posted</a> by mnml
Nice build you have going there. What bulb combo are you running the PM?
Click to expand...

here's the bulb combo i'm going to start with

Good job on the stand. I'm using the same design and will have the frame done tomorrow.
T

I am sure you have already figured it out but I dont see how that sump is going to easily slide into position. :eek1: Very nice set-up . Cant wait to see it finished.
T

I am sure you have already figured it out but I dont see how that sump is going to easily slide into position. :eek1:
You must log in or register to reply here.