Hey guys. I got this lawnmower blenny around two weeks ago. He ate the majority of the algae on my glass and still picks at it. There is a ton on the rocks.

I noticed his belly is pinched in. Attaching an image of him from today.

I have tried so many foods. Pellets which he spits out and leaves, jumbo mysis which he will nibble on but not really eat. Nori which he has absolutely 0 interest in, and sinking herbivore pellets which he nibbled on once and now ignores. 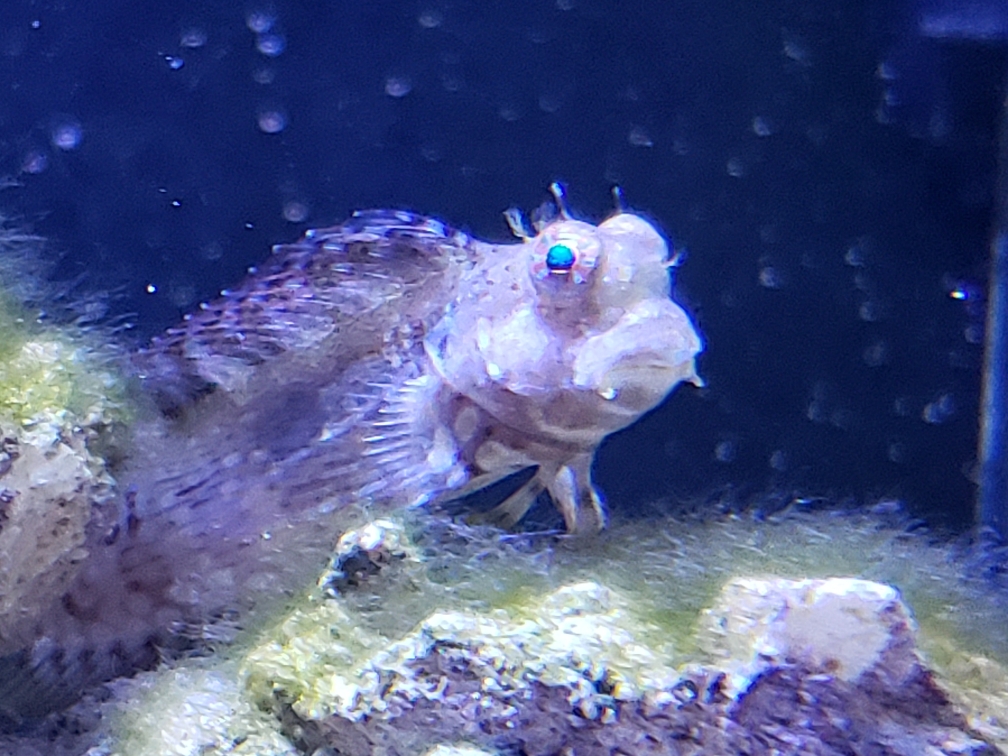 Bump. He is picking at empty spots on the glass, not the algae spots. I think I got a retarded one.

Sent from my SM-G965U using Tapatalk

That's why lawnmower blennies aren't recommended for most tanks. Mine doesn't eat anything I try to feed it, but my 125 has plenty of algae to sustain it. Hopefully yours will fatten up, but it won't happen quickly.
You must log in or register to reply here.

P
my 2 cents on the lawnmower blenny

B
Midas Blenny Skin and Bones