the three I have tried are ocelaris, percula and I'm now trying a single maroon

but I got a maroon clownfish yesterday and hoped and almost expected it to be love at first sight since they are naturally found in the wild together, I read peoples posts that say they bonded in a matter of minutes.

At one point the clown accidentally touched the BTA and seem to be stung by it and it now looks like there is a mark on its body.

My question is why are they not getting along together? as they apparently should

And is it possible the problem lies with the nem?
if anyone could share their experiences it would be really appreciated

It will take time. There is no guarantee for it to happen.

My clownfish is hosted in two condy anemones (I know... even rarer bond than with btas ...). My clownfish knows how to live in anemones but he still got stung at first and gradually got used to the anemone and now never leaves them. They need time to learn how to get used to the stings of the anemone even if they decided to live within one.

If the clownfish never learned how to live in anemones, it just might not happen in tank. Or it will take a long long time for them to realize they can live in anemones. 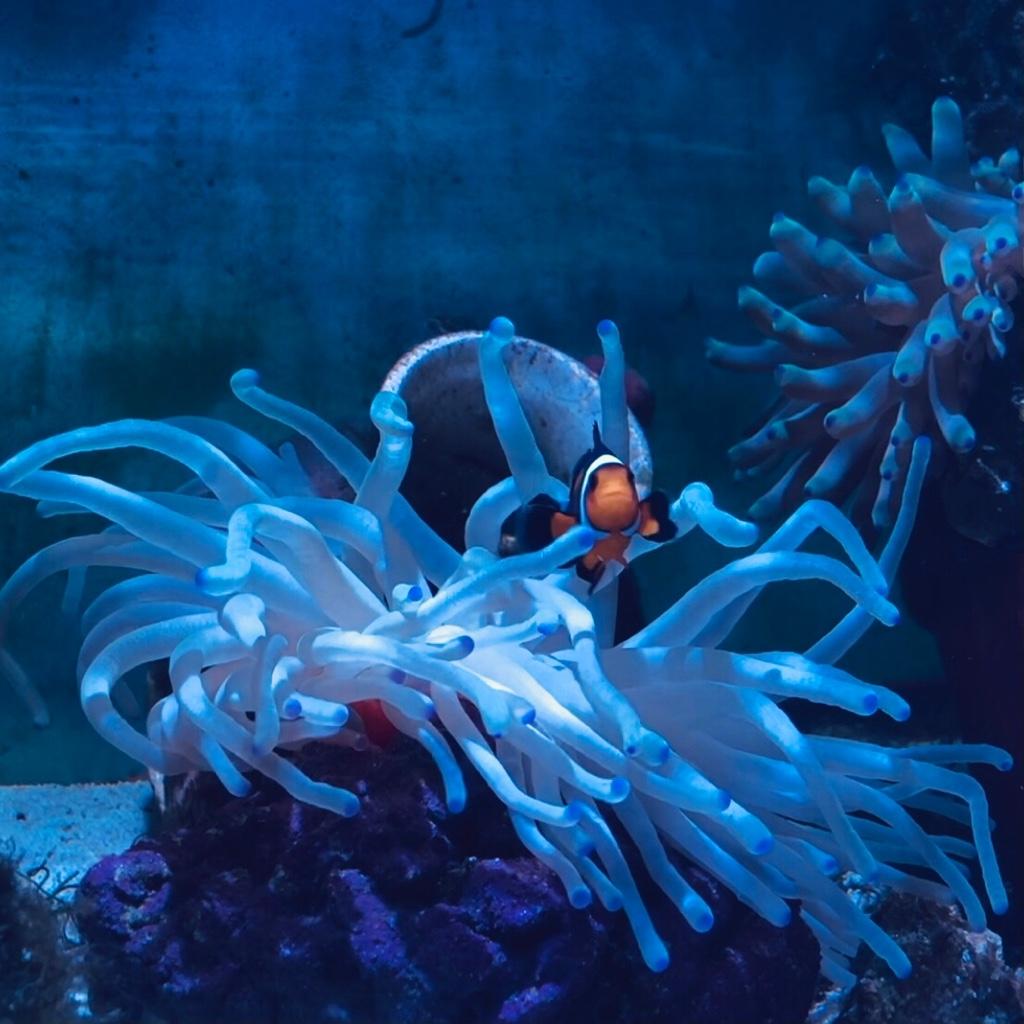 Clowns can be strange. I've had pairs host powerheads, overflow boxes, even magnetic algae scrapers while there's an anemone in the tank.

So all you can really do is wait and see what happens! Theyll most likely figure it out.

In my case it was 5 years, and then only for a few days! I have 2 Ocellaris and many BTA's (not the correct host), one of the BTA's had split and it's sibling moved to the bottom right corner of the tank at the back where my clowns spend their time making babies. The female spent 3 nights in the BTA until the BTA moved and then all interest was lost. The male was not bothered as he was looking after eggs.

Well at least I had three days!

Can anemones get Brown Jelly Disease?