My problem with LED's and LPS Corals

I have been keep reefs a long time...and never been so confused as I am with LED lighting and it's effect on my LPS corals. Most of my SPS do fine. My biggest problems are chalice corals, brain corals, Euphyllia and caulastrea.

These are the readings given by the website of the Dsuny leds . 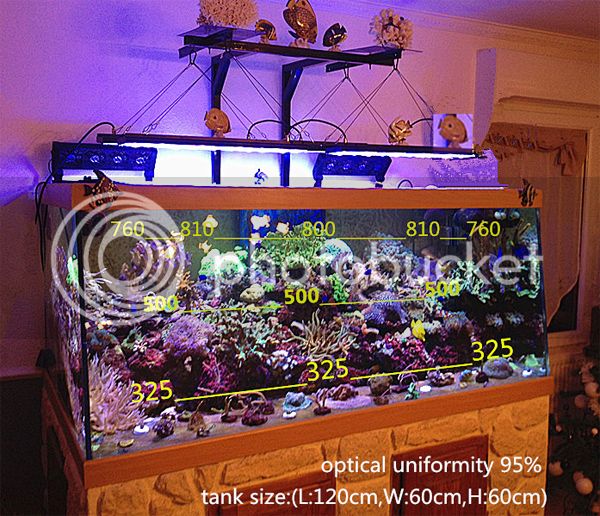 My tank is only a 90gal...20in deep. I have 4 T-5's-55watt each in the back. My 2-led panels are up front. I am assuming from the picture...my par might be higher at 100% because I have the same 2 units up front and my tank is more shallow.
I used to run them at 100%...and found brains to bleach, chalice, euphillia and caulastrea to recede suddenly and steadily.
So, I dimmed the unit. Running the blues at 50%(12hrs). Whites at 20%(4hrs). Still having trouble with receding on those corals.
Decided tonight....run the blues at 40%(12hrs), whites at 20% (lowered whites from 4hrs to 3hrs daily)
I am really at a loss. Water is fine. Most other species are great and growing. I have my brains and chalices in shaded areas now. Any advice is appreciated!!Never had these problems with Halides and T-5's!!

My question...Are they collecting more brains and chalices from deeper waters these days?? I read some people are keeping chalices at a par of 70-110!!
My tank...LEDS are mounted on the top of the canopy. 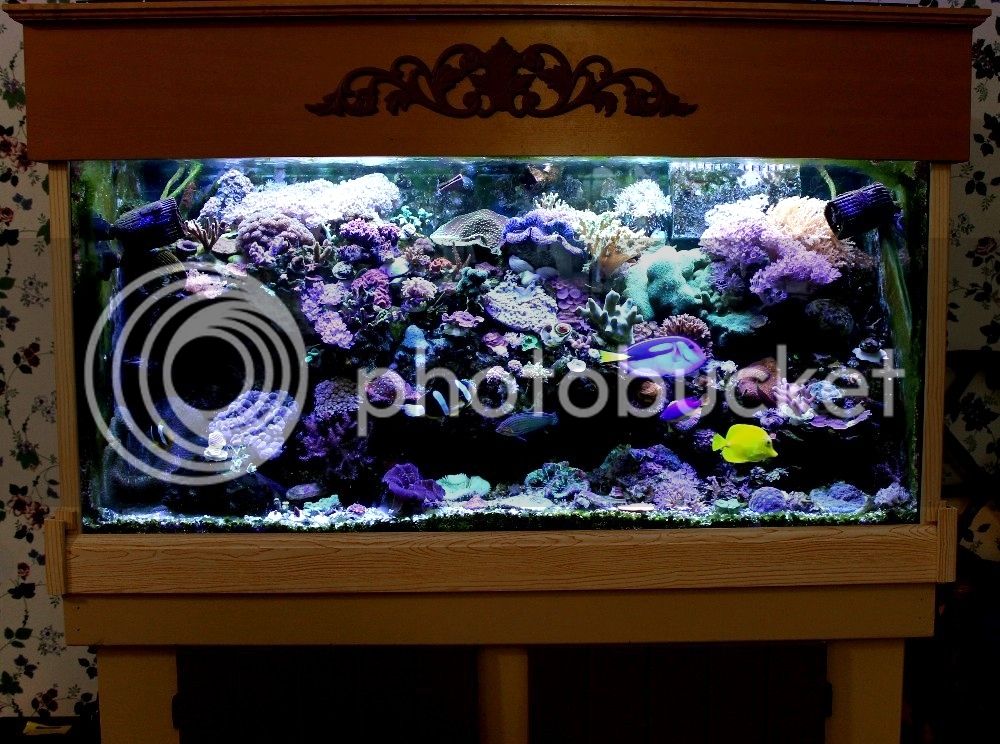 Bump!! Any pros with advice??

I'm no pro but it sounds like your cooking those corals. Even at the low settings you mentioned. You have to keep in mind the length of your photo period. 12 hours is a long time.

I've read many posts claiming that corals only have a "useful" photo period of 6 hrs. That claim is from persons on here I would deem credible, but who really knows? I have no idea how someone could possibly prove that but lets think about it:

A typical sunny SUMMER day begins, sun rises at 6am ISH... by about 11am the sun is fairly high in the sky (beginning your strongest and only direct lighting really). That would be over around 4pm when the sun starts working its way down. Then from 4pm to say 730 or 8 pm theres generally only indirect light again, barely anything really after 6pm, just enough see well really. So from 11 am to 4 pm is the only hard blast of light (5 hours).

On your system, even at your lower settings, while only complimenting your T5's, that led session is like your daily full blast of sun, which your keeping for 12 hours straight. Which would signify the sun at it's highest point in the sky from 7am to 7pm.

On a side note, with 12 hours of sun, I'm surprised you don't have a major algae problem.

So what are you estimating the PAR level is where you are keeping them? I have come chalices that do great at up to 300 PAR but others that start to bleach if they hit anything above 100 and are happy around 70 or less. Photoperiod matter too as stated above.

IMO it really comes down to different chalices have a huge variation on the light intensity they like. Same with brains that I have had. I have a lobo in 500+ PAR, but I had to move an open brain to a shaded area with under 100.
B

You know what...you guys are right. Thinking back, I used to do my T-5's for a longer period, but my metal halides only 6hrs a day. After getting rid of the halides..I had the OLD original LED's from china. The whites stunk...I never ran them. Just ran the blues at 6hrs a day. They were less powerful than my current led...non dimmable. I used to keep a sheet of lexan between them and the tank. The new LED's are considerably stronger..but, dimmable. So..I have set the whites at only 3hrs a day now..at only 20%. The blues, I am figuring out the best way to follow the advice given, but not stress the things doing well. I did not like my blues at 40%. Really does not look bright enough. So..I put them back at 50%. But..dropped the photoperiod from 12 to 9hrs. In a few weeks...might go down 6hrs. Sounds like a reasonable plan?? Thanks for the help!!!
A

I am experiencing similar problem. Wondering if you have an update on the changes you made?

I would like to hear of your results as well brutuscz. i just ordered these lights and am curious to see how things worked out for you.
You must log in or register to reply here.