If I'm playing hide and seek, I want Centropyge aurantius on my team. Already has quite a talent for disappearing.

This one was in a relatively bare lfs tank for several months and fat as a pig, so I think it will have a good shot. 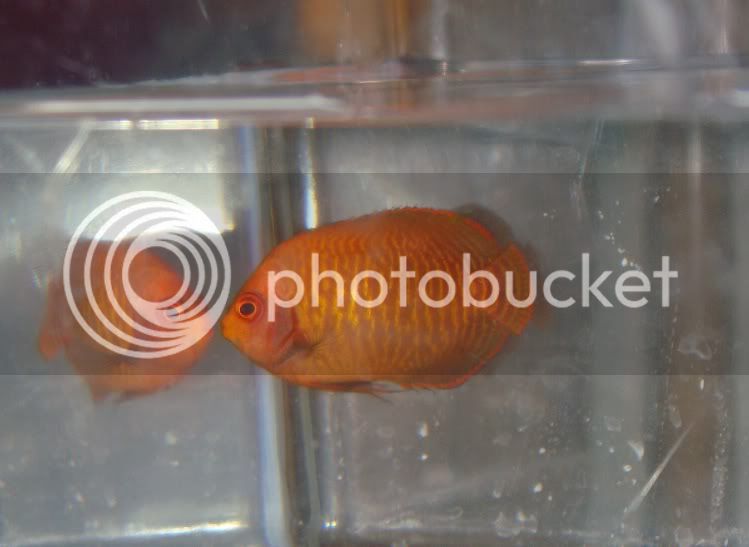 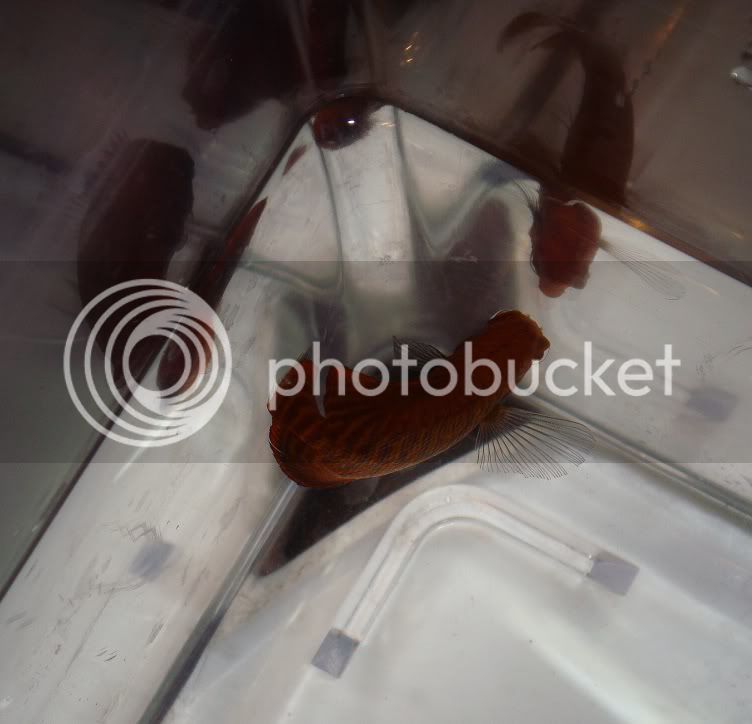 Always wanted a multicolor, and they are one of those fish that really "pop" when you see them in person. 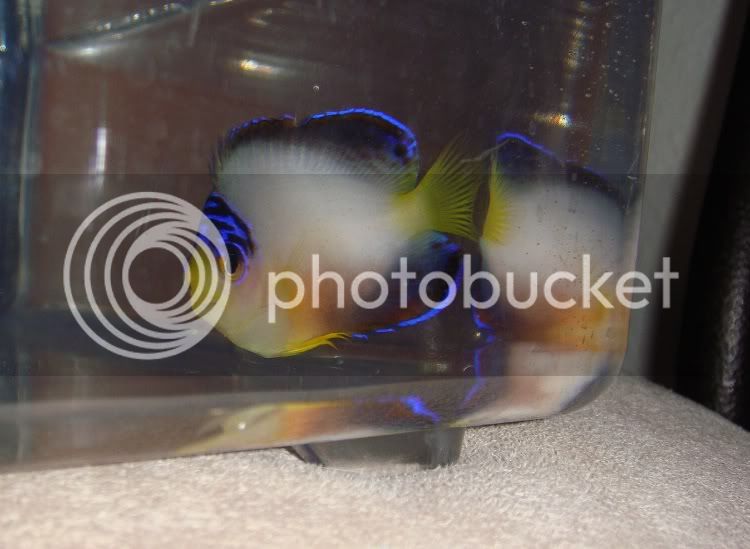 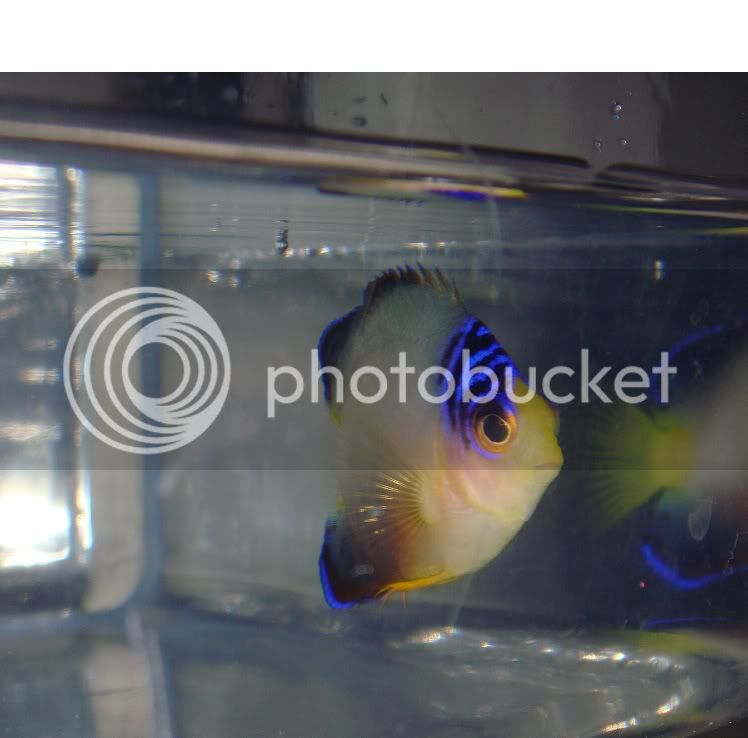 i also have a multi color angel as well, nice lookin fish. mine is the boss of the tank. sometime chasing the coral beauty around.

That golden angel is beautiful. There was one in a lfs near me for a few months as well. It was also a good eater and not as shy as i'd expect.

Both eating already, especially the multicolor. The golden is having the time of it's life finding new hiding places and darting from place to place.

It's out and about quite a bit now.
S

If you can see it, you are already ahead of the game! LOL.
A fish well known for hiding.

Multicolor dead when I got home from work tonight. Not a mark on it.

It always sucks to lose a fish, but losing an expensive fish makes me want to hurl myself off a building.

I wonder if the LFS will give me some kind of credit. I've never lost an eating fish in 24 hours like that. Are they difficult to acclimate?

I've had a multicolor for about 3 weeks. 2 weeks of prazi and curpramine. He didn't eat very well for the first couple of days but is doing great. It is really hard to say but you may have just received a sick fish.
Will the golden angels come out in a community tank? You have a great looking one by the way!

I think I'm going to keep the golden by itself for quite a while if not permanently. I have it in a little 12 gallon tank with some hairy rock and the A/C blows directly onto the tank keeping it fairly cool. The fish is only about an inch so it should be fine in there, at least for awhile. Keeping the tank under actinic lighting...looks like a small deepwater slice of ocean. Lots of surface agitation is giving a nice shimmer. Cool effect.

It was in a tank with a chevron tang and a yellow candy hogfish and was pretty active, but I think it would rather hide if given the opportunity. Don't think you'd see it much in a community tank with hiding spots.

Tell you what, it was difficult to leave the store without that little 2" chevron tang. The price tag was a little alarming.

Good news for the golden. Ate mysis the first day, but then didn't eat anything for a couple of days. Started eating mysis again on about Wednesday, started eating flake on Friday, and started eating NLS pellets today.

The little golden angel was doing very well, so I moved it into a larger tank with some interesting tankmates, including a small flame angel and coral beauty. This tank is littered with dead coral skeletons and live rock piles and makes a good habitat for dwarf angels. It's been in the larger tank for about a week and is thriving. Some aggression from the flame at first, but that has all but disappeared.

Front and center in the food line with the other angels. It's enjoying all of the extra space, exploring every nook and cranny.

All of the fish collect to the right side of the tank shortly after the lights come on because I have another tank directly to the right. The fish in both tanks have to check each other out for about an hour or so.


This is an interesting tank. What was set up for dwarf angels has also turned into a rehab center for the maroon clown and bluethroat trigger. They both got shredded in a larger tank and are healing up in this 75 G. The bluethroat is too aggressive for his own good and picks fights he can't win. The maroon completely lost her tail one night. Top half is growing back, don't know about the bottom half yet. The juvi emperor is only there until it puts on a bit more size for the larger tank. Will probably stay in this tank until it hits at least 4", currently not much bigger than the golden. The powder brown rules the roost.

It's an interesting mix that cannot last, but for the short amount of time they will all be together it's my favorite tank to watch.
R

Well, that is great news for the Golden.
Sorry about your C. multicolor. One reason I get the heebie jeebies about buying expensive fish. Always a risk.

Matthew
You must log in or register to reply here.