Bought what I thought was a blue LTA in September only to bring it home and have it not only lose color but become bleached as well. Found it had been dyed. 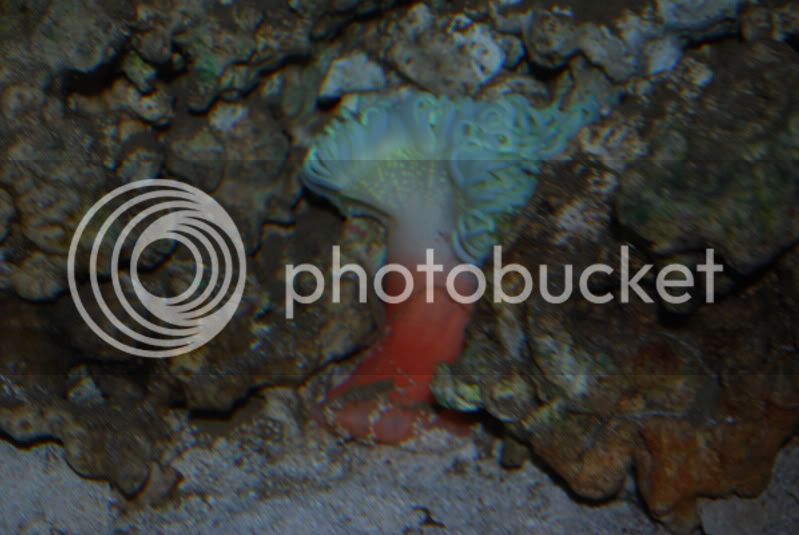 It moved around but I finally burried it's foot in deep sand and it hasn't moved since. I fed it weekly and it started to turn a tannish brown color, losing all the blue dye. Now I could say it is no longer bleached. It's foot is still burried deep in the sand. Not as pretty as when it was dyed but at least it's healthy. My percula clowns use it as their 2nd home. 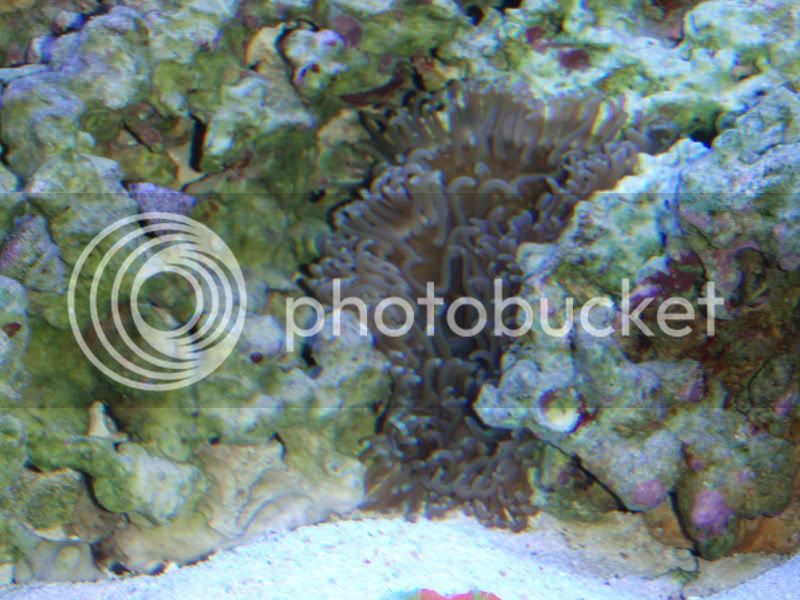 can't get a good picture because of the rock in front of it. I thought about removing the rock so it could be better viewed but I'm afraid it would change the flow, get uncomfortable, and then start roaming so I leave the rock. The following are top down views taken underwater with my point and shoot Olympus. 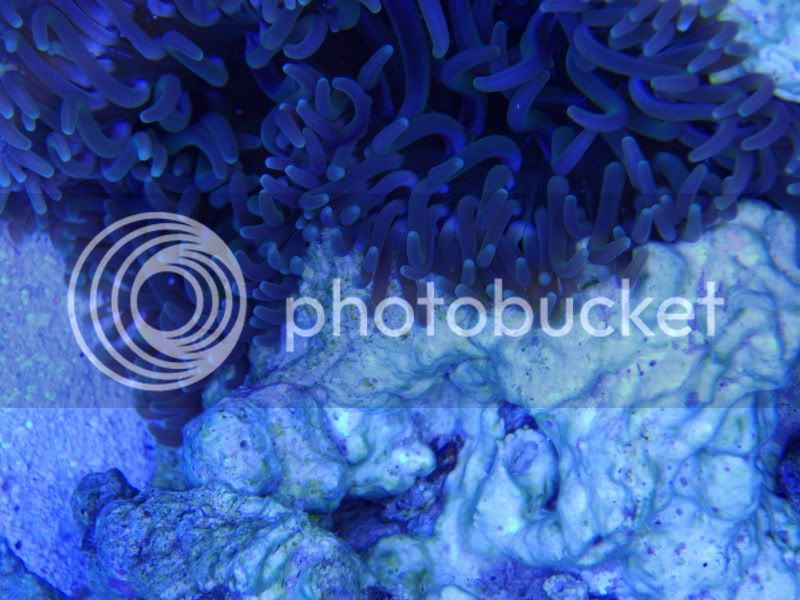 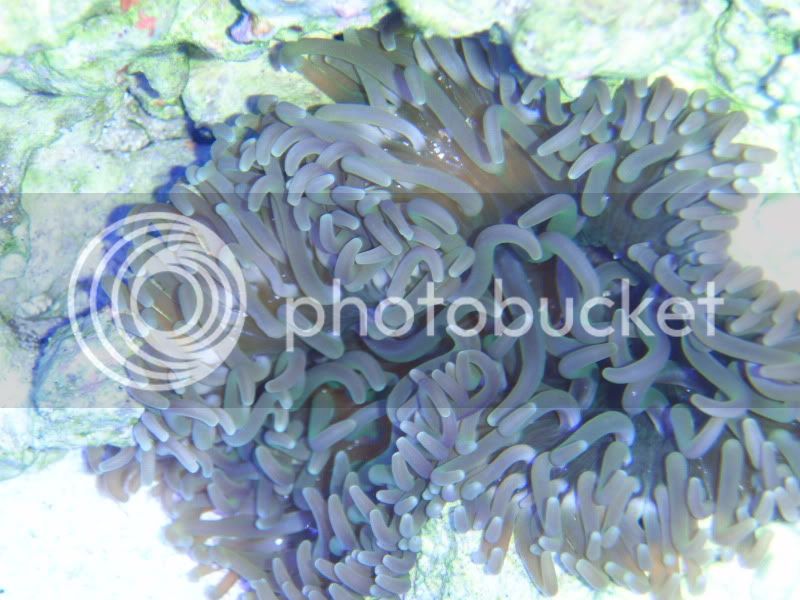 Good looking lta,really looks healthy since it was dyed.

They can!Most anemones can change color!

I am going to have to disagree a bit.

Ya I didnt mean like from a bright green to purple but more lighter and darker shades of the original color.Guess I need to be more specific!

I thought it looks greenish but wasn't sure if it was residual dye that it hadn't completely gotten out of it's system.
You must log in or register to reply here.