Red algae ID - INtroduce to new system or stay away!!!

I have an algae that has been growing well inside of my 30 gallon fuge on my 120 gallon's system. It has always been isolated to the fuge and never shown up inside the 120. I am currently adding live stock to my new system and do not want to get something that could possibly be a nuisance into my 400 gallon display, although it is an attractive species. Any input would help! Wet Web Media replied back thinking it was a fauchea or gracilera species? Gracilera is ok by all standards but I have heard mixed feelings on fauchea, it is attractive but I don't want an over growth of macro in my SPS display, some is ok and actually desired.

The Live rock in the 120 gallon system is a mixture of south pacific and carribean live rock and the only macros purposely placed into the system were some blue ochtodes, chaeto, and a clump that was sold to me as a gracilera sp.

THe algae in question is easily broken and fragmented, not too "fleshy" 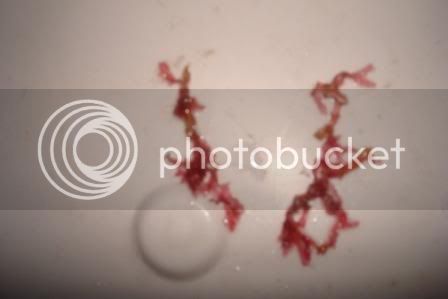 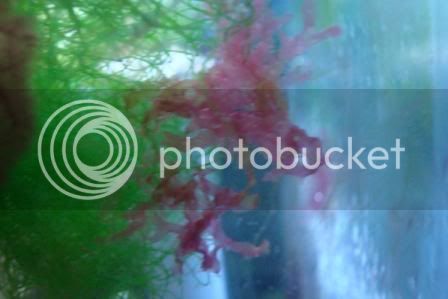 It started out solely on rocks and progressed to the tank walls as the chaeto filled the tank robbing it of light I suppose.

Thanks for any help guys.

i wouldn't allow that in my systems.

If it's the same as I had, which it looks like it is but can't tell exactly from the fuzzy pic, it took hold everywhere in my frag tank and grew wild even after tearing it out week after week.
O

lol... thats enough info although just for my intellegence sake if anyone knows a more exact species or common name let me know. It did the same in my fuge except after the chaeto and the frag rack were added it lost light... what made it is surviving in the cracks per say. Catching glimmers of light through the gaps in the chaeto and frag rack.

Often called "red dictyota" although it's not the same thing.


Would be good for a refugium so long as you could keep it out of the main tank.
O

the contamination is what i fear. i think im going to skip itd addition

Re: Red algae ID - INtroduce to new system or stay away!!!

<a href=showthread.php?s=&postid=14745671#post14745671 target=_blank>Originally posted</a> by obiwanthegoby
I have an algae that has been growing well inside of my 30 gallon fuge... the algae in question is easily broken and fragmented, not too "fleshy".... started out solely on rocks and progressed to the tank walls...
Click to expand...

Hard to identify red algae from pictures. If you read the highlights selected from your post, will see the answer to your question. Any algae that grows well, is easily fragmented, and can grow on tank walls; can easily become a nuisance.
O

Well I did my best to isolate it. I pulled all the fine strand chaeto out of the fuge before posting this. (it seemed to contain a lot of tine fragments as opposed to the thick strand chaeto I have) I know of one piece that got left in the tank and cant find it . Hopefully It got caught in the filter socks somewhere. I am waiting on some Green Ulva and Red Gracilera for the fuge now......
You must log in or register to reply here.