I recently added some corals and on this particualr acropora I found this little guy hitchhiking. Wanted to know if you think it's safe to leave it there or would be better of in the sump?. 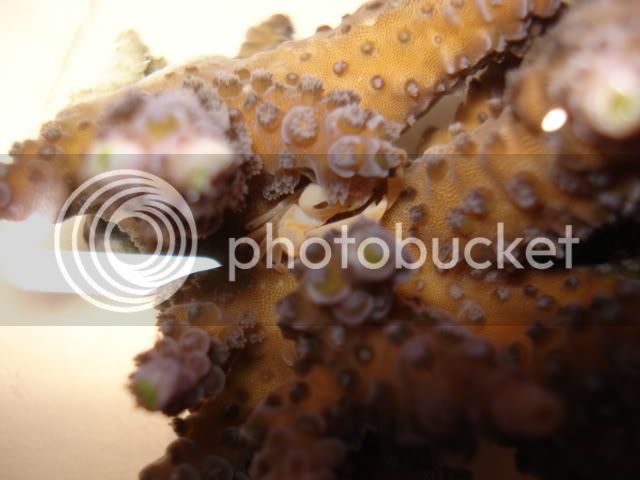 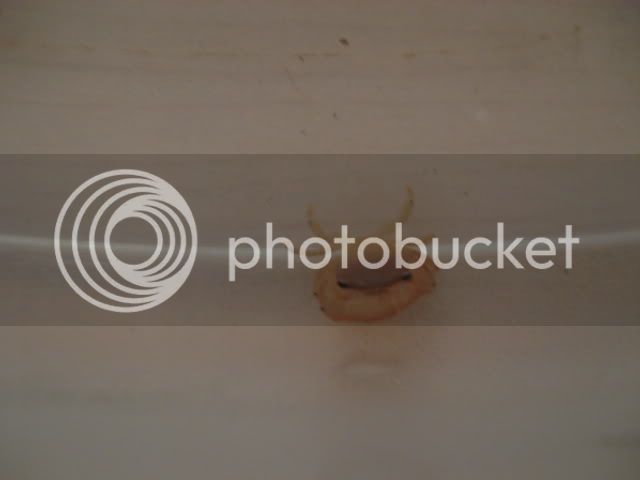 When I feed the tank, he reaches out to grab some food and I have not seen any damage on the coral.

Meaning it's safe to leave it there?

Thank you and I should have think of Melev's page in the first place.

Description:
Acro Crabs, as they are commonly called, are always found within the branches of SPS corals. They are small (< 0.5" across) with a white body and a black line across the plane of the eyes giving it a bandit look.

Good or Bad?:
Acro crabs are harmless commensals, apparently living in harmony with their associated coral. It is unknown what they feed on, but presumably the mucus secreted by the coral or perhaps particles trapped by the coral polyps. They will also eat meaty food that falls into the coral, but they do not need to be specially fed. They will sometimes migrate from coral to coral, but usually stay within the same coral colony.They will die if separated from their coral and should be left where they are found.

Definitely it has a bandit look, ok, so it stays with the acro. Thank you
You must log in or register to reply here.

A
Biocube: how can I change background color safely?