I will be receiving this fish from the DD today: 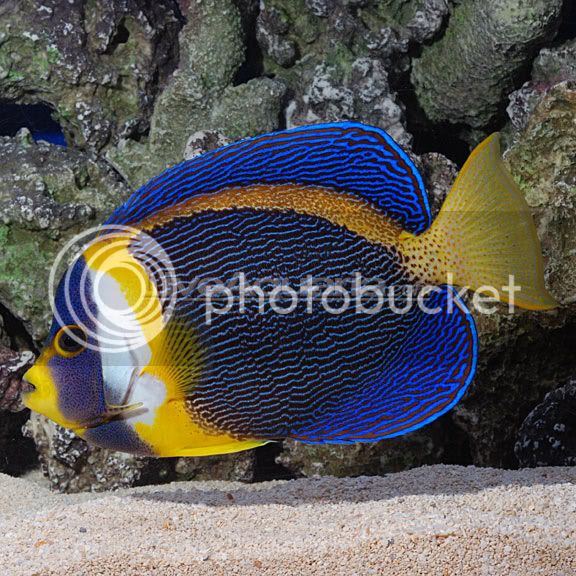 It was labeled as a male, and it is clear to me that it is such.


Last night Liveaquaria posted another scribbled angel that is also labeled as a male. Here is the fish: 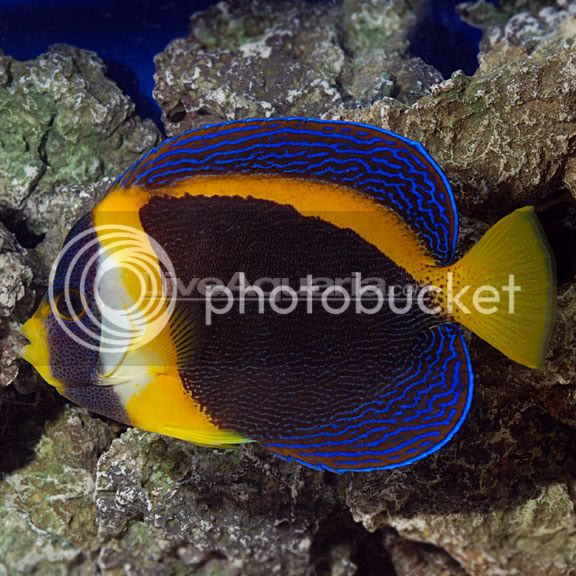 This fish makes me question whether or not it is truly a male. I have read so many articels on how to determine sex of these fish. Some say the white patch over the gills, while others say this is not an accurate method of determining sex. Some places say that in males the sides of the fish will have "scribbles" forming horizontal lines (as in the first fish posted). Is there any way to determine the sex of these fish, without them being 8"+?

taggin along on this one..i had the same ouestions lastnight when i seen the new one on divers den... i currently have a female??? @ aprox ~5 inches and want a male but i dont want to end up with 2 females or 2 males so iam very intrested in the sexing of thw sribbled angel and the size they need to obtain before they can be sexed

Does your female look much like the male posted last night?

well here are some pics of my scribbled 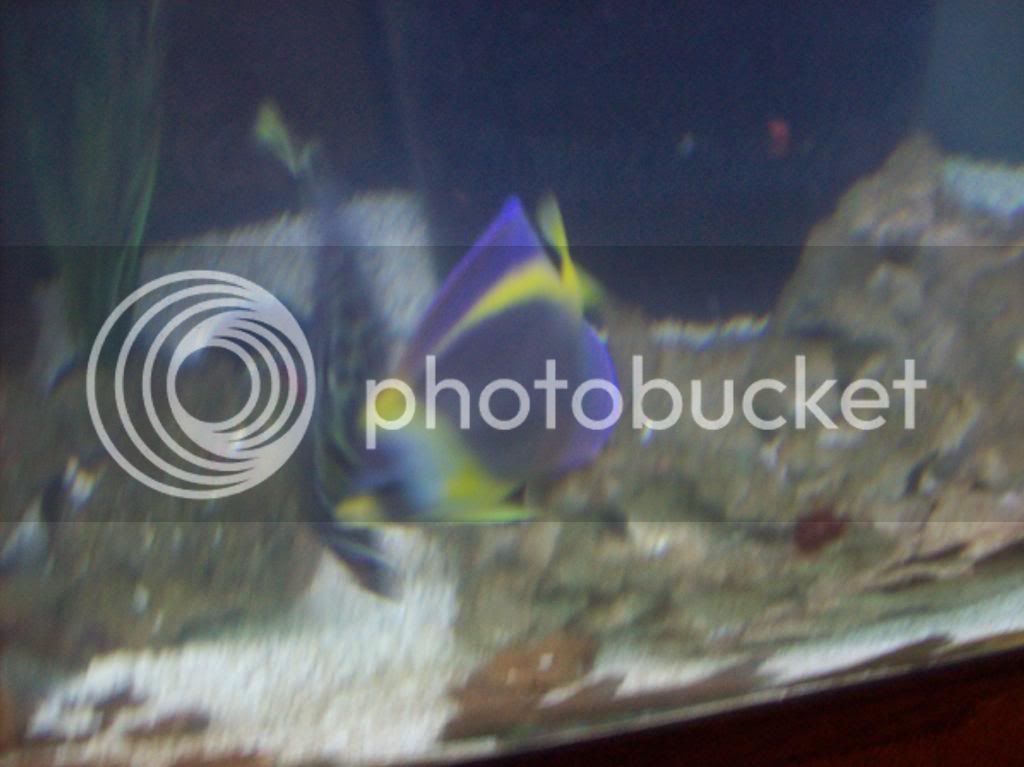 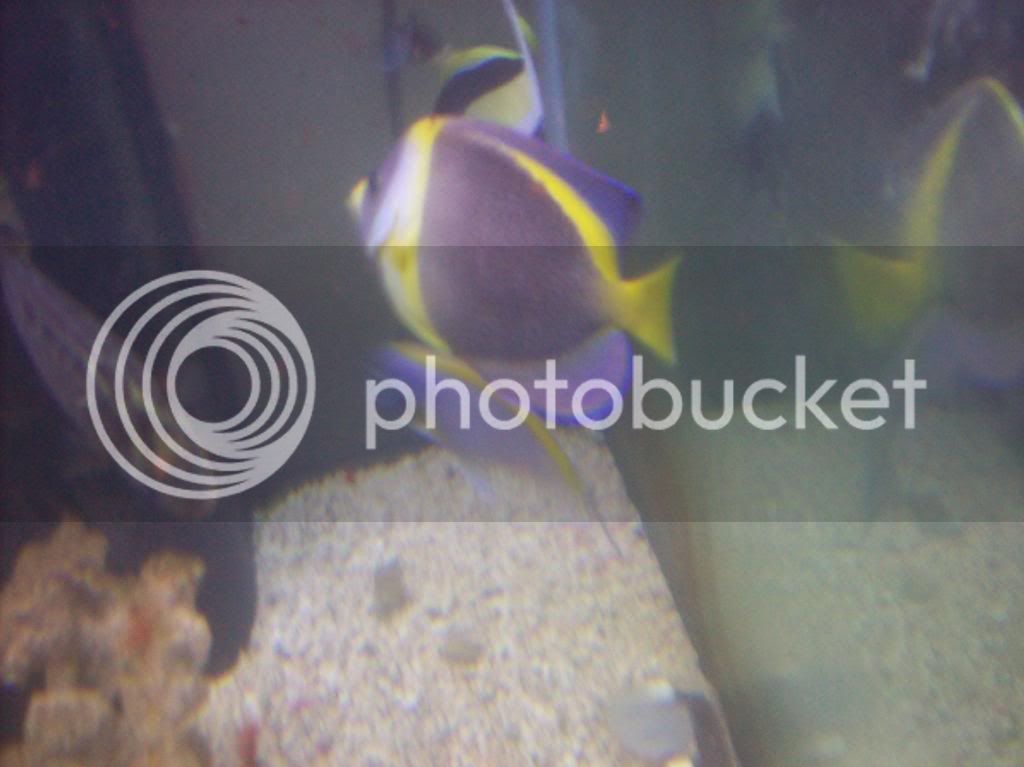 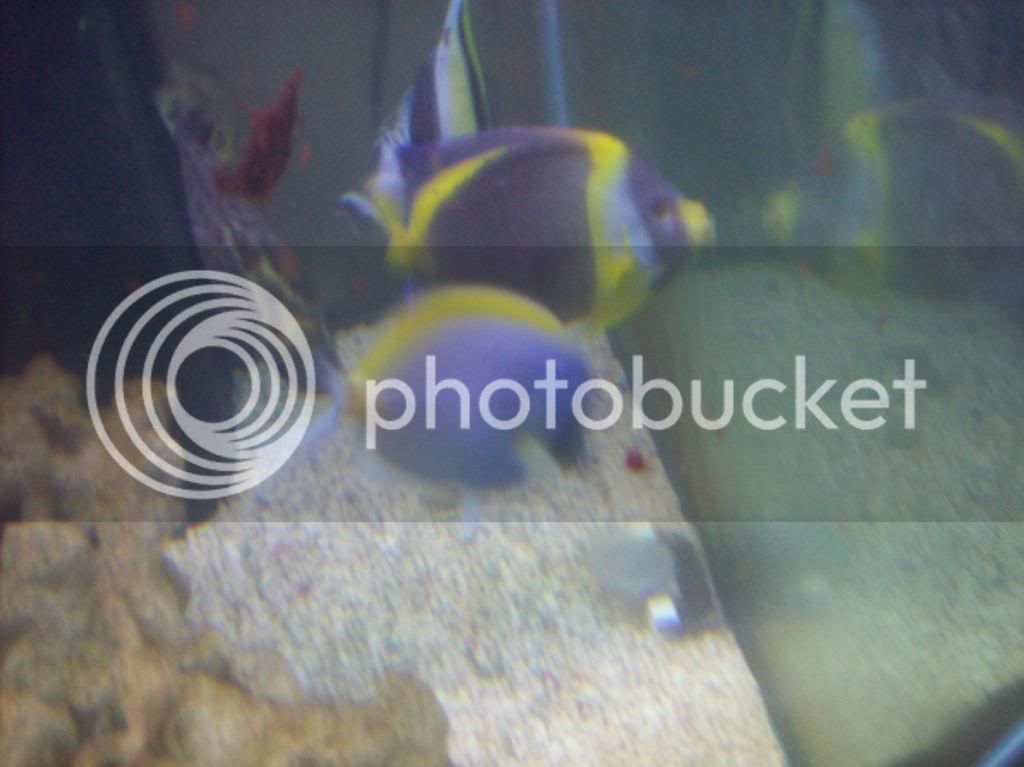 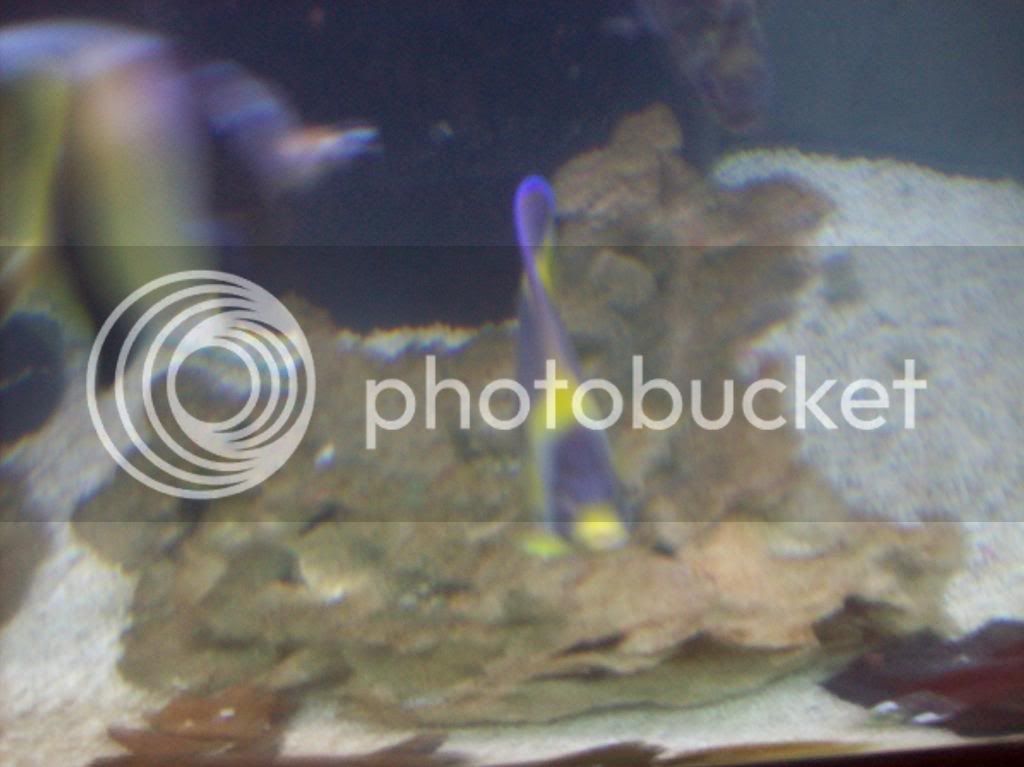 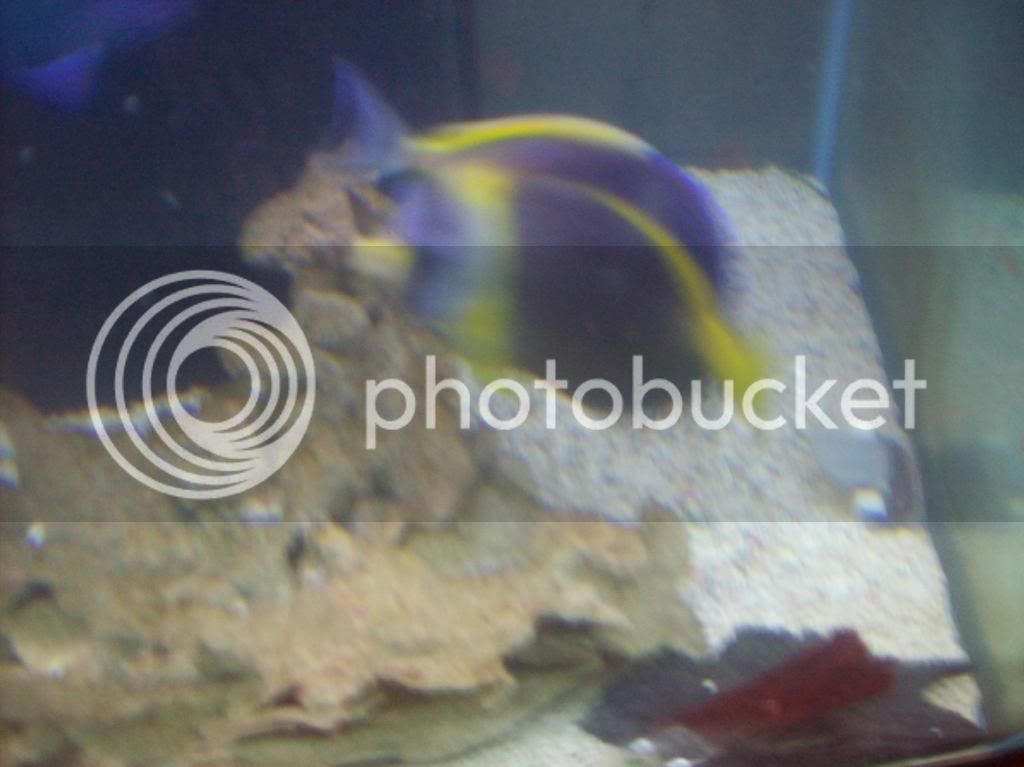 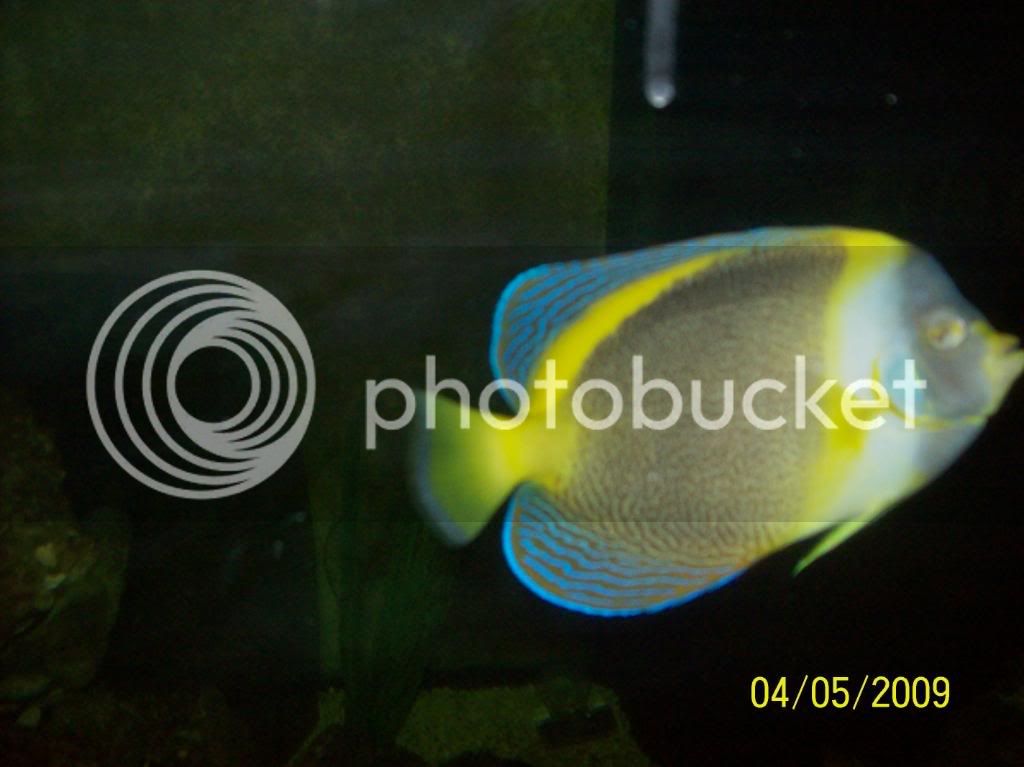 sorry for the quality of the pics.. i will try to get some good shots of her today..the wife is off work today and she is better with the mugshot taker than iam,
A

I wish there was a Scribbled Expert here, to guide us the proper direction

iam the expert for I dont know a darn thing catagory

I have a thread on the fish breeding forum on large angel sexing and just posted a thread on LA addressed to Kevin on the subject so maybe we will have some information in the near future
Last edited: Apr 8, 2009

We had a similar discussion several weeks ago. The male that was posted on DD looks at best to be a sub adult male that may be in transition to a full male. However, just looking at it, it does look like a female.

i SURE don't have a clue BUT i do know that is a awesome looking fish! Nice score michael !

I am very excited about getting this fish! I figure that he will think that he rules the tank, but I can deal with that.

Team RC
Yes, Scribbled are among my very favorite fish. I too think it is a subadult male, but my expertise is not in this area.

My Scribbled is a solid 7" long and has only recently started getting the "scribbled" lines just around the edges but they are progressing rapidly. The body of the fish has always been a solid blue. I am assuming that it is female but is it unusual for the lines to come when the fish is this big? Great fish anyway. Comes right to me when it sees me and is not afraid of me at all.
T

The first fish is a SURE male! Nice grab.

The second is AT BEST a transitioning male. You can see horizontal lines developing, but the color is not there, and the lines don't cover the whole mid-section. You can see the obvious brownish color compared to the neon blue lines on the dark background compared to the first fish.

I got the scribbled acclimated after work. Gah he is a BEAST!! Such a pretty fish as well.

Premium Member
I am not a scribble expert, but as I have collected hundreds from the wild, I'll pass on my observations.

At about the 2"- 6" size most scribbles have either line markings or a solid dark body, which I guess makes male or female (assuming males have markings and females don't).
However once they get bigger, they all tend to show markings of some sort, the original male patterns do remain far more distinct though.

Its probably easier to distinguish between the two when they are slightly smaller.

I'd say he fish you bought is def male, the other one seems more likely female, and agreeive?fish seems female too.

massman thank you for the imput and and for conferming my suspecion that mine is what i paid for..a female now i know i can start looking for a male at the end of summer timeframe
You must log in or register to reply here.