Staff member
RC Mod
This creature, about the size of the end of one's thumb when fully retracted, came in with the live rock and survived a new tank cycling. Its edge is irregular, unlike others, and when investigated by a crab, the texture looked rubbery as opposed to soft: it rebounded (rubber-like) a bit from a claw tweak. It reacts fairly rapidly, lives in a cave, fluoresces mildly, has an orangy-to-greenish color, where it isn't gray-green, and generally baffles me. Anyone recognize it? 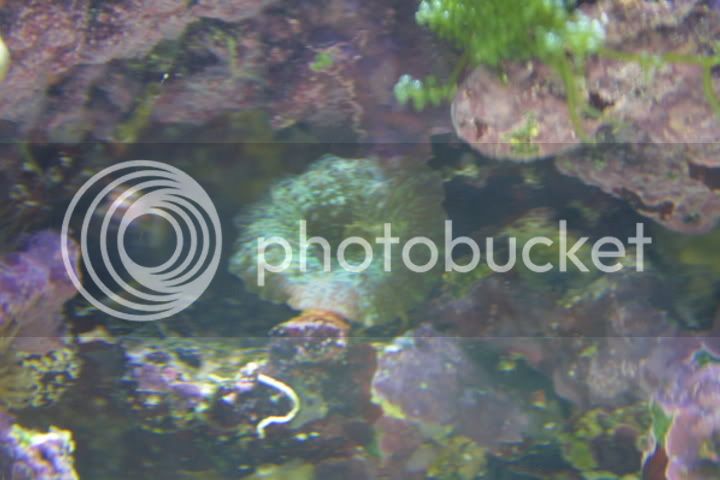 Well it makes me think of a Discmosa Mushroom but I may be wrong. They can be some very tough mushrooms.

Staff member
RC Mod
Armed with at least the part of the scientific name that one can look up, I went searching. It's a bit like a 'pimply discosoma' in shape and a bit like one called 'color morphed discosoma.' It really doesn't have many bumps and almost shapes itself like a cabbage leather, except that it folds like a mushroom. Possibly it's just so beaten up from all it's been through that it has unusual edges. Three others that are much more like the green knobbly version came through with it, but this one, in its cave, is oddly textured and colored. Discosoma it must be, but maybe it will heal itself into a more definitive shape.
T

Staff member
RC Mod
That could happen, given the way it thrives. I'm kind of leaning now toward discosoma neglecta. The name fits its history, at any rate.
You must log in or register to reply here.

" and then she pulled out my mushroom tip!": Fungia corals

The Fundamentals of Aquascaping

E
Make your own live rock