Looked up a hr ago, and out of nowhere, suddenly, dead. Three hrs ago looked perfect. Like this: 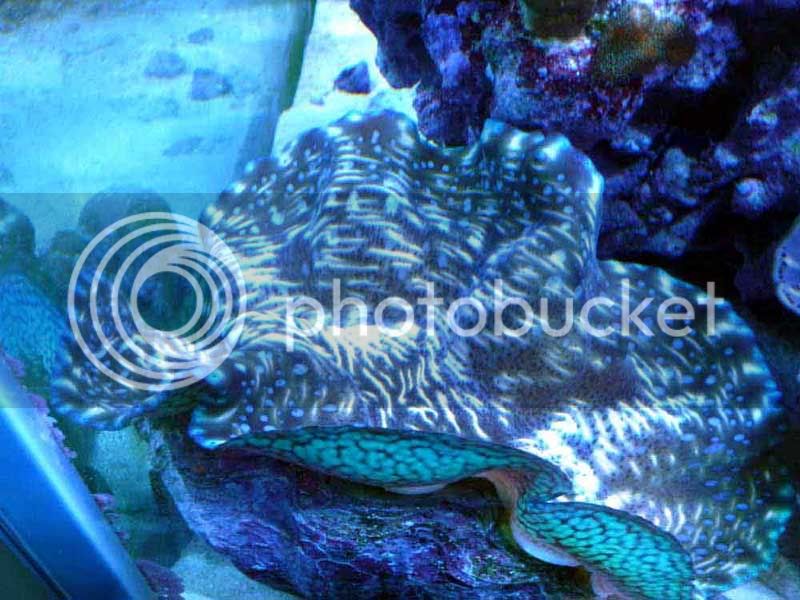 Had it 8 yrs. First time in ten years my tank will be clam-less.

Oh wow, I'm sorry. It's funny how attached you can get.

I still have the shell of my squamosa on my desk here in my office. Pretty much the same thing happened after a number of years.

In the wild, hundreds of years.

Ok, ChipE compelled me to search. No reports anywhere of "hundreds". But up to a hundred yes.

Judging by the size when I got it and a Science magazine article I found, mine was 20-30 yrs old when I got it, if not older. So today it was at least 35, possibly older.

Doesn't make me any happier. Would like a cause of its demise.

Mike, how did you save the shell? Did you find it in the tank already "cleaned" or did you remove the flesh?

Staff member
Admin
Dumped it in a bucket of bleach.

Wait, before snails etc cleaned the inside? Or after?
S

That's a shame. Sorry for your loss. What I did when mine died, I grabbed old tooth brush and cleaned all of the insides and kept the shell.
J

Sorry to hear, Joel that was a very nice clam.

WOw... Stinks... I've seen some Huge clams in captivity maybe needed space to grow more and wasn't able to and just died? I've seen some get relitively large in the 2ft range at least...

ostrow said:
Wait, before snails etc cleaned the inside? Or after?
Click to expand...

I pulled him right away. Didn't want him rotting in the tank.

Sorry for ur loss man.. r u sure that is a squami by looking at mantel and shell to me it look like Derasa

Staff member
Admin
mine was a Deresa...don't know why I said squammie...

You are right Menard. Derasa. I had written Squammie and realized my error right away but no way to edit the title of the thread!

sorry for your loss! RIP!

I lost my maxima in my avatar pic to pyramid snails. After the two clams were gone I started to see them out at night searching for food.

I'm sorry Joel, I know I get attached to my stuff too. That's what killed me about having to take down my tank after the divorce. The two fish I cared enough to find temp homes for both died before I could get them back.

Well, I have been waiting. And watching. When I first posted this, the clam was retracted halfway down the inside of the shell.

It stayed that way several days.

I did nothing but prepare to remove it.

Then I began turkey-baste-blasting Rod's and ArctiPods at it. Once a day.

Then every 2-3 days when normally feed arod's.

It gradually, gradually started to re-open. Wrinkled/pinched mantle all around.

By maybe two weeks ago parts of the mantle were past the shell. One corner (closest to front right of tank, even when turned clam around) was widely stretched/folded inward. Stayed this way for couple weeks.

Watch it die now....
You must log in or register to reply here.