I have noticed a white fuzz growing underneath my live rock. Its only in areas where rocks meet or that dont get much light. Any idea what this stuff is or if is going to be a problem.

Team RC
Hard to say from a verbal description. It could be a lot of things. A good close-up sharp picture may help in IDing it.
M

I would like to take a picture of it, however, it is unable to get photographed because of its location. What could it be?

Team RC
When you say a white fuzz, the first thing that comes to mind is a fungus or bacteria (no chlorophyll and no body shape). It could be a sponge if it is not like an extremely loose cotton ball.

Does it seem to be spreading?
M

It is spreading but not taking over. It is not like a cotton ball more like white fuzzy hair algae. I dont know and know one I have talked to has had any idea what it is called.

Team RC
Does it look like the photos in this thread:

kind of but not so long. That is similar and I dont have it growing in any high light areas like that. What is that?

Team RC
IMHO, it is most likely a fungus.
M

What does IMHO mean?
M

I have read several articles about fungus in the ocean. I have found nothing about control of fungus in a reef aquarium, except on fish. I am very familiar with controlling fungus in homes and on plant materials found on land. When one wants to control fungus on land, eliminating the water source is the best way to go, but is not possible in a reef tank.

There are a few fungicides available for application to rid fungus on or in fish. After talking to one of the representatives that sells these products, he told me that they would not be effective in controlling fungus in your situation. Most fungicides control the spore stage anyway.

This leaves AlgaeFix Marine, which is a broad spectrum biocide, which means it will kill a lot of different organisms. At higher levels, the active ingredient in AlgaeFix will kill fungus. I talked to the rep. for AlgaeFix, but he was not very knowledgeable about the product, IMHO. AlgaeFix would be the only product that I am aware of that might work. Personally, I would not be to concerned about your pest unless it starts spreading out of control. Many fungus can be quite harmless and non-invasive.
M

What are your thoughts on it only being under the rock or in low flow and light areas. That is very different from it being on a power head like above.

Team RC
Fungi do not need light. Some grow in total darkness. They produce spores which will disperse throughout the water column. You can't eliminate them by low nitrate & phosphate. I don't know about possible predators in a reef aquarium (fish.... shrimp, etc. that may eat the fungi.

If you are seeing your pest only under your rock, it could be a sponge. Again a nice picture would help. Sponges are harmless.

This is an example of a sponge. Sponges come in a variety of colors. Notice it actually looks spongy: 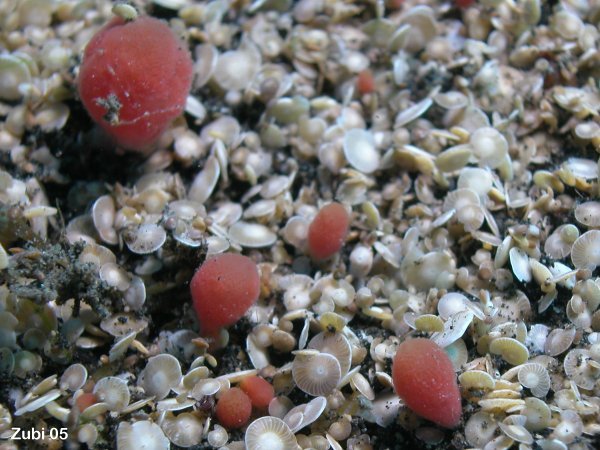 Premium Member
The white fuzz in question is a bacteria and it is not very common but on a rare occasion pops-up. I have seen it anywhere from short to over a foot long. The Lake Superior Zoo Great Barrier Reef aquarium was plagued with this stuff when they set up their new system with water from the Minnesota Zoological Gardens water. I had some info on this stuff long ago but don't anymore.

It should be pretty easy to tell if is a bacteria or a fungus by using the Methylene Blue test. Fungus will turn blue on contact with this dye and the bacteria will not. Methylene Blue is quite common in this hobby and is found in most LFS. It is often used for treating fish eggs against fungus infections. It is a light molecular weight organic/inorganic dye and is called heterocyclic aromatic compound , C<sub>16</sub>H<sub>18</sub>ClN<sub>3</sub>S. It is also used in medicine and used to treat fish for Nitrite toxicity and to reduce the onset of methemoglobinemia ( brown blood) and as a O2 transporter. It is also use in the bait fish industry to deliver O2

Team RC
Now you know why I use IMHO. :lol:

That said, I have yet to see Boomer make a wrong call.

In the first picture, the branched protrusions at the end of the tuft, appeared to look like fungus fruiting bodies to me. Looking through a scope would help.

Premium Member
Yes, Cliff it will help. There is quite a distinction between fungus and bacteria. Many people mis-ID bacteria in FW and SW for fungus. Fungus is kinda' rare is seawater or a true fungal infection on say fish. When it does take place as a infection it is almost always a secondary infection due to some other wound. Fungus is not like bacteria at all where it is going to grow. Meaning, it is not going to grow on power heads, it is almost always associated with an organic source. Not much organic is a PH

Team RC
Thanks for the explanation Boomer. It makes total sense. After I think this issue through, you are correct that the fungus will need organic material, either dead or live to grow. There can't be enough on that pump housing to support much of anything.
M

Will Methylene Blue harm my coral or other organisms? What do I do once I have figured out if it is a fungus or bacteria? Is there a way to get rid of it?

Team RC
I would pull a piece of rock or whatever you can get, that does not have coral on it, and use that to test with. You can pull some of the organism itself out and use it also. I would be interested in the results. Please keep use posted.
A

White fuzzy things. What are they?!

White fuzzy things. What are they?!

I think I know what mtb888 is talking about. I also have no clue as to what they are but I have them on my tank also. Does anyone know what these things are and if they're harmful? 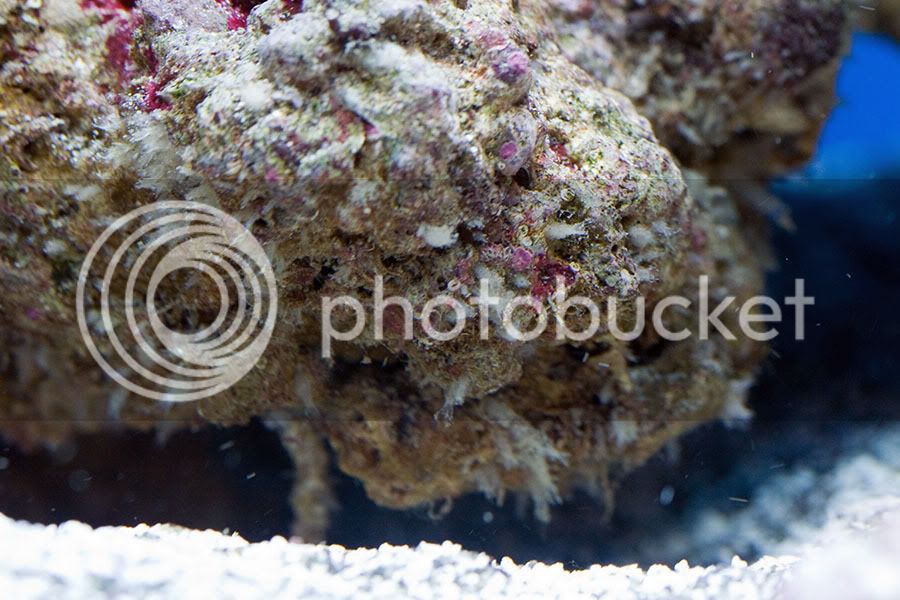 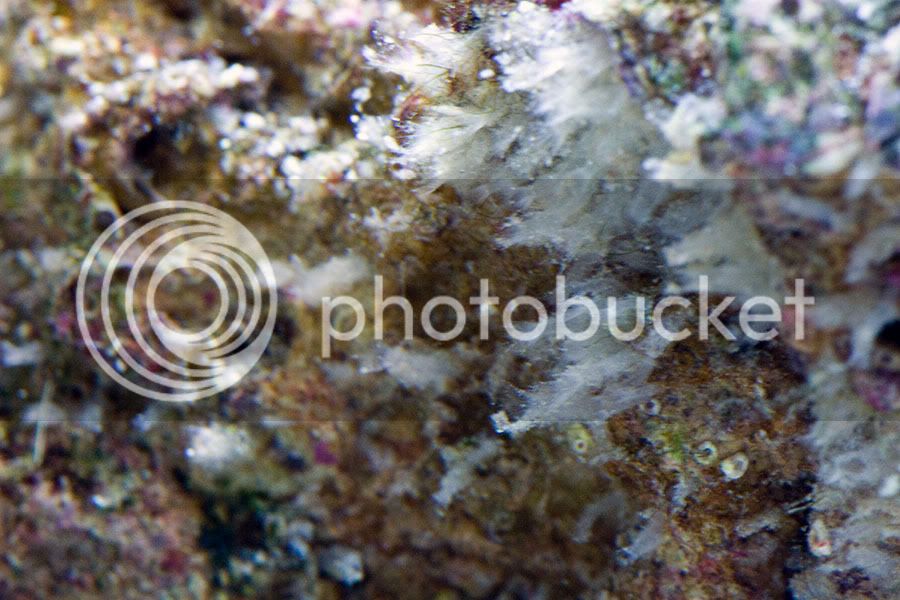 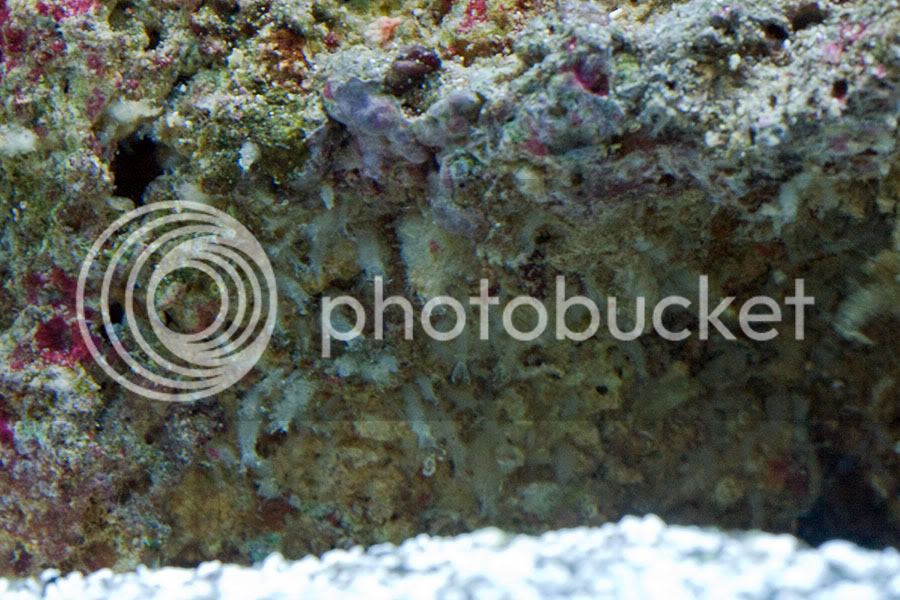 Z
White fuzz on the bottom of a live rock (pictures)