So my son noticed some stuff in the tank only about 20 minutes after I was done just staring at it. It is jelly like when I took it out of the tank. After further investigation my mexican turbo snail was upside down under the koralia pump. Doesn't seem to be snail sperm as they release it as a cloud. 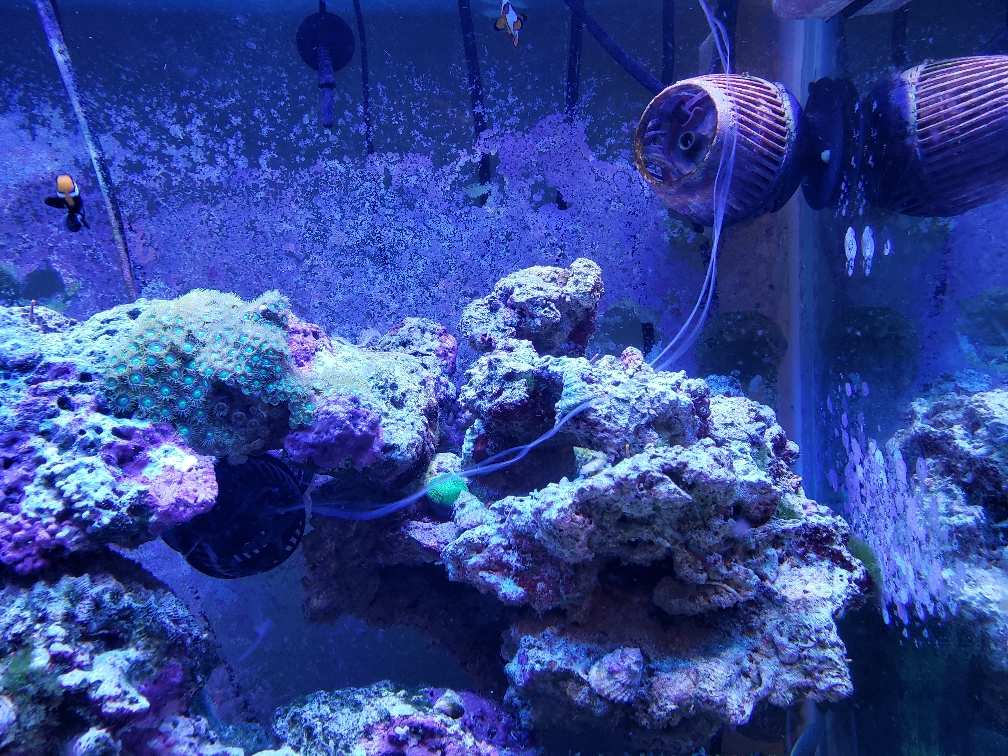 Sent from my SM-N960U using Tapatalk
You must log in or register to reply here.

Is this a feeding response ??