My yellow coris wrasse has been acting strange recently. He's been staying under the sand for an increased amount of time and is only coming out for a couple hours now. He has stayed in for a couple days consecutively too. Instead of roaming the tank he's been staying in the bottom corner (pic) or today I found him swimming at the surface and turning sideways on it. He does eat when I feed the tank. This behavior started after I added a Midas Blenny that I QTed for 6 weeks with no signs of illness or anything. I have not seen any signs of aggression. 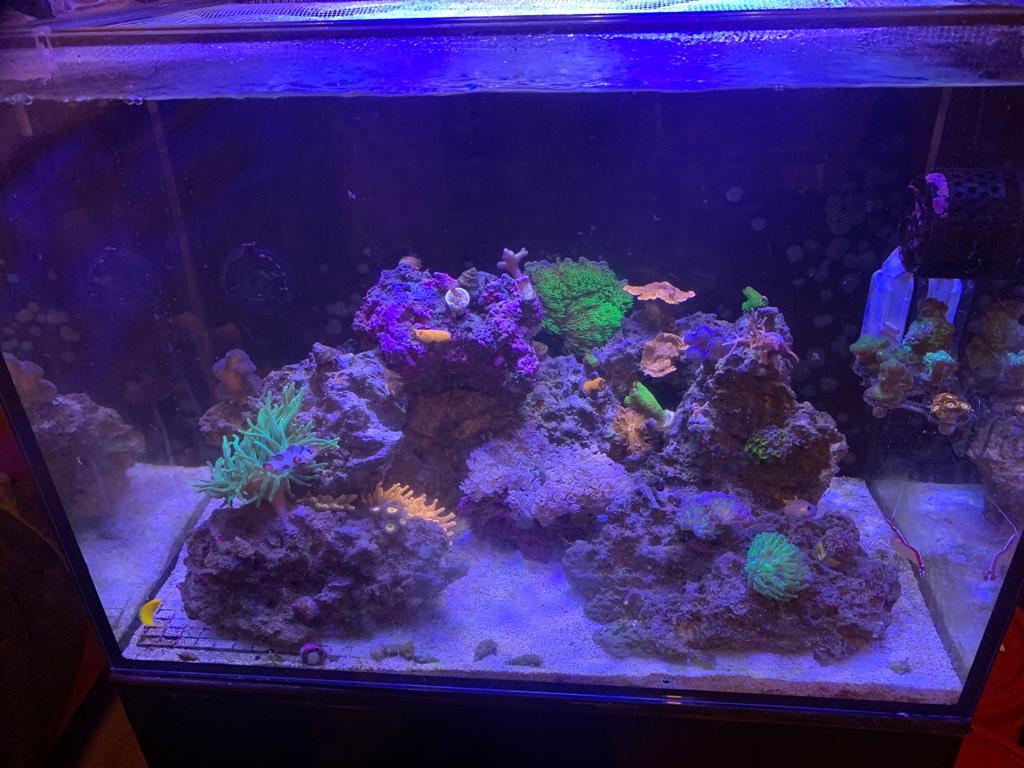 I am concerned because I did add a captive bred clownfish from my LFS without quarantining about a month ago and it has since died. I have seen the wrasse also dart at a rock and rub both sides of his body against it and then continue hunting pods before he started acting weird and hiding this week.

My best guess is he may have flukes? I haven't seen any symptoms in my mandarin, clownfish, or the blenny.


Sent from my iPhone using Tapatalk
You must log in or register to reply here.