I know how much everyone loves these posts... but here goes anyway.

I do have a very, very poor picture of this ?crab?. but it is so bad I dont think it will be of any use, I will keep shooting and see if I can get a better one.

I have some sort of white, with brown, small crab living inside one of my rocks. He seems to like to eat zoos? Atleast I am assuming it is him. I had some zoos turn up missing and so I started watching the tank at night and at feeding times really well. Something has also been upseting but not eating my anthelia, both corals are right near where he has been spotted.

He is very white and has the body shape of my emrald crab but much smaller, no hairy legs or body tho. His legs are striped either dark red or brown. His top shell/back seems flatter and is molted (but it does not seem spotted) brown. I have only seen one pincher claw well and it is solid/bright white with a brown tip.

I have been attempting to ID him on the web and have not convinced myself that I have found the answer. I have seen some pictures of porcelin or anemone crabs that look like him but then I see some that do not. I also read conflicting reports as to
if different crabs are "reef safe" .

Can't I assume I am looking for a type that is not considered safe? Would any of my other inhabitants eat zoos? (tomato clown, fairy wrasse, yellow watchman, coral banded shrimp, pistol shrimp, emrald crab, a couple blue leg hermits, that have until now been fine, serpent star, and snails)

As I said I will continue to work on the picture, its hard to take a pic of something that is white, hiding in a hole, very small, with a flash, and a flashlight, at night, as it tries to run away...

BIG thanks for any help!

Premium Member
I'm not sure about the crab ID, but you could have a sundial snail eating your zoos. They can be tough to spot, but they don't leave the colony. Pick up the zoos and give them a thorough examination.

Here is a pic of one I pulled off my zoos:
Top 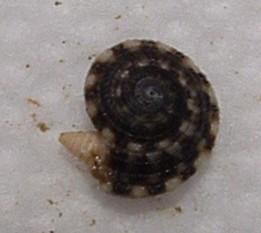 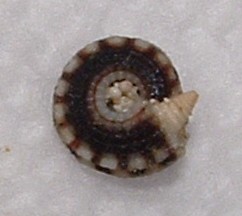 I've also seen a small, white starfish do it. The stars look similar to the reef safe asterina, but they will eat zoos.
H

The zoos are very small frags, so I can actually count/see each of the polyps. I moved the corals that were being eaten and tampered with away from the rock that he is living in and they are not being bothered any more... Does that mean that he is the culprit? I have a picture now, although it is not the best...

Premium Member
It's really hard to know. There are so many crabs that find their way to our tanks, and it's nearly impossible to know what they eat unless you catch them eating. If you can move him to a sump, that's probably your best bet.
You must log in or register to reply here.

HELP!! LiveAquaria shipping disaster, can you help me identify this guy?
2 3