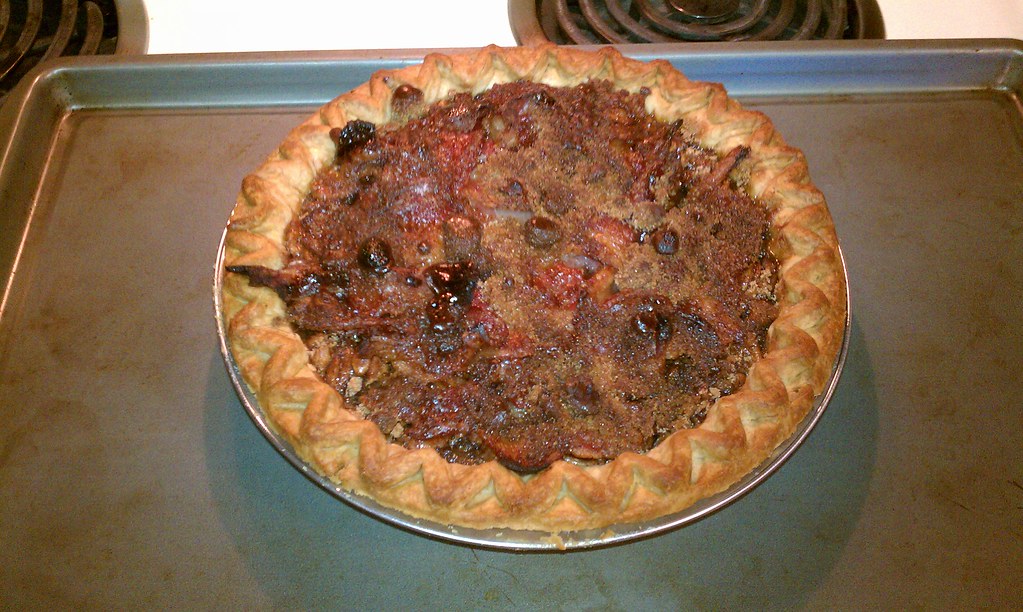 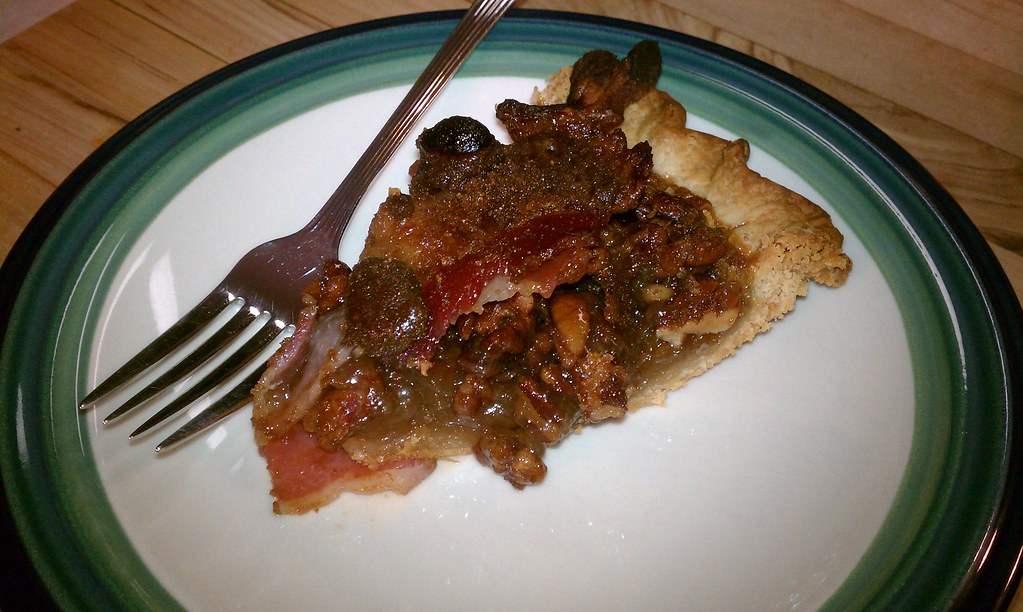 WOW....Now I got a hankerin for some bacon!!! I haven't had breakfast yet.

Premium Member
I hate pecan pie but I would even eat that!

Reeferhead said:
I hate pecan pie but I would even eat that!
Click to expand...

'cus everything's better with bacon!
J

You see the new Bacanothon that Denny's did for a while... They had a bacon shake!!

Baconalia! Didn't see the shake, but they do have a bacon maple sundae. Actually, I wasn't impressed enough to go. Looks like all they did was add a bunch of bacon strips to everything (which isn't a bad thing ). Would have been cool if they had actually created some more original dishes with bacon incorporated as a main ingredient. As an example, I took the trimmings from the bacon blanket and fried them up and sauteed some scallops and garlic in with them and tossed it all into some pasta with tomatoes and Parmesan cheese... tasty!

That is one hell of a pie smoothdog. respect
I had a bacon cheeseburger the other day. They just broke one piece in half. permaban. I'll also never go back to First Watch after they served me a side of bacon that was one piece broken in half.

Getting short changed on bacon sucks! I keep thinking about going to First Watch down the street for breakfast sometime, guess I don't have to worry about it any more, thanks for the tip. I also hate it when I get bacon on a sandwich and they put 2 long strips crisscrossed on top hanging half off the sandwich. I always pull it off and break it in half and make a whole layer across the sandwich so there is bacony goodness in every bite.
You must log in or register to reply here.