About 4-5 months ago I bought a monti frag that wasn't so hot looking, but it was cheap so why not... The monti was white but it had its polyps fully extended so I thought it was bleached and was recovering. I put it in my 55 and just forgot about it, a couple months later when I remembered I had a monti frag somewhere and found it, I was surprised to see it was still white/very pale pink with green polyps. The 55 runs at 8dkh, 400ppm Ca, ~5ppm Nitrate and ~0.03ppm Phos. and T5's. It hadnt grown much in that time, mainly just encrusted on the frag plug. When I realised it wasn't colouring up I decided to put it in my 25 which has 60w LEDs, and runs at 11dkh, 440ppm, 0 Nitrate and undetectable Phosphate, so very different conditions than my 55. Its been in there for about a month so far and I'm still not seeing a change in its colour, but a great improvement in growth and has started plating. I have been experimenting in dosing milk for improving colouration but even the new growth in my monti is white but the polyps have really coloured up and are bright green. So what I am asking if anybody has seen a white monti cap with green polyps? If not does anybody have any ideas on how I can get it to colour up?

Sent from my LG-H955 using Tapatalk

Maybe post a picture of it and you'll get some attention. anyway I've never seen one

Milk? Never heard of dosing milk for color. Can you explain?

It won't stay white, but bleached corals can take a long time to come back so it might be a while before that pale pink it had turns into a more solid color. If you turn up the blues and turn down the whites on your LED's then it'll color up faster.

Also what's with the milk?

Sorry for not replying sooner.

Here is a picture of the frag, the base colour is close to the actual colour, but the polyps are a more vibrant green. The coral is still growing, It has a new row of polyps in a week, not sure how good of growth rate that is though. 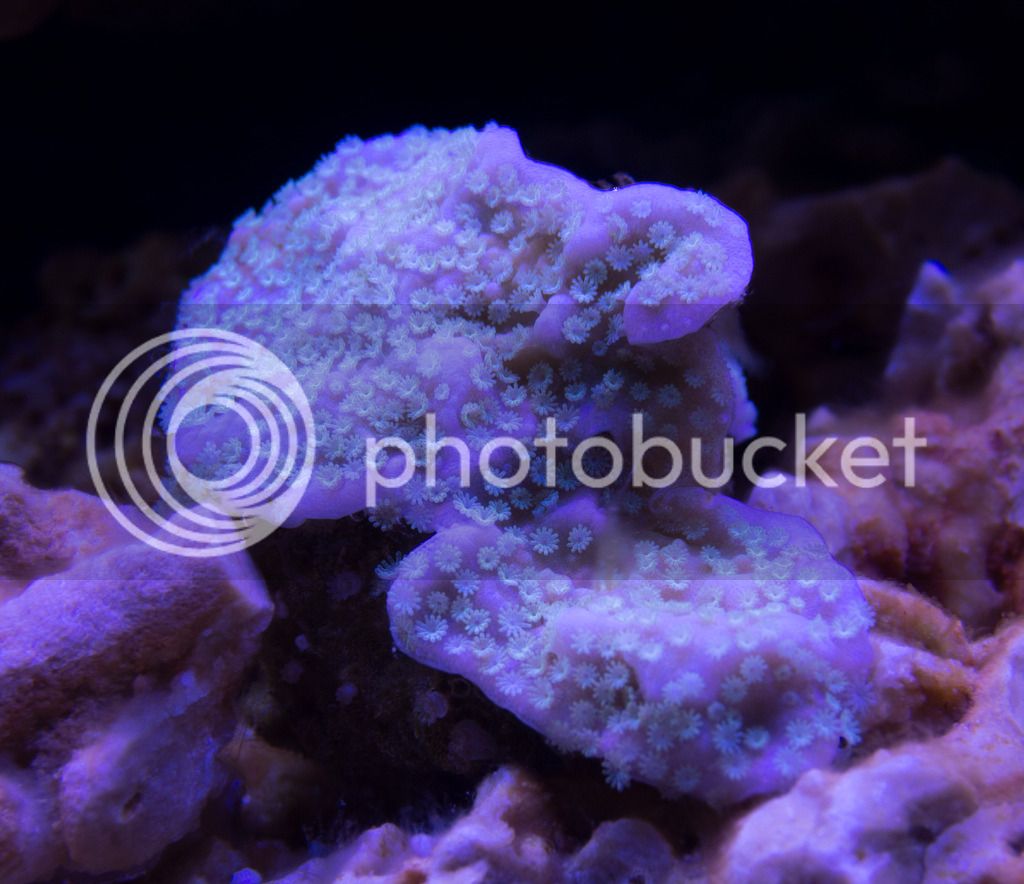 I've read about some people dosing milk for better colouration, but its not very popular at the moment. My understanding is that it is a source of vitamins and proteins that some sps can utilise.

As suggested I turned up my blues, I had to physically change some 6500K's and 10000K's out for RB since this is DIY without separate channels. Hopefully it won't affect my growth too much

Sent from my LG-H955 using Tapatalk
You must log in or register to reply here.