I keep noticing a gritty slime appearing on the base of my torch coral. The coral is retracting and looking bad. I recently moved it to a new area of the tank and this appeared afterwards. A blasto was I. The same spot which also developed the slime. After morning the blasto it seems much happier. Anyone have a similar problem?

I should have taken one but I picked it off last night. Ill send one soon.
S

Here are two pictures of the grit. One on the coral and one in the rocks.

jdogg said:
Here are two pictures of the grit. One on the coral and one in the rocks.

Looks like brown jelly. That coral is toast. If you can dip it in iodine do it now, otherwise I would take it out before it affects other LPS.
J 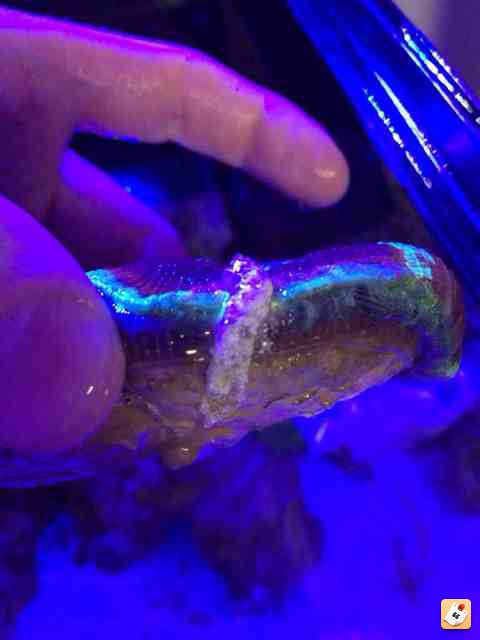 Here are some pictures of the same thing on my wellso. I moved it and it got better. Any help? It's clearly on the rock not the coral. The coral recovers if promptly moved.
You must log in or register to reply here.

Help me save my gold torch