(I posted my problem in the New to the Hobby forum with little luck, so I'm posting here and in Reef Discussion.)

I have an angel and a blue hippo that seem to be looking differently recently. Both are in separate quarantine tanks currently. The angel has pale white splotches or dots on its side and face which appear and disappear in different places. There may be a couple tiny holes around his face and eyes, but they may be other splotches. Its acting maybe a little lethargic recently, but nothing like I've experienced with other fish I've kept when they get sick. Its not breathing heavy, its gills look ok, fins look good, it may be a little bloated and what really made me put it in quarantine is that its feces stuck and hung on him yesterday for some time. I first noticed the splotches about a week ago when there was a large one on his right side.

Now for the tang the same thing happened with the feces yesterday. He doesn't have any splotches or paleness like the angel. His tail and dorsal fin are frayed or look beaten up. He doesn't act strange either. They both eat fine too.

Both of these fish were quarantined before placing them into my 75g. I got them when they were very small and have grown in this tank for 2 years now. It seems strange they would get sick now. I did have fish in the same tank before them and some of them got sick from something but I never found out what or definitely got rid of it.

Thanks for any help, I love these two guys. 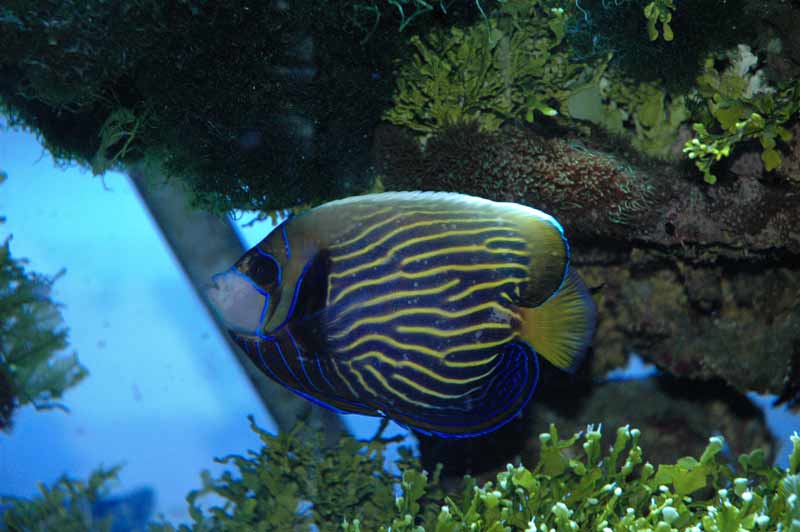 I really don't think this is ich. It first appeared 2 weeks ago as a large discoloration on one side. It disappeared and has come back as smaller discolorations, but none are as small as ich and they are not lumps. It just seems like its the fish's skin, not on top of the skin. The fish is not really acting different or scratching at all. And its been like this for 2 weeks or longer.

The tang in the tank seems fine and shows no discoloration at all.

I took these pictures today. Both the tang and the angel have this stringy stuff hanging out of their poo hole. The angel got a larger discoloration above it's right eye too. So I'm really thinking this is some sort of internal parasite, but I'm not sure if that's the only thing wrong with them. I'd really like to start to treat these fish with something to help them, but I don't know how or with what. Any input is greatly appreciated. 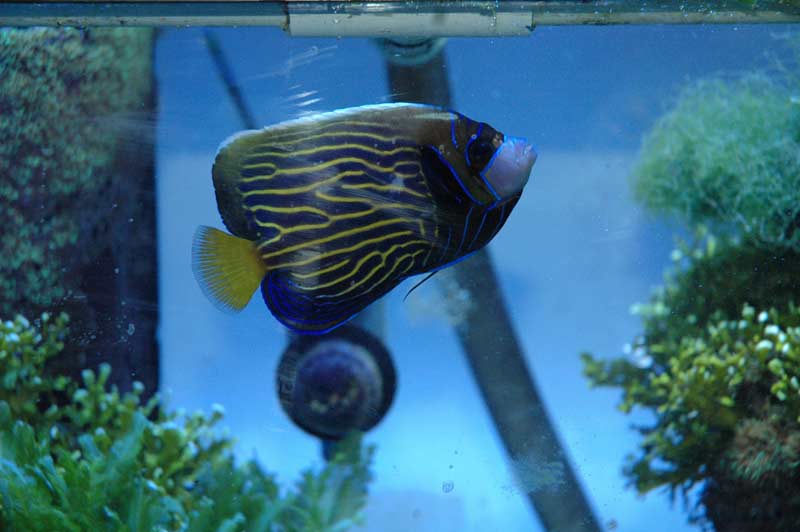 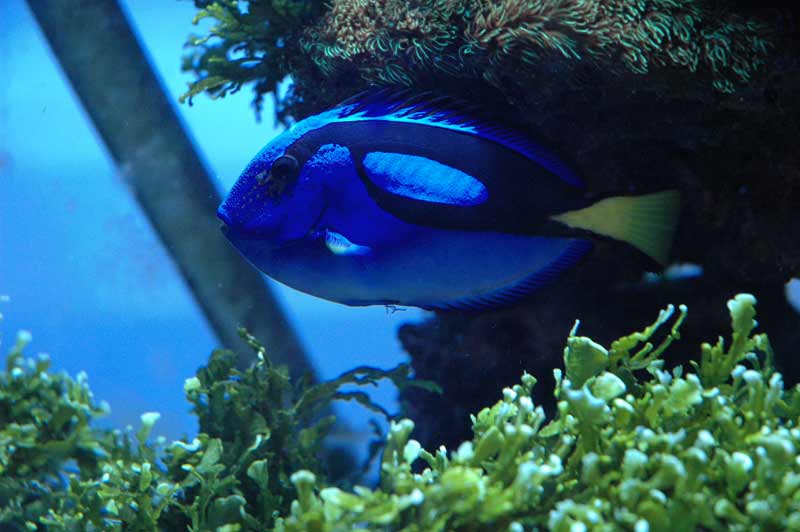 beginning signs of HLLE ?
You must log in or register to reply here.

A
Something on Emperor Angel

W
What is fish health management?