Hey RC, I hope we can figure out what is wrong with this guy I really like him.

So I purchased him 6 days, on Monday and he went into a 30g qt tank that used to be a sump, with LR and some softies on rocks. The cockatoo ate PE mysis the first night after I put him in. I added fed him more mysis Tuesday and Wednesday but I cannot remember if he ate the food. On Thursday I was watching him and he was acting strange so I sat around a bit to observe. He would sit there and sway like I saw them do on youtube but he also would swim in a burst toward the wall.

I saw a bump on his back about midway down his body, right below his fin. It did not look natural and looked like a large parasite. I caught him and used tweesers to remove the parasite. It was about the size of an eraser and would try to swim away in the drop of water that it was in on my table. Unfortunately the long video I took that showed him moving and his underside, didn't exist apperently but I have a picture. 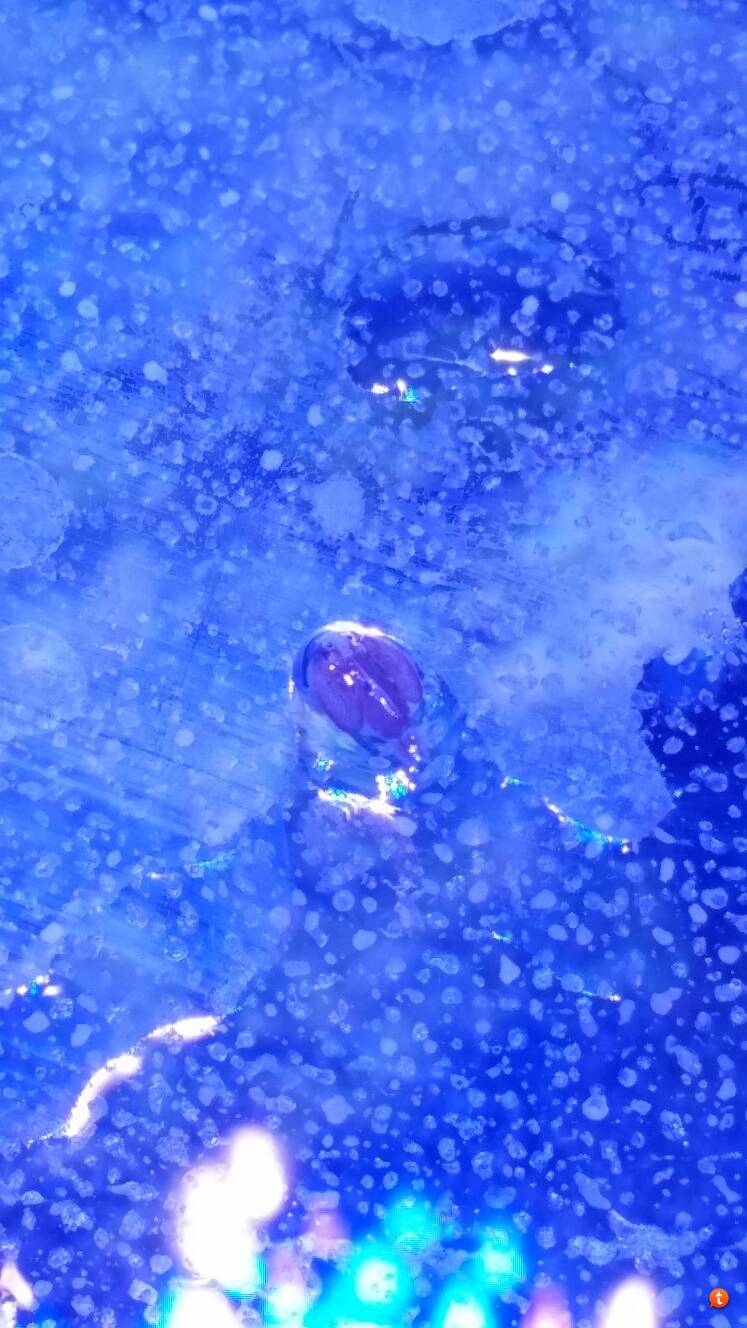 it looks somewhat like a ladybug with 2 tails, again it was about the size of a pencil eracer.
After looking through forums to ID it, I couldn't match it except for this 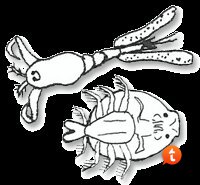 Well after I removed it, I placed him back in the QT tank and made sure to watch him very carefully.

I was hoping he was getting better Friday + Saturday but it is hard to tell since he just sways with the water. He did seem interested in food but evem though I would watch him chase it, he wouldn't eat that much. This morning he was on his side. I fed him and he tried to swim but just did the swimming motion and wasnt moving. He breathing about once every 1-1.5 seconds and does perk up when he sees me so I know he is aware of his surroundings somewhat. In case he simply hasn't been eating because he has not yet taken frozen food, I am positive I have seen him eat some, I am getting ghost shrimp when my LFS opens.

I am not sure what else to do so I could certainly use the collective RC expertise.

2. If less than six months old, what is ammonia level?
- untraceable ammonia

4. When was the last fish added to this aquarium?
- The Cockatoo waspfish was added 6 days ago.

5. Was it quarantined? If so, how? And how long? Was it prophylactically treated? How?
- In QT now without any treatments, just LR and some coral frags.

6. If you are using a copper based medication, which one? How often do you measure level? When?
-Na

7. If you are using hyposalinity, how did you calibrate your refractometer?
-na

8. Please describe in detail, the appearance of the fish? If there is one or more pimples, are they lumpy? What color?
- 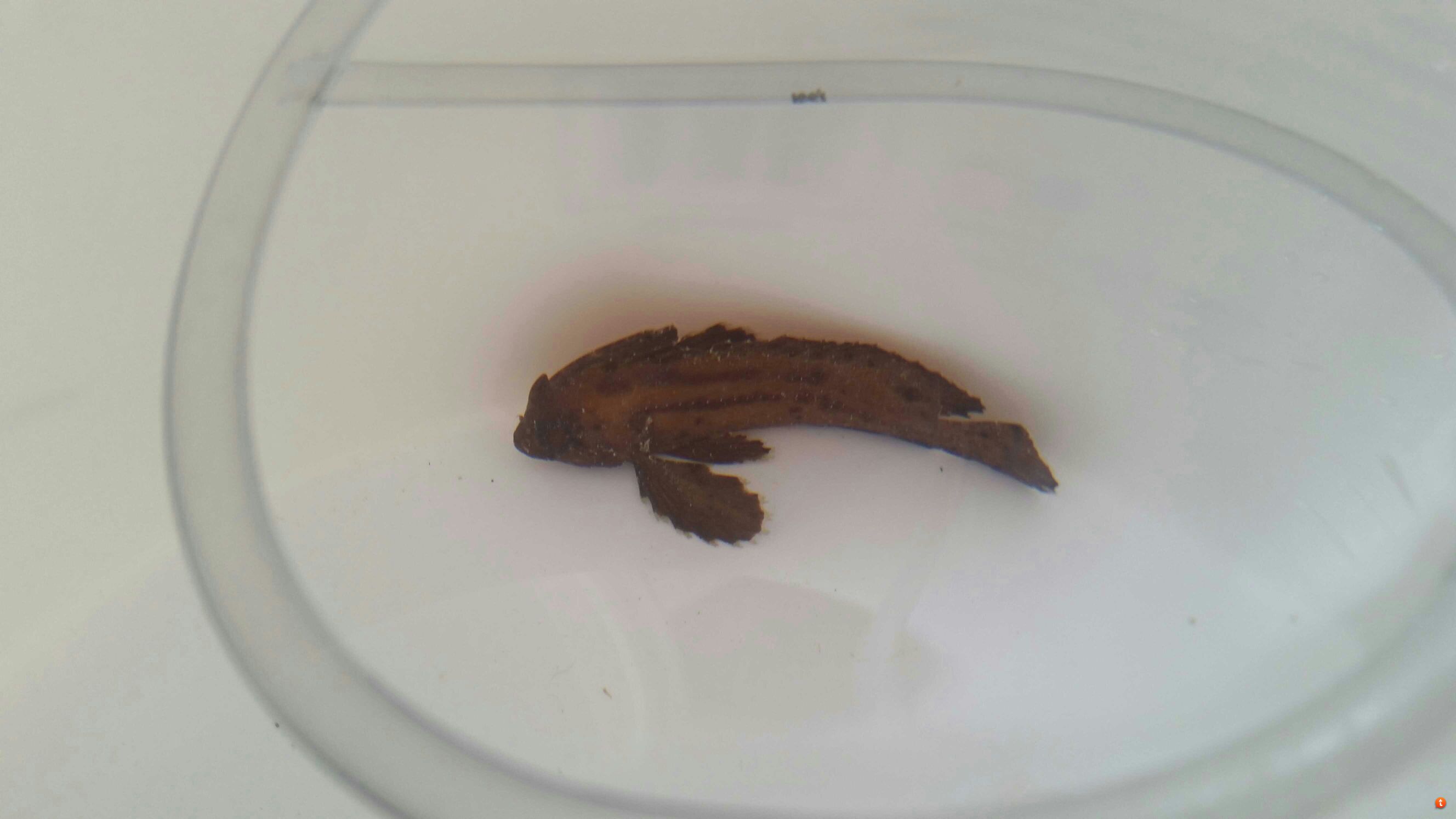 I have never had a cockatoo waspfish before so it is a little tricky to tell if something looks off, especially since they have so many spots already. I can still find a small discoloration from where I plucked the parasite off of him though.

Thank you for the help

Team RC
I have asked namxas to take a look as he and his wife are our experts. My experience with this fish is only from diving.

Things With Stings R Us!

Your fish had a parasitic isopod stuck to it, but the good thing is that it may be the only one (not for SURE, but typically). I'm sure that didn't help much, but the added stress of being a new fish, may have some bearing as well. If you're set up to run a prazi pro (best) or prazi treatment, it wouldn't hurt, just to be safe, but if not, you may be OK with visual monitoring at this stage.

As for getting the fish to eat, cockatoos generally are the easiest of the wasps to get eating for you. Live pods (Gammarids, Munnids, even copepods) are great foods for them. In fact, they love stands of live macro for both shelter and hunting. Small (really small) ghost shrimp are also good foods. You could even gutload some Artemia to get you over the hump if needed.

I strongly recommend using a stealth stick for weaning purposes, but your main goal for now is to get the fish eating. I suspect once it starts eating, it will be the typical voracious cockatoo (they are truly our fave waspfish).

I'll peek back into this thread for a bit to see how you're doing.
C

Hes not doing well. He can still see me and wiggles to swim but goes nowhere.

I would like to think it was just a food issue but no idea. Any tips on how I could get a tired sick fish to eat?

Things With Stings R Us!

Argh...sounds like you may lose it unless it improves. Waspfishes tend to "languish" away sometimes if they're beyond help, or simply old.

Keep the tank conditions as clean as possible, and maybe it will turn around. Keep offering food every so often, as well. It's a waiting game at this point. Vitamin B12 is a good appetite stimulant, and Vitamin C is just a good idea for wellness, so if you have them, give them a try.
You must log in or register to reply here.