I drilled 2 8mm holes in the 5 gallon jug and added superglue to the threads of the quick connectors before putting them on the jug then sealed around the whole assembly with aquarium silicone. Then just set 1 airline at the desired water level and then the other hose below that level. When the water drops below the 1st hose line, air goes up the tube making the siphon.

Im going to work tonight so im going to let the silicone dry while im there and then test it out when I get home. hopefully it works as planned 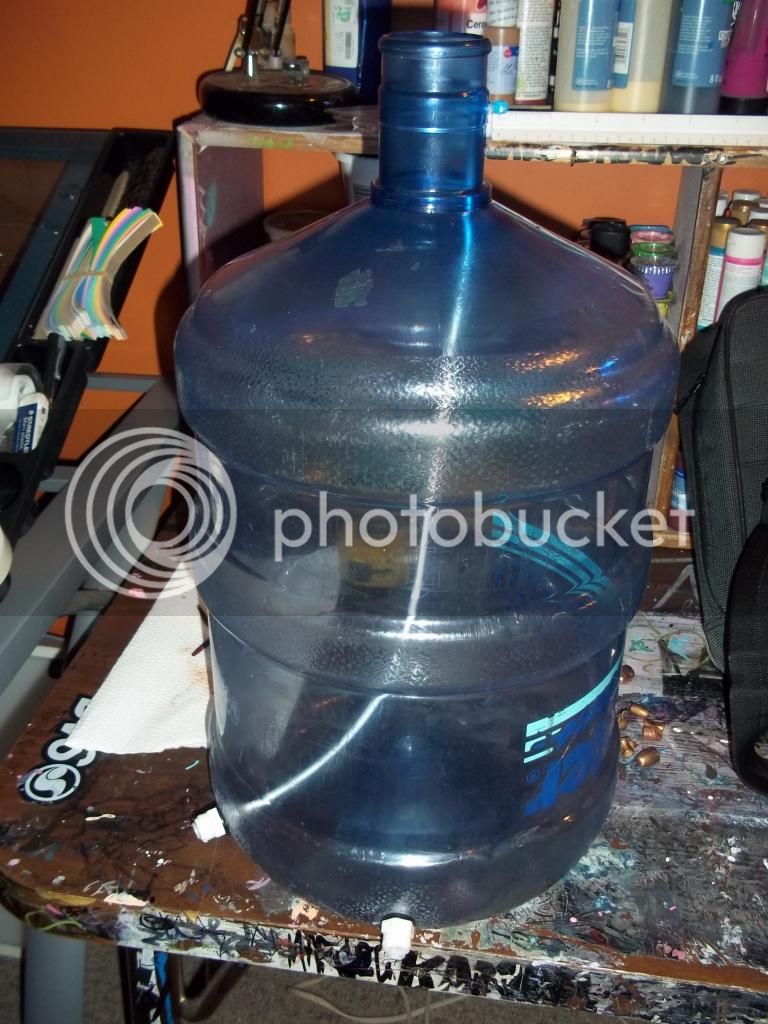 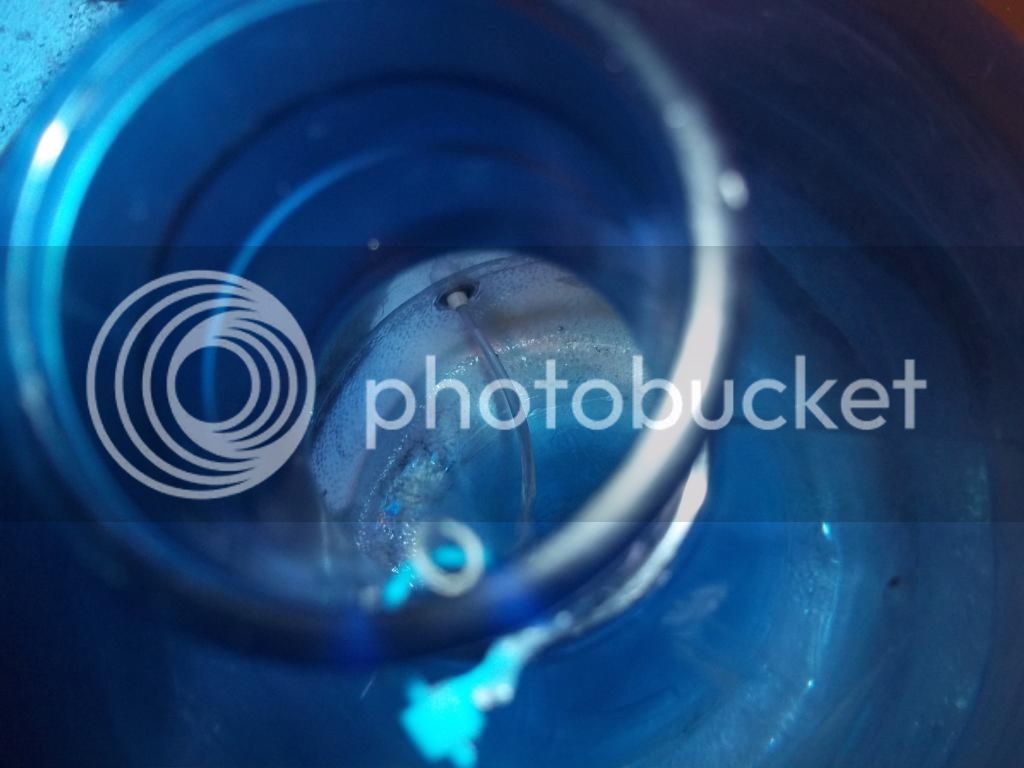 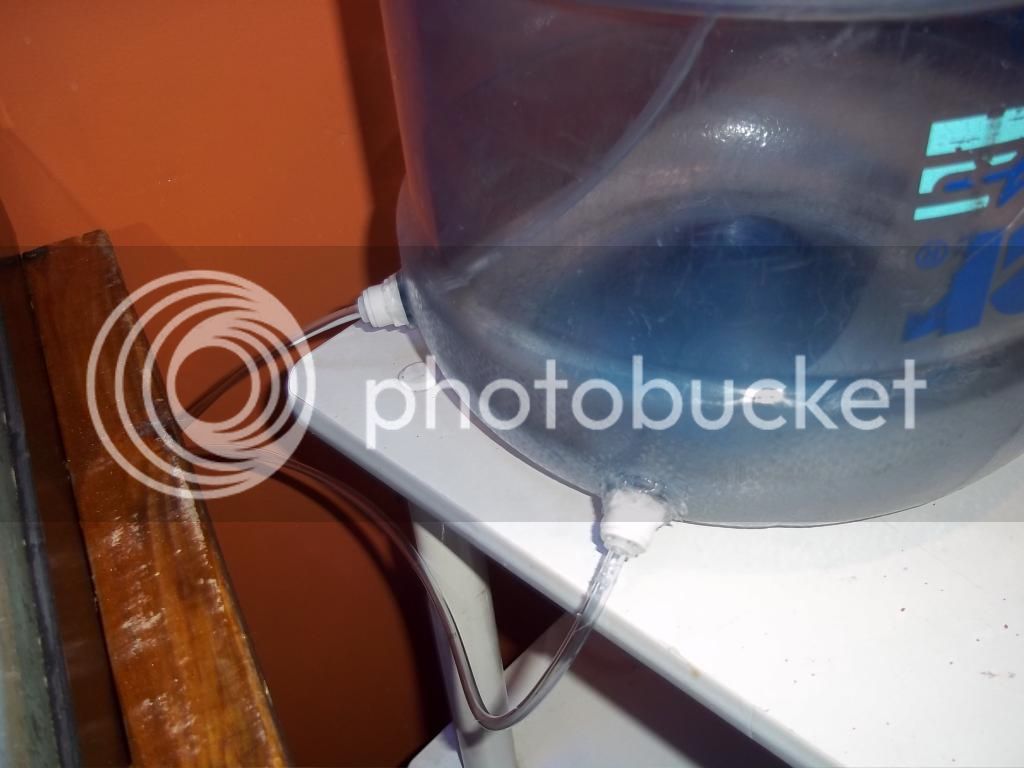 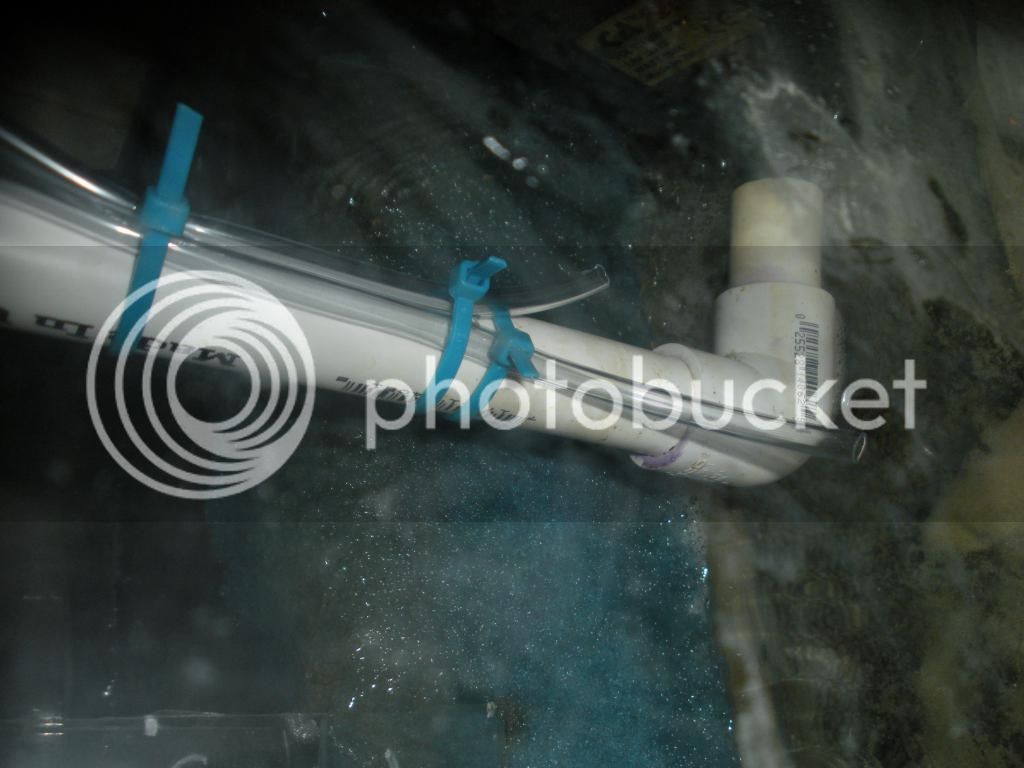 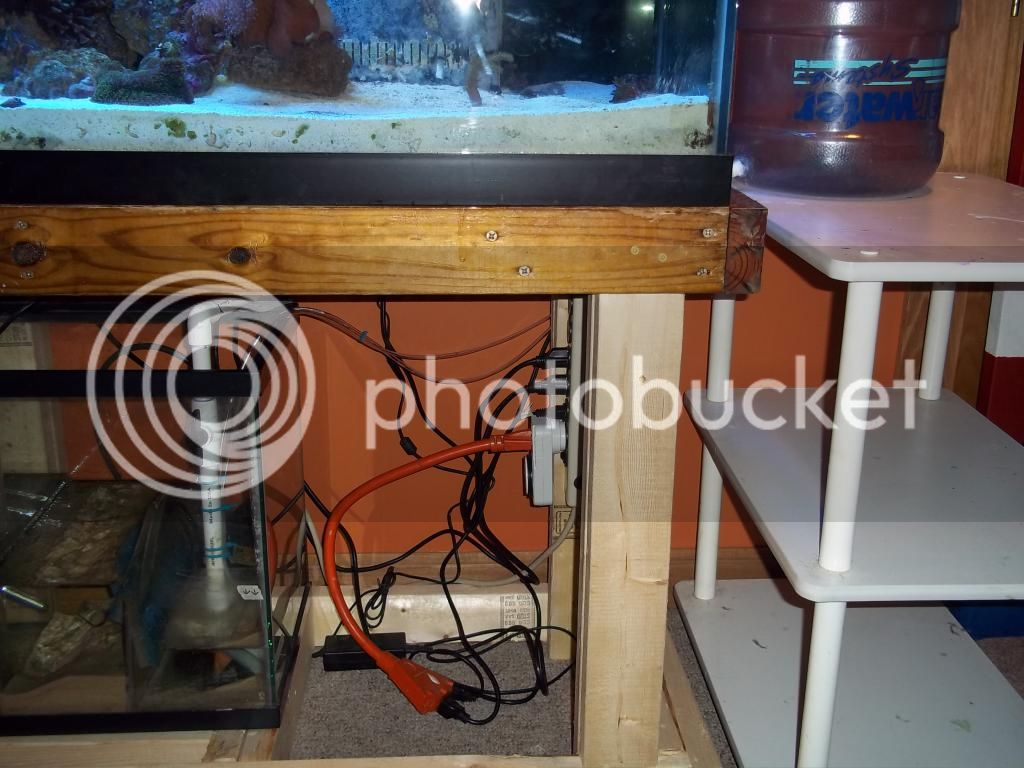 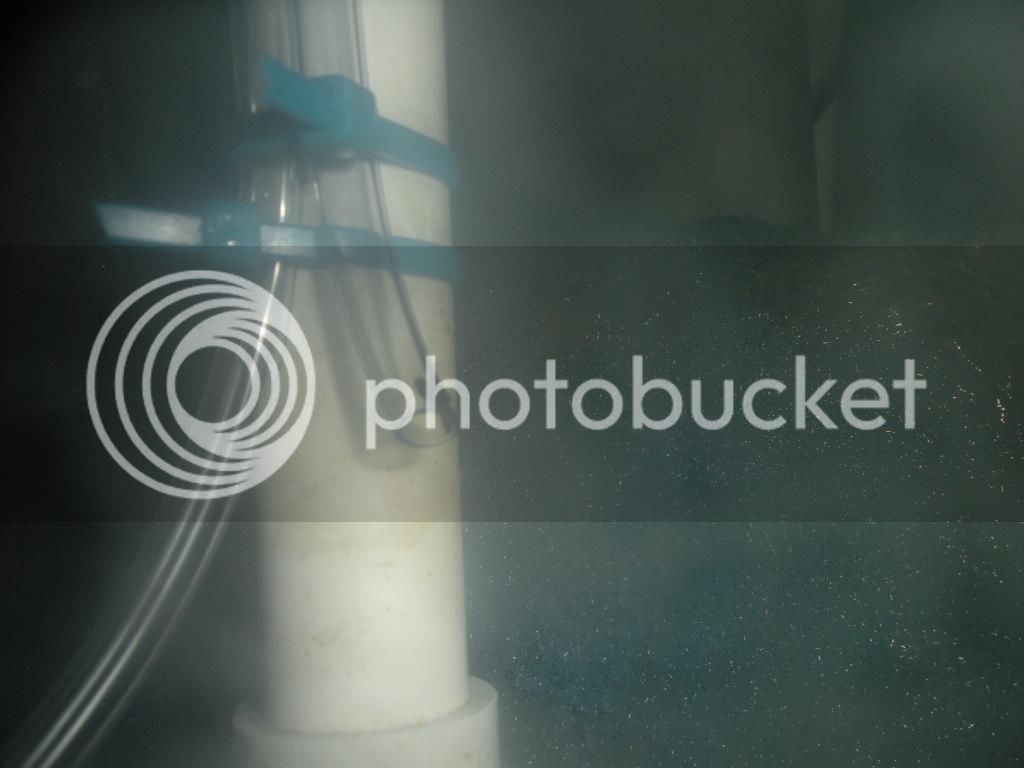 Curious to see how it works... If the water in the jug is above the water line in the sump it will flow in regardless of the tube being under water... What is going to stop it?
D

Have you thought about putting a float valve on the end of the tubing? One from a swap cooler would probably wor really well
W

Yeah they sell little float valves at home depot for like 5$.

seems there were some things I didnt think of! Trial and error. Ill have to look into a float valve perhaps at Lowes
W

Good Luck I am working on a auto water change... Think I got it figured out with just a internal pump and a outlet timer...

Got a float-valve today and made a bracket. It'l attach to my return pipe in the sump w/ zipties. 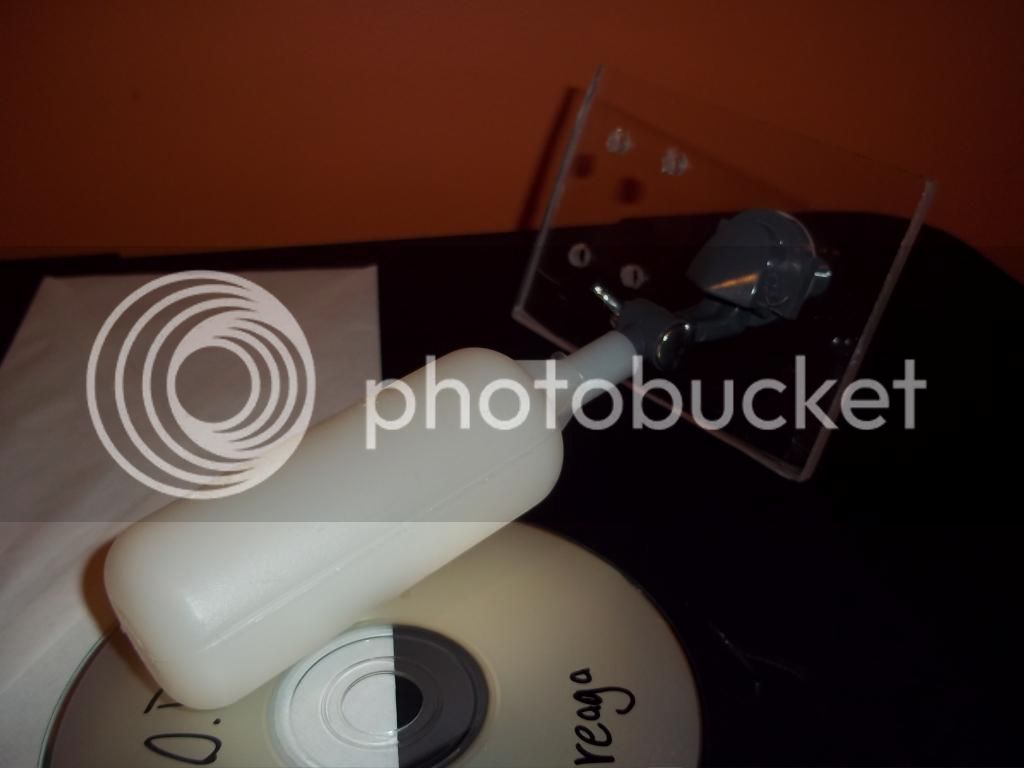 Is this supposed to be one of those gravity feed self anti siphoning types of ATO's. If it is, I don't think it's suppose to use a float valve. Doesn't it work by having the container totally sealed so air will only go into it when the upper tubing is exposed to air as the water evaporates and adds fluid to the sump through the lower hose until the level comes back up to the upper hose and shuts off the air again and creates a vacuum to hold the water in the bottle? If that is the case no float valve is needed, however the container does have to be airtight or all the water from the bottle will flow into the sump.
If you are just designing a gravity feed system with a float valve it will work ok, for awhile. Sooner or perhaps later the float valve seal will leak and all of the bottles water will go into the sump. It's not a question of if, it is a question of when. Some people say they are ok but those are the ones that haven't yet had a failure of one. It may work fine for years or days. The gravity feed self anti siphoning types of ATO's I described in the beginning are probably more reliable than the float valve. The bad thing is if any leaks(air or water) develop it will dump all the in the sump. Just my $.02.

mine, technically, is a mixture of both then I guess. It has 2 hoses. one right below the water surface and one for water to flow in

So the bottle will be sealed air tight correct? If that is the case it should work anyway with or without the float. The float might just add a little extra protection if the seal on the bottle goes out maybe the float will keep it from overflowing.

correct all holes I put in the container were sealed up and the cap is tight. hopefully it works! try and test it tonight

Let us know how it works.

so far so good!
You must log in or register to reply here.

Today at 5:33 PM
BlennyfromtheBronx
B
A
Questions about Auto water change Challenges.