Just introduced to the tank, 12/4/2016
Feeding bits of raw table shrimp about once or twice per week: 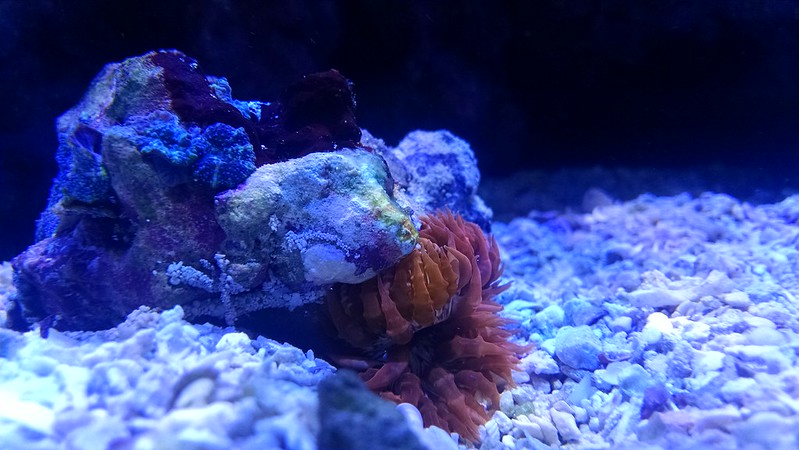 Awesome good luck with the nem

Sent from my SM-G928V using Tapatalk

Cant tell, what type of anemone is that?

Sent from my SAMSUNG-SM-N920A using Tapatalk

Yep, Flower/Rock Anemone or Epicystis crucifer. Sorry for the poor image. Maybe this one is a little better: 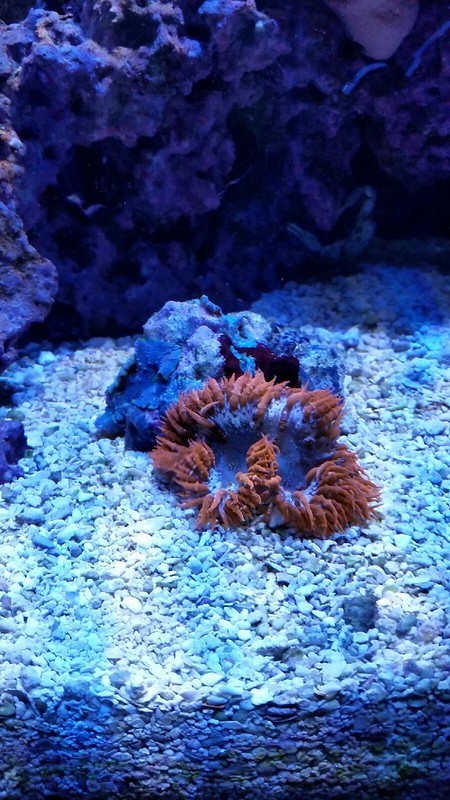 I've had the first flower anemone for a few weeks now. It's done so well and I like it so much that, last night, I got the other two specimens that my local fish store had in stock. They had a spectacular electric blue Tridacna Maxima that I wanted, but I was afraid my Coral Beauty would beat it up, so I opted for the 'nems instead. N'Joy! 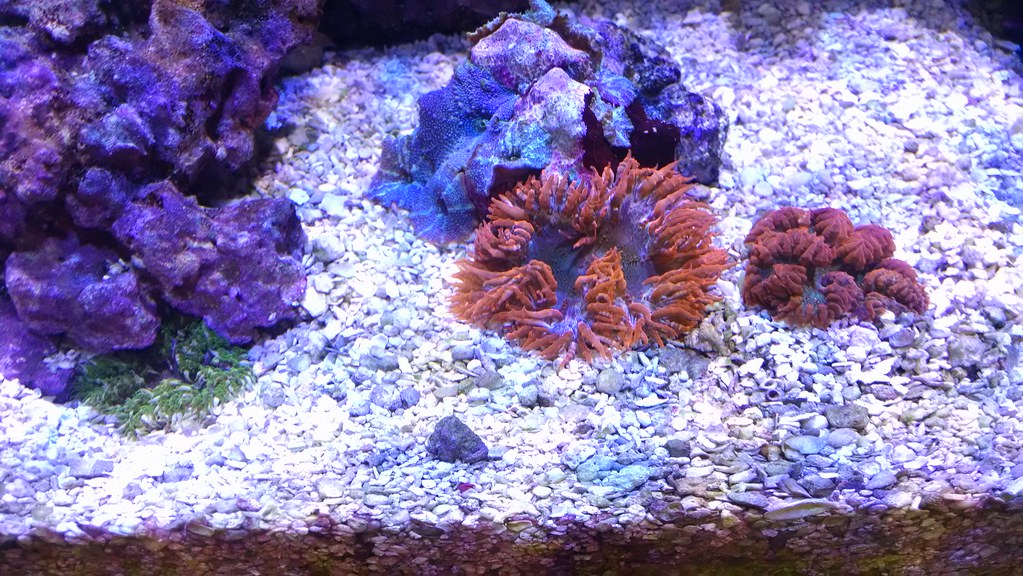 The one in the center has been in the tank for a few weeks. The new ones are just to the left, green one under a rock ... and another orange one on the far right.

Very nice looking indeed
You must log in or register to reply here.

P
anemone not sticking to any rocks or glass