I special ordered these guys a few weeks back from Union . They were shipped in seperate bags but as soon as I added them they began schooling! After much research I have read that when you have a few they dont exactly "school" as this behavior refers to movments by the group that are identical. They more like herd together. I have seen a few pictures of this and it really looks cool. they take turns putting thier heads to the substrate to feed while most are still looking up just like deer.
anyways mine were doing this. The mess'ed up part is that this was interupted by my clowns. I had'nt added anything new as far as fish go in about a year or so. this caused my damsel's(clowns...percula pair..) to act very aggressive. in any case that stopped after about 5 days. the rainford's began venturing out again slowly and the clowns didnt care. I regrete to say that the small one I purchased didnt make it. he may have been ambushed by my pistol as he is a bullseye pistol and doesnt match up with small gobies but instead will eat them if given chance. He may also have just not made it through the 5 days of torture my clowns put them through and dies from stress. in any case..... he is gone....... no sign of him..... was recycled by clean up crew. the larger of the too survived and now is even allowed to swim within centameters of the clowns like its nothing (dominance established?) but I did get a picture of them when they were hanging out together. here it is ....the first was the only clear one I got. the rest are fuzzy but gives you an idea 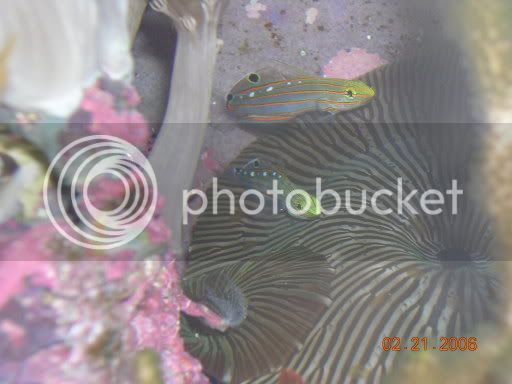 these are a bit out of focus 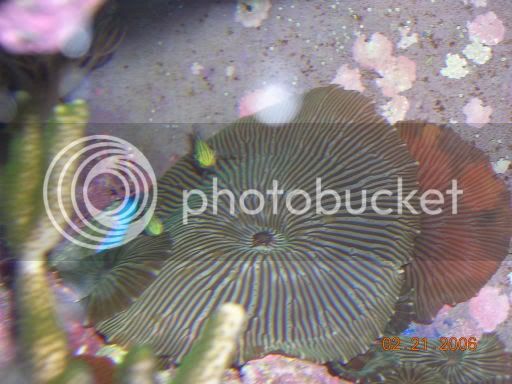 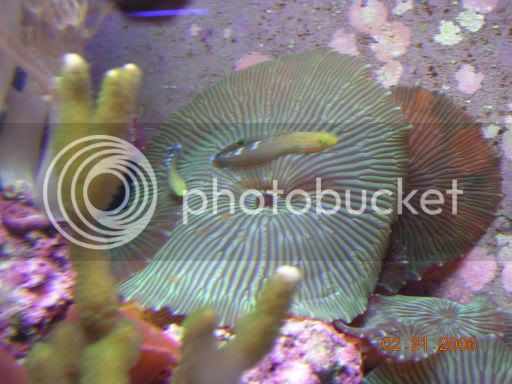 nah like i said they were delivered in seperate bags and there were others . strange huh! guess some do hang 2gether.

got a new partner today from union. they got a nice shipment today. the new rainford and the old one hmet and had no issues. the new guy is hiding still but appears ok! no chasing from other fish. hope the two will hang out together like before. ill update

lights hit to actinics and now the new guy is out schooling or herding with the other one! its really cool to see them look out for each other!
You must log in or register to reply here.