Here are some shots I took with my phone. Samsung Galaxy 8 not too shabby. With the assistance of a roscolux flourofilter. I bought a sampler of different gel filters. Makes the pictures look a lot closer to what you see in person. Would highly recommend 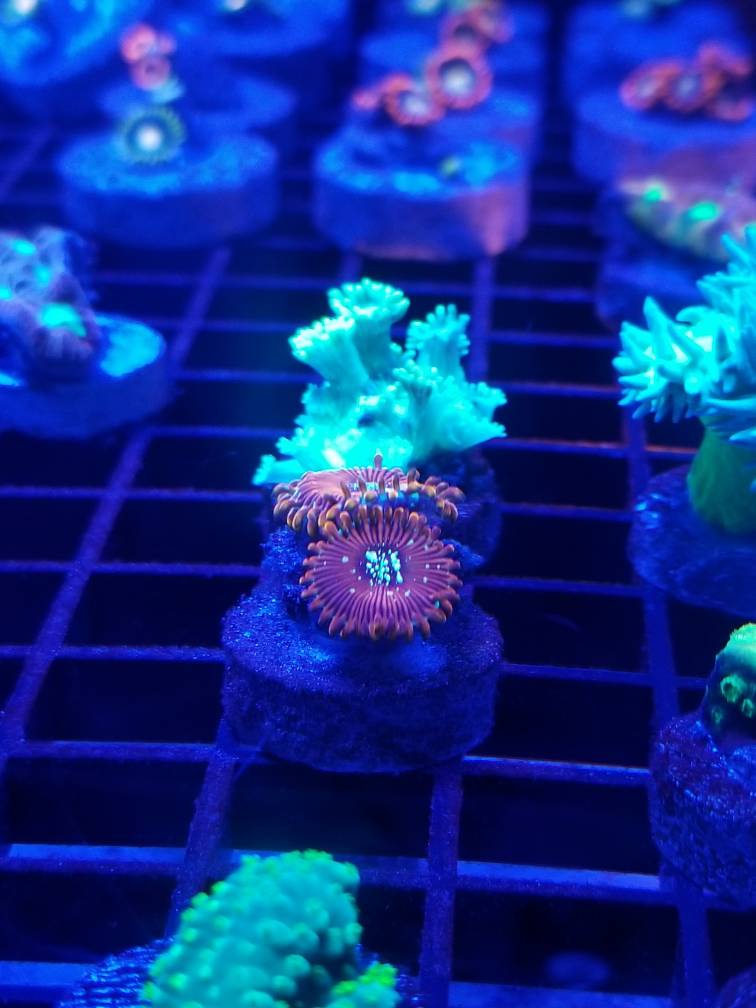 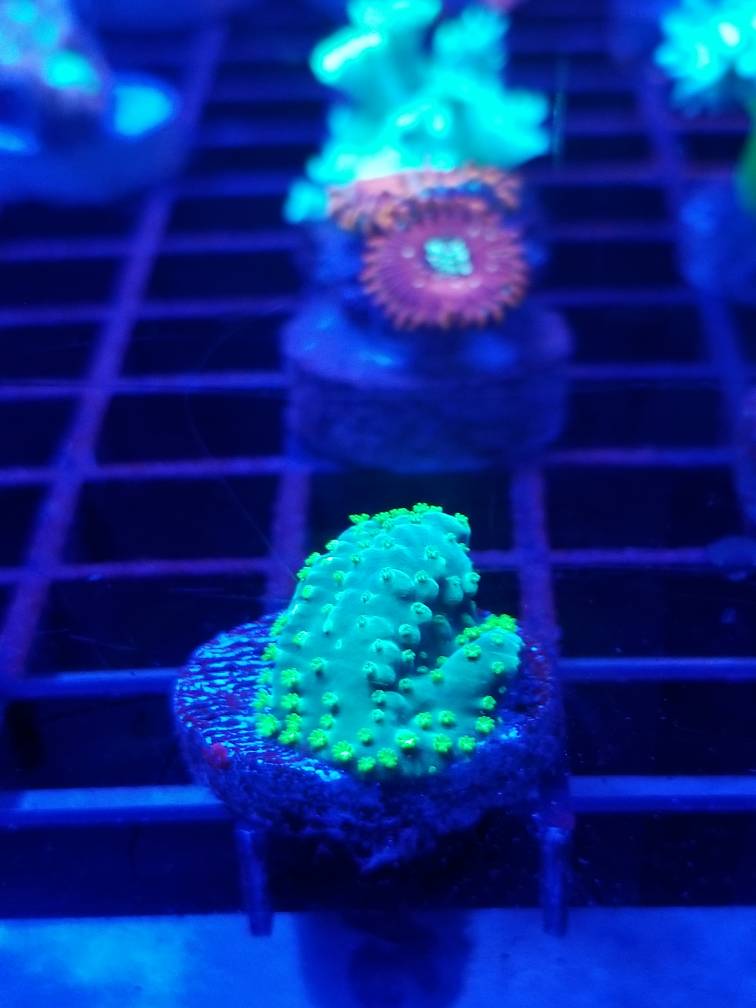 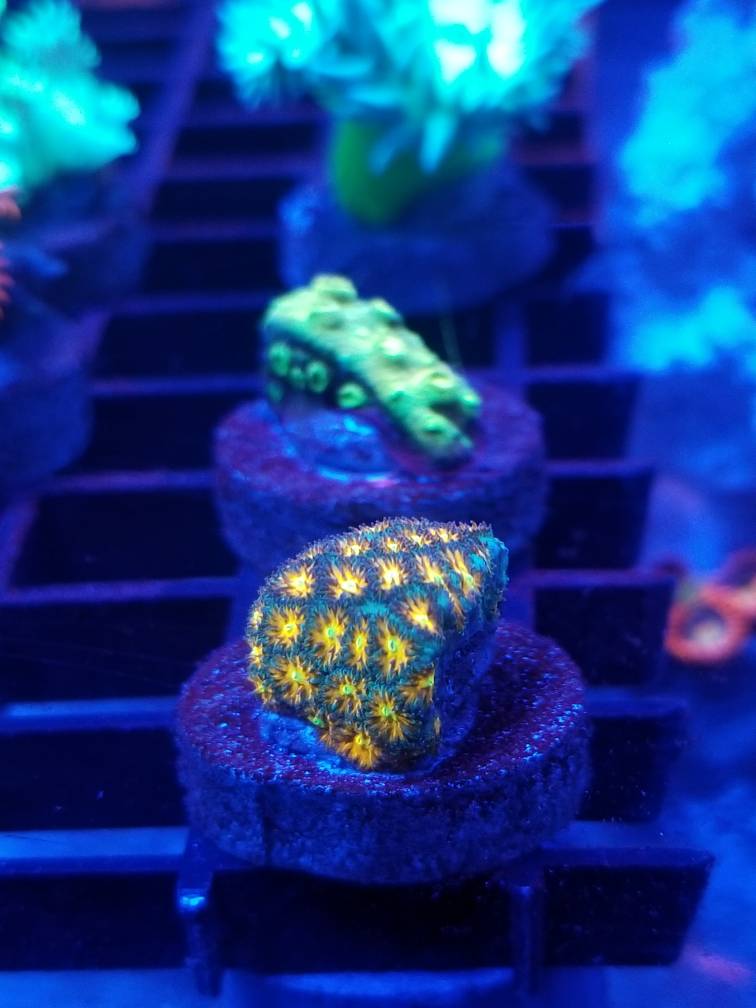 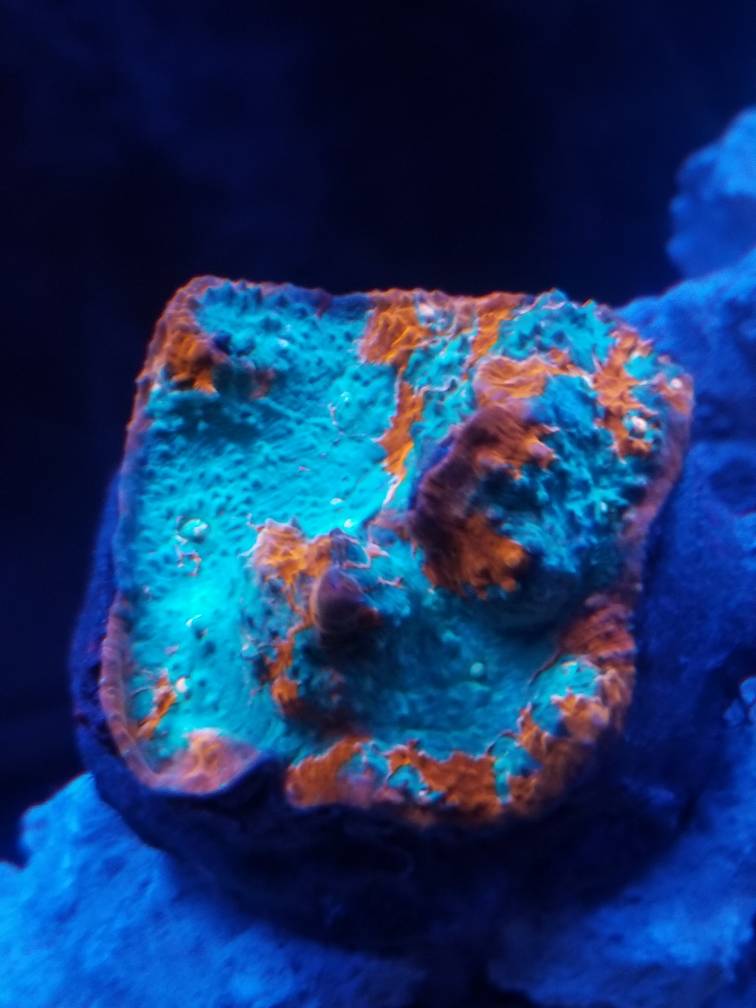 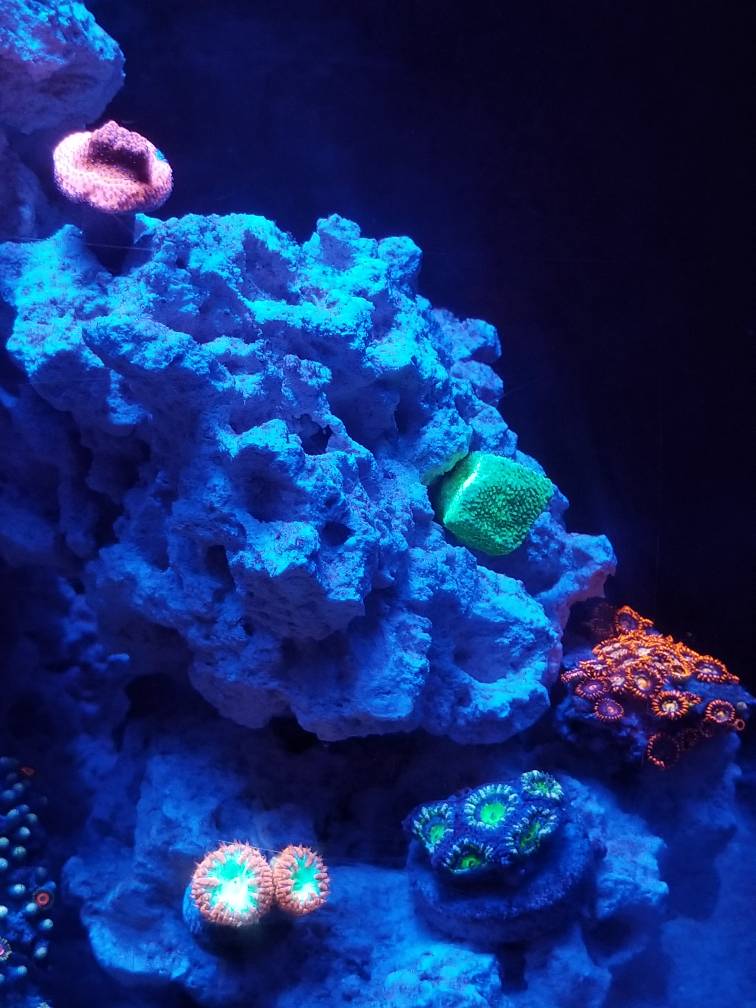 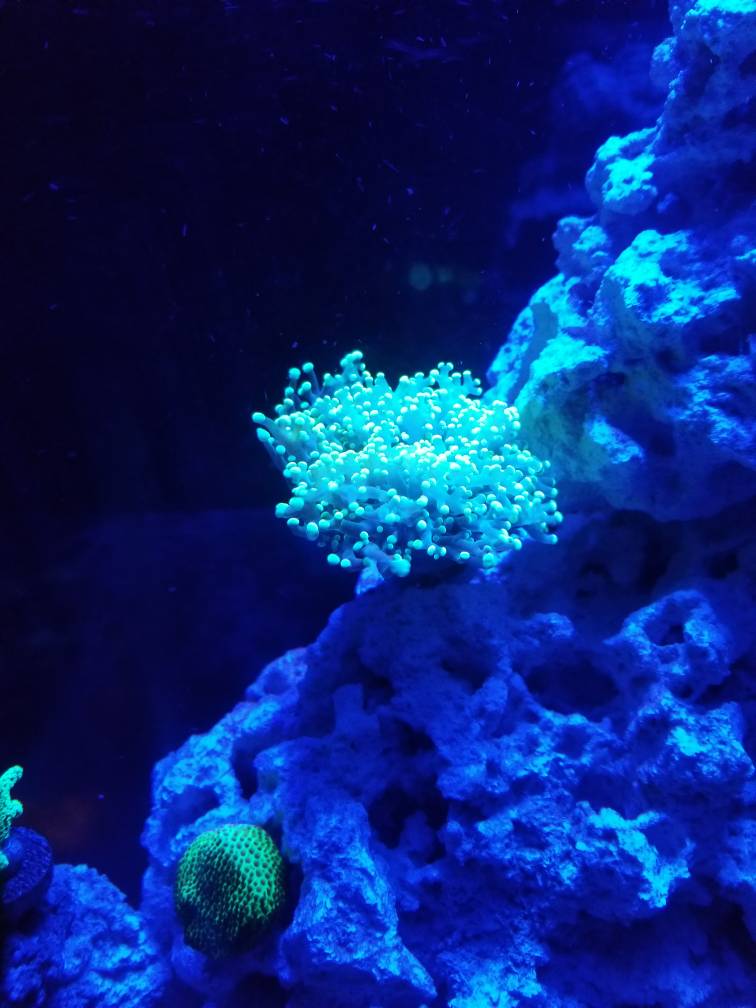 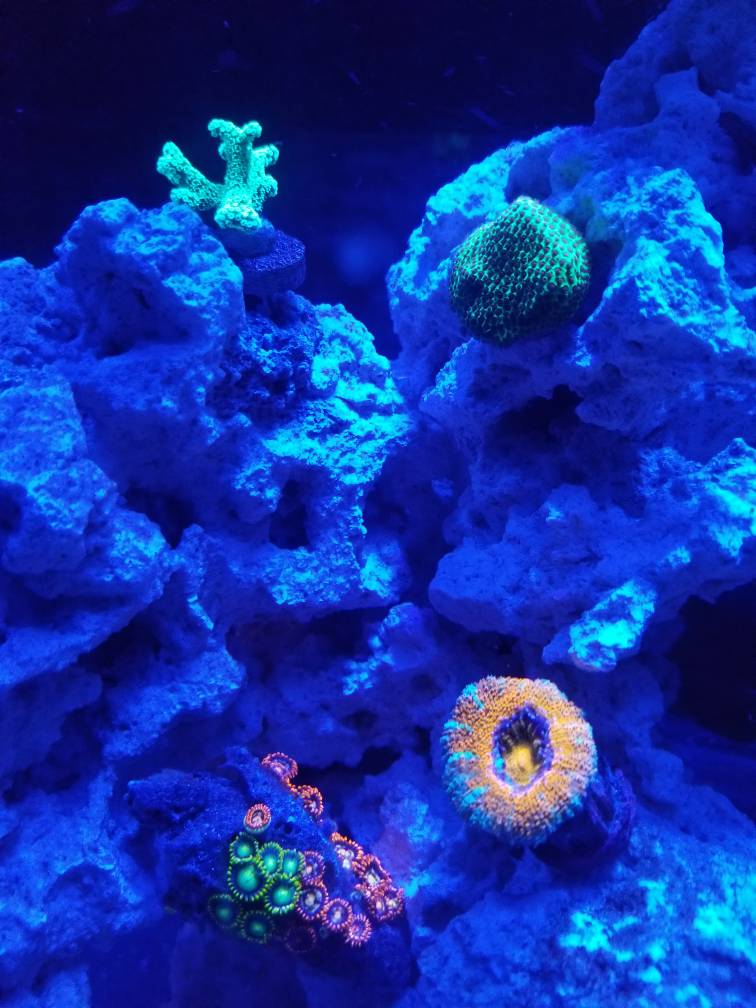 The above shots were under actinics. These next ones are under both white and blues on. Currently running at about 50 blues and 15 whites. Going to ramp it up a bit. Have to be cautious because I feel they are already bright. I used a roscolux roscosun 1/4 cto.

If you know of any filters that would make it look nicer. Please let me know. I'm also experimenting with some of these so placement might be off. Any suggestions on placement are welcome.

My tang and flame angel are being shy in the background 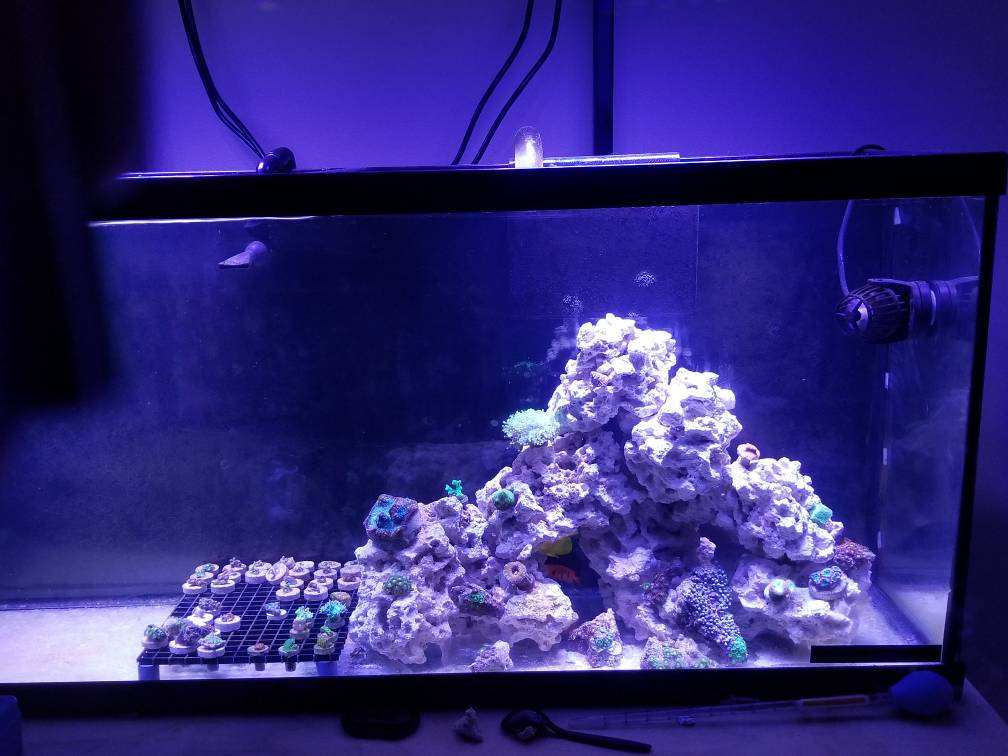 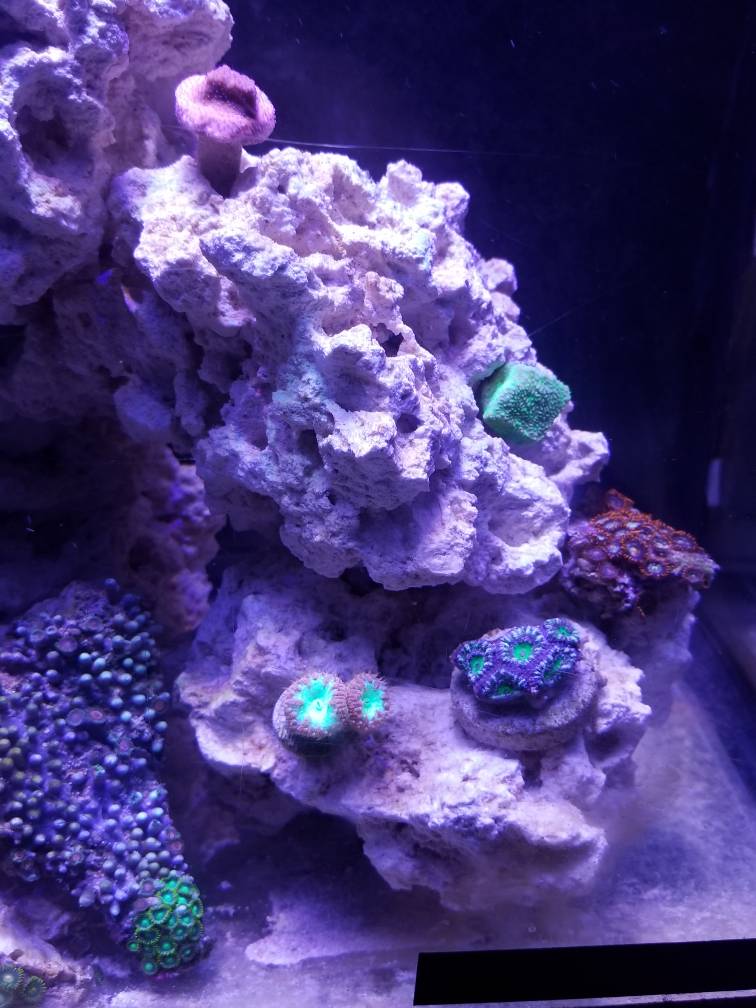 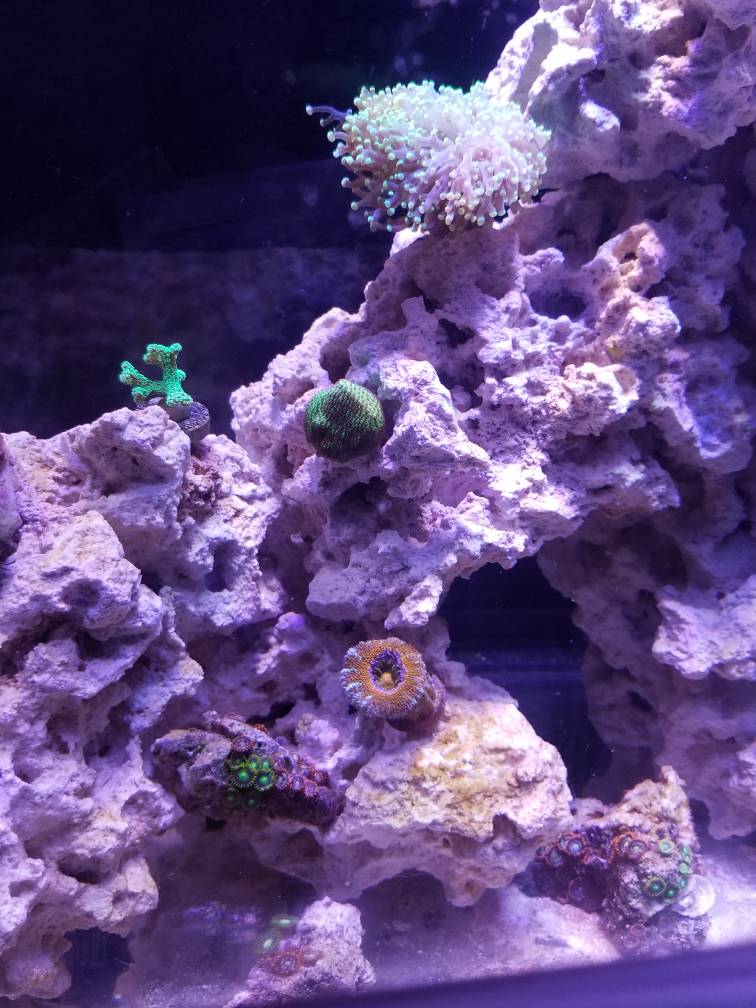 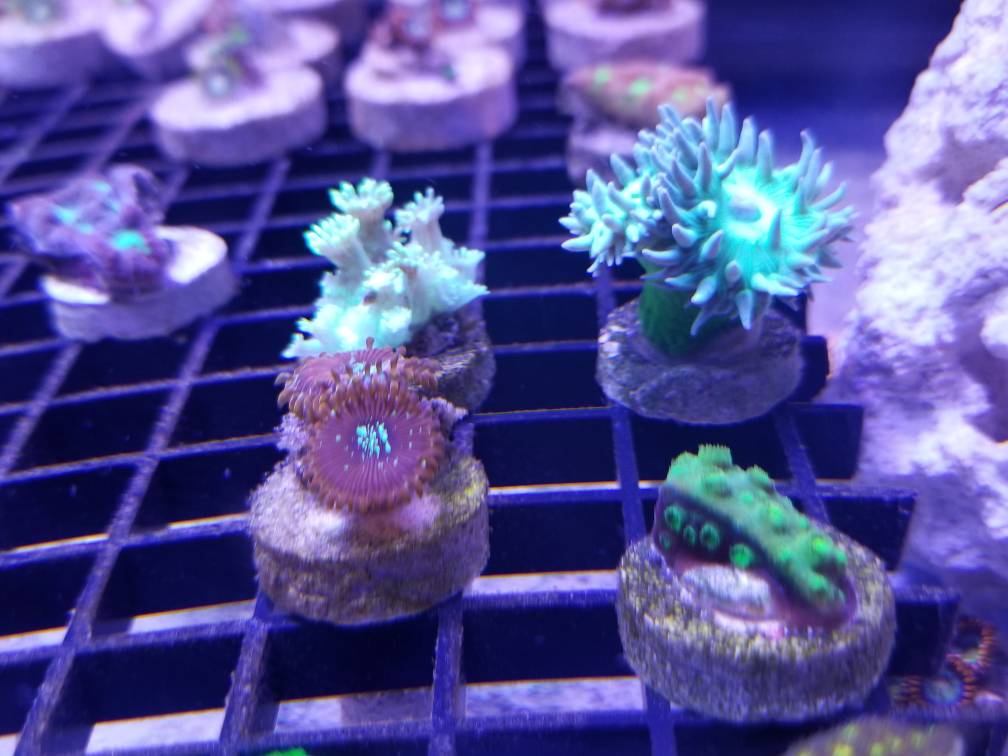 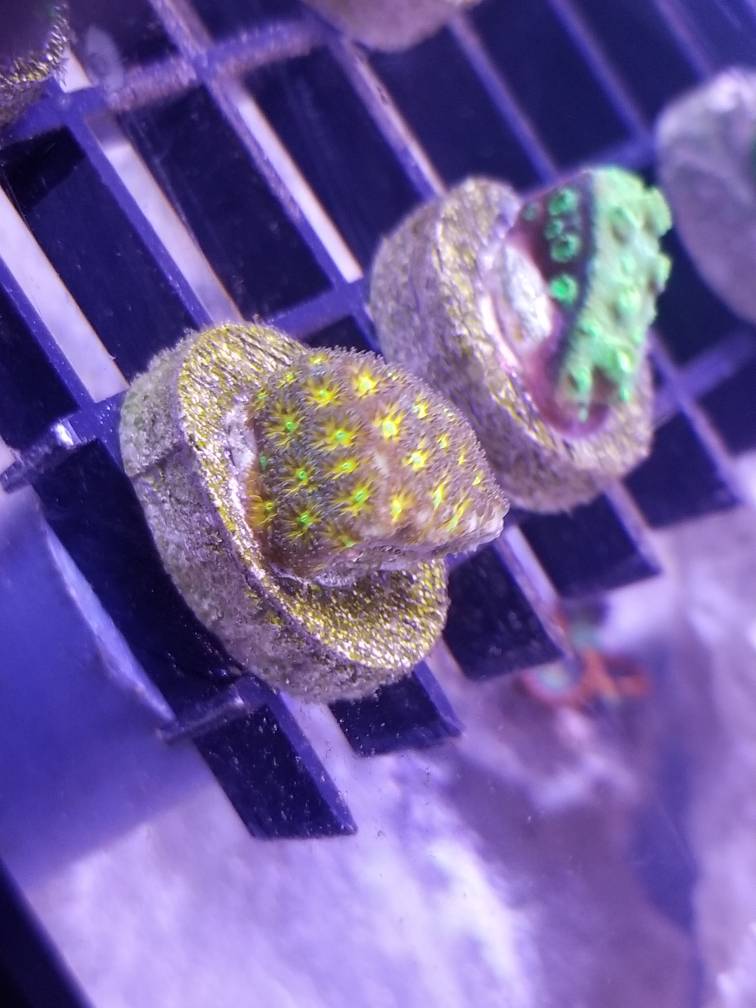 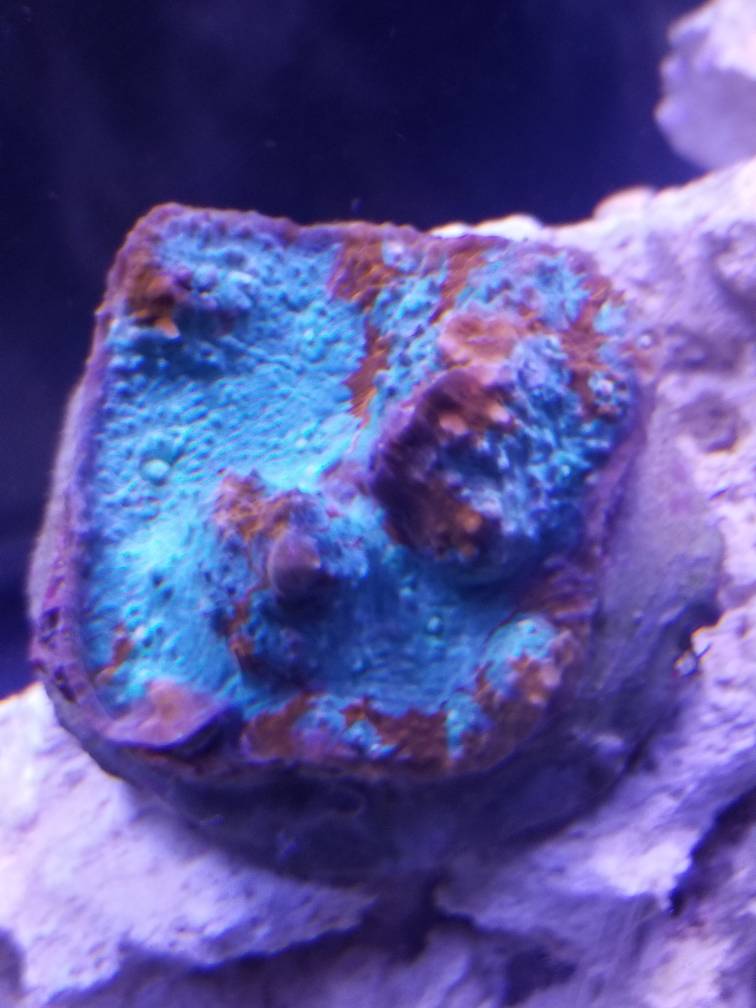 One more thing. Someone on reddit did the PAR Meter test on these light fixtures. Here are the screen shots of his work. Hope this helps someone else

The par meter readings are hard to read so here is a better picture with legible numbers.

Sorry haven't been able to give an update.

I made a rookie mistake by adding some BRS rubble rock into my sump without soaking first...which shot up my phosphate levels. So having a bit of algae outbreak.

I also feel the Rubbermaid container I used leached some phosphates. I gotta test fresh water in bin see if it's plastic leaching phosphate or came all from rubble.

Without further ado..here are some tank and frag shots.

I received some Jawbreaker mushrooms...beautiful specimen. One of my new favorite corals. 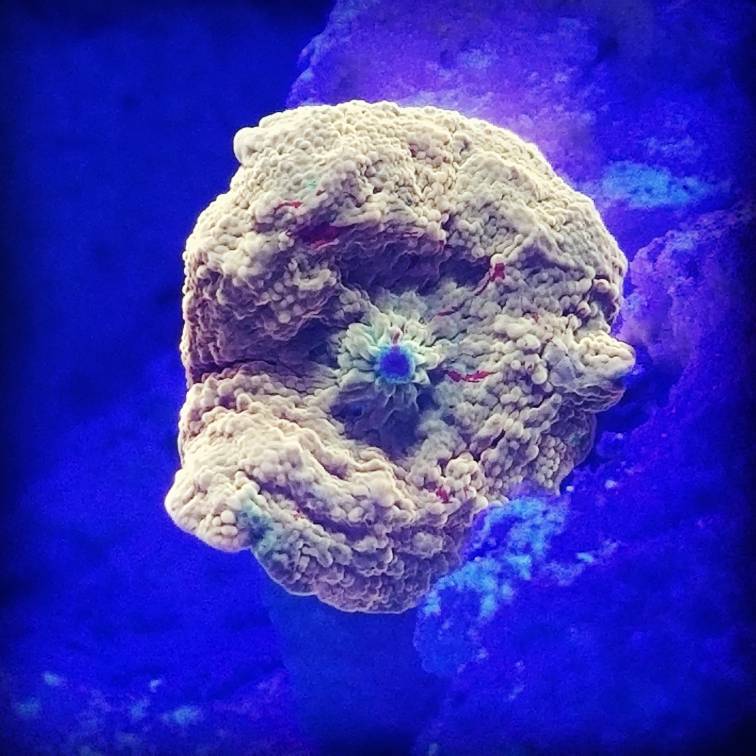 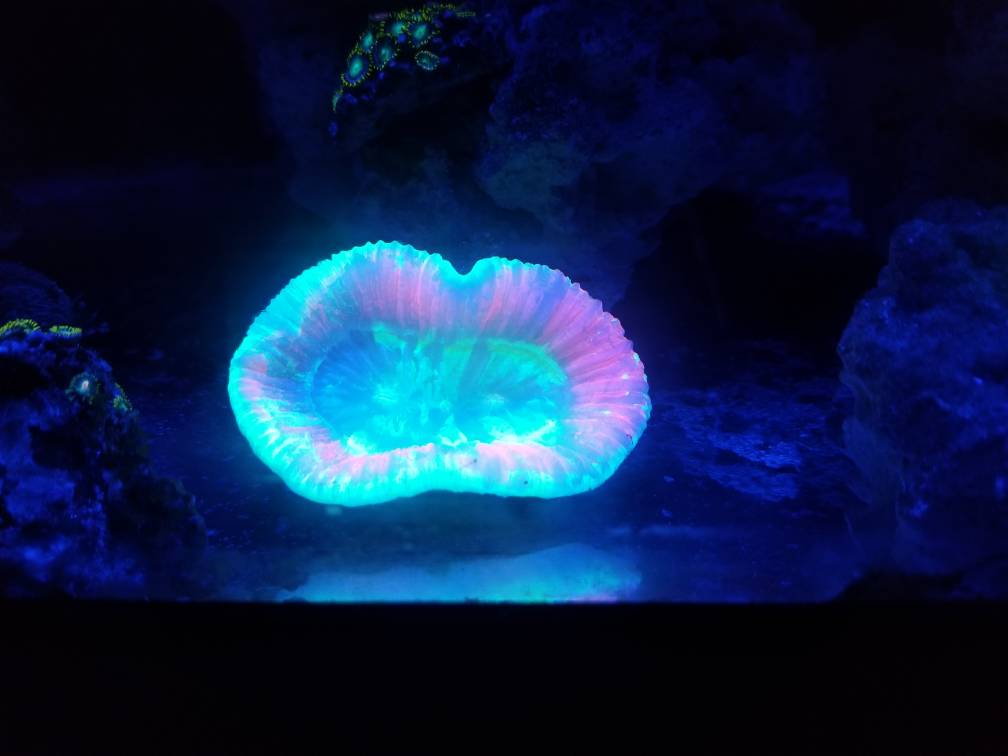 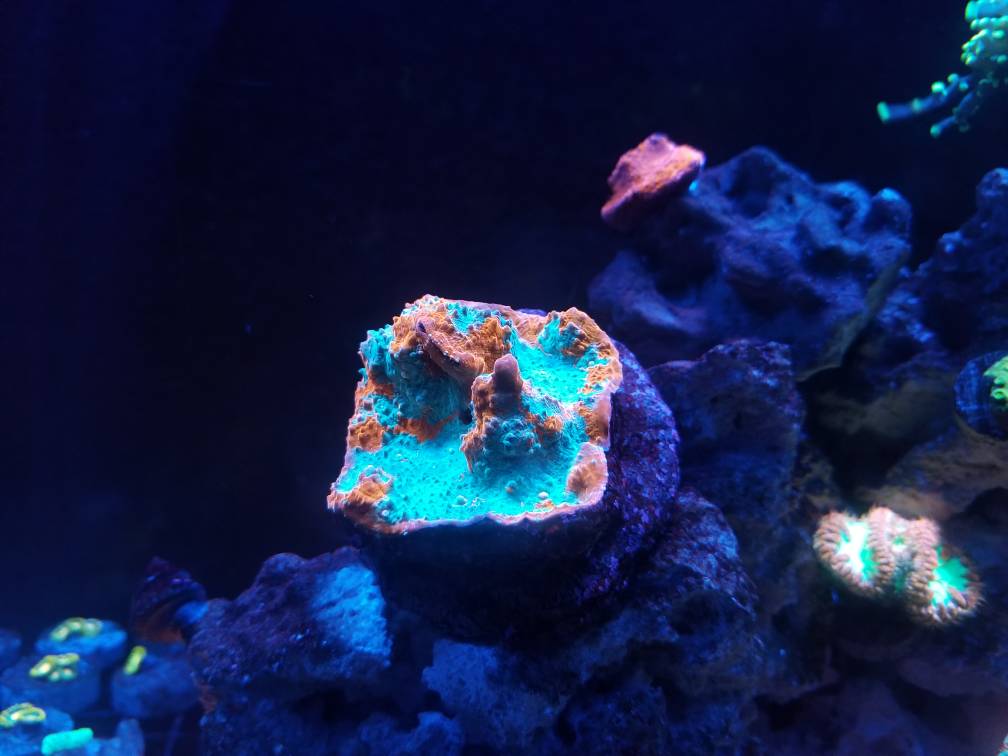 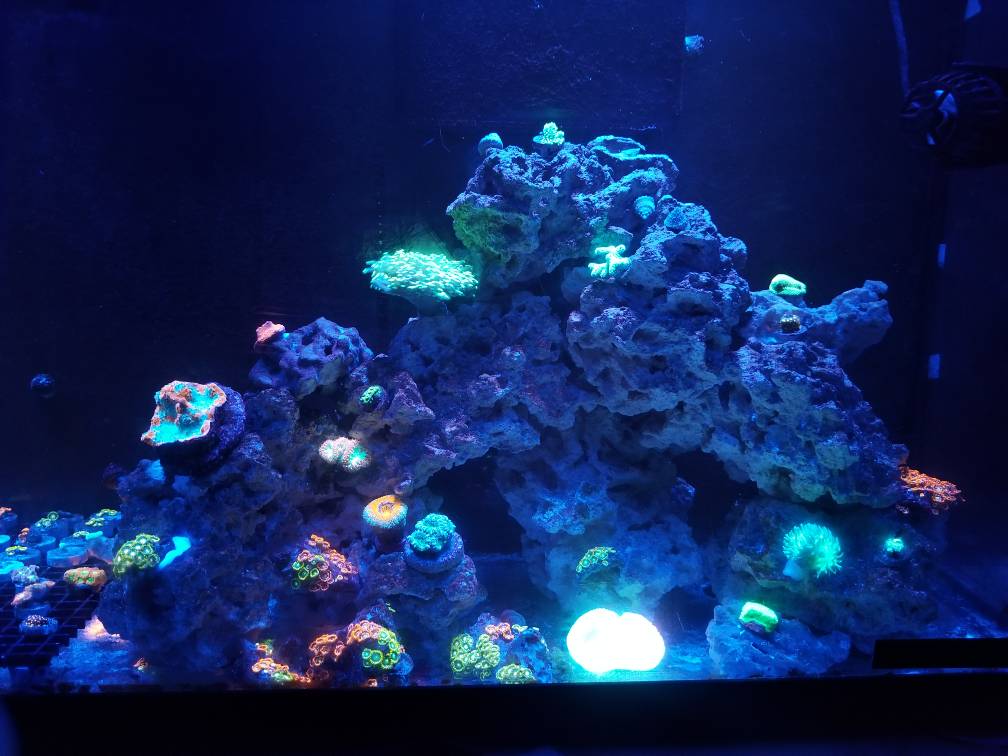 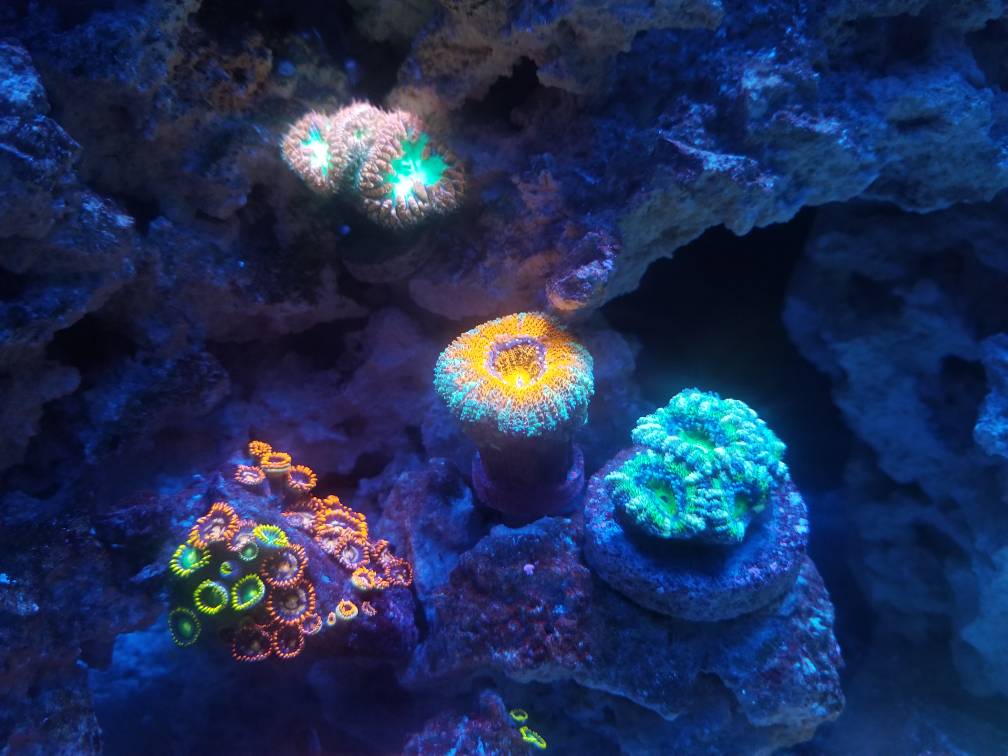 Thanks. Here's a couple of shots one showing my JB mushroom opening up a bit more.

Finally getting some of my phosphates in check. Had a bit of an algae outbreak that is slowly getting better.

Had my alk a bit high as well around 11 dkh. Now it's closer to 9 dkh seems everything is doing good.

I am also considering dosing kalk since I already have the stuff to do it. Still debating since last time I accidentally raised alk too much. I will keep y'all posted!

Hoping on getting a few more frags from WWC soon!

How is the tank doing?
You must log in or register to reply here.

Can anyone verify that my plumbing plan checks out?