Yea.. he goes after it but dosen't seem to want to eat it.
I've had him for only a few weeks. He started in my main tank
and showed signs of ich, so I put him in a 10 g hospital.
I got the salinity down to 1.09 and plan to hold him there
for 4 more weeks. He's smaller than a fifty cent piece and
was eating great and looking better in my main tank. But
now he just picks at the food. He's starting to look thin again
the way he was when I first got him. I've had him in the
hospital for 2 weeks. Should I move him back to main tank?
Should I increase salinity and treat with copper?
I soak formula 2 in garlic. Doesn't seem to help.
Other than that he seems fine and no sign of ich.
C

I would try a mix of foods soaked in garlic, mystis shrimp, some different types of pellets,flake,garlic soaked nori, whatever you can get you're hands on.
If you had a fish in you're main tank showing signs of Ick. them you're whole tank may be infected? lets see what others have to say? how long was it in you're main tank for?
Heres a pick of my hippo in ten gal. QT. 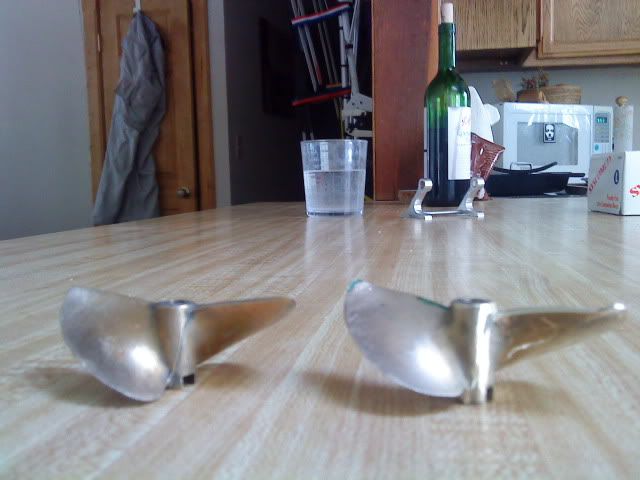 What is your tank temperature? Blue hippo is very sensitive about the water temperature changes.
S

Have you tried cucumber slices yet on a rock. That sometimes works.
R

WOW! Thanks guys! I gave him some mysis and he sucked it down.
Temp is 81 to speed up protozoan cycle.
I had him in the main tank for about week. The 3 other fish ( perc,
6line wrasse and wheeler goby, I rarely see) look good, but the first
2 were scraping one day then stopped. I always thought that parisites
will almost always exist in the tank?? Hey Cope, your tang is the same
size as mine, any worries about putting him in with an anemone?
A couple more questions???
Does the tang have to have greens while in the hospital
tank or should I not worry as long as he's eating something (meat)?
I've never dealt with a hospital tank before, should I be concerned
about amonia and nitrite spiking? If so over 6 weeks how much water
and how often to change in 10 g tank?
I want to eventually set up a permanent 20 g QT. Do I stock it
with damsels to keep it cycled?
I think I went past my ? limit. Thanks again!

There is no need for a permanent qt tank. When finished with the qt tank. Clean it, so it is ready for the next time. Also, take the time to fill out your information so people know something about you and your set up.

Tangs like to eat a couple times a day as they are grazers. Try Formula 2 (or whichever is the green one). It is low on phosphates and my tangs love it.
B

I have a blue hippo in a hospital tank right now also. He mostly picks at the flake food I offer, but he loves the dried seaweed sheets that I give him.
You must log in or register to reply here.