Status
Not open for further replies.

Staff member
Admin
This thread was automatically split due to performance issues. You can find the rest of the thread here: http://reefcentral.com/forums/showthread.php?postid=12925018#post12925018

Split #3!!! Here's the brief summary I used on the last split. I'll update some of the topics from the last split later today or tonight.

Waayyyyy back in the beginning of February (not April :lol: ) I was browsing Craigslist and found a 90g tank with a 30g sump for sale. I ended up paying $150 for it (I believe... might have been less) and it was pretty banged up to say the least, but after some TLC and LOTS of help from RC members... Almost 5 months later, this is what I've got. My first reef in the making 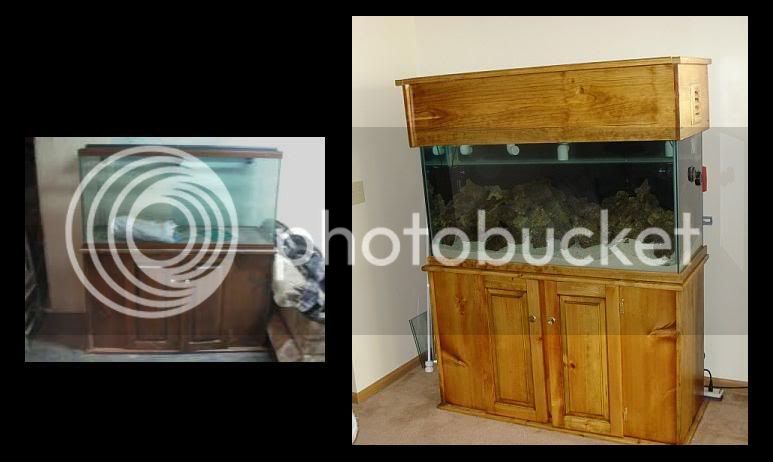 Thanks again everyone for all your support thus far... and onward we go!
Last edited: Jul 11, 2008

How to hard plumb an Eheim
http://reefcentral.com/forums/showthread.php?s=&threadid=1310919&perpage=25&pagenumber=12

How to Organize Wires Thread
http://www.reefcentral.com/forums/showthread.php?s=&threadid=1391757

RO/DI Filter Replacement Thread... How do you know when to do it?
http://www.reefcentral.com/forums/showthread.php?s=&threadid=1401689

The Death of a Clam
http://reefcentral.com/forums/showthread.php?s=&threadid=1417839&perpage=25&pagenumber=20

How long must a tank remain fishless to rid it of ich
capn_hylinur
http://www.reefcentral.com/forums/showthread.php?s=&threadid=1426833

Premium Member
i like the 2 island look in tanks, its nice to have 2 reefs with space between, wish i had done it

wow another split, nice one guys

great index TJ and congratulations on the second split

Mr Splitstir! Congrats on a thread well built. Not to mention that fab tank of your!

Premium Member
I can honestly say I spend more time on all of your threads than my own! My questions get answered here

Hey guys just shoot me a PM and let me know if I forgot anyone's build thread.

Thanks... I think the tangs enjoy all the open space. Hopefully it will fill in nicely once I decide to add some coral colonies.

<a href=showthread.php?s=&postid=12925245#post12925245 target=_blank>Originally posted</a> by raen
Mr Splitstir! Congrats on a thread well built. Not to mention that fab tank of your!
Click to expand...

<a href=showthread.php?s=&postid=12925304#post12925304 target=_blank>Originally posted</a> by timschmidt
I can honestly say I spend more time on all of your threads than my own! My questions get answered here
Click to expand...

I know the majority of the you know, but I figured I would do a quick rundown of the tank inhabitants for the new thread: 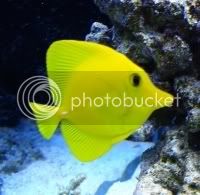 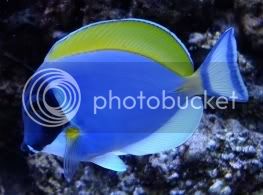 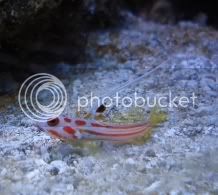 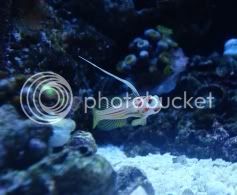 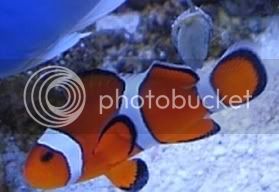 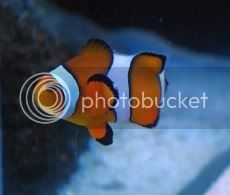 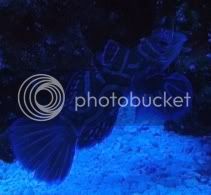 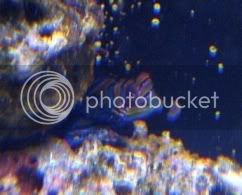 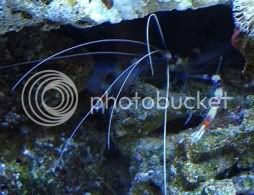 TJ----maybe you commented on it before the split--but do you think the remora will work fine without the internal overflow on it--I'm tired of the mess it makes on the surface, having to run my surface so high in the tank, and burning out pumps

I have a heat problem in the system and I can't figure it out
The temp has been running at 85.5 all week and it is not dropping
Originally I thought it was because I ran the airconditioning at 76 degrees while my wife was away. But now the house temp is at 74 degress.
With the sump in the basement the temp you to cool down a degree or two at night but it has been slowly notching up all week and I can't see where the heat is coming from
Up to now and the last few summers the tank has never gone beyond 80.
I wonder if it is that malfunctioning skimmer or pump?

If you have heaters, unplug them for now. Make sure that isn't the cause.

A pump with constricted return tubing (as we talked about in the past) can add heat.

Verify that your thermometer is even correct. Check it with two or three different ones.

Put a fan that blows down on the surface of the water in your sump. You'll be impressed. In a pinch, a frozen 2-liter bottle floating in the sump or display can help quickly cool off a small system. Keep a few in the freezer (don't fill them to the top, as ice expands as it forms) for when you need them.

kudora... I cannot for the life of me find that sump diagram that had the AquaC Remora mounted on it. I've tried every combination of words I can think of on the search engine with no luck.

Status
Not open for further replies.