These are grown under MH/XHO but are under a kessil 360 in my sump. It's hard to take pictures down there so my apologies. If interested shoot me a pm and I"ll try to get you some better pictures.

No name pieces I've had for 3+ years now:
My RRC Shazam wannabe. Very cool tight tabling smooth skin. Blue with white polyps under 14k MH, under all blues or when very happy inner polyps develop red. This is a hardy piece for survival but once fragged it loses some pop. I'm guessing it'll brown after a tank transfer. So this one should probably be for the patient reefer only. You'll be able to see my "colony" at pickup. $50

Aussie table. Structure is like a "highlighter" Coralite color and polyps are neon green, but this one develops a real nice baby blue to white base coloration on the branches. It was a finicky wild piece I got but has finally settled and is hardy now. $40 ea 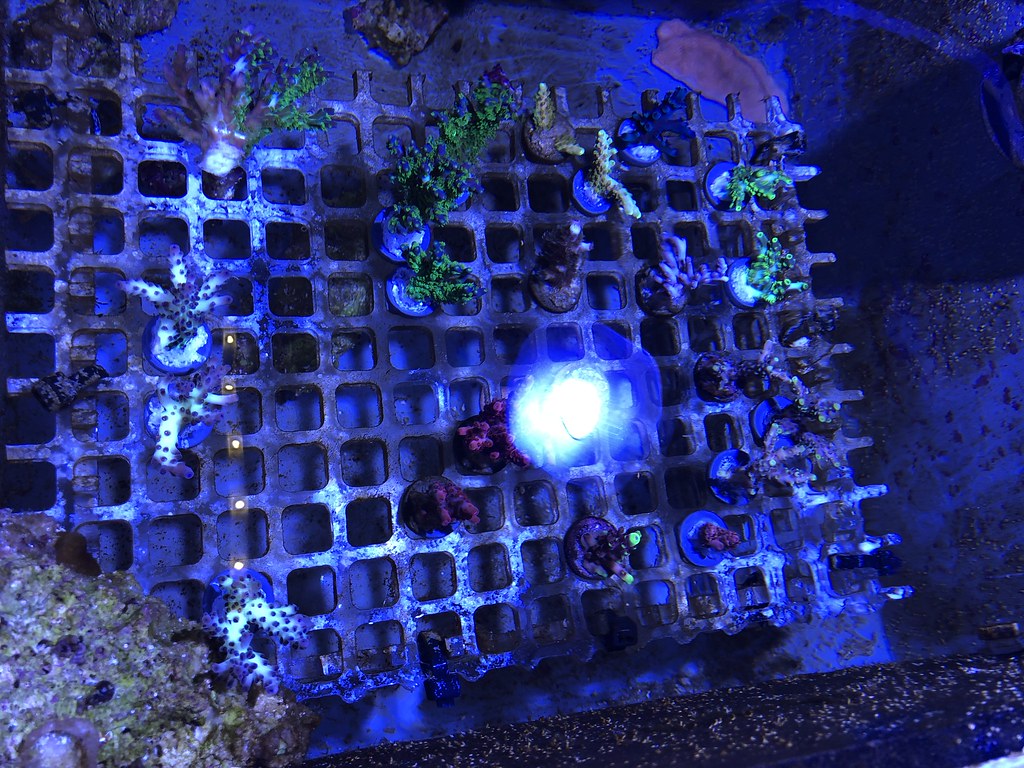 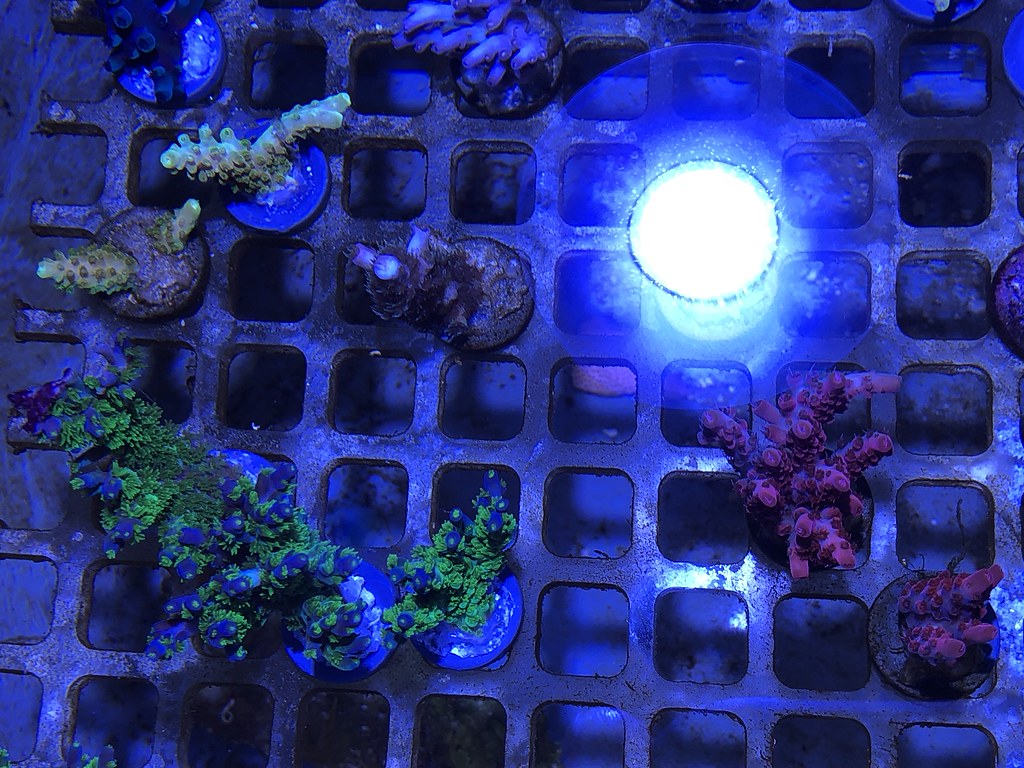 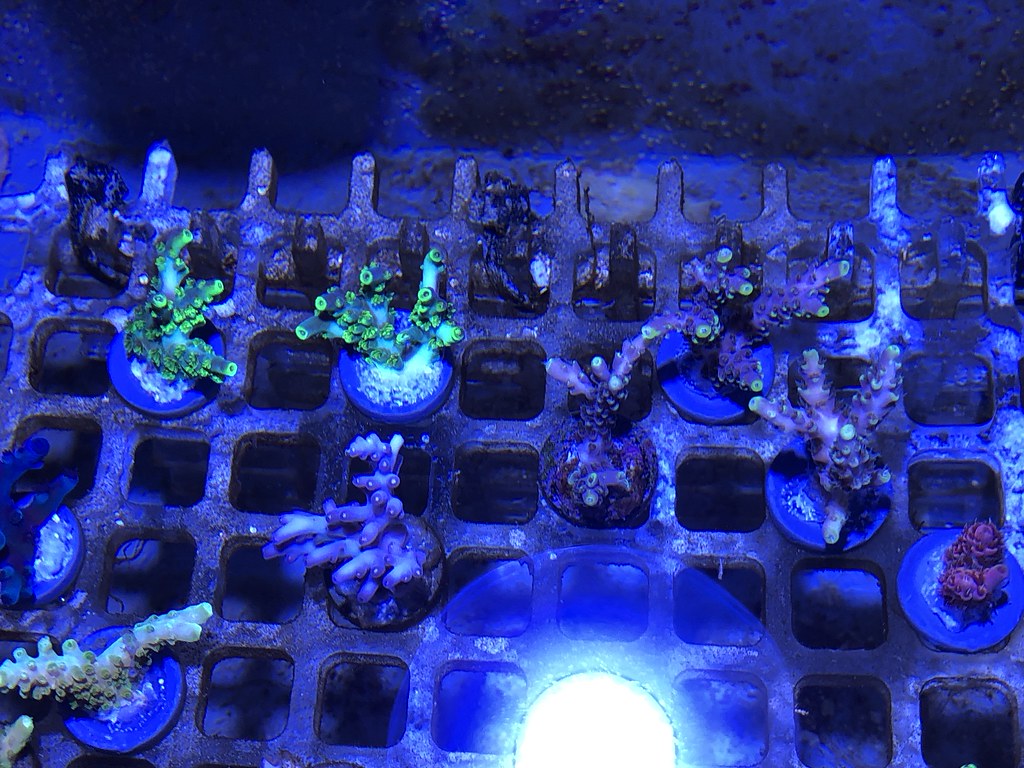 I'll try to update with some mother colony pictures. Hopefully under 14k metal halide and then some XHO. 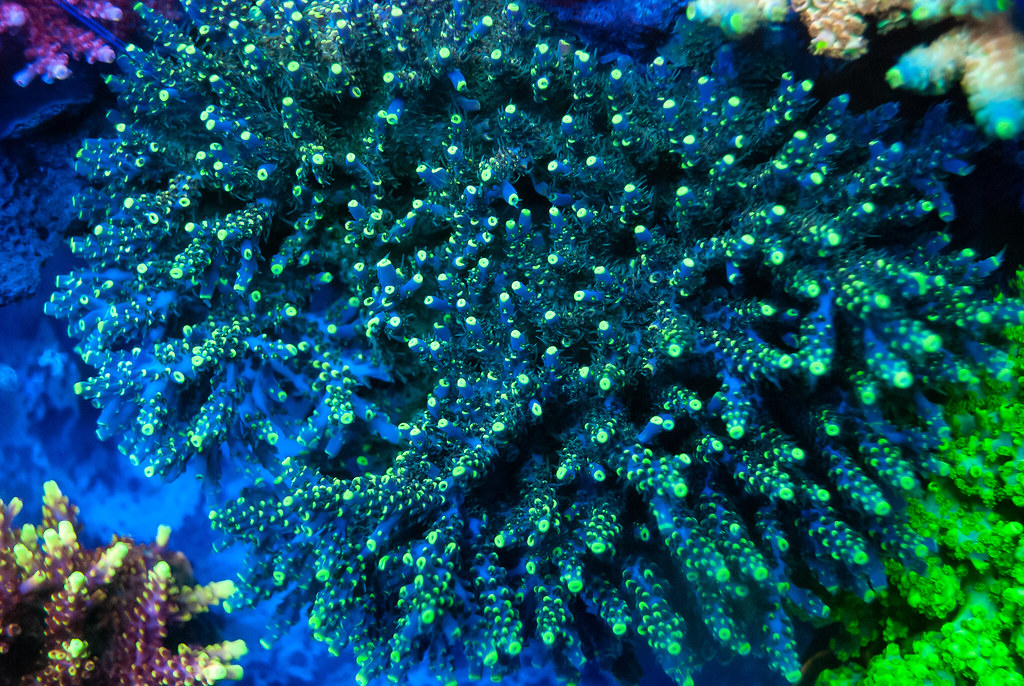 JF Flame 14k MH. You can see part of it under XHO in photo bottom left of needle polyp 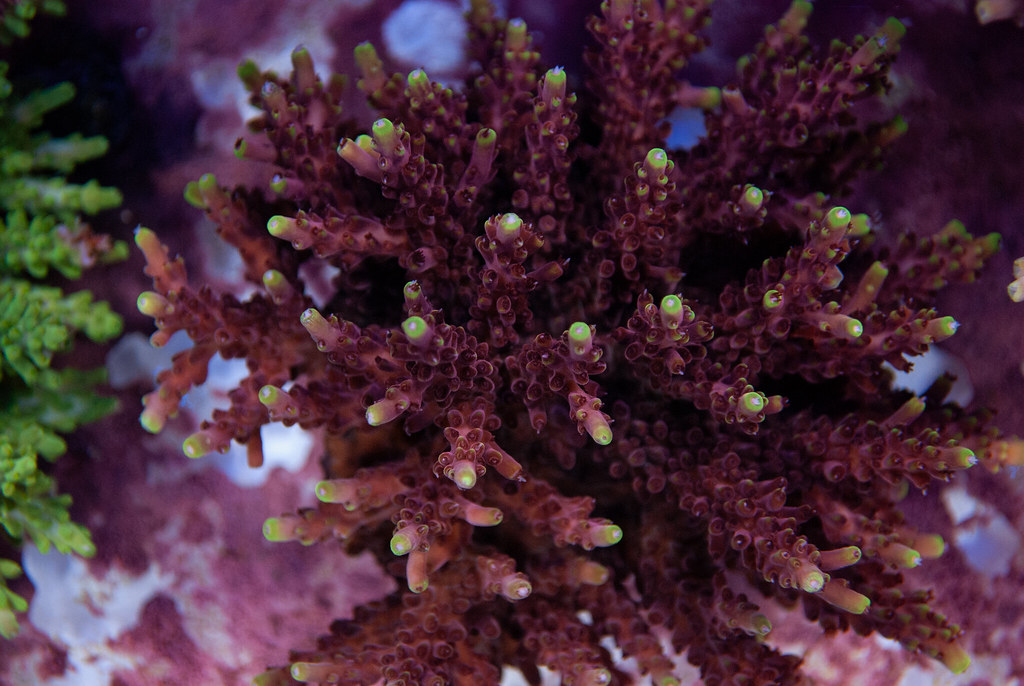 Here is a macro to show new growth under 14k. The baby blue is more pronounced under a bluer spectrum. Real nice all blue but I can't seem to get a decent picture: 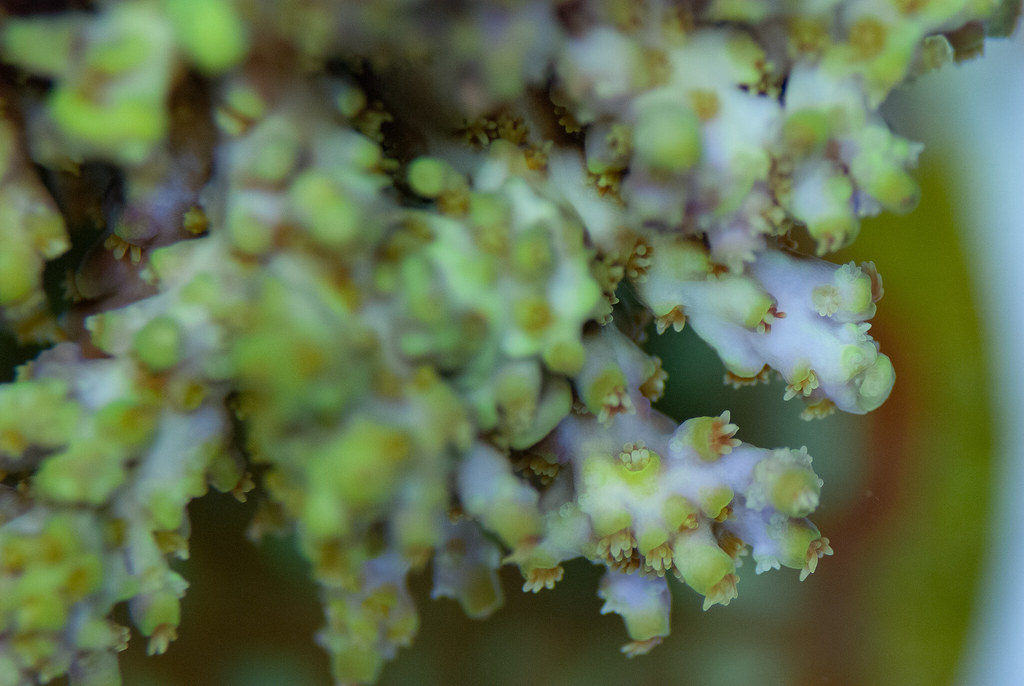 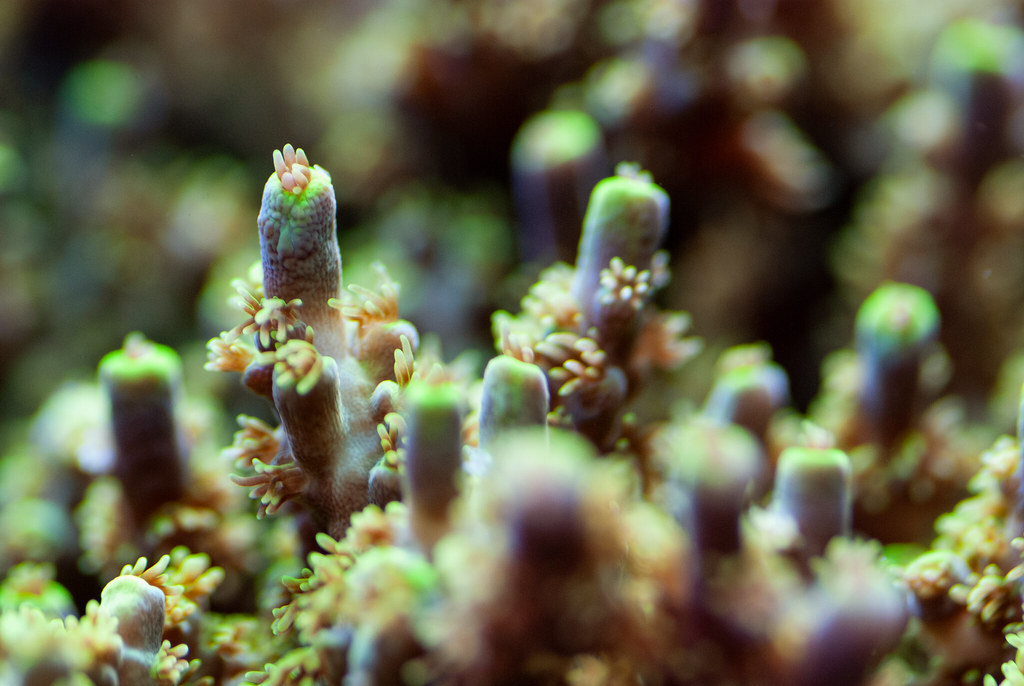 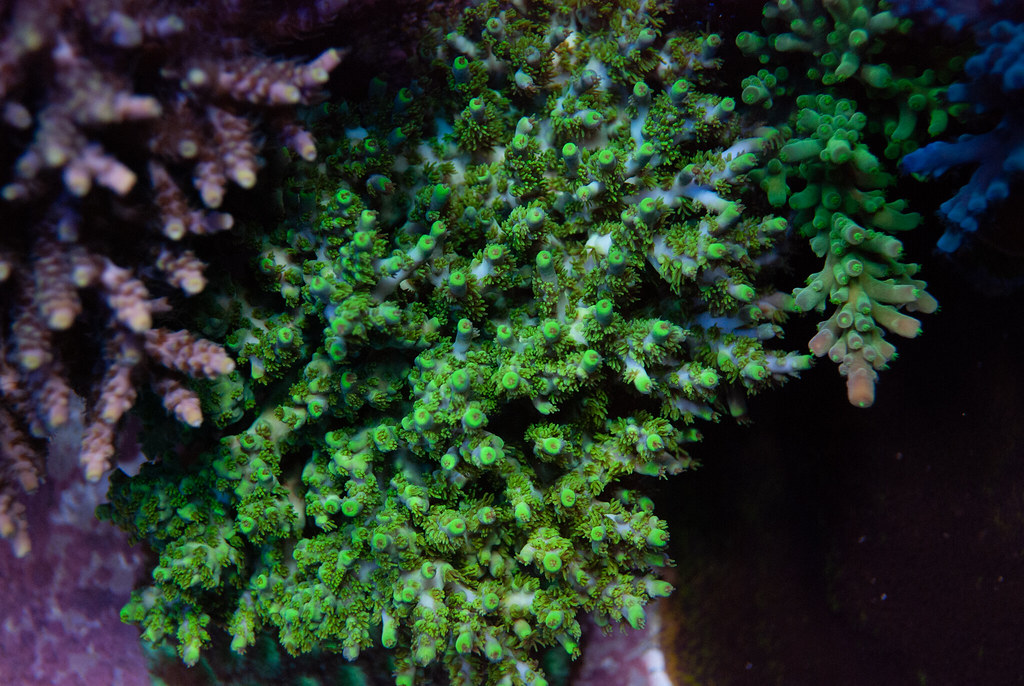 My wannabe shazam. This is from a few months ago, under the whites of a G5 blue 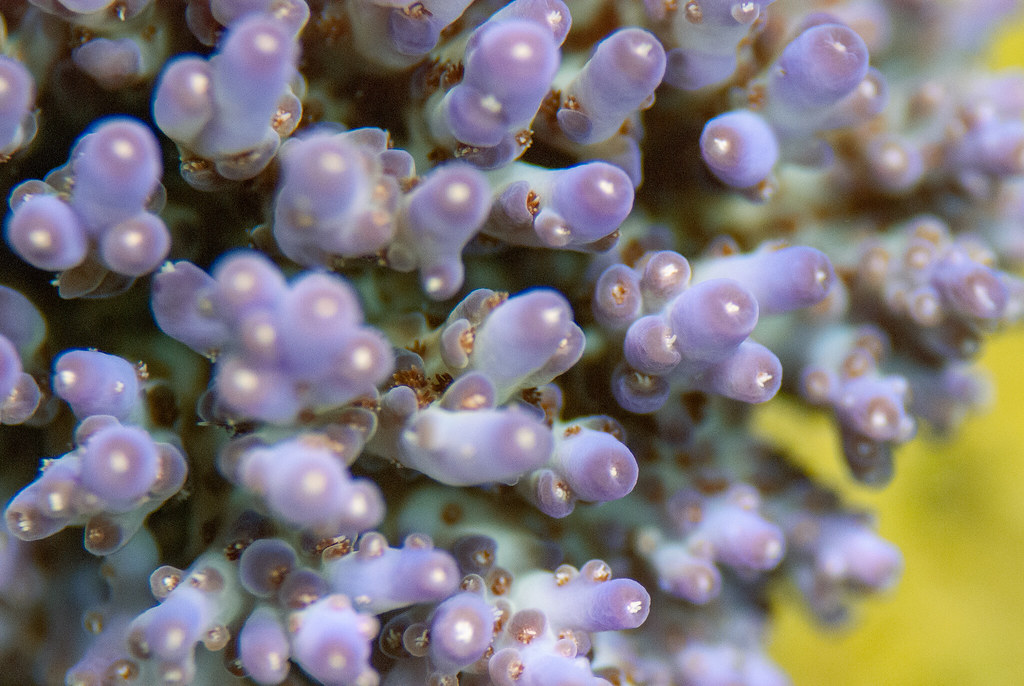 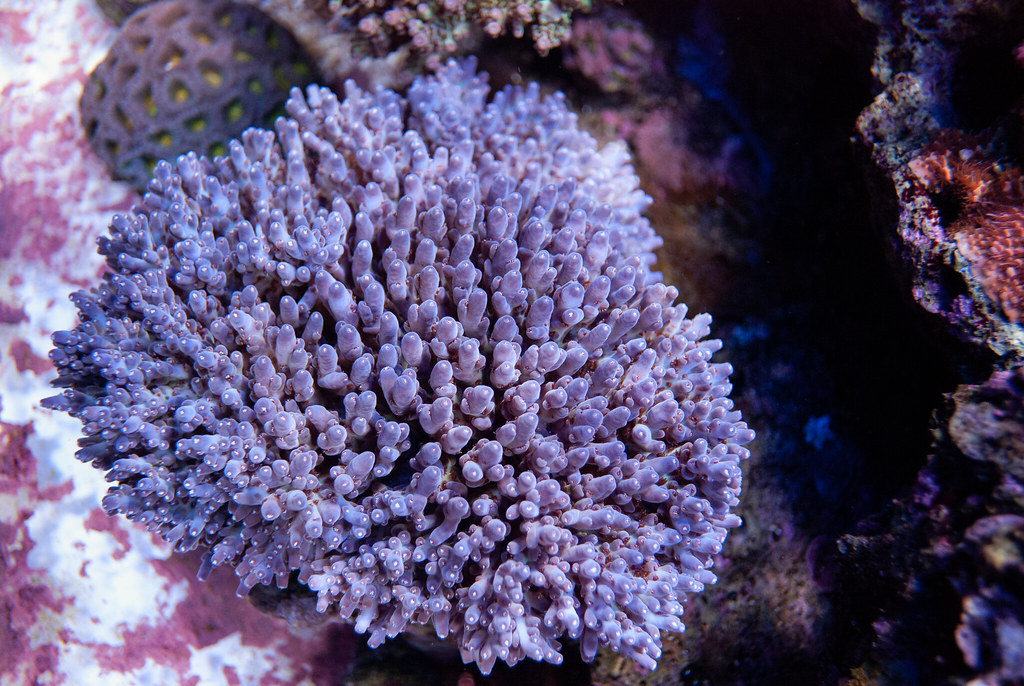 My No name red/orange millepora mother 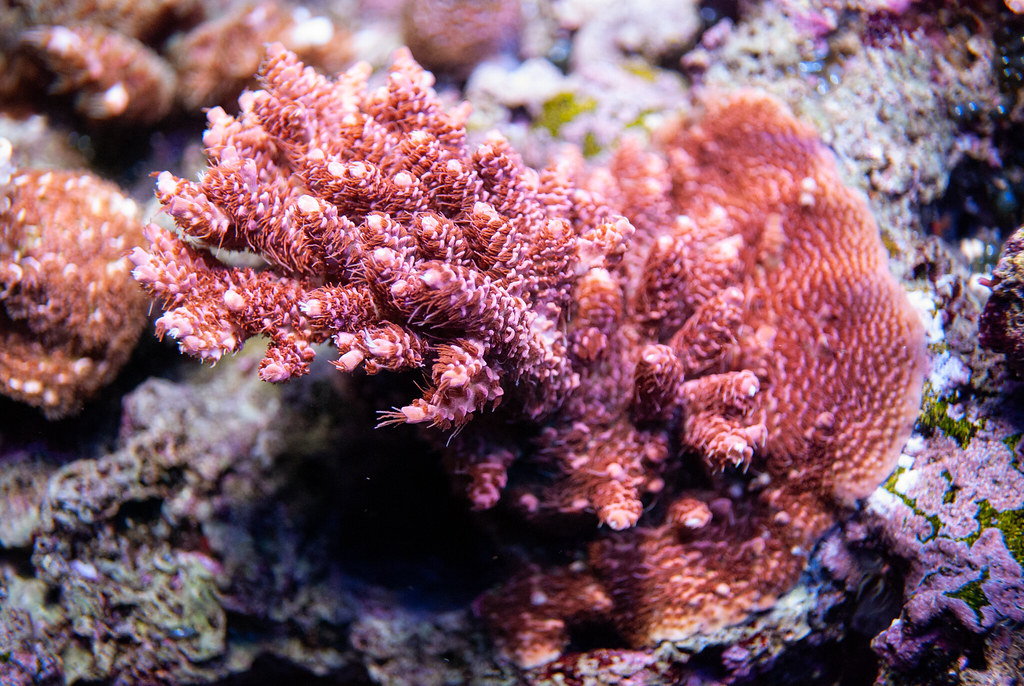 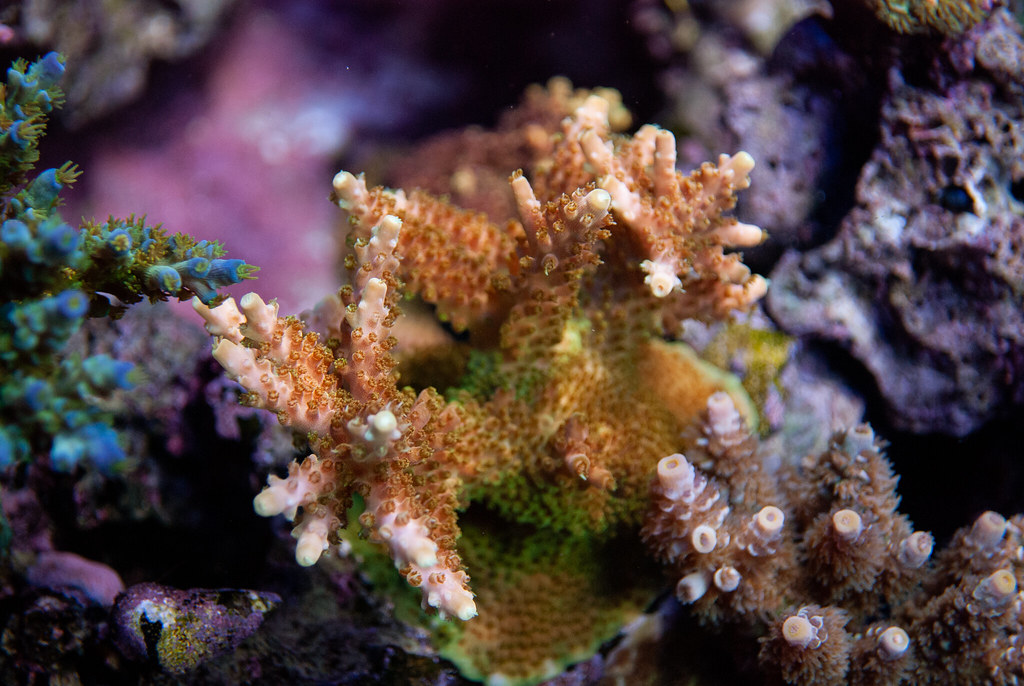 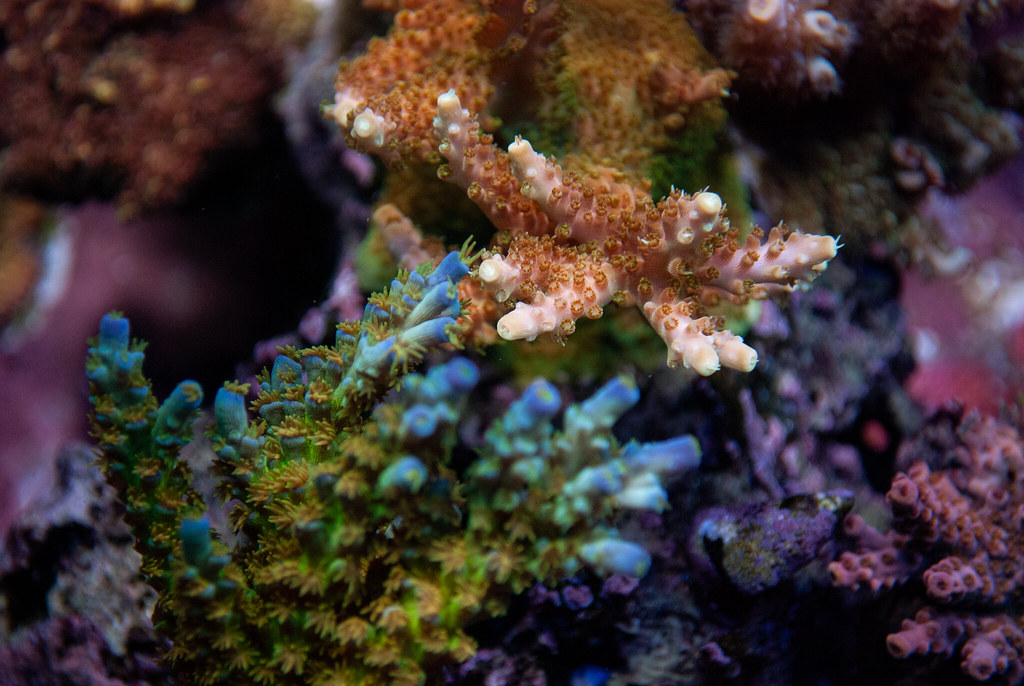 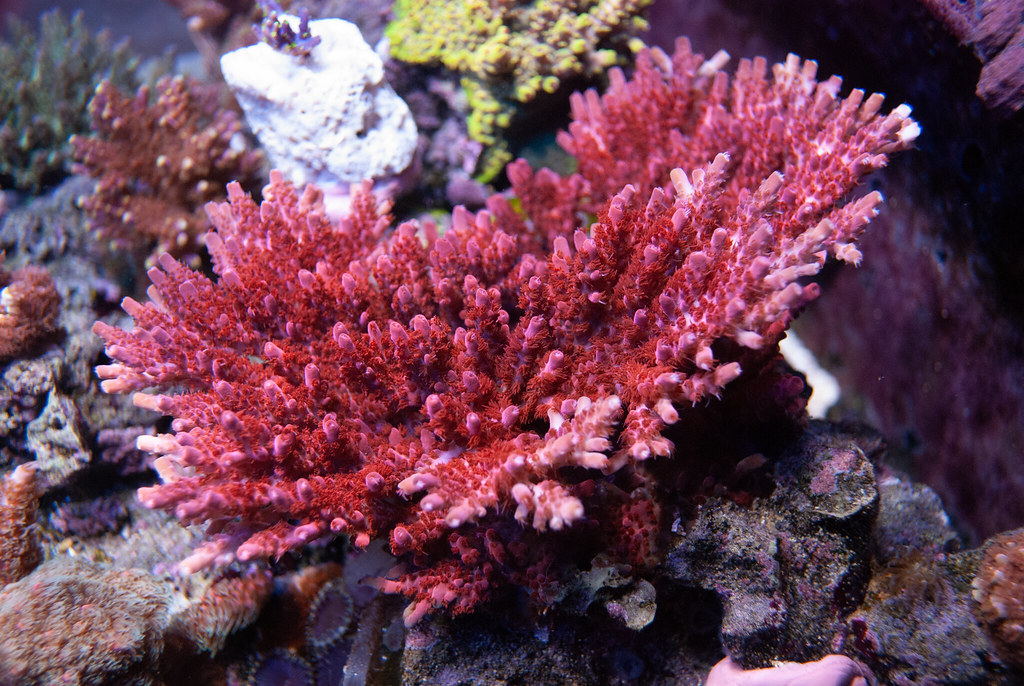 Matt's sps are on fire! Buy with absolute confidence people.

Vivid's orange crush - These are xho, I need to try to get a decent picture under day light. I'll say this is one of those all blue tenuis for the most part. It does have the cool little bicolored polyps when viewed real close. 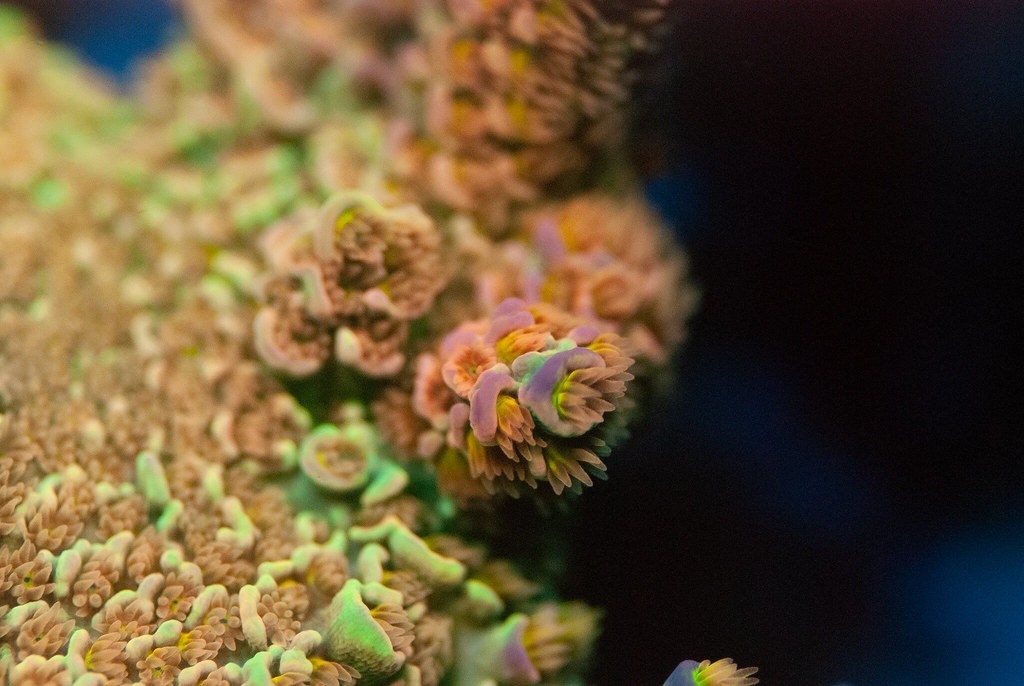 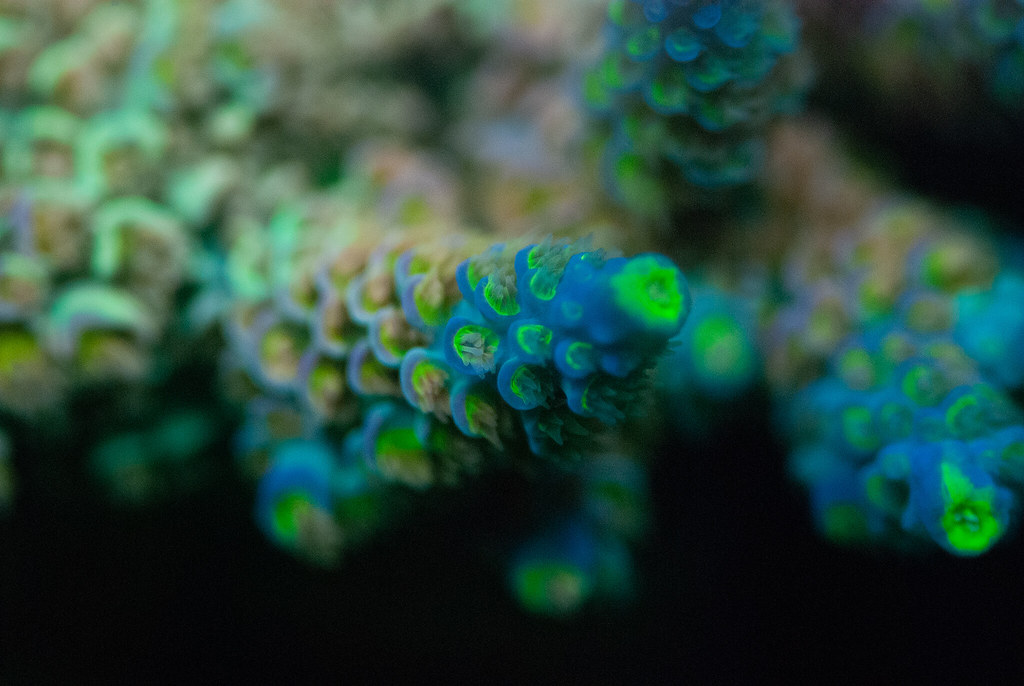 DSC_0103 by Matthew Schueneman, on Flickr
Hugos rainbow stag, growing a little bizarre for me. 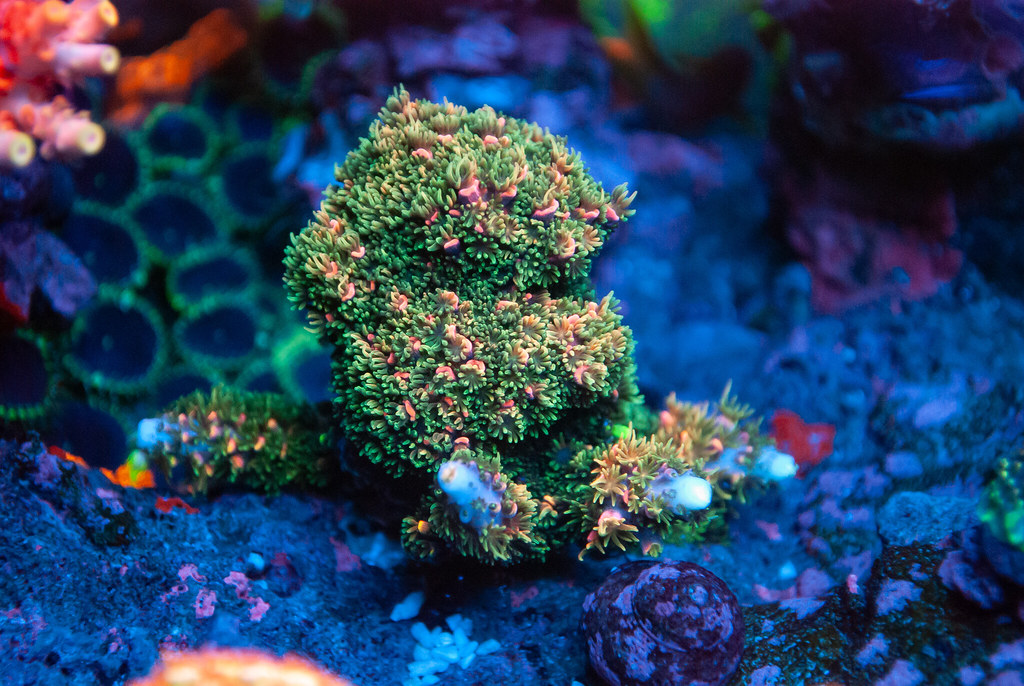 minus9 said:
Matt's sps are on fire! Buy with absolute confidence people.
Click to expand...

That's good to hear. I wish you were closer, I'd give you some more stuff.

minus9 said:
That's good to hear. I wish you were closer, I'd give you some more stuff.
Click to expand...

You're too generous John! I really like the pieces I got from you. They are doing great. I'm way past overstocked as is right now hahaha. Just can't stop collecting though. I've got a pack with a few different smooth skins coming next week.
A. Caroliniana that looks kinda like a banana lokani and two real nice A.granulosa that I think will compliment each other pretty well. Of course, all I inquired about was a PC Superman and somehow ended up with a pack HA!
M

Nice! Yeah, it's hard to stop once you're on a roll. Can't wait to see the new pieces.

What is this one? Blue with yellow polyps

fish590a said:
What is this one? Blue with yellow polyps

Sent from my iPhone using Tapatalk
Click to expand...

That SCOP ( Sexy Coral's Orange Passion) Pretty day and night, classic tenuis piece for that reason. I'm not cutting mine yet but I can let you know if I do. I also know someone who has a good size colony in the IE who might have a piece. That's who that one came from.
F

Are you talking about Dan? If so, he's already cut me a frag, healing in his frag tank.

fish590a said:
Are you talking about Dan? If so, he's already cut me a frag, healing in his frag tank.

Sent from my iPhone using Tapatalk
Click to expand...

No there's another reefer Matt who's got some good stuff out that way too. Nice frag!
F

Matt from Riverside? If so, I think that the same guy I picked up a frag pack of chalices and a frag maleficient about a week ago.


Sent from my iPhone using Tapatalk
You must log in or register to reply here.