Hi all. I'm really hoping for some help in caring for this guy. I've done a google search, and searched this forum, but I'm completely confused. Lobo can be so many different things, so I don't know what exactly I have or if it's doing ok. When i look at pictures mine looks completely different. Does this guy look ok? I've been trying to feed the past two weeks and last week was the first time I saw some feeding tentacles.

To me it looks like it isn't doing well. How often should I feed it? I've been doing three times a week. Does anyone know exactly what kind of lobo it is? Anything else I should know to be able to take care of it? I know I should have done research before I bought it and I am more than happy to find a better home for it if its care is too advanced for me.

I'll include some pictures. I'm going to have to do it in multiple posts because I don't know how to add more than one picture per post.

This one is a picture of it after having it a week.

Here is a picture taken this afternoon. It seems smaller. I know they change size depending on the day, but this is the biggest he is.

Here is a pic of it at night.

Will I ever be able to train it to eat during the day?

Iwas researching my own new lobo and thought and stumbled across this . I think that is what you have. As for care , all I have heard so far is low light and low water flow.

What size of tank and what type of lighting do you have?
http://www.neptuneaquatics.com/coral/yellow-carpet-lobo

Lobophyllia are in general very easy LPS to keep. They are in typically very forgiving when it comes to lighting and flow. Ideally to maintain the best coloration I keep mine under very high lighting. Not all specimens are collected in high light locations so some lighting acclimation could be required. For flow I keep mine in moderate flow, but reduce it drastically right before and during feeding. These corals have a strong feeding response and can easily be trained to release feeder polyps around the same time everyday.
If you stop all flow and place a food source directly on the coral, usually they will open right up.

I don't usually target feed anymore but I will give it a try to check it out!
N

Thanks so much for the tips and the Id help. I'm still a little confused, though. Is this a brain coral, or are lobos and brains different? Or maybe it's one of those all brains are lobos but not all lobos are brains.
I'm very happy that they are easy to keep. I may put a rock next to mine to weaken the flow a little. It doesn't open up much at all. There is little difference in the way it looks between day and night so that's why I'm worried.
I have four power compact lights. Two look bluish and the others are white. I didn't buy the bulbs, the people at the pet store set it up for me.

"Brain Coral" is kind of a blanket term for many different LPS. I think you'd have more luck finding guys that look like this one if you search for Open Brain or Lobophyllia brain. Maybe even Toothed Lobophyllia.

Most of those Lobos though, will puff up when they're happy. Mine took a few weeks of light acclimation to really get situated. I'm sure that yours will start looking better if your parameters are stable.

So, it looks like this guy is going downhill fast. It's hard to see in the pictures, but it has progressively gotten smaller and smaller since I've had it. That's why I was worried about it. Here's how it looks today. My other corals are doing fine. Well, all except the one I'm nursing back but even that one seems to be doing better. Any idea what I could do to help this guy? Is it too late to try and rehome it to a more experienced tank?

If I had to take a guess , I would say your alk is off.
K

Hmmph. I agree it doesn't look good. Are the mouths gaping open like that all the time? Or did you just catch it after it "pooped"?

Posting up your water parameters probably wouldn't be a bad thing. Also, what kind of lighting do you have it under?
N

I think it must have just been pooping. I did see brown slimy stuff floating around which is what made me take a close look at the tank. It's mouths aren't open like that all of the time. In fact, it looks much better today. I stuck a rock in front of it to block the flow and it has puffed up even more. I guess it just didn't like the flow? I still only saw the feeding tentacles out once so that's the only time I know for sure it has eaten, but since they are on the easier side to care for,I'm hoping I should be ok. I also have a Duncan, bird's nest, hammer, tyree toadstool, green star polyps, some mushrooms, zoanthids, ricordea, pulsing Xenia and a black sun coral. All of which are doing really well except for the sun coral, but that was in pretty bad shape when I got it. It's still in bad shape, but its eating, so hopefully it will recover. Since my other corals are doing well, I'm guessing my water is ok. I don't have any test kits, but I do a five gallon water change every week.

Hey Netta, I just noticed you also live in Mass. Where are you located? What LFS's do you go to? I live in Hopedale near Milford.
N

I live in northborough. Not too far away! I usually go to tropical isle but when I buy corals, I like to go to a local guy because his stuff seems to adjust much better to my tank. I think since he only does corals they get great care and are less stressed to begin with.

I grew up in Framingham so I know Tropic Isle very well and yes they are way over priced especially on corals. The only good thing about them is their huge selection of fish . I don't mind spending a little extra to get the fish I can not find any where else. If you go there make sure you check out their web site and print out the coupons .

I am going to private message you and was hoping you could message me back with the the address of that place in northborough. I would love to check it out.

BTW, how is the lobo looking today?

These are the 4 heads of lobo I bought on Saturday. I spit them so I could put them in my two tanks. 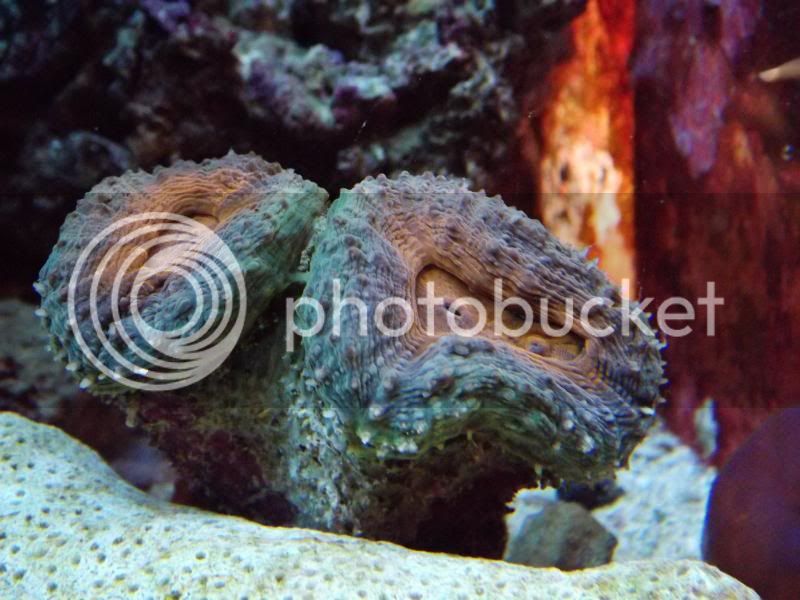 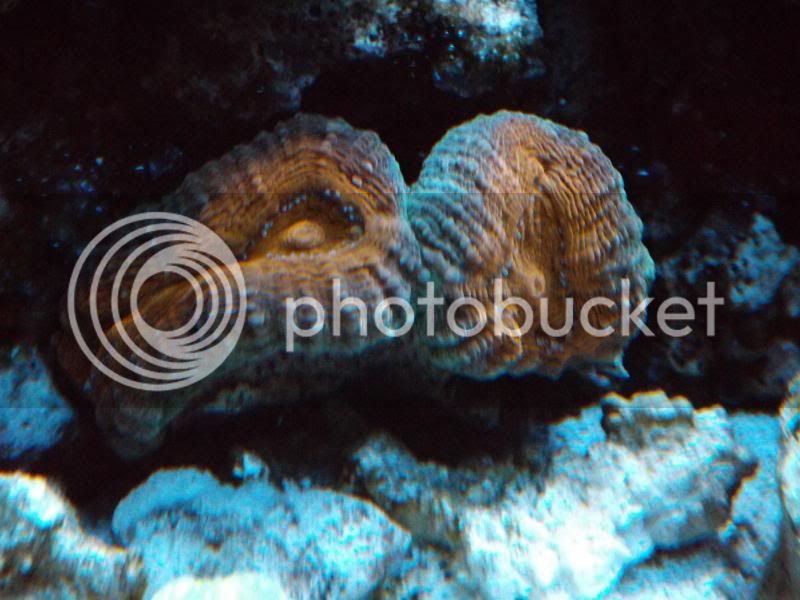 Very nice lobo! hopefully mine look healthy like that one day! right now it still looks a little thin around the edge and doesn't eat but hopefully it'll recover and thrive.
Tropical isle does seem a little over priced on some things but they've been around forever and some of the people who work there really know their stuff. I say some because I haven't dealt with everyone. I'm going to,stick with buying my fish from there because they do have a huge selection, but I will get my coral and live rock other places.
K

Netta said:
...Since my other corals are doing well, I'm guessing my water is ok. I don't have any test kits, but I do a five gallon water change every week.
Click to expand...

Without test kits, you won't know if things are going south until it's too late.

Hey Netta, is it looking any better yet!
N

Thanks for asking. It looks about the same. I never see any feeding response and it never looks very full. The good news is it has stopped receding, so maybe it'll get better.
M

Hi there.
I got this Lobo in my tank for about a year. Exactly the same once.
Here's what I can say for sure-

You can chop a small frozen shrimp piece and feed it even if it is closed. You'll have to turn off you're flow and guard the food from fish or from falling. You can even feed two or three pieces at different area/mouths of it.
The day after mine looks much much better. So I feed every other day.

One time I moved it on a rock. It was a bad idea. After a week it developed cracks all over. It quickly recovered when I moved it back on the sand.

I once was late at changing my t5s and it turned brown. Never fully gain that yellow color back. Its color is recovering but it is mostly brown now with yellow dots.

Hope this helps. If I'll have anything to add I'll post once it comes to mind. And remember- this guy can eat like a pig.
You must log in or register to reply here.

R
Whats this on my lipstick tang? HELP