I figured I'd put a thread up here on my 120 like Tom has on his 75...not that anyone really cares, but its kinda neat to see Tom's and figured I have the time so why not

My tank is a 120 AGA with a custom canopy and an ugly 4x4 stand. I bought the stand/sump/tank/canopy/pumps/lights off Ebay for $400 and upgraded my current non-drilled 120 softie reef to this and started my mixed reef. It has approximately 250 pounds of LR (give or take 50 lbs), and at last count I have over 50 species of coral (softy, lps, and sps). I started my softy reef around 2 years ago when I had begun buying complete systems on ebay, parting them out, and turning a profit on them. It really worked out great for me, met some nice people, and pretty much got everything I have for next to nothing (until I started buying corals around 8 months ago.) It had 8x65 watt PC lighting, and I thought it was the greatest thing in the world. Well, since then I've learned a lot and would never go back from MH lighting except maybe to go T-5 but budgetary concerns are holding me back right now. The sump (a 40 gallon glass tank) has rubble rock and several old Emperor cartrigages filled with Carbon for chemical filtration. It is run by a Little Giant 1800 gph pump split to two separate returns. The tank is drilled for a closed loop, but I'm not currently using it. The ballasts and lights were homemade by somebody, but currently runs 2 250 watt MH bulbs fired by M58 ballasts. The bulbs were a cheap purchase off Ebay (relatively) at $60 for the pair, and were supposedly 14k. They look more like 12k in that they're almost straight white with very little bluish tint. The 2x110w VHO bulbs add actinic supplimentation.

In mid December, I added a 29 gallon propogation tank with PVC/eggcrate racks. I put a barb on the PVC, drilled small holes throughout, and hooked a penguin powerhead up to it to provide the majority of the flow. The rest comes from a coast to coast pump system run by a little Mag 5 that sits in the sump. Water flows from the propogation system into the 20 gallon refugium (currently with no macro algea) and through the UV Sterilizer (a Coralife 9x turbotwist.) The light is a 250w 14k MH. 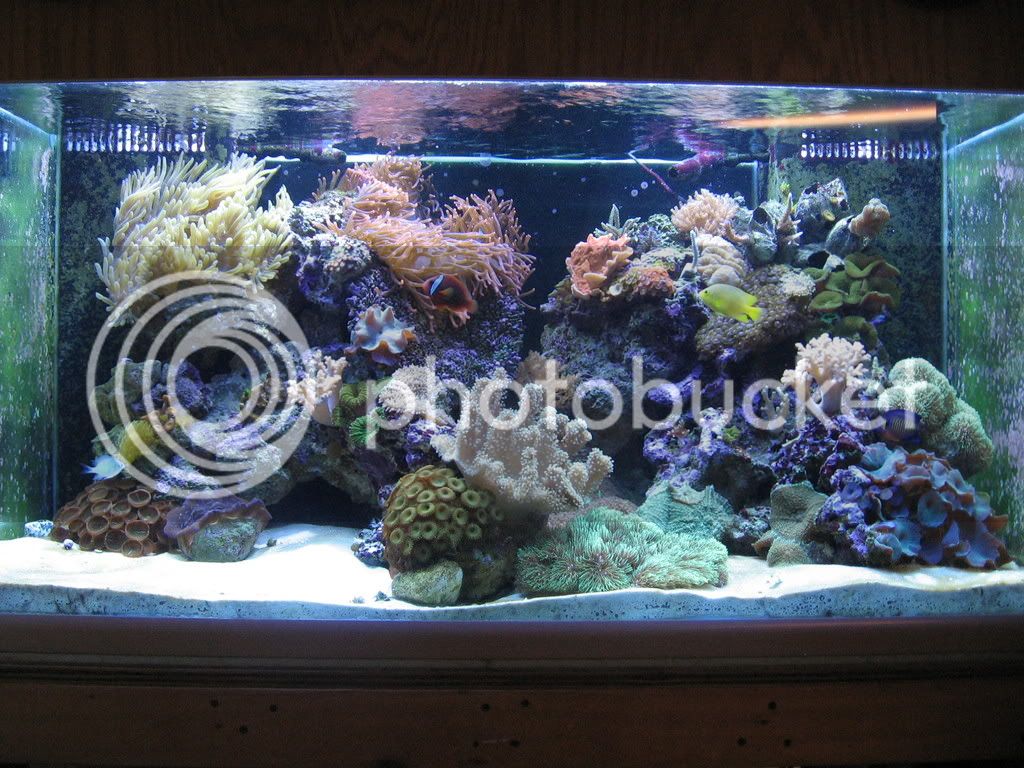 ORA Miami Orchid I got from a guy down in Charleston 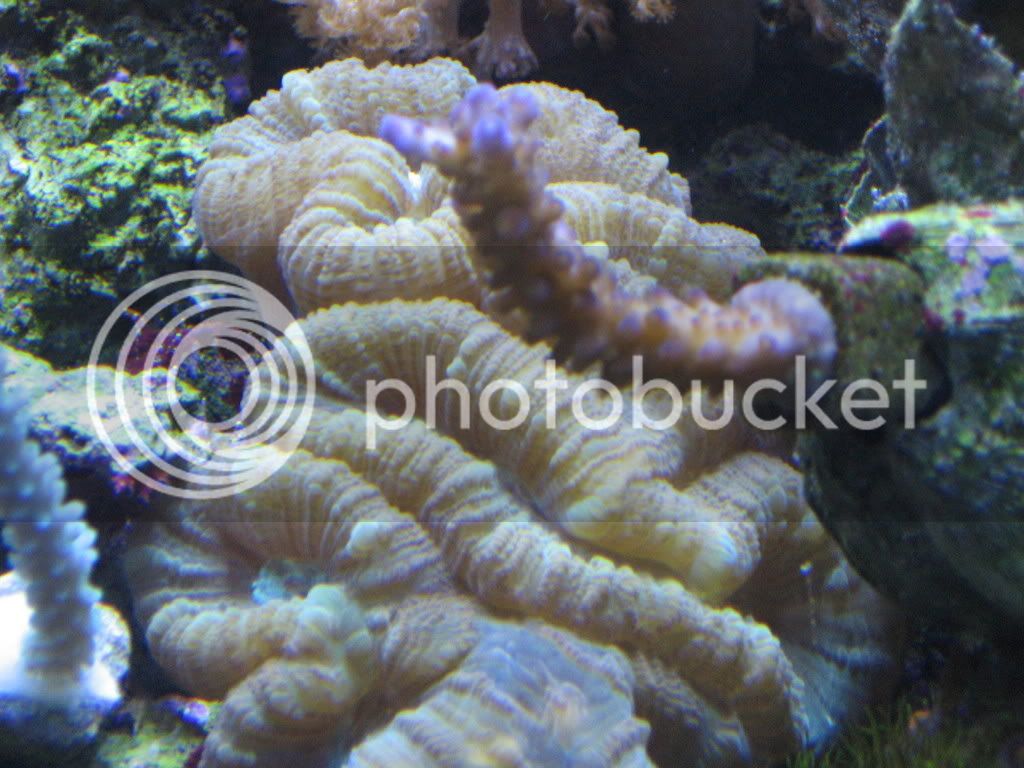 Blue Stag got from the same guy 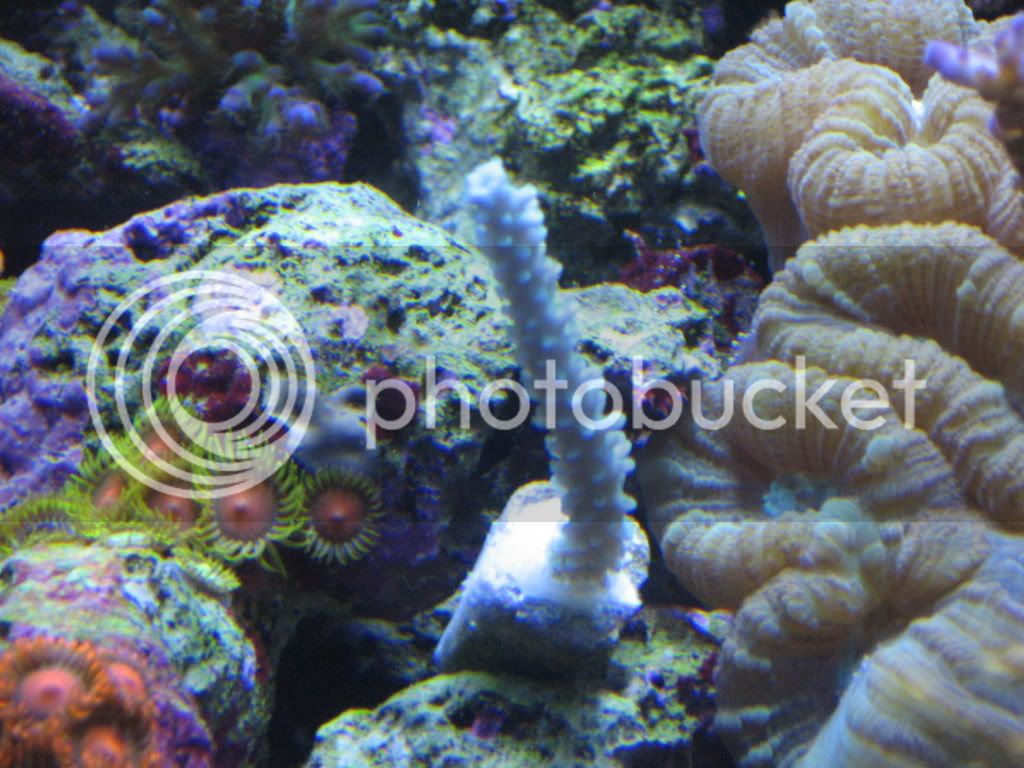 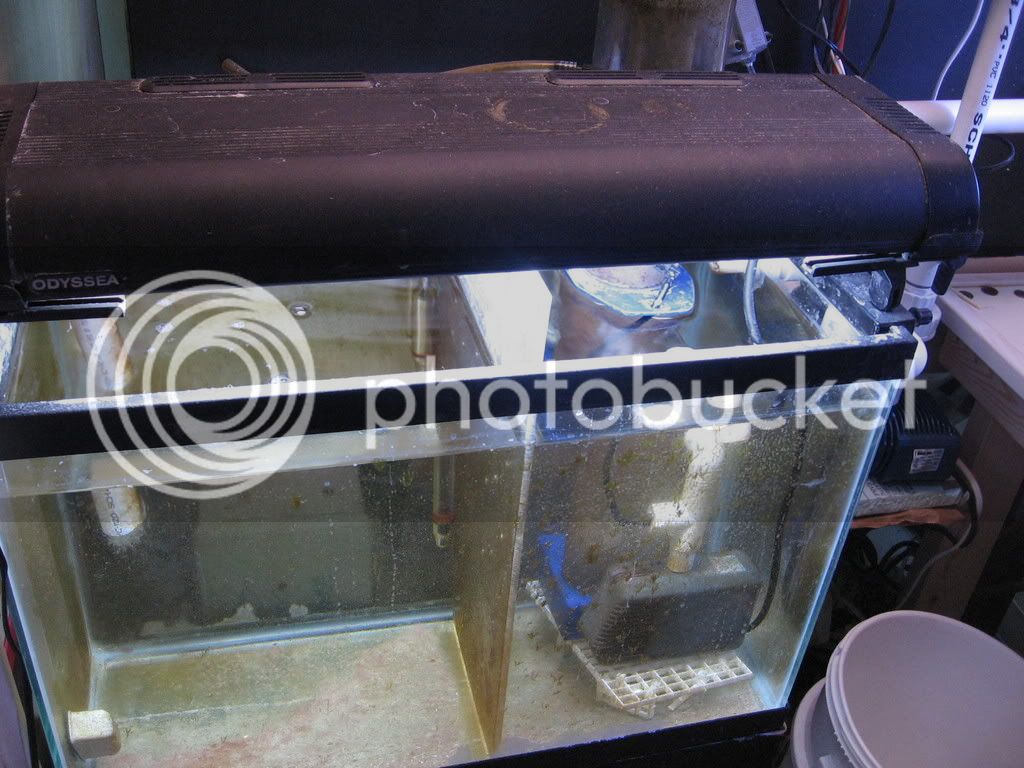 Aussie Hammer from pattyscoral on Saturday 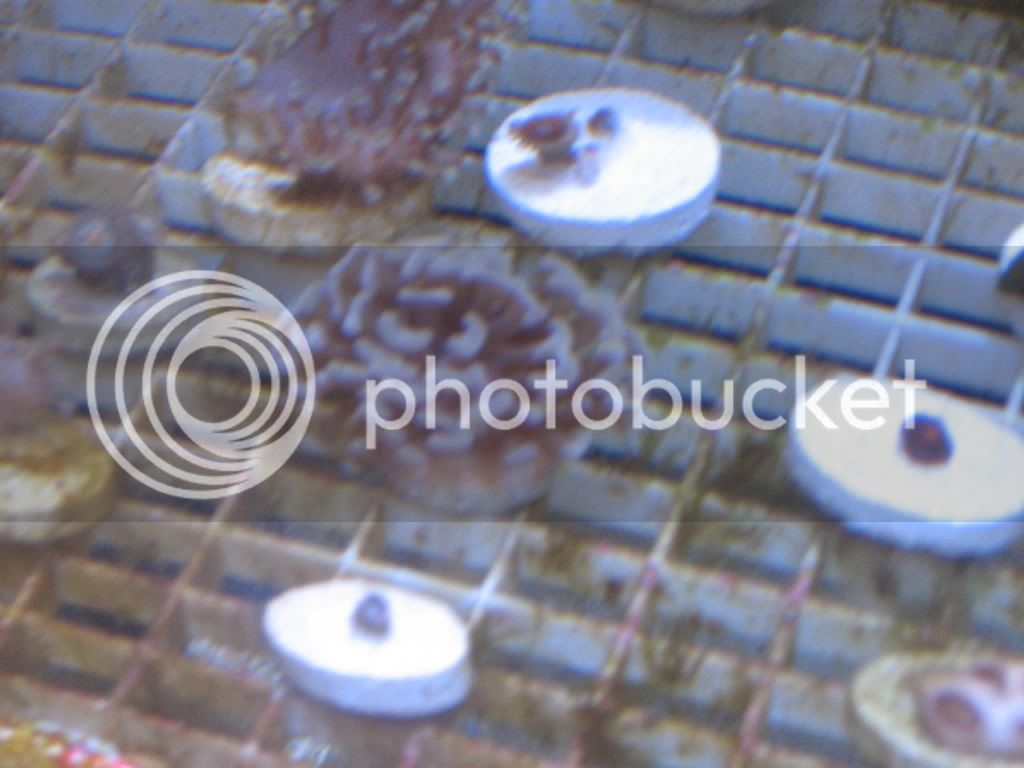 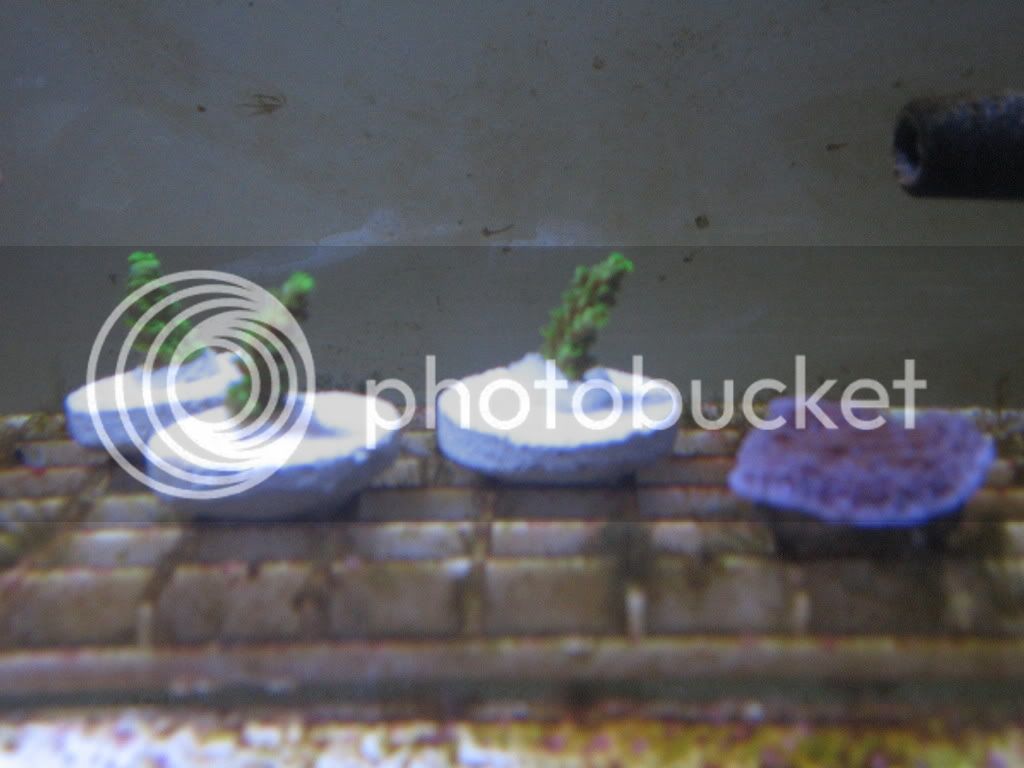 A lot of my acro frags I've gotten recently. I'm letting them grow out, will frag them once, then put them into the display. 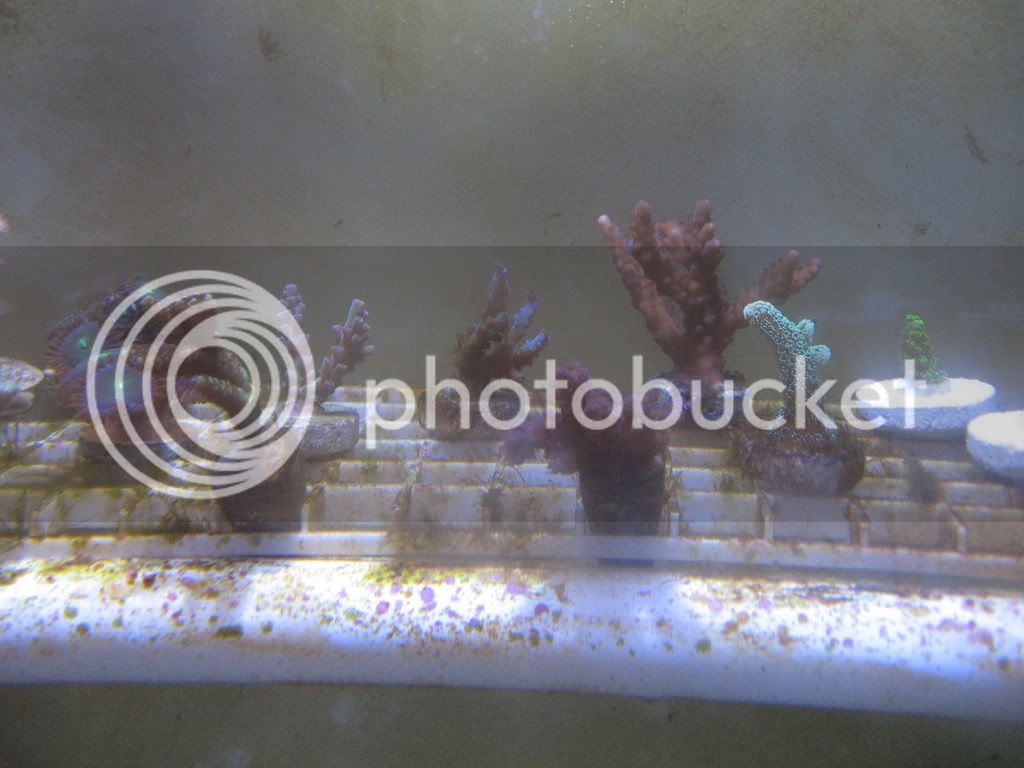 My Crocea clam, bought back in Dec from pattyscoral 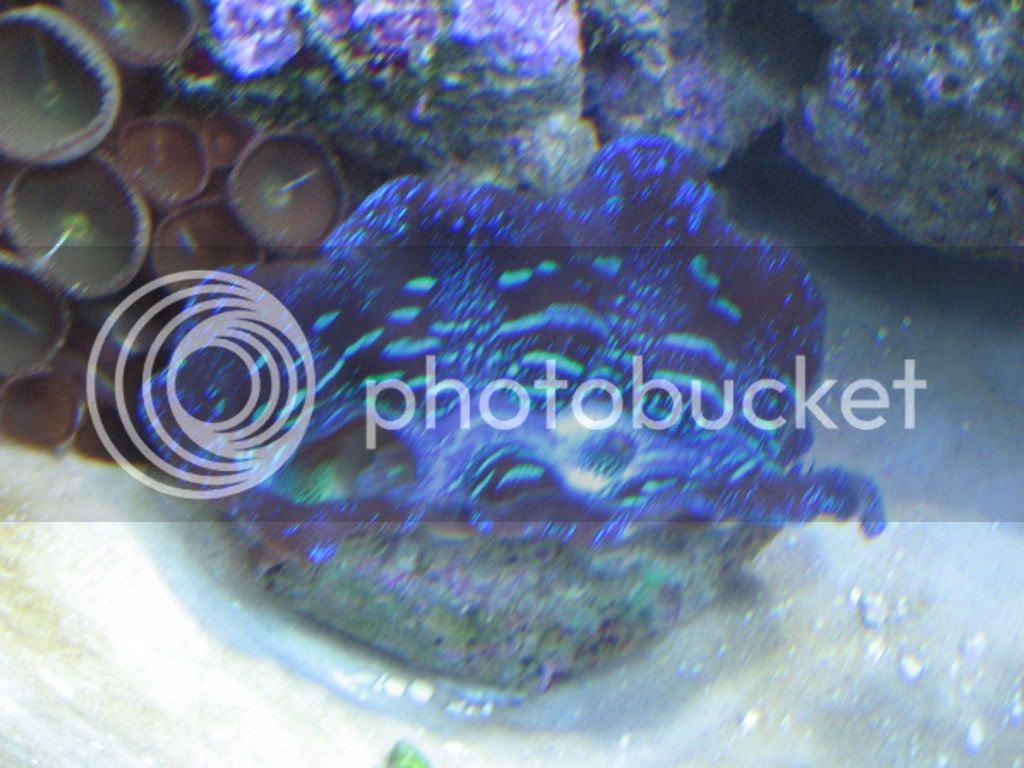 The pink keeps being a nuisance. They're so huge and take up such a large chunk of real estate, but I LOVE the movement and just can't bring myself to can them, plus the pink is attatched to a rock that's about 40 lbs, so he's not going anywhere any time soon.. I hope to upgrade to a 220/240 in a year or so, and then would have enough room for both of them, so I'm thinking I'll just put up with them until then.
V

hey hows the blue tort i sold or traded you

I bought it with the green acro for like 20 bucks I think. The trade was for that monster devil's hand (which I've taken 6 frags off of with no noticeablely diminished size.) It's been growing pretty steadily. I've got pics of it somewhere too... 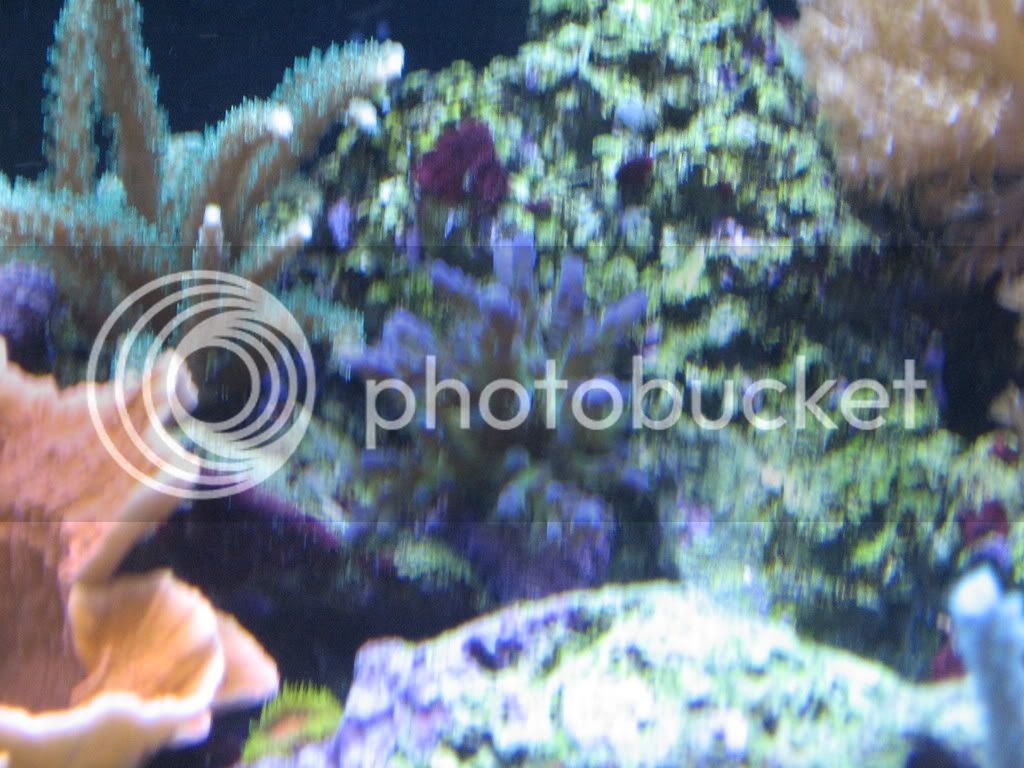 And a little more in focus. 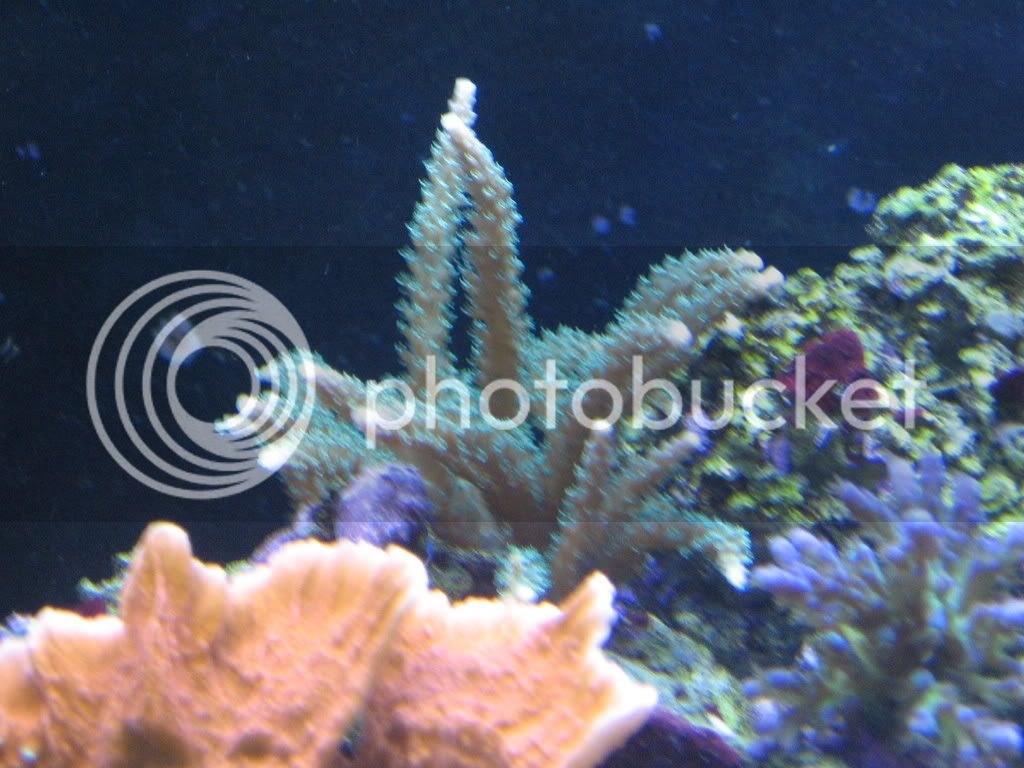 The frag tank all set up...