You waited patiently for the announcement so, here it is...mark your calendars folks!

This will be open to everyone but, CTARS members will get the AWESOME deals!!! Do you have your card?


Justin Credible will be at the store to say hello and talk with everyone!!! 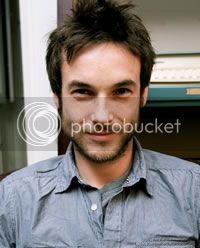 Justin's Bio:
Justin Credabel Grabel was born and raised in New London, CT. He starting keeping and breeding fish at the ripe old age of 11, which kicked off a lifelong passion for all things aquatic.

Over the years Justin has developed methods for propagating the various species of Goniopora, fusing coral through grafting techniques, and pioneered the use of hydrogen peroxide in coral husbandry.

Recently Justin and his lovely wife and children moved back to the East Coast from Los Angeles, where he was running large scale coral aquaculture operations.

After 18 years in the aquarium industry on the retail and wholesale, it was time to start a new venture, Reef Generation, with fellow industry veteran Laura Birenbaum. In partnership with Atlantis Long Island Aquarium, ReefGen is growing and marketing coral, fish and other aquatic organisms with the dream team including aquarium curator and co-founder Joe Yauillo, and fish breeding expert Todd Gardner.

Justin Credabel's food, Goniopower, developed for the successful aquarium culture of Goniopora has been released by Two Little Fishies, and is available at retail and online stores around the globe.

Justin is also a musician and finds the line between art and aquariums blurred. His band Incognito Sofa Love has been playing the last 13 year and can be seen online, heard on CD or experienced in person.

We will post the CTARS member sales as we get them!
​
P

Justin is the one that got me started in the saltwater hobby. I used to get my hair cut at johns barber shop right next to fin amd feather over 10 years ago. I have always lived anything to do with fish and wanted to start a tank was planning on freshwater. I walked in kinda talking crazy I said I would live to do salt but have always heard it was very hard. He said it wasnt to bad so I went with it and bought a 55 gallon with a helios pc light. He got me started another day I walked in and they were upgrading their display tank from a 90 to a 180 so I bought the 90. That was my first tank with a sump. I ended up moving and my uncle has that 90 still. So it will be cool to see justin its been a very long time

Woot woot!!! Nice and close...I'll be there laughing at everyone spending there money on awesome livestock...lol...

BfishLpond78 said:
Woot woot!!! Nice and close...I'll be there laughing at everyone spending there money on awesome livestock...lol...

Lol, you should be the one out back smoking up some grub on that smoker of yours. :thumbsup:

I will be there.

I'm there for sure

This should be stickied so it doesn't get lost

Theres gonna have to me alot of monster involved for me to make it. Work at 430 am on a holiday weekend. Ill hopefully be there.

phillrodrigo said:
Theres gonna have to me alot of monster involved for me to make it. Work at 430 am on a holiday weekend. Ill hopefully be there.
Click to expand...

I do the 430 thing every morning..... and yes monsters always involveD

Anybody from my neck of the woods (Simsbury - Farmington Valley) want to ride down with me?
P

Any idea of what the sales are gonna be yet?

BubbaBoBobBrain said:
Any idea of what the sales are gonna be yet?
Click to expand...

Sales will be announced later today or tomorrow.

kb1094 said:
Sales will be announced later today or tomorrow.
Click to expand...

Here it is folks...a starter list of this weekend's sale!
There is more to come

Justin will be doing a talk on Hydrogen Peroxide and its uses to fight algae!


This will be open to everyone but, CTARS members will get the AWESOME deals!!! Do you have your card?
​
You must log in or register to reply here.

Thursday at 5:31 PM
BlennyfromtheBronx
B
W
What is fish health management?