New to the hobby. Need help with identifying.

My name is Russell and I've admittedly developed an addiction. To this new hobby of mine. Now that we've covered that, I'll explain what I've done.

My roommate and I decided to split a tank. We got a 55 with LS, Skimmer, Magnum filter system and lights. We split the cost on everything at our LFS. Just shy of 500 later I decide I want a nano too. So I found a used 29 Coralife. Which had upgraded lights and stand for 150 ($teal). I purchased the Hawaiian black live sand and 30 pounds of LR. 3 days after setting it up I purchased a crew because I had a brown bloom. When I picked up the crew I purchased a few clowns as well. My LFS gave me a Birds of Paradise frag too. Now a week later I have what appears to be neon green coraline. (Not slimy or hairy) But these little green rings appeared. I assume they are what I've read as snails. But with coraline on them. Please take a look and give me your best opinion.

Mind you I'm just over a week in this. It's going very fast.
E

Nothing? Ok, well I'm going to assume my hunch is correct and simply scrape the guys off if they get too invasive or unsightly.

something in the way of a picture might help.

and FWIW - scraping many organisms off, unless done very carefully, will actually make the problem worse. It depends on what we are talking about, but there are many successful methods of taking care of unwanted growths.

I see what you are talking about but I can't make out anything. As billdogg suggested scraping things is often a good way to spread them around.
E

I've posted my Dropbox album. There is a picture with the round things I'm talking about in it. But I'll link it.

Thank you. I'll leave them be unless they build up too much. Just found Aiptasia too so I have that to worry about.

I wish I could slow this tank down a bit to give myself a bit of some time to further play but it's moving with or without me.

Thanks again for the info.

Premium Member
It is up to you to QT anything wet you put into the tank. If not then it is in the display and you deal with it there if at all.

be careful with that addiction. You could end up like me... 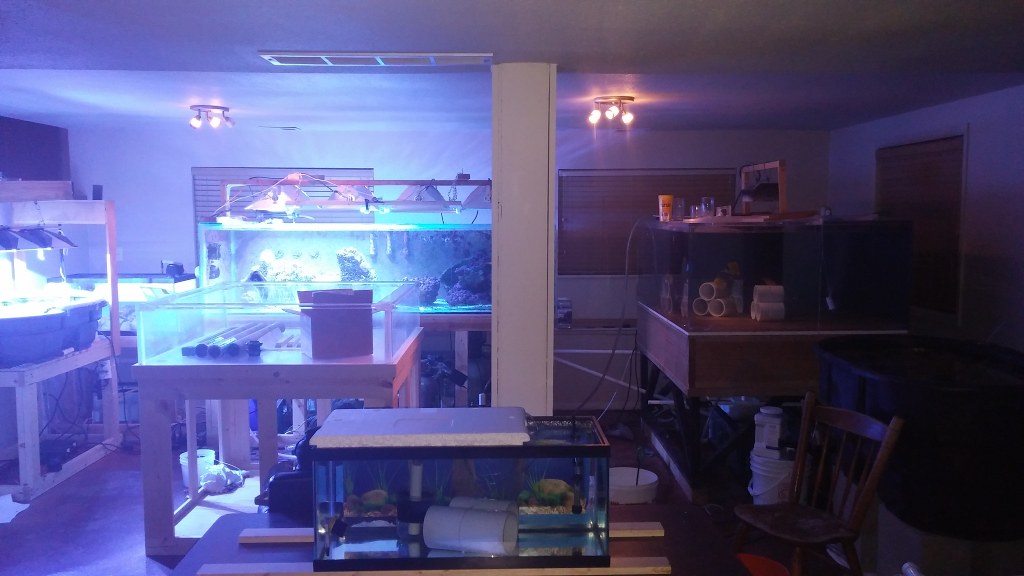 btw I can't see those images. I don't think you have the right links.
E

I had them. Dropbox doesn't like me sharing them ("We're not a host") and disabled them. I'll fix them up later. I just don't have time to sit down and edit them smaller. I'll may r start using photobucket.

Staff member
RC Mod
Get a free photobucket.com account and upload your pix to that. It automatically resizes them for the internet, and maintains them as a ready-reference library, plus it provides you a ready-made url for it, which you can paste into the little pix-icon dropdown in the box in which you write replies.
You must log in or register to reply here.

B
Back in the Hobby. Need Advice!

Need help with an old tank

B
Here I Go Again: Back in the hobby- Need Advice